Why Traveling as a Female Rocks (and Why it Sucks)

Today, March 8, is International Women's Day. It is, quite literally, a day to celebrate being a women. I've already received a few Facebook messages congratulating me. As if I had something to do with determining my sex.

Even though I have some mixed feelings on a day celebrating women (I mean, shouldn't we be singing ourselves praises and celebrating our awesomeness EVERY day?), I cannot deny the fact that being a female impacts my life — especially as a traveler.

If the recent #WeGoSolo movement is any indication, female travel is definitely popular and definitely a hot topic right now. Women are traveling solo, with significant others, and in groups all across the world. 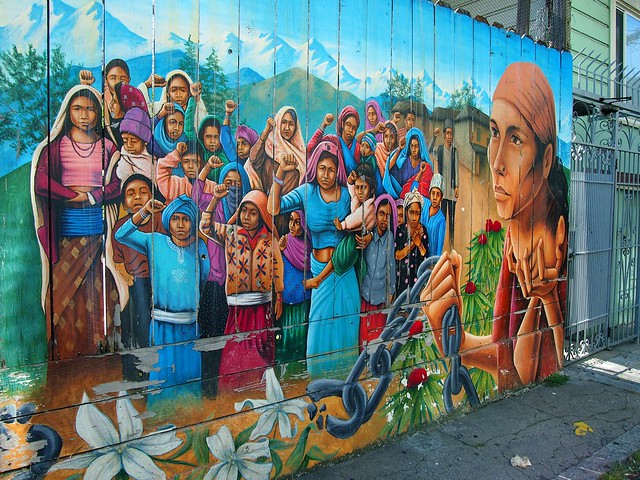 So, in honor of the “holiday” today, I thought I would look at some of the reasons why traveling as a female rocks — and also why it kind of sucks sometimes (and yes, some of these ARE tongue-in-cheek, so please don't take me TOO seriously…)

Yes, they exist, and will likely continue to exist no matter how large of strides women make. Women are supposed to take on certain roles, have certain types of personalities, and be capable (or incapable) of certain things. I'm not saying I agree with these stereotypes, of course, but there's no denying that they are there.

Pro: The positive to these stereotypes? Well, as a solo female traveler, you are much more likely to find a nice person (male OR female) willing to help stow a bag on the train, give you directions, or simply sit and chat for a while. Traveling as a women (and especially solo) often means that people are looking out for you, no matter where you are in the world, and that is encouraging.

Con: The downside, of course, is the reason behind people looking out for you — the fact that women are very often viewed as being weak and incapable and in NEED of looking after. These gender stereotypes can also lead to some uncomfortable situations on the road, such as in cultures where women traveling solo is frowned upon, or in cultures where women are supposed to be wives and not much more. In some extreme cases, women can also be the target of unwanted attention, advances, and even violence simply because of our gender. The fact that women have to be more vigilant than men while traveling kind of sucks. 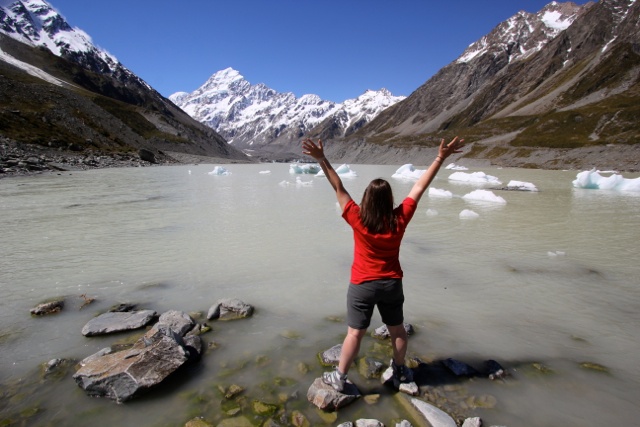 This applies to men somewhat, too, but especially to women. Mostly in Western cultures, there is a very clear image of what women should “ideally” look like.

Pro: In countries other than America, body image isn't such an issue. Yes, women are still concerned with diets and their figures, but they are much more comfortable with showing off what they've got (I mean, have you BEEN to a spa in Europe, ladies??). While traveling, therefore, I've found it much easier to embrace the body I have instead of obsessing over the one that I'd like to have. As far as body image goes, travel has given me more confidence — I don't feel pressured to fix my hair or wear tons of makeup or dress up when I'm on the road, which has led to me becoming much more comfortable in my own skin.

Con: Once you start caring less about your appearance and loving your body, you may decide you want to show it off more. This is definitely frowned upon in certain cultures, however, and it can be tricky sometimes to balance your confidence with what is culturally acceptable. Plus, heading back home to where things like wearing makeup, pants, and real shoes are expected could end up being a bit of a culture shock! 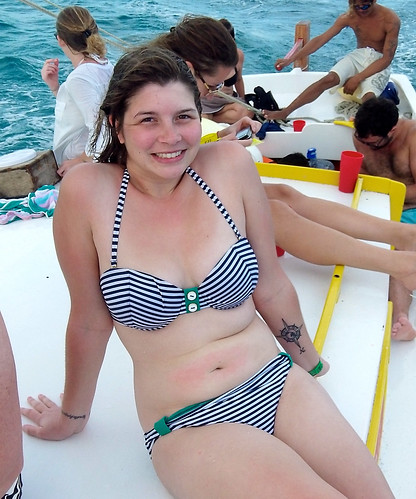 In America especially, there is a clearly defined path that we are supposed to follow (and supposed to WANT to follow) as women. We're supposed to go to school, get married, and then pop out babies.

Pro: When you travel and have your eyes opened to the world, you may realize that the clearly defined path from back home is bullshit. You CAN break away from the pack, and traveling can help you re-invent yourself. Especially if you're moving around frequently and meeting new people all the time, traveling offers up the perfect opportunity to let your guard down and let your true personality shine through. There's nothing stopping you from being the type of woman that YOU want to be on the road, instead of the one that society says you should be.

Con: Is there really a downside to discovering yourself? Well, perhaps. If you change a lot on your travels, there's always the danger that people won't recognize you when you come home. You may have to use your new personality to make new friends when your travels are over, because you very well might have outgrown your old ones. 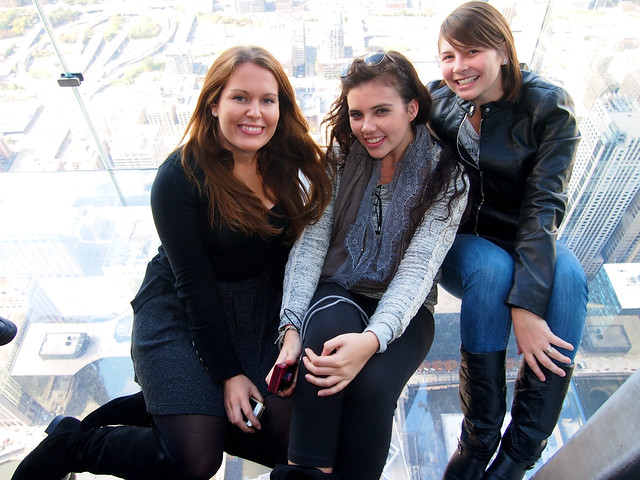 Yup, I'm going to talk about it, because it's a part of life and it's often also a part of traveling. (I mean, come on ladies, we all have a fantasy that includes a tryst with a dark and mysterious foreign man, right?)

Pro: I feel like when you're traveling, the people you meet judge you less. You all share a similar outlook on life and sense of adventure — and that adventure often spills over into the bedroom. Go ahead, be a little adventurous when you're traveling (while still being safe, of course!). Kiss that stranger in a bar. Dance with that cute guy whose name you can't pronounce. Perhaps even have that fling with that dark and mysterious foreign man.

Con: We women unfortunately get a raw deal when it comes to sex and traveling. It IS slightly more dangerous for women to sleep around on the road. Along with the possibility of contracting STDs and other nasty things, there's always the big P word. You do NOT want to come home with a baby bump as a souvenir… We women also have to worry about things like birth control and menstrual cycles and other annoying details that can often detract from the overall experience. Which SUCKS.

And of course there's also the possibility of actually falling for that boy at the bar or that mysterious foreign man, which can make goodbyes incredibly painful (because, let's face it, we females ARE usually the ones more at risk for this happening…). 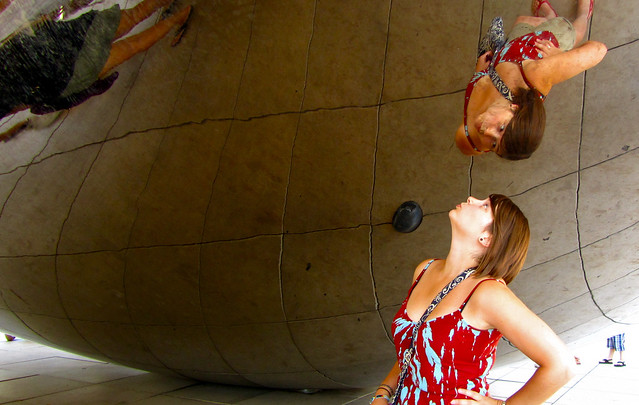 At the end of the day, I think most of the above things listed lead to one thing: confidence. Which is always sexy on a women if you ask me.

Pro: Travel (and especially solo travel) is great for building confidence in yourself and your ability to survive on your own. You'll become more confident, more self-sufficient, and basically just more badass. You'll challenge yourself, overcome fears, and become a better you. It's one of the BEST things about traveling, in my opinion.

Con: Not gonna lie, though… thanks to those gender stereotypes I mentioned before, it IS sometimes more difficult to find a significant other when you're a confident, empowered women who has seen the world. Which is lame. A lot of men definitely get intimidated by women they see as being more successful than they are, and I speak from experience when I say that being worldly and confident CAN make it tougher to find a mate. (Though, in reality, would awesome women like us really WANT to be with guys who are intimidated by the fact that we've traveled the world and rocked it? Probably not.) 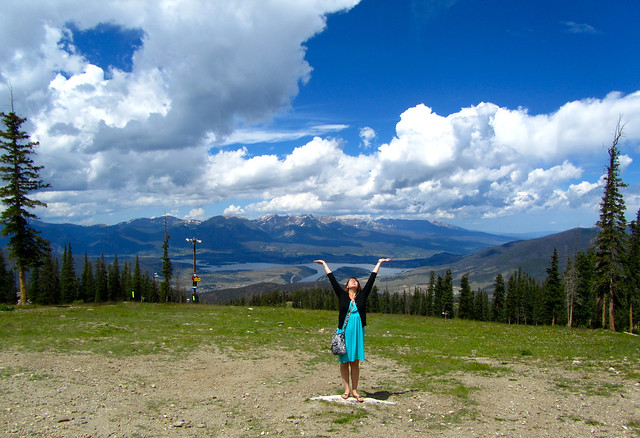 Yes, there are pros AND cons to traveling as a female. But it wouldn't be as exciting or challenging otherwise. And, in my opinion, the pros far outweigh the cons.

So happy International Women's Day, ladies. Keep traveling the world and being awesome.

Can you think of any other reasons why traveling as a female rocks (or sucks)? 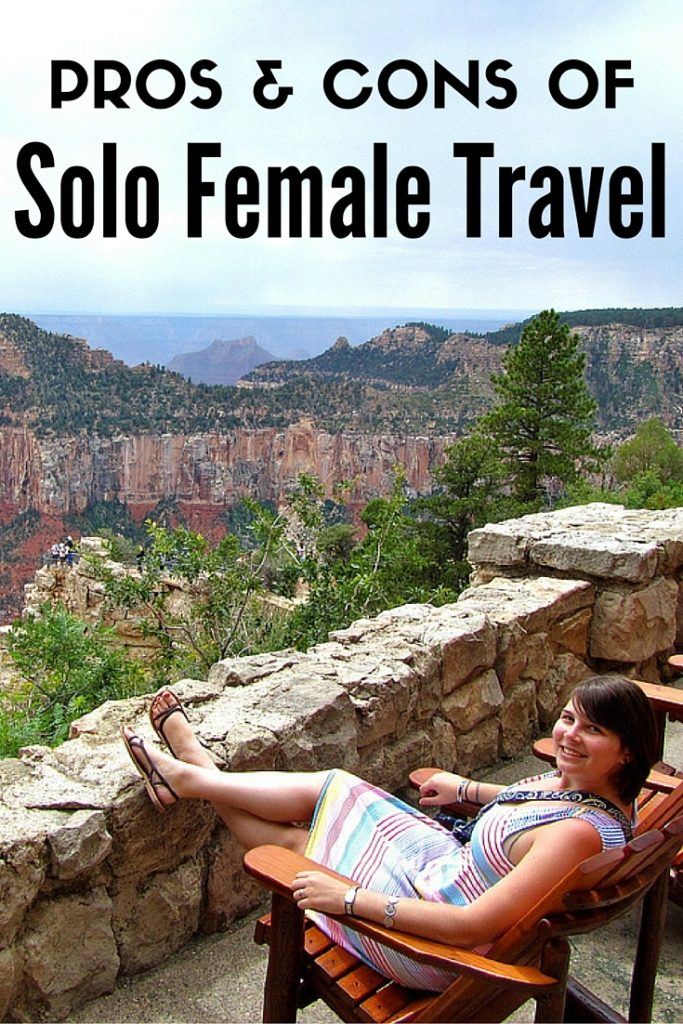 And, here are some great products for every female traveler: