Since that trip to New Zealand a few weeks after I graduated high school, I've gone on to fill up a passport (and get started on a second one) by visiting almost 40 more countries. My mom, on the other hand, still just had that one lonely passport stamp.

Until this summer, that is. 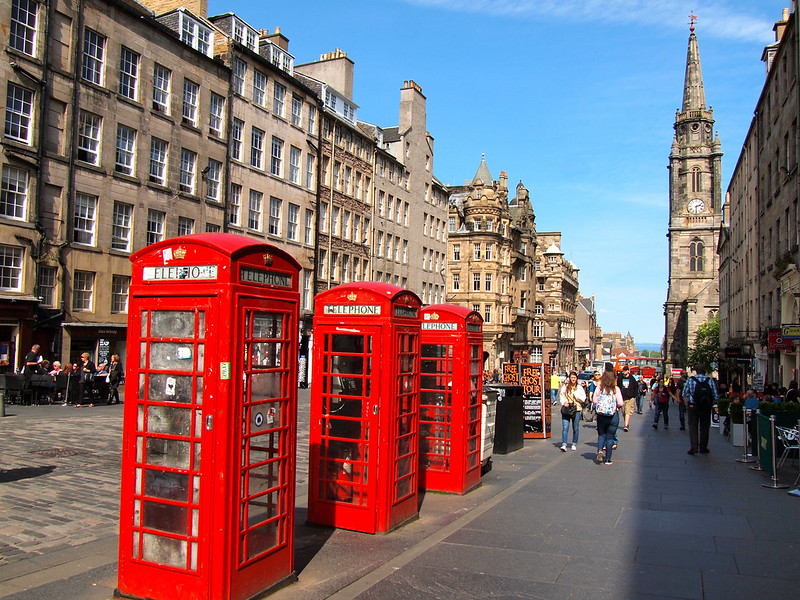 Ever since our mommy-daughter trip to New Zealand a decade ago, I've been trying to convince my mom to travel somewhere else with me. To Italy to see where her dad's family was from. To Ireland to trace her mom's Irish roots. Or how about to England to see where the Beatles grew up?

Finally, last year, I convinced my mom to let me plan a trip to the UK for us – using her beloved Beatles as bait. Once I pointed out that she would be 64 this year and that we could call our trip the “When I'm 64 Tour” (after a Beatles song, of course), she really couldn't say no.

We spent two weeks traveling from Dublin to London, me showing her some of my favorite parts of Scotland and England and both of us having some new adventures. I'll be writing about some of these things in more detail in the next few weeks, but for now here's a peek at what we got up to:

We decided to fly into Dublin instead of going directly to Scotland, both because I thought my mom would like to see a bit of Ireland and because it was cheaper than flying to Edinburgh. Our first day in Dublin was spent mostly in a jetlagged stupor, but we did manage to visit Trinity College to see the Book of Kells. The next day we toured around the city via hop-on, hop-off bus and visited Kilmainham Gaol to learn about some Irish history. I don't regret taking my mom to Dublin, but if I were to do it again, I would have either done a day trip to somewhere else in Ireland on our second day, or would have just paid the extra money and flown straight to Edinburgh. 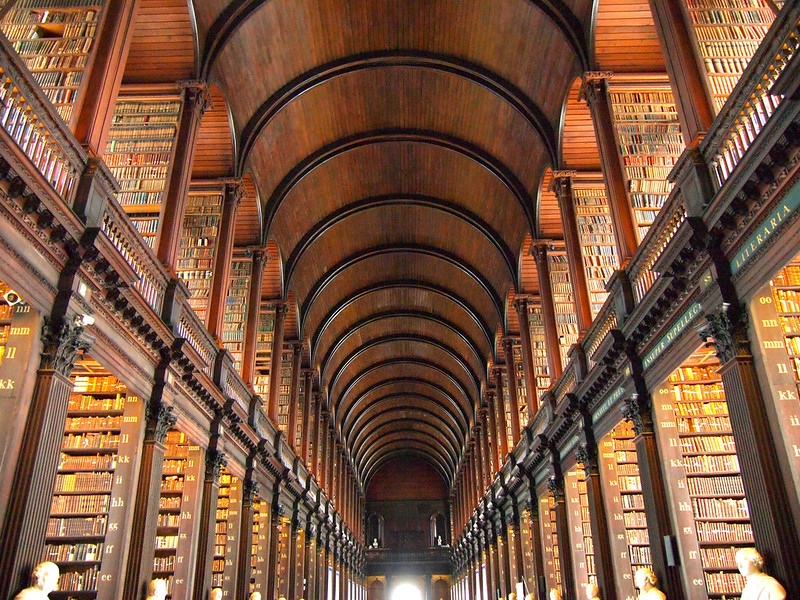 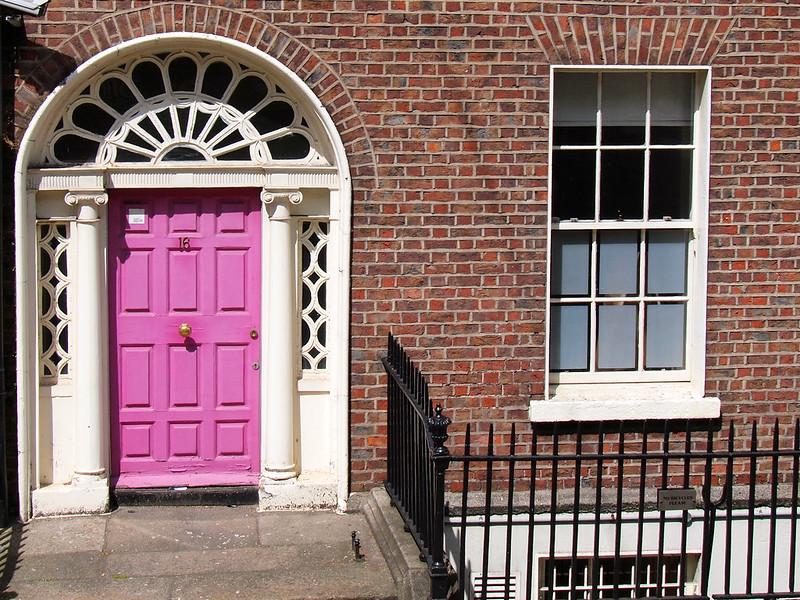 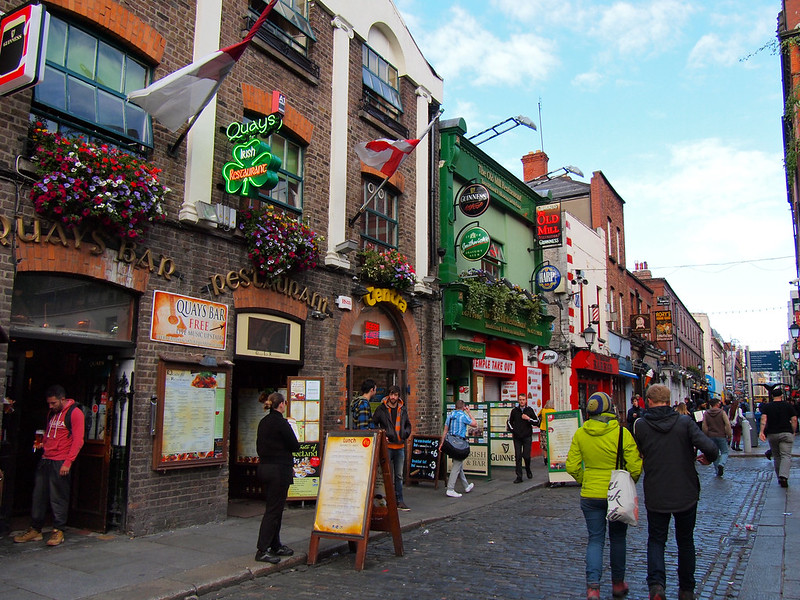 We didn't have nearly enough time in Edinburgh – just half a day, really. Thankfully it was a long, sunny summer day, meaning we had enough time to wander up and down the Royal Mile, visit the Elephant House (where parts of Harry Potter were written), and go inside St. Giles, a beautiful cathedral on the Royal Mile. I wish I would have planned for a second day in Edinburgh, but we had so much more of Scotland to see! 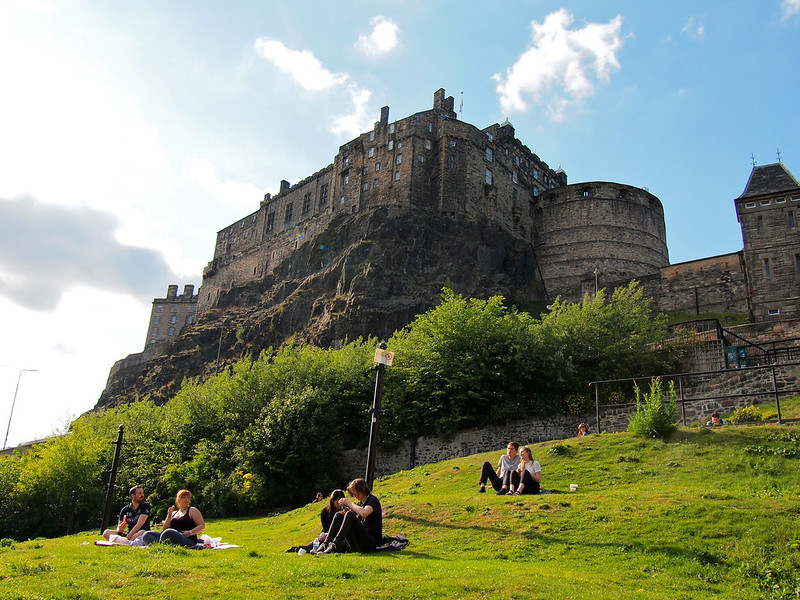 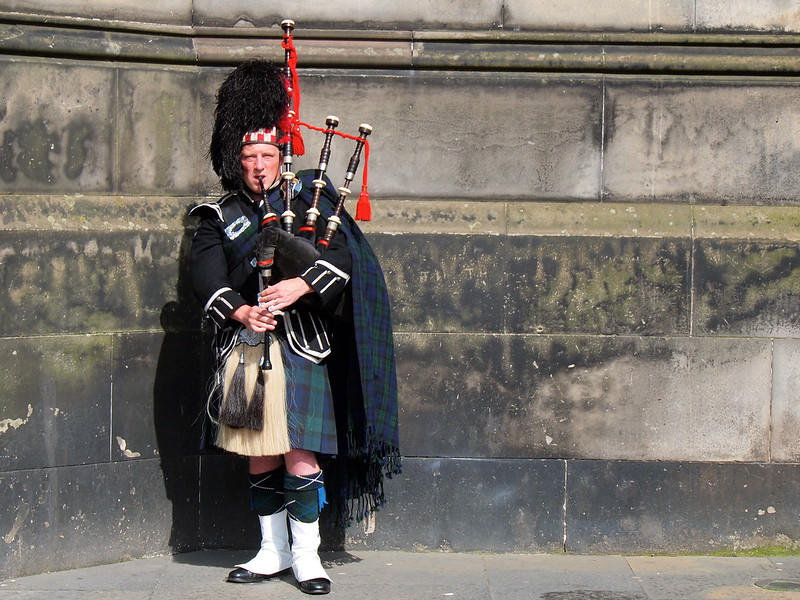 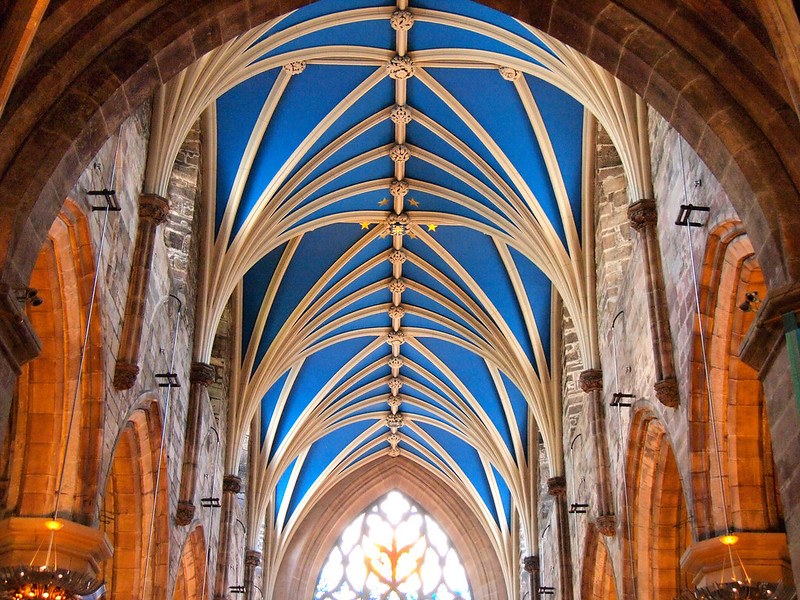 Highlands and Isle of Skye

After our one night in Edinburgh, we were off up into the highlands with Highland Explorer Tours on their 3-Day Isle of Skye and the Highlands tour. I've been to this part of Scotland before, but it didn't matter – the Highlands and Skye are so gorgeous that I don't think I could ever get tired of them. On our way to Skye we stopped at ruined churches and castles and arrived in Portree with plenty of time (for me) to climb up to a watchtower overlooking the harbor. 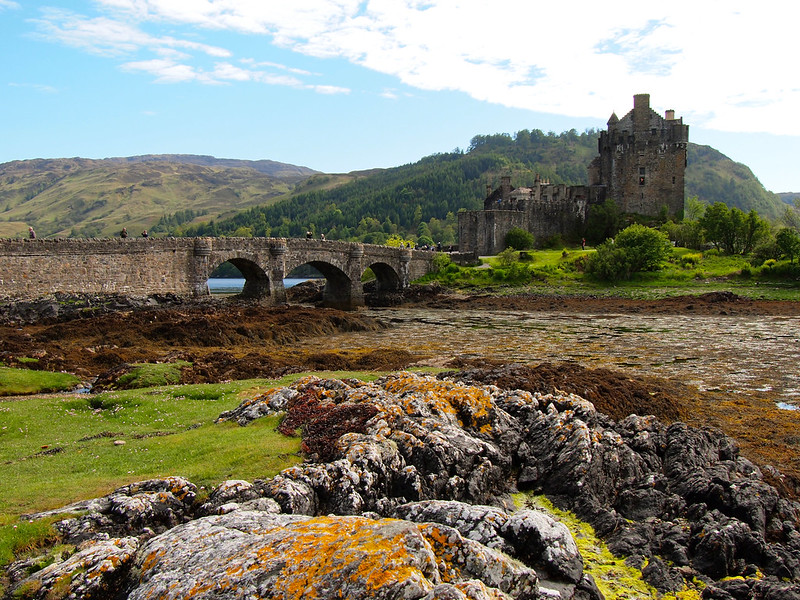 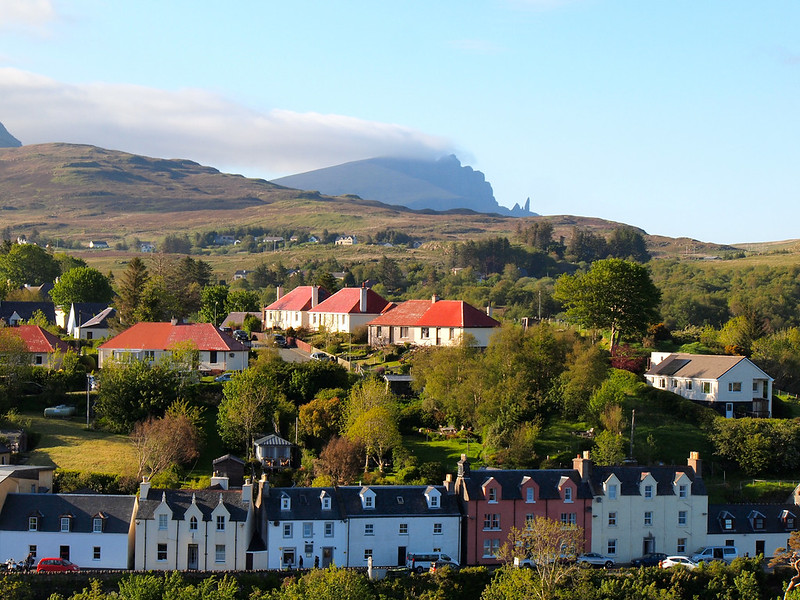 Our second day was spent seeing the highlights of the Isle of Skye, from the Old Man of Storr to Kilt Rock to Dunvegan Castle. 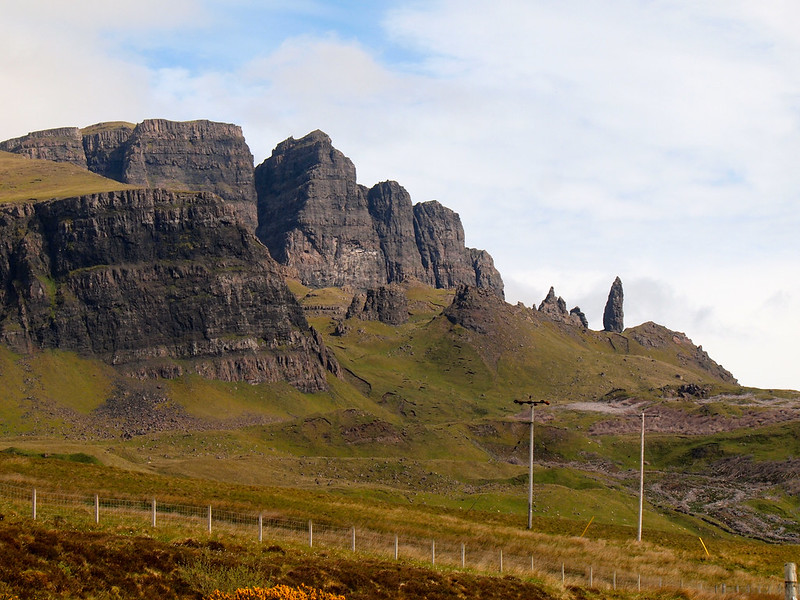 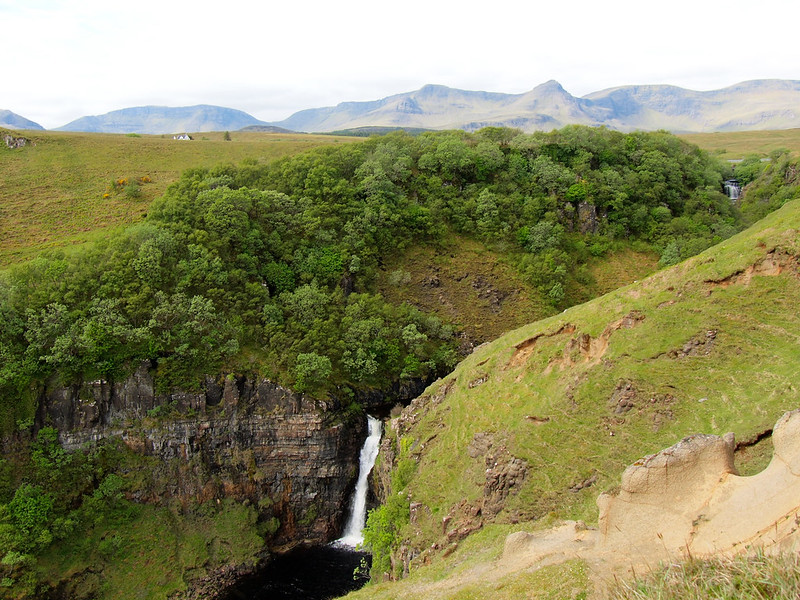 I didn't want to leave! But our third day (our third sunny day on the infamously “Misty Isle”) was probably the highlight. We visited a ruined castle in the morning, took a sunny ferry ride back to the mainland, and then boarded the Jacobite Steam Train – the very same train that served as the Hogwarts Express in many of the Harry Potter movies. I felt like I was 13 again. 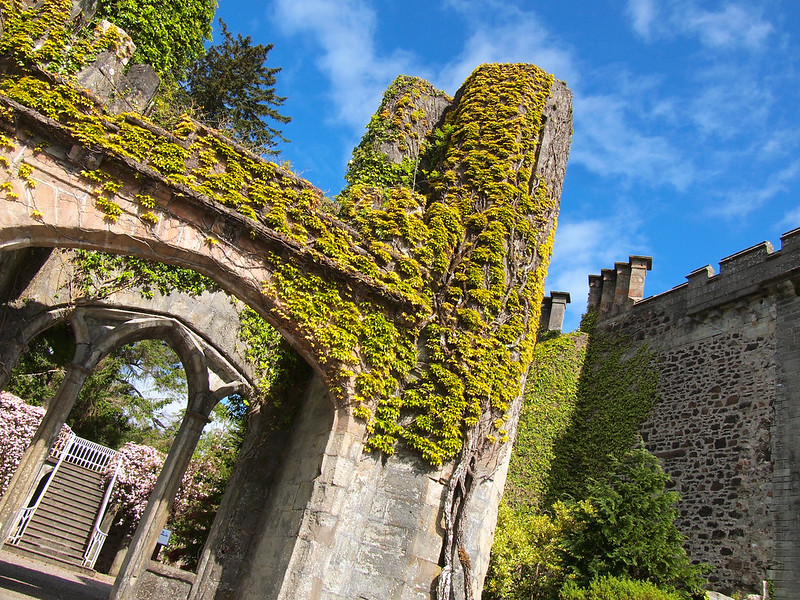 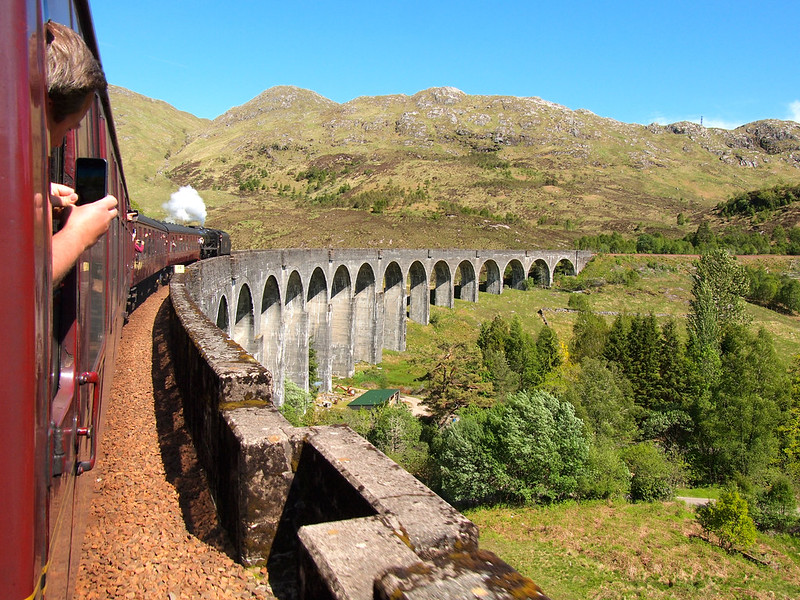 The next morning, we waved goodbye to Scotland as we boarded an early train bound for York. I've actually never been to York before, and we were both super impressed by it. We had lunch at the adorable Betty's Tea Rooms, wandered through The Shambles, went on a ghost tour, and of course visited York Minster. I even climbed up to the top of the church's bell tower. 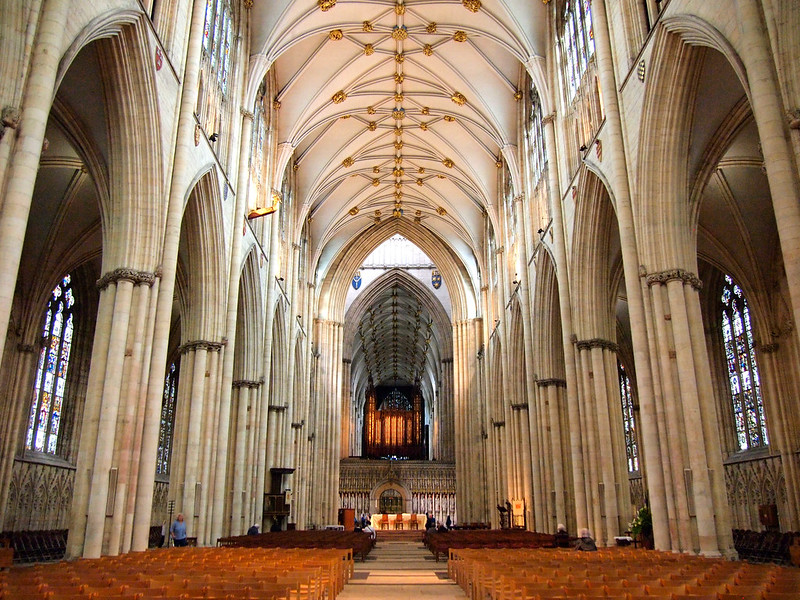 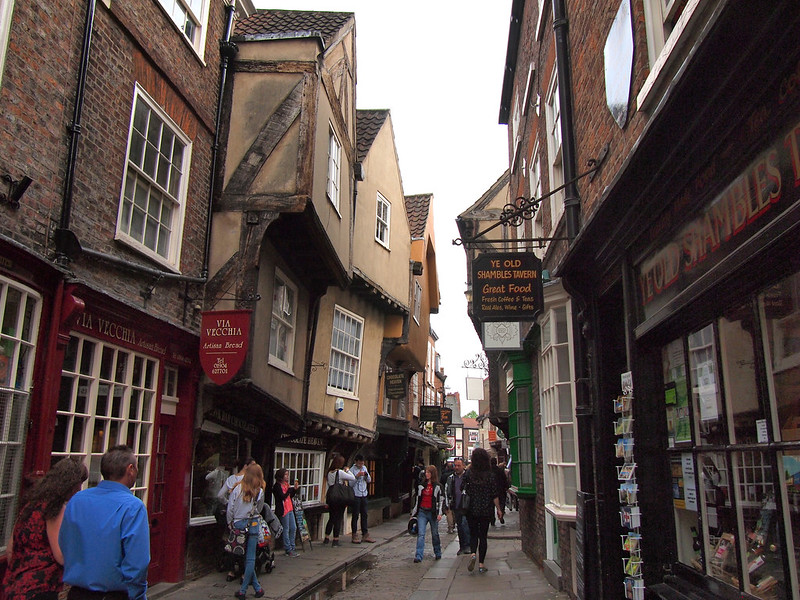 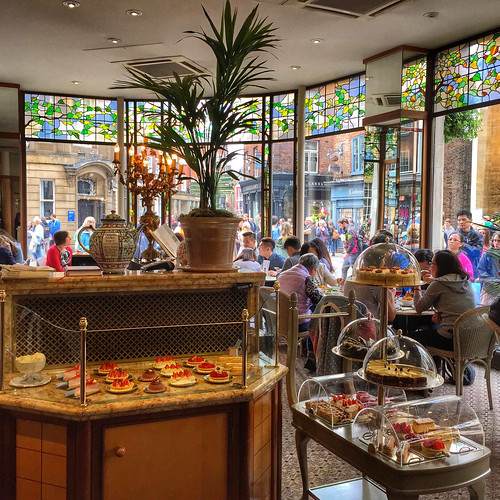 From York, it was on to Liverpool – the highlight for my mom, I'm sure. We spent two days doing as much Beatles-themed sightseeing as possible. This included a “Magical Mystery Tour,” hanging out at the Cavern Club, going to the Beatles Story museum (which is really a great museum), and visiting the childhood homes of both John Lennon and Paul McCartney. Even if you're NOT a Beatles fan, Liverpool is a really cool city and I'm looking forward to writing more about it! 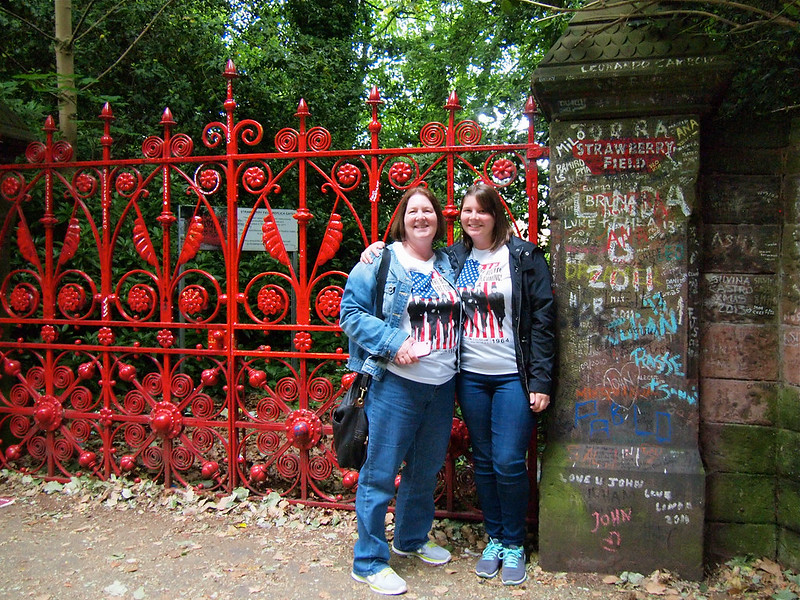 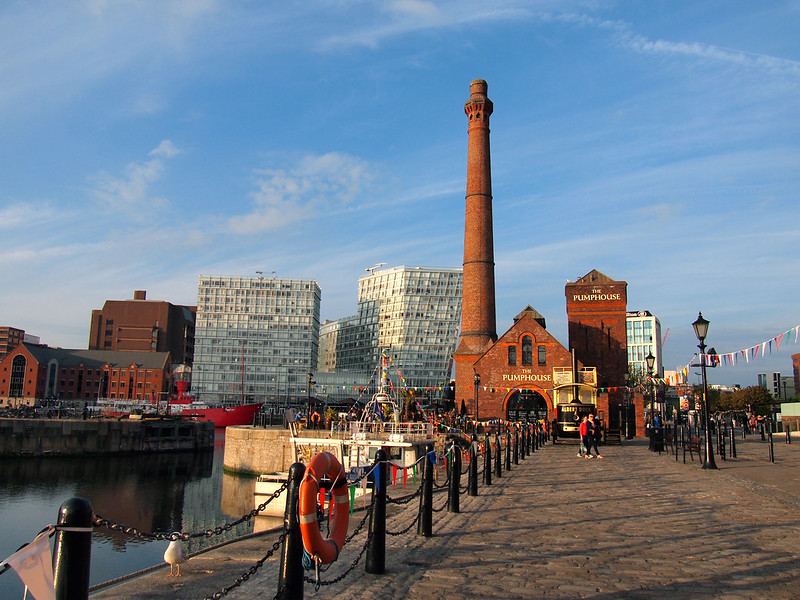 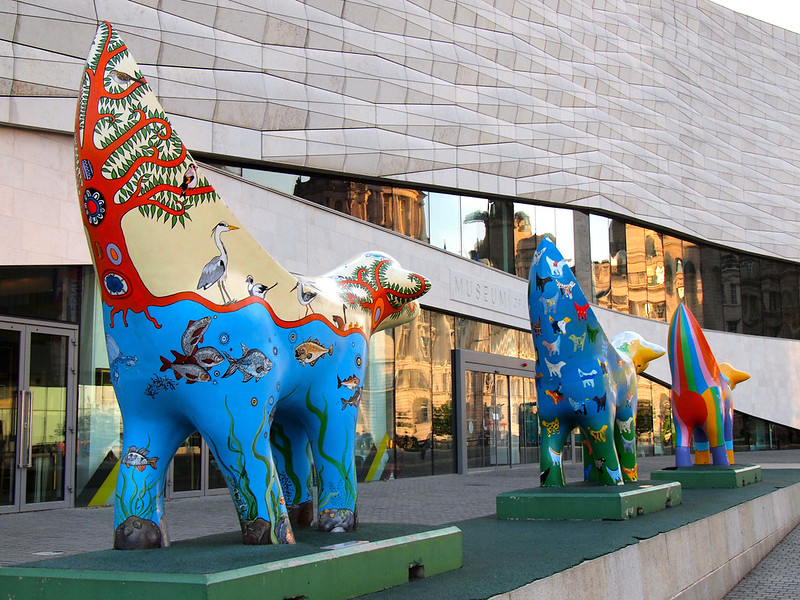 From Liverpool, we took the train down to London, where I more or less walked my mom's feet off for a few days. We walked all along the South Bank and went on a Beatles-themed walking tour one day (had to take Mom to Abbey Road, after all!), and did a walking tour of “Royal London” (with afternoon tea!) another day. We also went to see Miss Saigon on the West End and I introduced my mom to things like Airbnb and London public transport. We had a good time in London, but we definitely could have used another day or two! 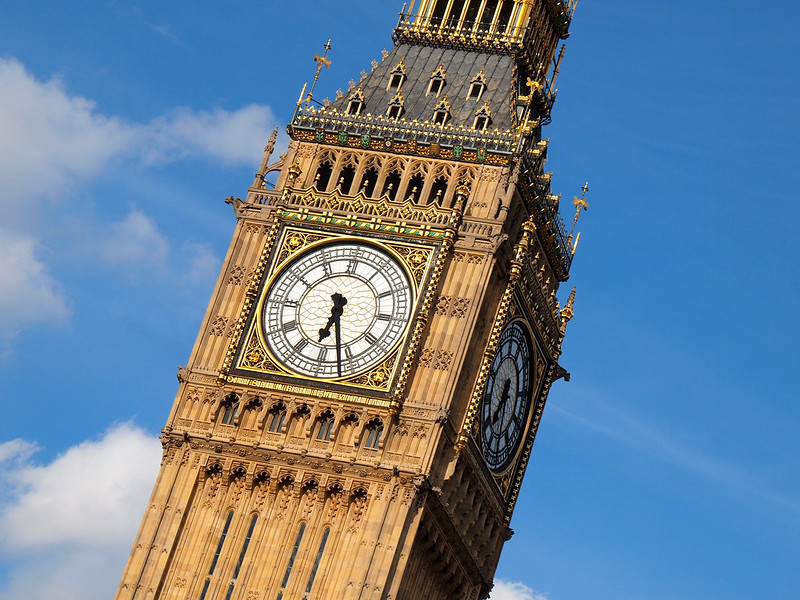 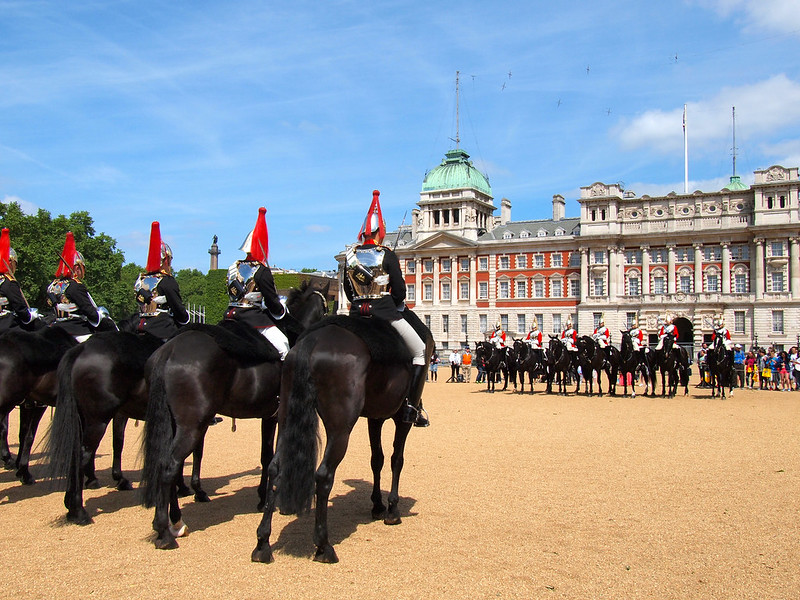 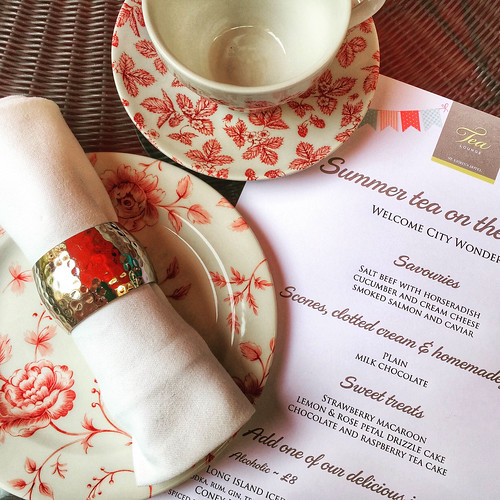 Bath, Stonehenge, and the Cotswolds

On our last day in the UK, we did a full day sightseeing tour from London. We stopped in Bath first, which is probably one of the prettiest English cities I've been to. We then had lunch in Castle Combe, a village in the Cotswolds that looks like something straight out of a movie. We ended with a tour of Stonehenge, which was another place my mom was really looking forward to visiting. 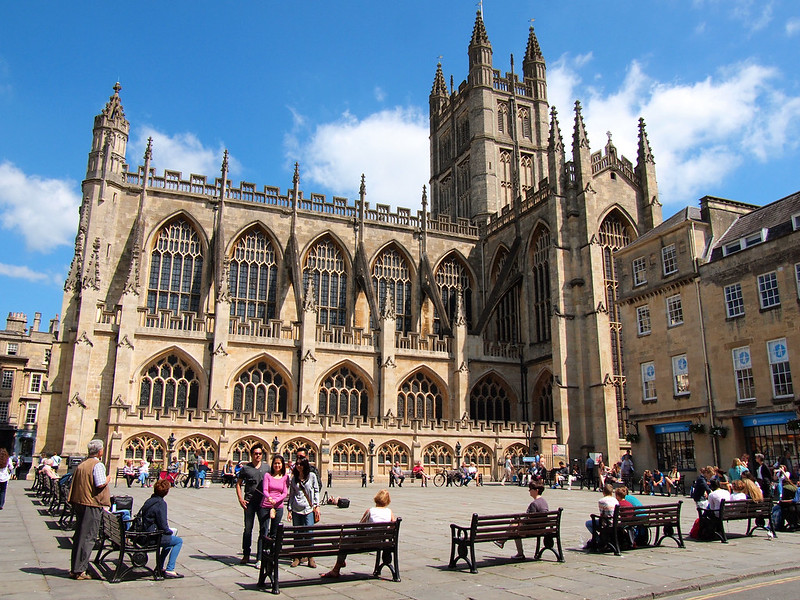 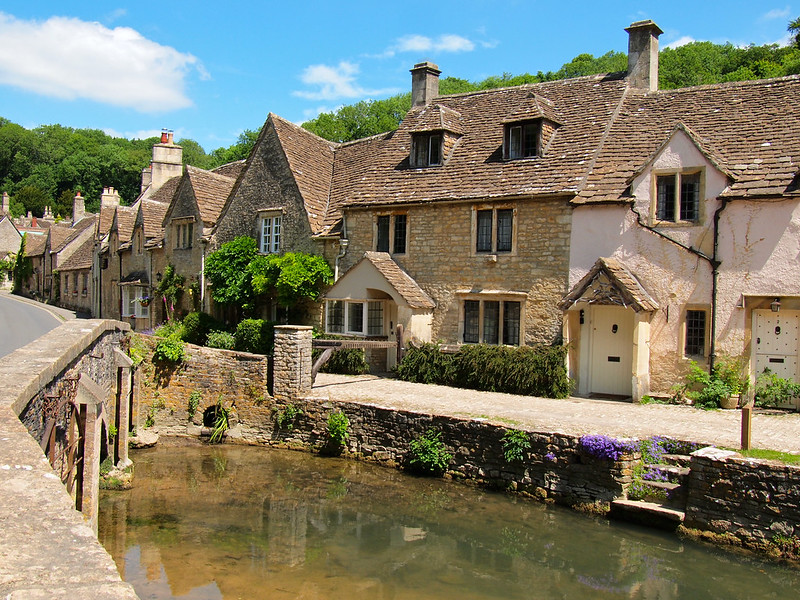 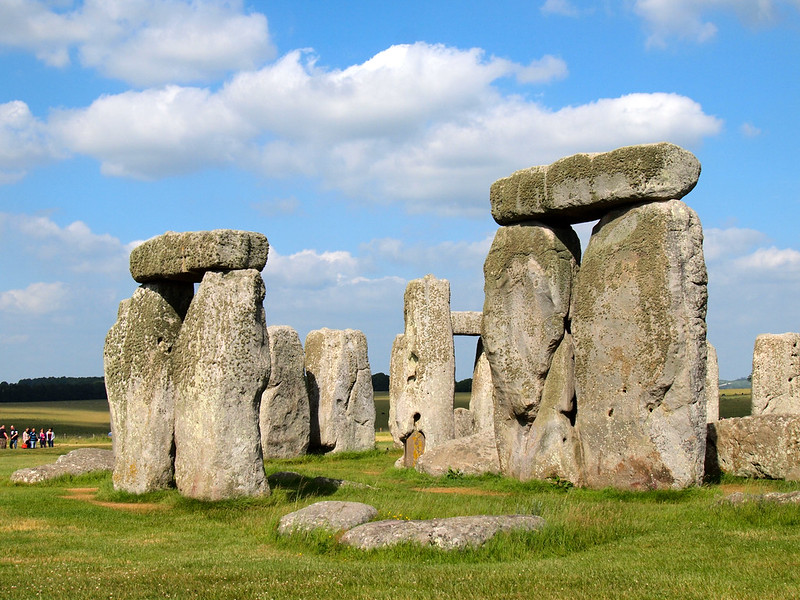 We packed SO MUCH into two weeks. Too much, perhaps. But I wanted to make sure my mom saw as much of the UK as possible. Because the “When I'm 64 Tour” can only happen once, after all.