Venice Isn’t the Only Island in the Venetian Lagoon

The city of Venice is actually a big island — or a collection of lots of islands, separated by canals and connected by hundreds of bridges, depending on how you want to look at it.

But Venice is not the only island in the Venetian Lagoon. 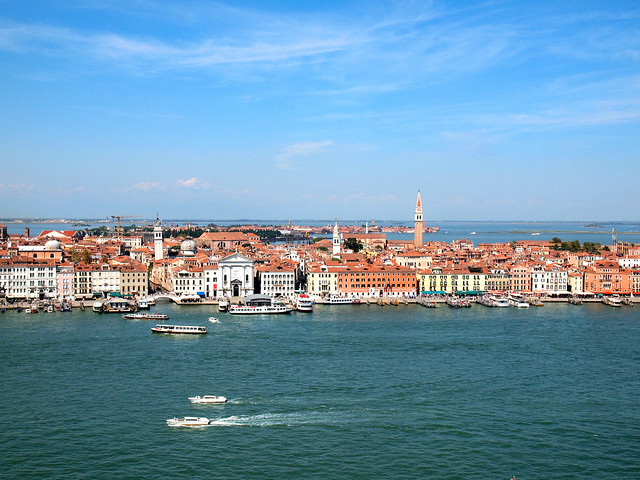 The Venetian Lagoon covers more than 200 square miles and is dotted with tons of small islands — some not big enough to hold a house, while others are home to large communities. Venice is the largest island in the Lagoon, with a population of around 50,000 (and a tourist population closing in on 70,000 per day). But it's not the only island worth visiting.

While you might be tempted to spend your whole visit in Venice getting caught up in its twisty streets and narrow canals, do yourself a favor and visit some of the other islands in the Lagoon, too.

For the views: San Giorgio Maggiore

You can start out close. Take a ferry or water taxi over to San Giorgio Maggiore, just south of the city. The tiny island has been home to a monastery since the year 982, and the current church dates back to about 1600. The attached bell tower (rebuilt in 1791 after the original fell) offers up great views over Venice — and you don't even have to climb steps to see them!

For the glass: Murano

Next head out to Murano, which is renowned for its glassblowing. In the 13th century, all of the glassblowers were driven out of Venice to Murano due to a fear of the city catching fire; they have never left, and now their craft is what brings people to this little island.

The coveted art here includes lamps and jewelry, and you can easily spend a whole afternoon wandering in and out of shops and workshops.

Architecturally, Murano isn't much different from the main island of Venice. But it's not nearly as crowded, and you can pick up some really great (and unique) gifts here. Just be sure that the glass you are buying was actually blown on Murano!

For the color: Burano

By far my favorite island in the Lagoon (other than Venice) is Burano. The island is known for two main things: it's lacework, and its colorful houses. (I'm sure you can guess which I was most interested in!) 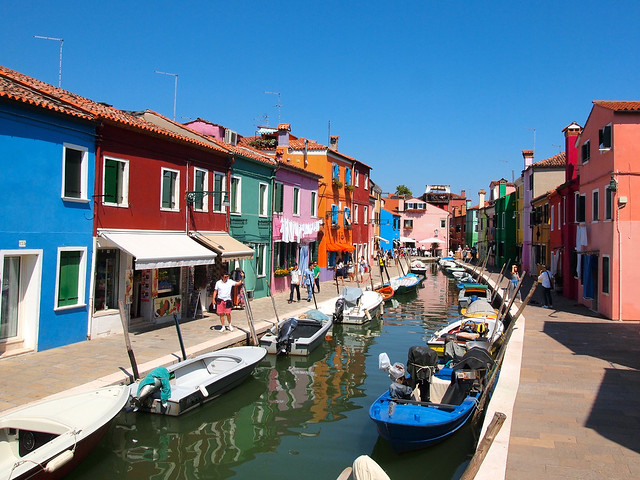 With only a few main streets and canals, Burano is a great place to roam around, gelato in hand, simply appreciating the life that this little island exudes. You won't find any neighboring homes here painted the same color, or even the same hue. There are strict rules on Burano, and homeowners have to appeal to the government when they want to repaint — and then they are told which colors they can choose from.

It makes for a rainbow of a town. 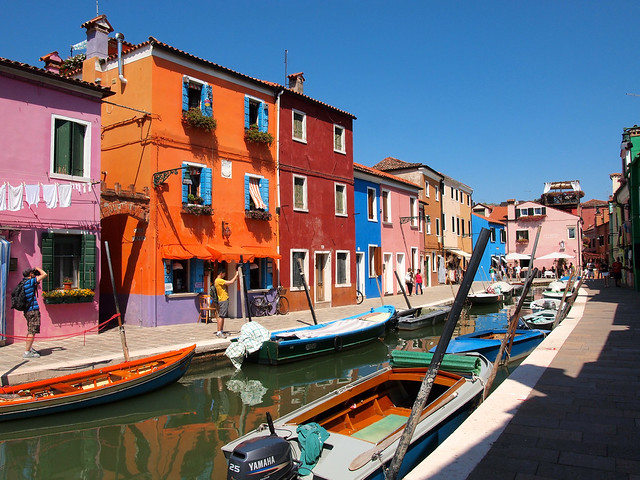 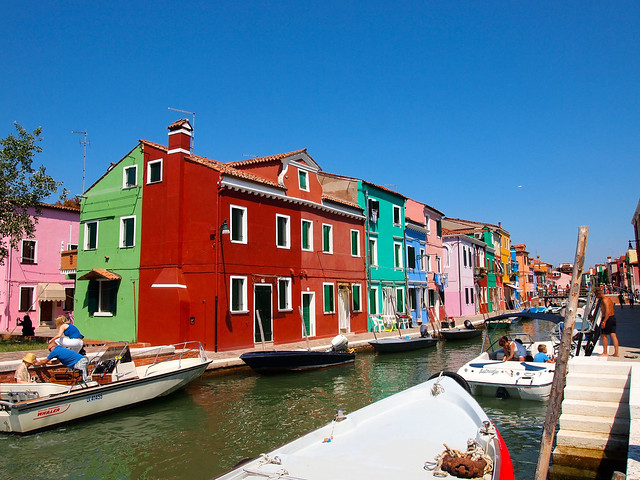 For the history: Torcello

Lastly, I'll recommend the island of Torcello. Torcello has had an interesting history — Venetians fled to the island during the barbarian invasions, and the island at one point was more powerful (and more populated) than any other in the Lagoon.

Today, though, Torcello is one of the quietest islands, with only about a dozen permanent residents. People visit these days to stroll along the long canal, and admire the Byzantine mosaics in the Cathedral of Santa Maria Dell'Assunta. 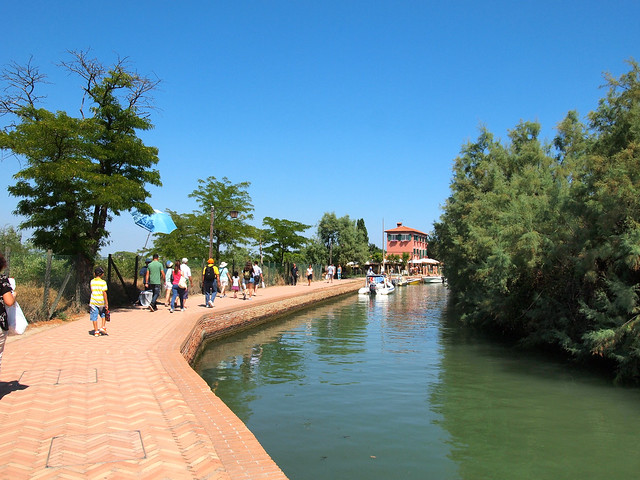 It makes a nice last stop on a Venetian island tour, since it's so green and peaceful. 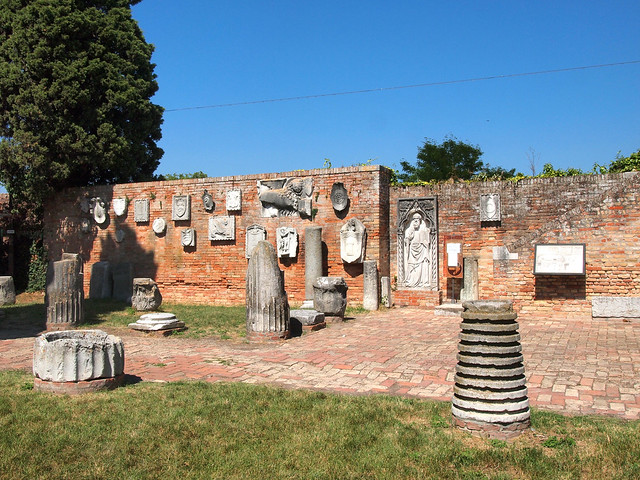 There are dozens of other islands in the Lagoon, too — many of which would also make a great escape from the bustling canals and streets of Venice. Just make sure you take the time to visit at least one. Because, as this post's title says, Venice isn't the only island in the Venetian Lagoon.

I saw these islands on a couple different tours in Venice. One (San Giorgio Maggiore) was on a tour with Walks of Italy. The others (Murano, Burano, and Torcello) were seen on a day trip with Viator from Venice.

Which island would YOU most want to visit? 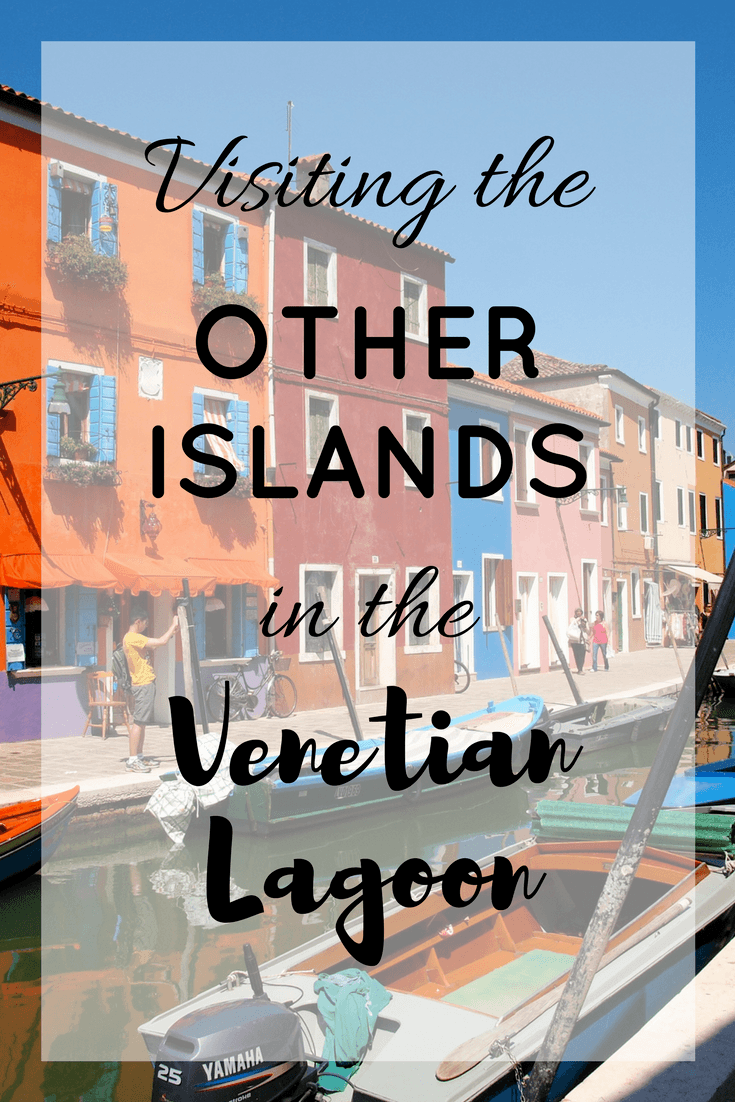