Up Close With Dinosaurs in the Everglades

Home » United States » Florida » Up Close With Dinosaurs in the Everglades

There's a place I know of where you can get up close and personal with dinosaurs. 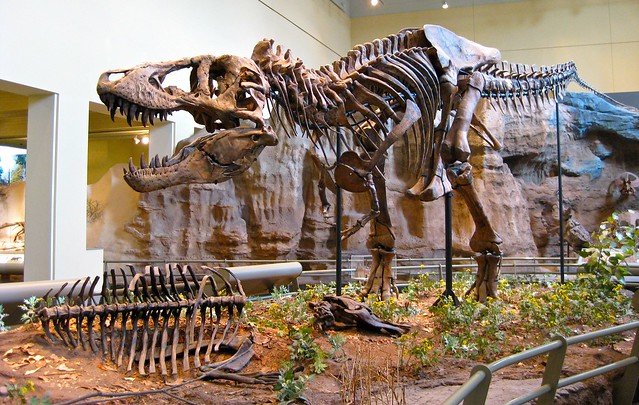 No, no, no, not THAT kind of dinosaur. 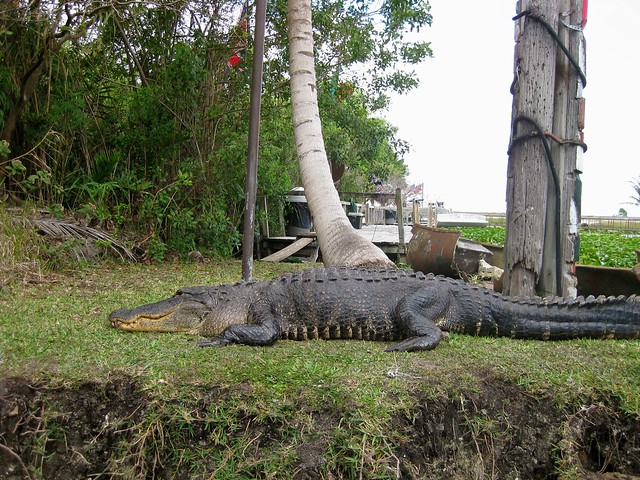 Alligators and crocodiles are about the closest things to dinosaurs a person can hope to see up-close (and alive). Gators, like dinosaurs, are huge reptiles with very pointy teeth. And they're just about as old as dinosaurs, too — it's estimated that the first alligators appeared about 37 million years ago.

Clearly, ‘gators have been doing something right to have survived for this long, and they're still thriving in the U.S. and abroad. 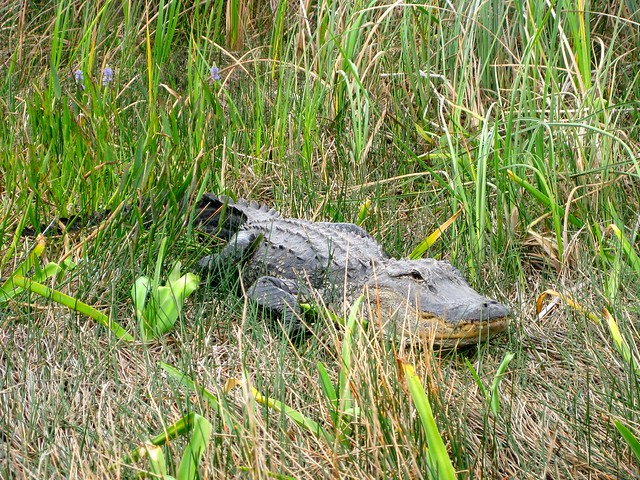 Seeing alligators in the Florida Everglades

Most people will only see alligators in zoos or on TV. But if you want to see them alive and in the wild, I can't think of any place better than the Florida Everglades.

This area of natural wetlands in southern Florida includes Everglades National Park, and is characterized by what people call the “sawgrass prairie.” Don't be fooled, though — there's more water under that sawgrass than meets the eye. 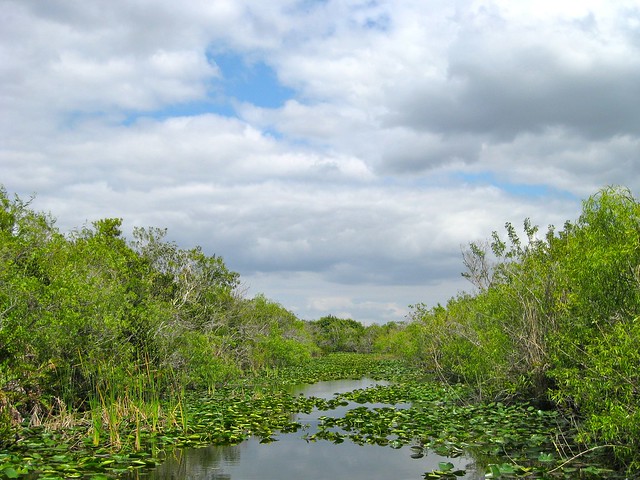 I've now been to the Everglades twice, both times following returning to Miami after cruising in the Gulf of Mexico or the Caribbean. The area makes a perfect day trip in south Florida, with the most popular activity by far being taking an air boat tour out into the marsh.

These boats skim along on top of the water, powered by gigantic (and somewhat silly-looking) fans on the backs of the boats. But, despite the loud and silly boat ride, this is definitely one of the best ways to see alligators in the Everglades. 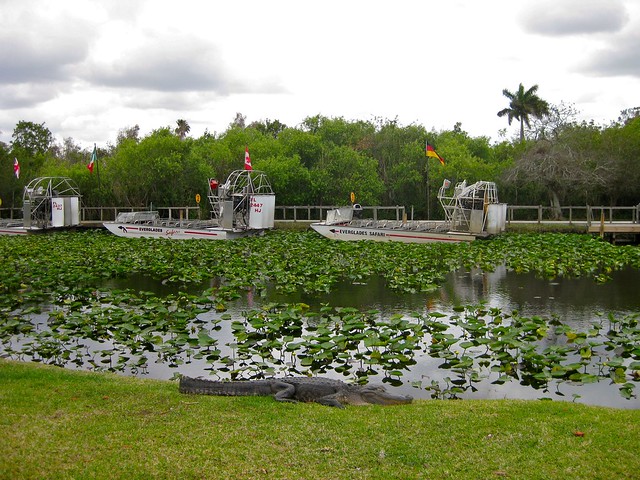 The last time I was there, I visited Everglades Safari Park with some friends. I saw more alligators on this single airboat ride than I have in my entire life. And we're not talking just little baby ‘gators here… we're talking monsters sunning on the shore or slinking through the water. 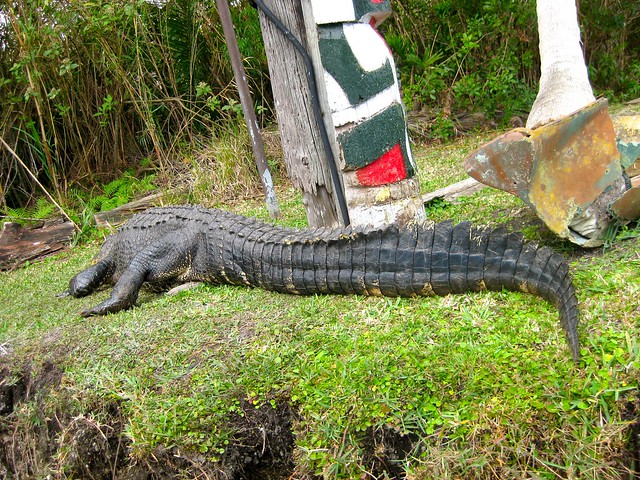 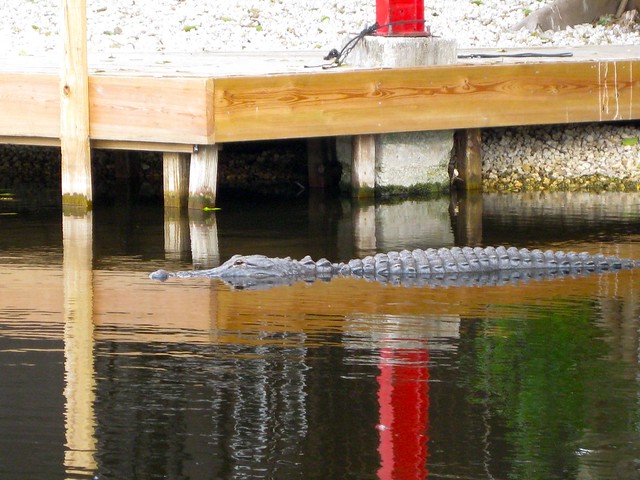 Along with airboat rides, this attraction also offers up walking trails, reptile exhibits, and a “wildlife nature show” where a park employee jumps into a pit of gators and plays around with them while educating audiences about the animals and conservation efforts related to the Everglades. 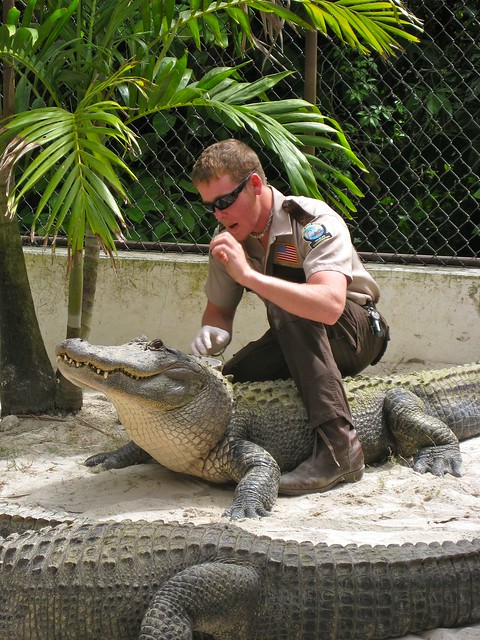 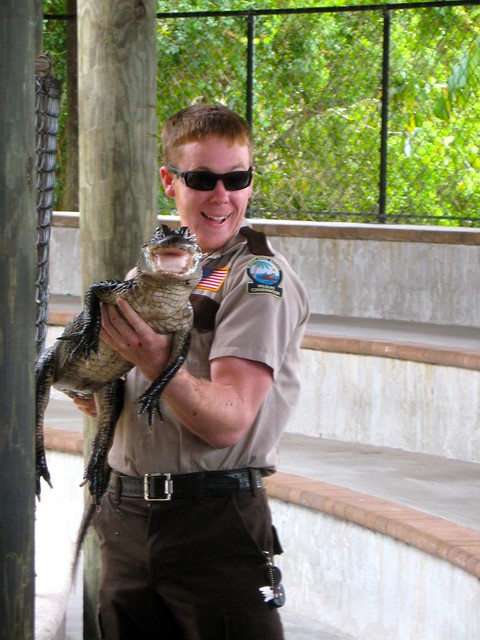 The “wrangler” in charge of entertaining and educating our group brought a young alligator out into the crowd, and then promptly nearly dropped it on me and my friends because the animal was hissing and wriggling and just generally not happy about being handled.

I like dinosaurs and all, but I certainly don't want a distant, hissing relative landing in my lap!

All ended well, however, and afterwards, while waiting for our ride to the airport, we popped into the Safari Restaurant and ordered some Gator Bites — deep friend hunks of alligator meat. We then proceeded to eat these while sitting on a (very low) fence near the airboats. In clear sight of a massive gator. 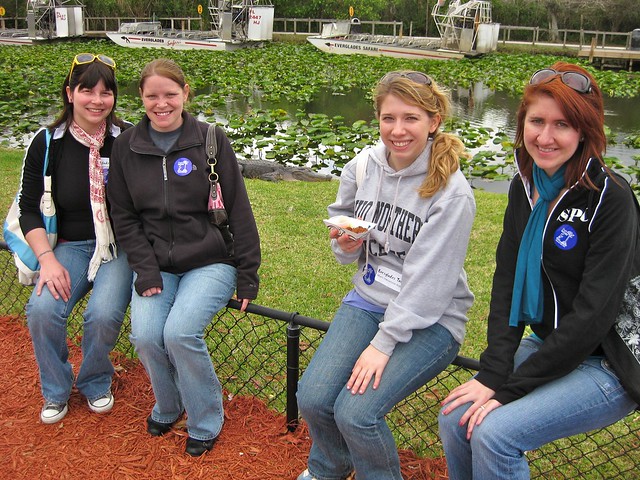 Want to take your own Everglades tour from Miami? Check out these options:

Have you ever visited the Everglades? If not, is it a place you'd want to go?

25 Comments on “Up Close With Dinosaurs in the Everglades”