The United States is a really big place. With 50 states and more than 320 million people, this country of mine is perhaps one of the most diverse in the world.

And while I understand why the average international traveler only focuses on a few states when they visit the US (the most popular seem to be New York, California, and Florida, with maybe Nevada for Las Vegas or Arizona for the Grand Canyon thrown in), I feel bad for the states that get left out – because every state in the union has something unique to boast about.

This has inspired me to start exploring more of my own country as a tourist – and especially the places that are close to my home in Ohio that so often get overlooked.

I've spent most of my life in northeast Ohio. Even though I travel a lot all around the world, this is (and probably always will be) home. But I've been a terrible traveler when it comes to the rest of Ohio.

While the northeast is great, other parts of the state are pretty darn cool, too. I've just never really considered them as places to visit as a traveler.

Until now, of course!

When I got an email from the Butler County tourism board inviting me to come and check out the area, I had to go and Google the county to figure out where in Ohio it even was (shh, don't tell them!). I knew nothing about the area, what there was to do, or whether I would even have enough to write a full post about.

But I decided to go anyway.

And I'm really glad I did! Because Butler County is quirky and cool, and is a perfect part of Ohio to visit if you're already in a southwestern city like Cincinnati or Dayton. 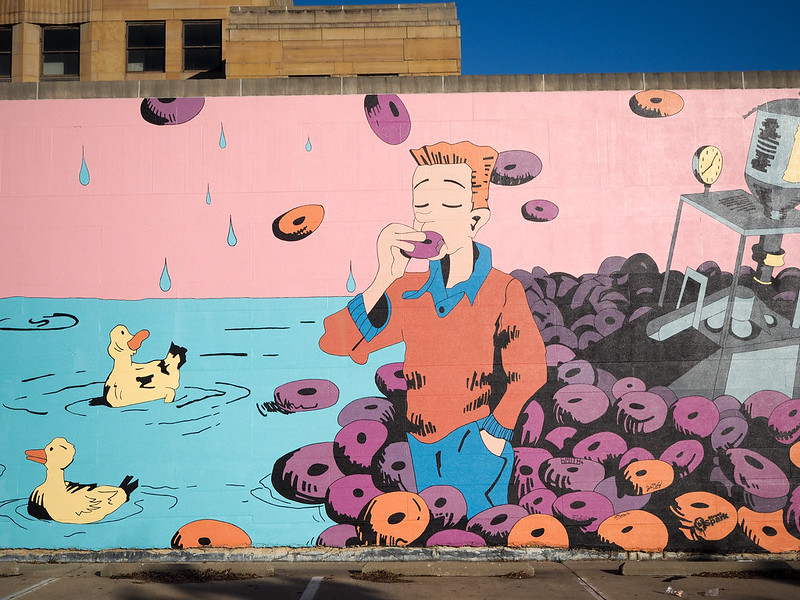 And, in order to show you all the cool and quirky things to do in Butler County, here's what would end up on my bucket list for the area:

Butler County was founded in 1803, the same year that Ohio officially became a state. This means that this part of Ohio has more than 200 years of history! Here were some of my favorite things to do: 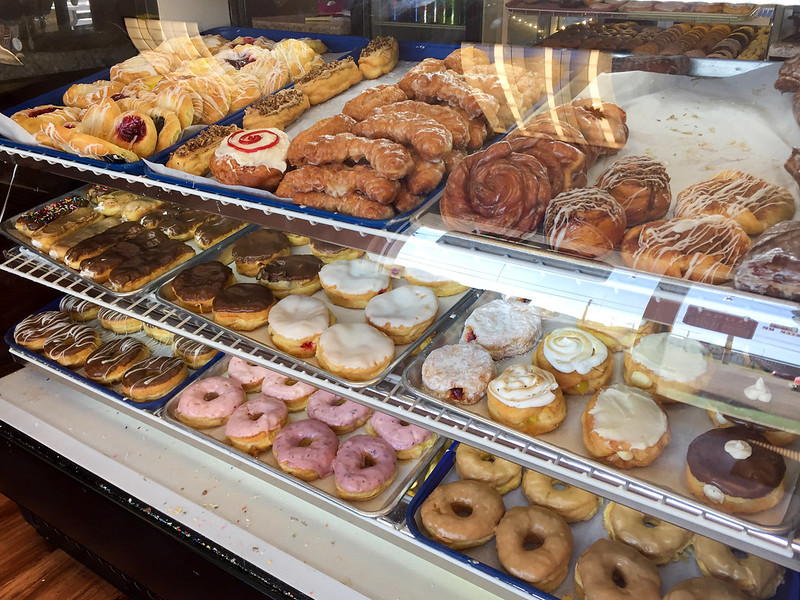 In 2016, Butler County officially launched the Donut Trail. This “trail” features 10 independent, family-owned donut businesses spread throughout the county. I LOVE this concept – not only does it allow you to eat some delicious donuts that don't come from Dunkin, but it's a fantastic way to promote and support local businesses, some of which have been around for generations.

My partner Elliot and I hit the donut trail with our Donut Trail Passports (if you get a stamp at all 10 locations, you get a free t-shirt) on a Sunday morning. We visited Stan the Donut Man, Kelly's Bakery, and Jupiter Coffee and Donuts, and I immediately fell into a sugar coma afterwards.

Google Jungle Jim's, and you'll be told that it's a grocery store. But I'm here to tell you that this 6-acre behemoth is so much more than just a grocery store! Jungle Jim's is a tourist attraction in its own right, with its funky decorations, giant cheese tower, and more than 180,000 food items from around the world. For locals, they even offer frequent festivals, tastings, and other educational events.

It was not at all difficult for us to spend hours here.

(If you want the grand tour, check out this live video I did at Jungle Jim's.)

I'm a sucker for old houses, and so thoroughly enjoyed touring the Benninghofen House connected to the Butler County Historical Society in the historic part of Hamilton. Hamilton is the seat of Butler County and, like many cities in Ohio, is having a bit of a renaissance right now after having suffered some rough years.

The Benninghofen House dates back to the Civil War years, and still boasts some original carpeting and wall paper, along with period furniture.

It's also worth it to take a stroll along the streets near the historical society to admire some more of Hamilton's beautiful old homes. You'll also find some new art galleries and boutiques just a few blocks away – Sara's House on High Street was my favorite!

Located in nearby West Chester, The National Voice of America Museum of Broadcasting is a museum-in-progress that's going to be really, really cool when it's finished. The museum is located in the 1940s-era Bethany Relay Station building, which was responsible for broadcasting the Voice of America radio show all over the world for decades. (Literally – this building sent the program out over radio waves to countries as far away as Germany and Brazil!) 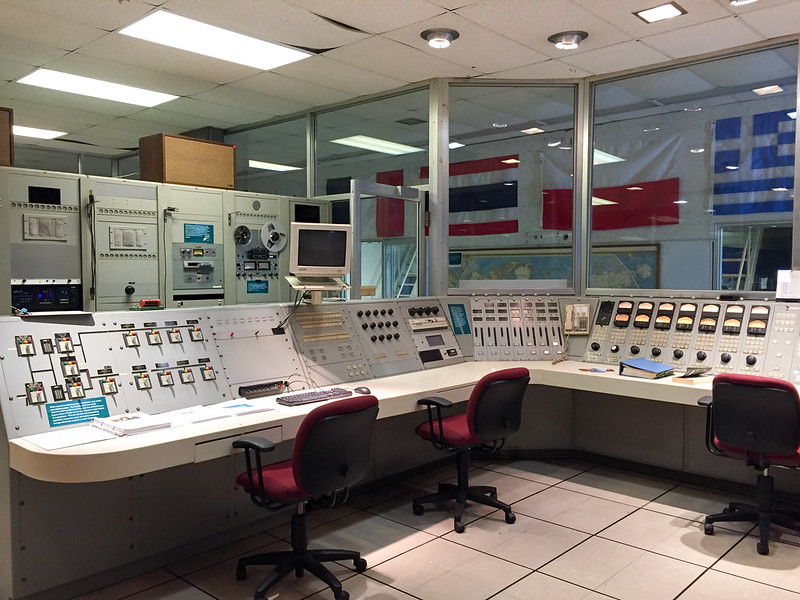 Right now, the museum is only open one Saturday per month as they complete exhibits and renovate the building to make it more accessible. In September 2017, though, the museum will be open every Saturday and Sunday, and by summer 2018, they hope to open to the public four days per week in order to tell the story of both the Voice of America, and radio broadcasting in Ohio and beyond.

Lastly, I highly recommend heading out to the Pyramid Hill Sculpture Park for an afternoon if the weather is nice. This sprawling park is dotted with dozens of huge sculptures that belonged to Harry T. Wilks, who bought the land in 1987 and began the park as a way to encourage appreciation of both the arts and the outdoors.

Hit the trails on foot, or rent an “Art Cart” (a golf cart) to zip around the park. And definitely bring a picnic if the weather is nice!

No trip would be complete without some good grub! Here were some of my favorite places in Butler County for food and drinks:

Jupiter Coffee and Donuts – Jupiter is on the Donut Trail (and they do make delicious donuts!), and is also an awesome place to get your daily coffee fix. They roast and grind their own coffee beans weekly, and their prices are super reasonable.

Municipal Brew Works – Looking for a good pint that will support a local business? Head over to Municipal Brew Works in Hamilton for some craft beer and a cool vibe. If the weather is nice, expect an outdoor patio feel with picnic tables, a food truck, and maybe a few games of cornhole. 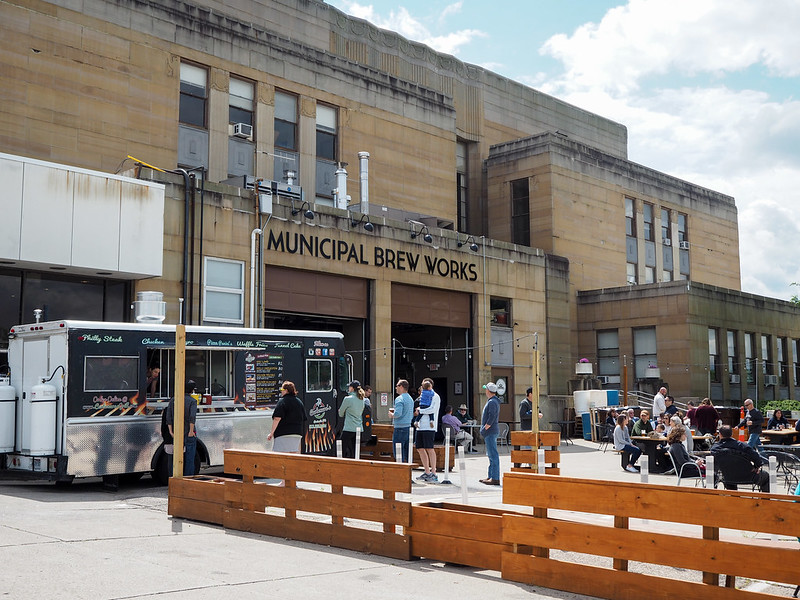 Jag's Steak & Seafood – This upscale restaurant in West Chester isn't easy on the wallet, but it has been named the best steakhouse in Ohio and one of the best in the nation, so I suppose you get what you pay for! (It's great for a fancy date night or anniversary.)

CineBistro – Dinner and a movie more your style? Why not do both at the same time at the CineBistro at Liberty Center, where you can have a full meal as you watch a movie on the big screen! (I really hope this trend migrates its way up to the Cleveland area soon…)

We stayed at the new AC Hotel by Marriott right at the Liberty Center shopping/entertainment complex. It's in a convenient spot to visit all of the places listed above, and is right off I-75. I loved the modern rooms and sleek layout of the hotel, and you can expect friendly Midwestern hospitality from the staff. 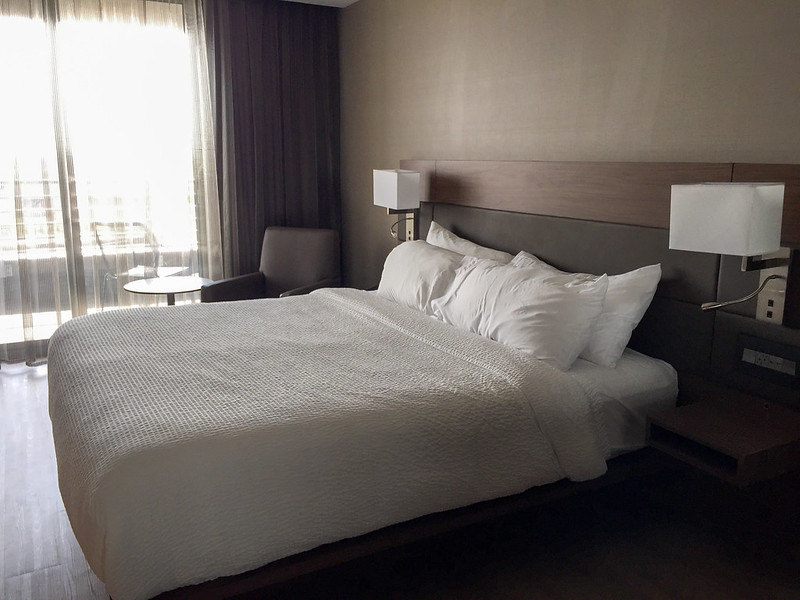 As you can probably tell, I was pleasantly surprised by my visit to Butler County. There are exciting things happening here – people my age are moving back home to open new businesses and really breathe new life into the whole area surrounding Hamilton. Add to this some fun attractions like Jungle Jim's and the Donut Trail, and I think they've got a great, family-friendly thing going!

So what do you think? Is this a part of Ohio you would want to visit? 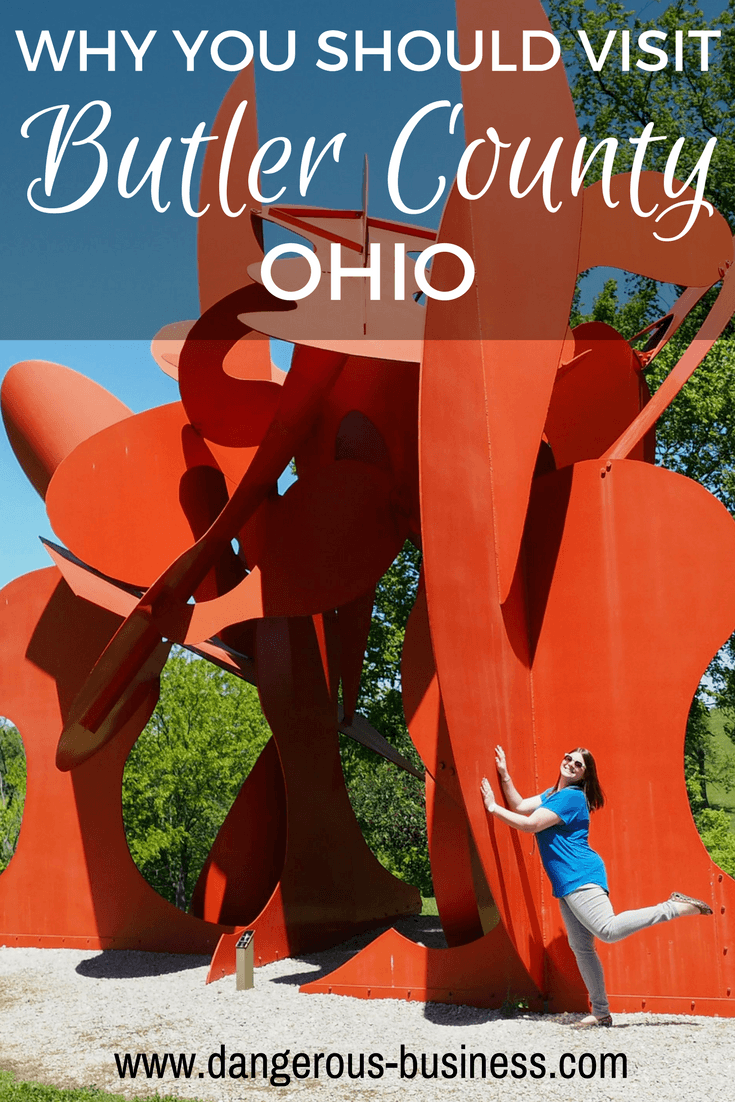 Thanks to the Butler County Visitors Bureau for hosting us and helping us explore the best of the county. As always, though, all opinions are 100% my own!