The Two Sides of Alcatraz

When I visited the former-island-prison of Alcatraz in San Francisco for the first time back in May, I was struck immediately by its dual personalities.

On the one hand, Alcatraz is a former prison that once housed some of the country's most hardened criminals. But on the other hand, it's actually a fairly attractive place with an interesting history. 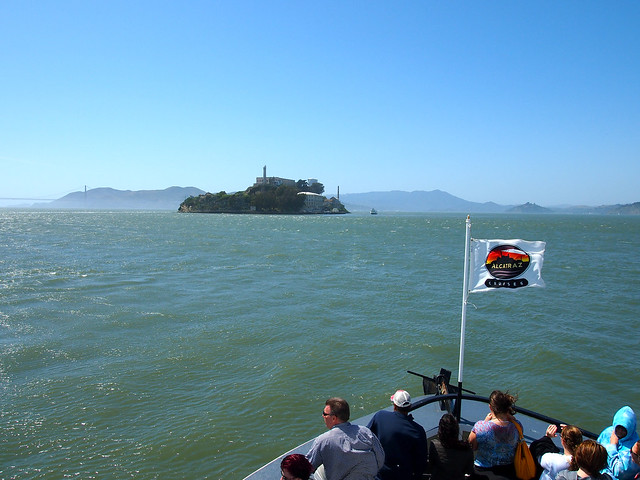 So, today, I'm going to share with you the TWO sides of Alcatraz, in photos.

Alcatraz's most well-known personality is that of a prison. But “The Rock” has actually been home to everything from a military fortification to a military prison to the federal prison it is most known for. That federal prison operated on the small island from 1933-1963, when it was home to some of America's most notorious and hardened criminals. 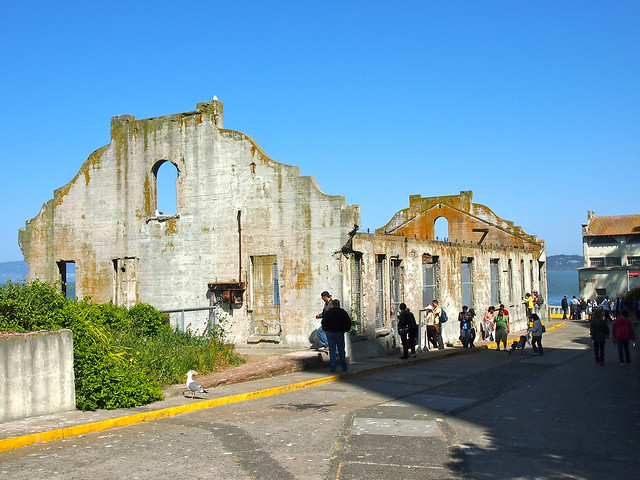 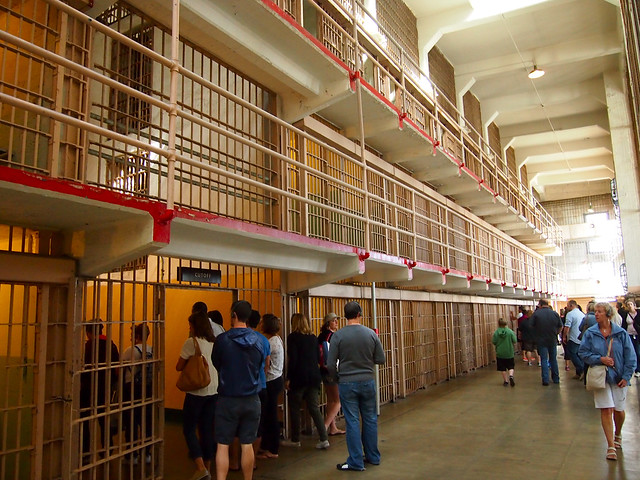 Today, Alcatraz is run and maintained by the U.S. National Park Service (it's part of the Golden Gate National Recreation Area), and multiple daily tours from San Francisco take curious tourists 1.5 miles out into San Francisco Bay for a visit. 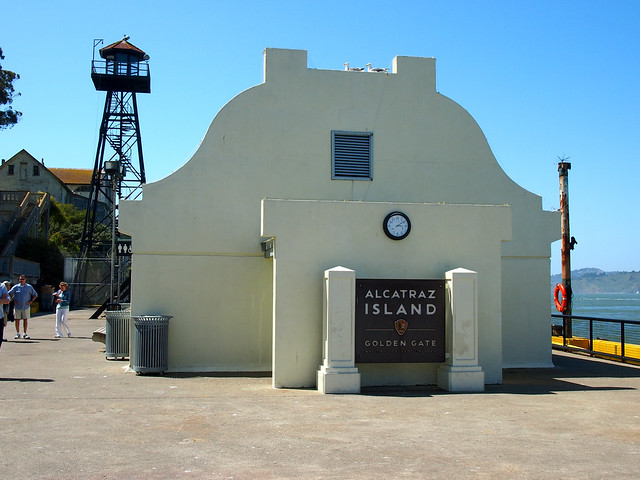 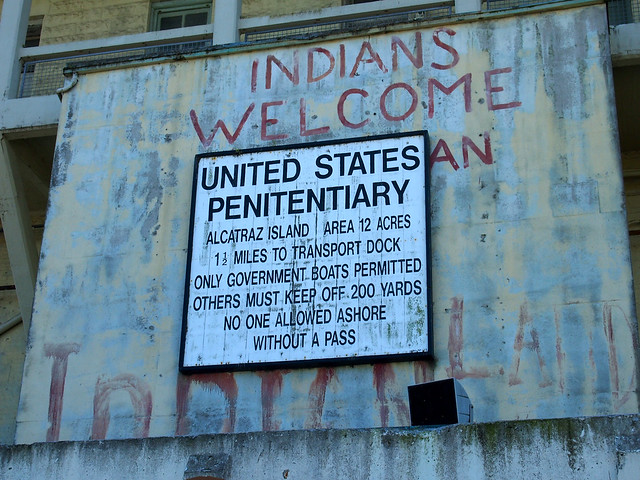 The NPS offers a fantastic guided audio tour of the island and the former prison, where you can learn about everything from who Alcatraz's most famous prisoners were (Al Capone, anyone?) to just why The Rock was so difficult to escape from (hint: it has everything to do with strong currents…). 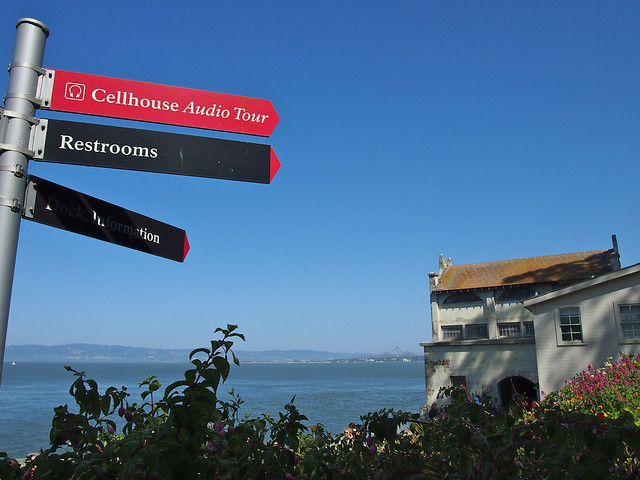 The inside portion of the tour takes you through rows and rows of cells, into the dining hall, and goes into detail about some of the most famous escape attempts made. The most violent attempt took place over 2 days in May 1946, and is often known as “the Battle of Alcatraz” — 3 inmates and 2 guards lost their lives, and another dozen were injured.

Another famous attempt was made by 3 prisoners in June of 1962, in which the inmates burrowed out of their cells (a la “The Shawshank Redemption”), climbed through the prison's ventilation shafts, and left the island on a makeshift raft. They were never heard from again, and Alcatraz always maintained that none of the 36 prisoners who tried to escape were ever successful. 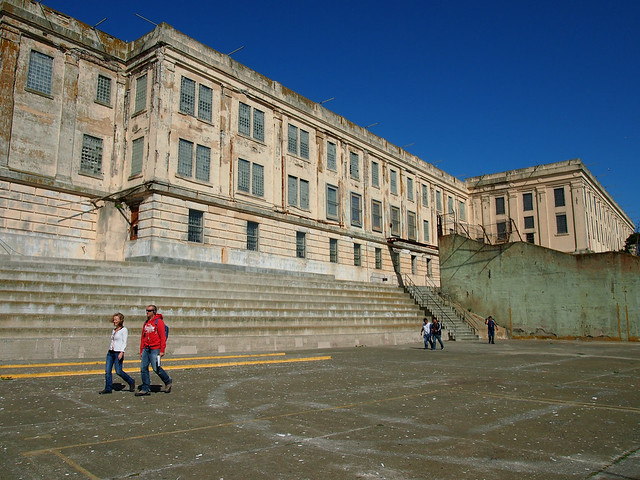 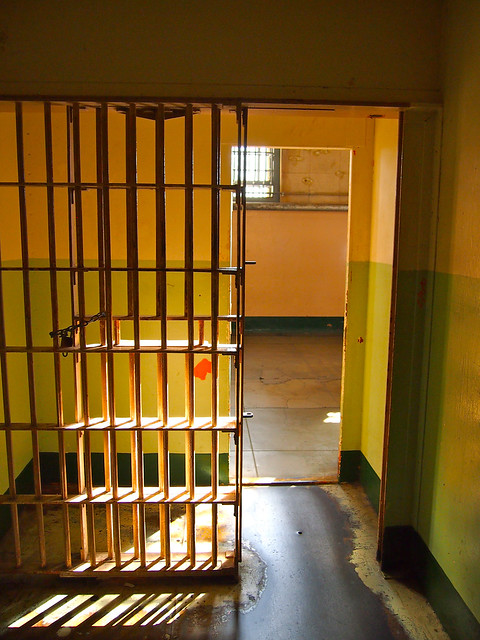 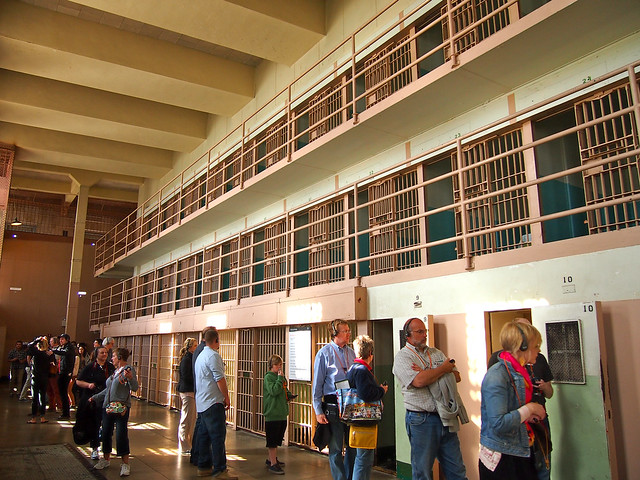 The prison story is the one you are probably familiar with. But, as I said before, there's another side to Alcatraz, too. 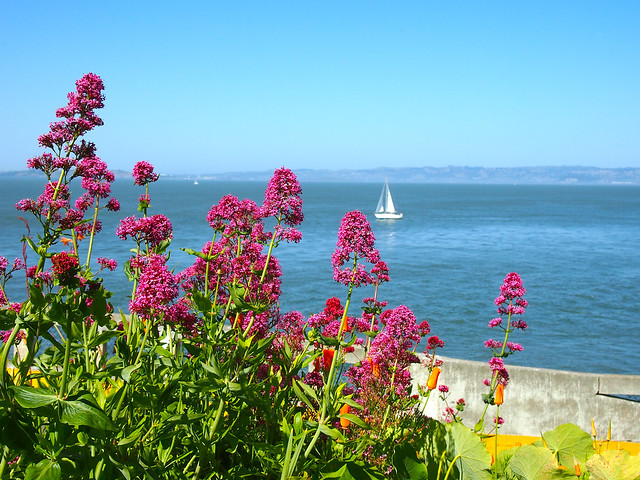 When most people think of The Rock, they think of the prisoners and the tough reputation the place acquired over the years. 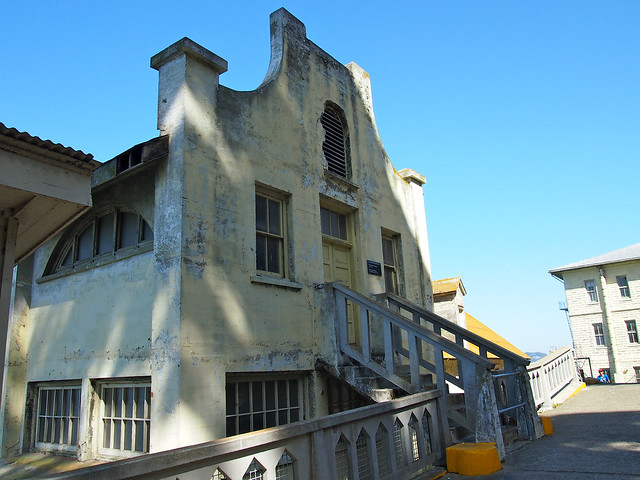 Yes, kids lived on Alcatraz, too — but not as prisoners. The wardens and prison guards lived on Alcatraz, along with their families. The kids took a ferry to school in San Francisco each day, played outside the barbed wire fences of the prison, and, yes, even welcomed Santa Claus each year.

This is a side of Alcatraz I had known nothing about before my visit there. 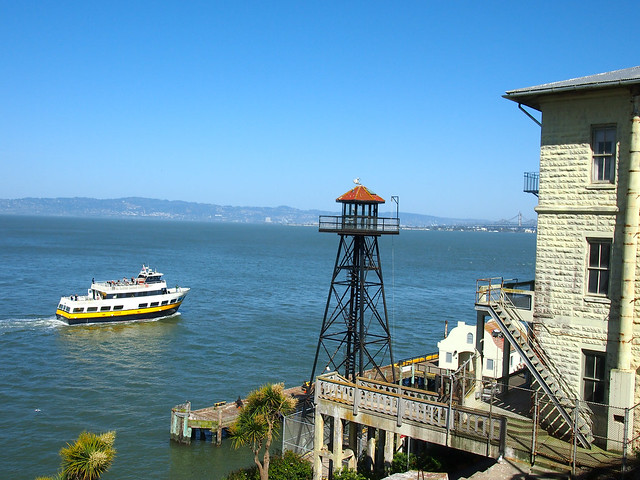 I also hadn't known about the island's phenomenal views of San Francisco and the Golden Gate Bridge. 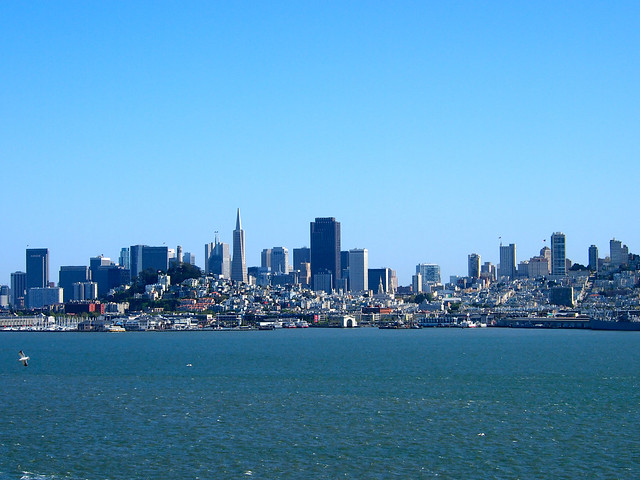 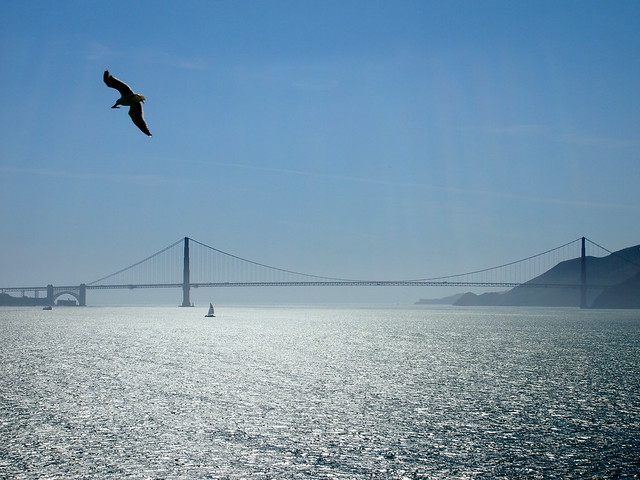 Or about its beautiful gardens. 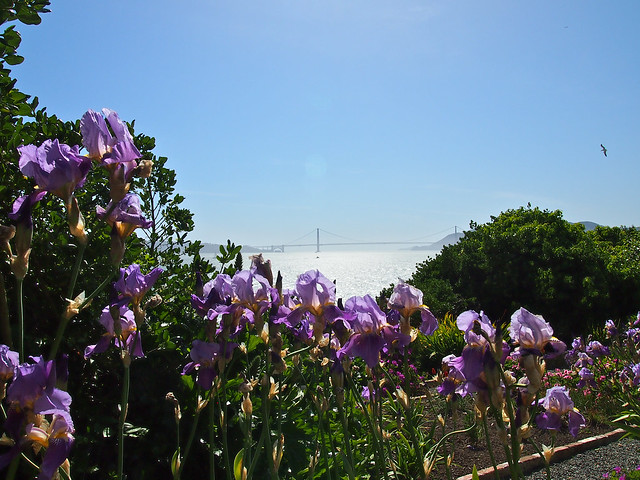 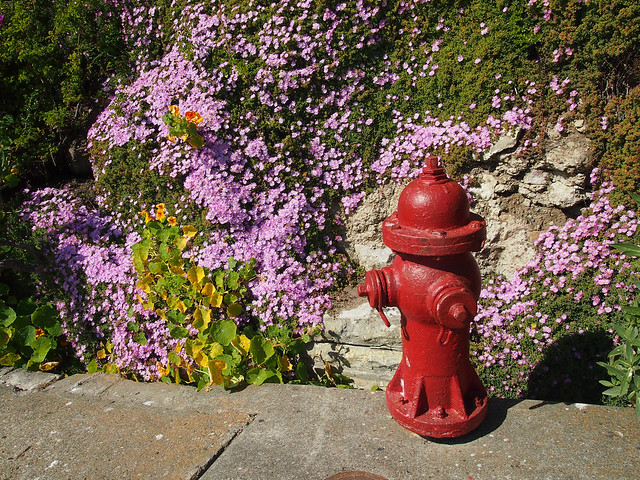 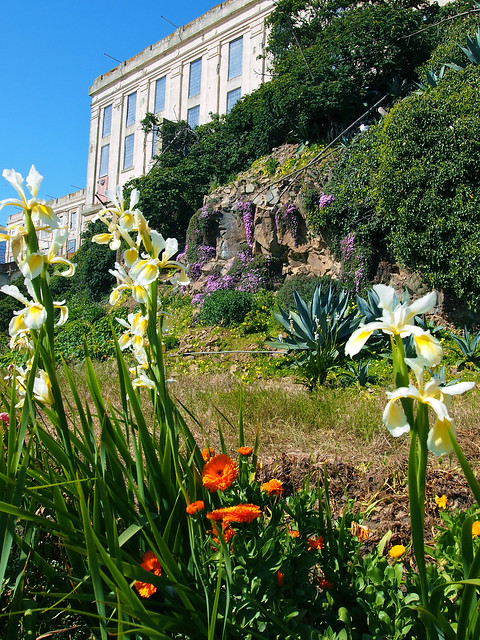 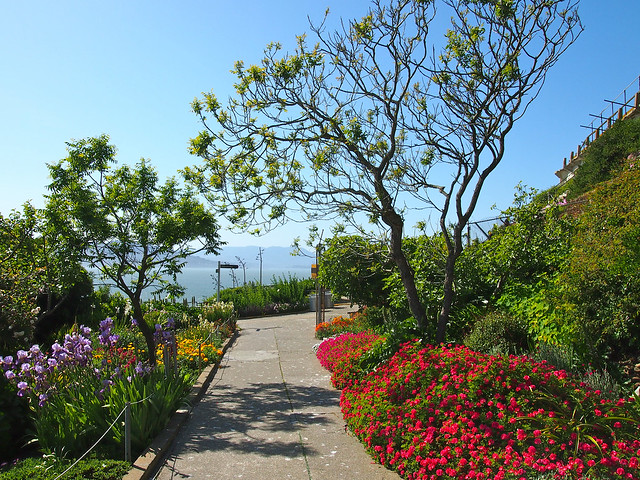 Walking through this part of the island, I felt a world away from Alcatraz the Prison. This part of The Rock was beautiful and peaceful. 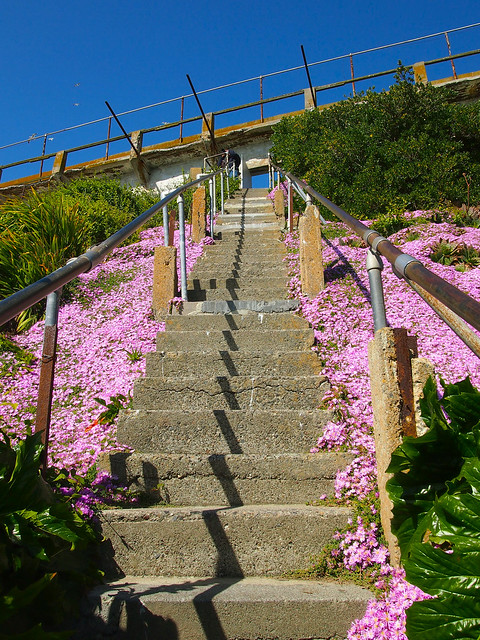 Just proof that even the most notoriously tough places can have a softer side.

Want to visit Alcatraz yourself while you're in San Francisco?

If so, here are some tours to check out:

Which side of Alcatraz would YOU be most interested in seeing? 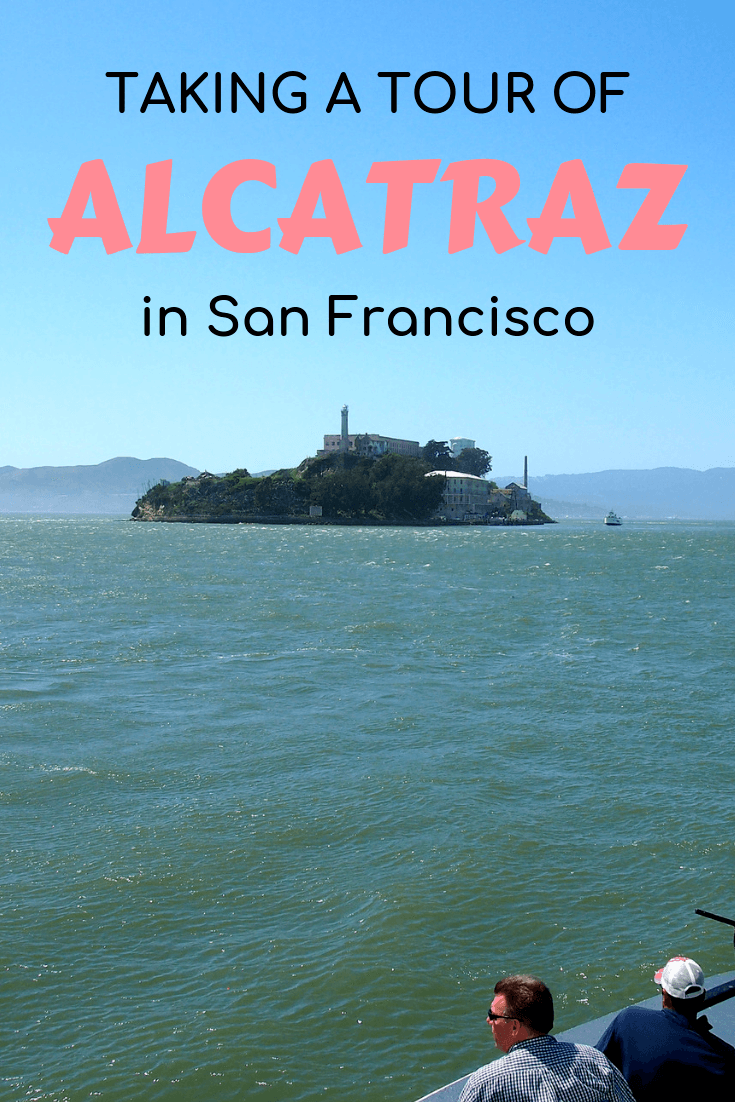 21 Comments on “The Two Sides of Alcatraz”