Ahead of me, there is just a sea of flickering flames. Behind me, the same. Fire as far as the eye can see.

And yet these are peaceful flames. Happy flames, even, being carried by smiling people from all over the world as they parade through the city of Edinburgh, Scotland, after dark. The torches they carry — made of burlap and beeswax — flicker and sputter in the wind, casting shadows and coating every surface with a thin layer of melted wax. 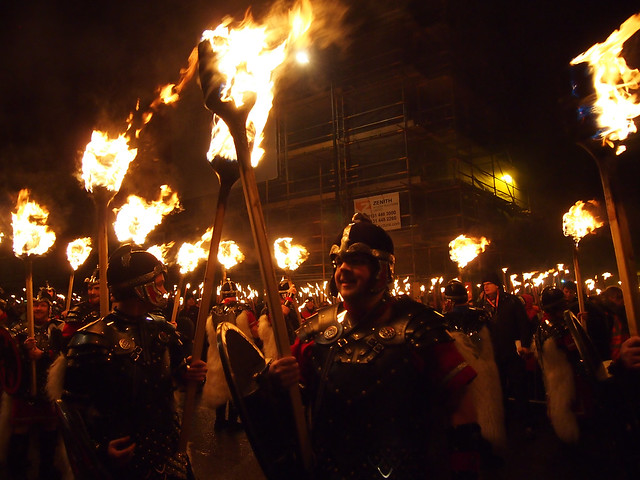 As I join in with my own torch behind a band of fire-toting Vikings, I can't help laughing out loud. This is something you would never see in America.

In Edinburgh, however, the Torchlight Procession is an annual event, marking the beginning of the city's Hogmanay celebrations to ring in the New Year. As I've mentioned before, Scotland doesn't just dedicate one day to the passing of the year. Here, Hogmanay lasts for three.

It's with thousands of flaming torches — more than 7,000 in 2012 — that Hogmanay really kicks off in Edinburgh. The thousands of marchers gather outside the National Museum of Scotland on Dec. 30 and then parade down Chambers Street, over the North Bridge, and up to the national monument on Calton Hill, where an effigy of the “old year” is burned and fireworks cap off the evening. 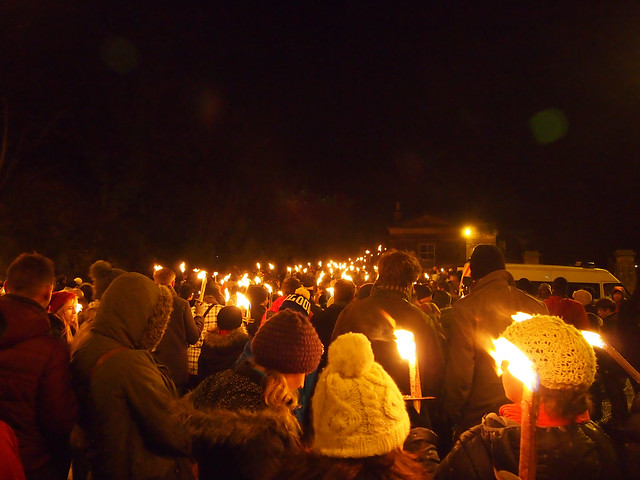 I was lucky enough to be a torch bearer last month, and I can say that the experience was definitely a highlight of my time in Scotland. 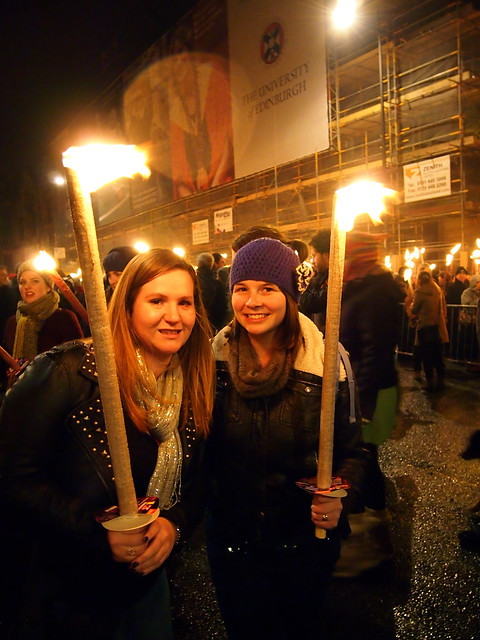 Fire has long been a central feature of Hogmanay celebrations in Scotland, dating back to the nation's ancient pagan past. Fire has long symbolized rebirth and new beginnings, and flames are believed to ward off the evil spirits that dwell in the darkness.

We certainly chased off plenty of evil that night in Edinburgh. 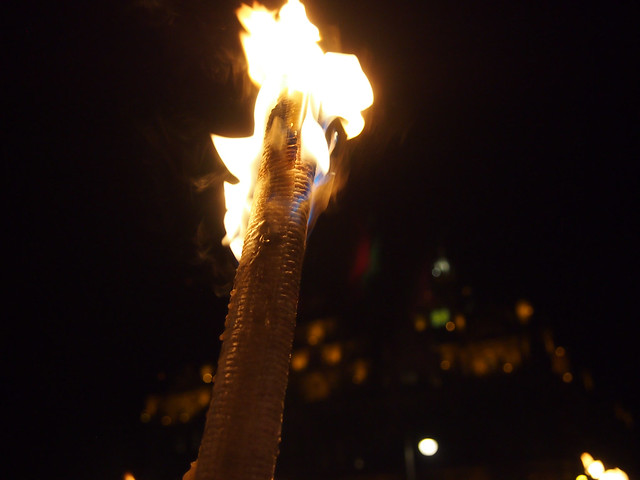 The Torchlight Procession began in front of the National Museum with something akin to a pep rally. There were over 100 bagpipers and drummers, 26 Up Helly Aa' Vikings, and tens of thousands of spectators bundled up against the Scottish chill, eyes bright and smiles on display. 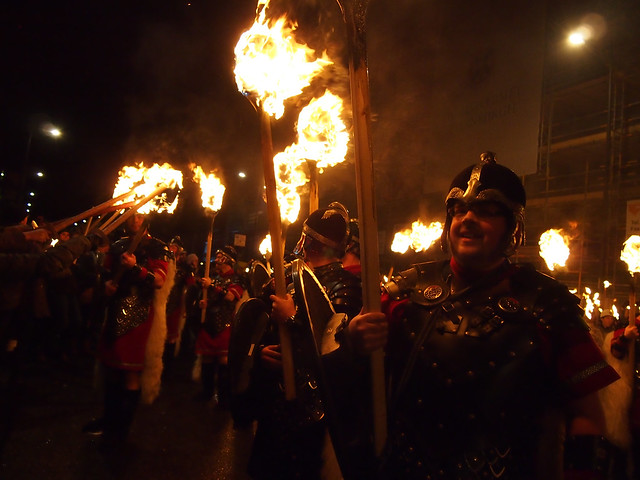 After the initial excitement of igniting torches and the surge or torch bearers taking to Chambers Street, the event became oddly calm and serene. The flickering torches bobbing up and down the street became an ideal backdrop for exchanging a smile with a stranger or simply reflecting on the quickly waning year. As we made our way up Calton Hill, my eyes were continually drawn back to the city below, where torch bearers glided across North Bridge like hundreds of fiery ghosts.

The photos, I promise, do not do it justice. 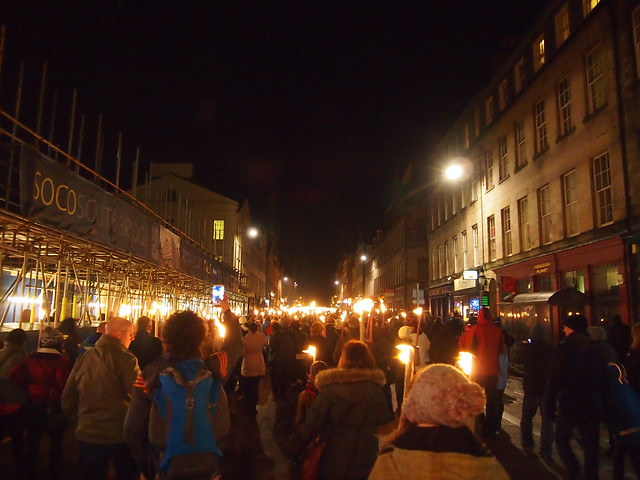 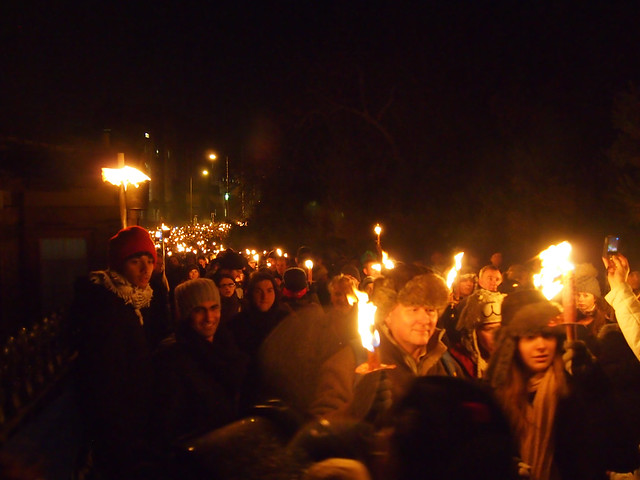 Once up on Calton Hill, we waited for 2012 to burn and for the finale fireworks to illuminate the night sky. The night would be an unforgettable start to my Hogmanay experience. 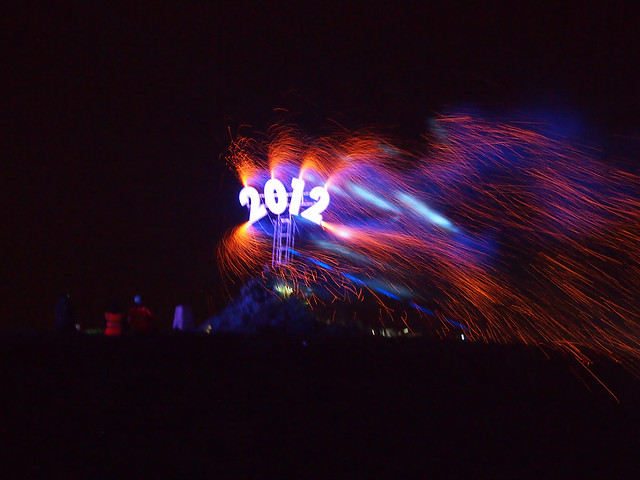 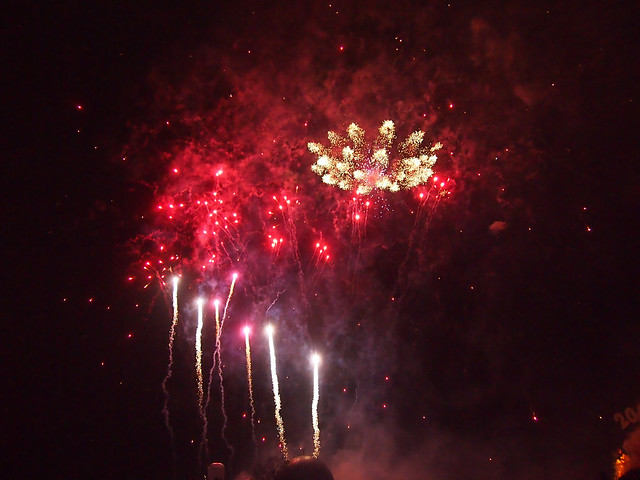 To say that the Torchlight Procession was beautiful would be an immense understatement. Yes, there was the occasional fear of catching fire as the wind brushed sparks and wax against my clothing and hair. And yes, the idea of little kids and (possibly) drunk people carrying fiery brands was initially worrisome to this American (you would NEVER find an event like this in the U.S.!). But, in the end, this was one of my favorite parts of Hogmanay. 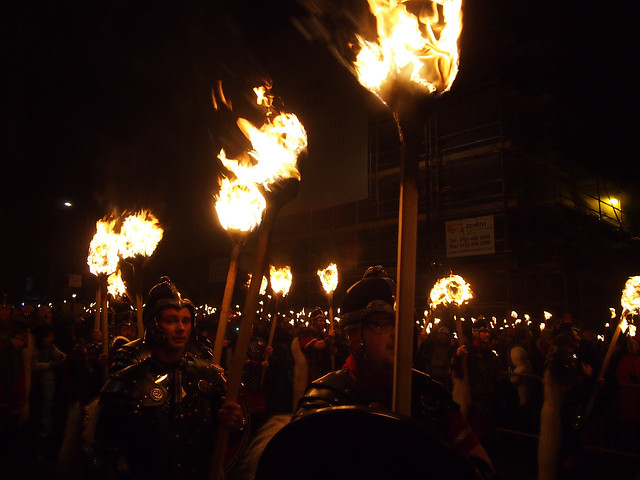 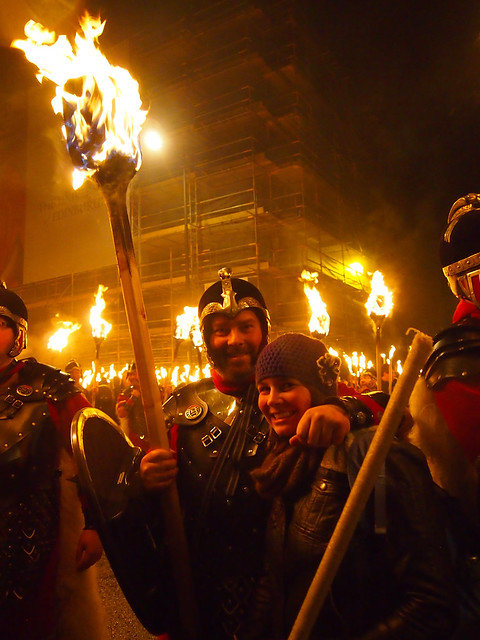 The Torchlight Procession is often overshadowed by the other Hogmanay events. But it's definitely worth participating in if you can. It happens every year on Dec. 30, and you have to pre-order your torch if you want to carry one. Torches in 2012 ran 6 GBP, with all proceeds going to charity.

Would YOU want to participate in this Hogmanay tradition?

28 Comments on “The Hogmanay Torchlight Procession”