The Sound of Music in Salzburg

Home » Europe » Austria » The Sound of Music in Salzburg

I was not a typical child when it came to my television and movie preferences (I blame it on the fact that I grew up without cable). For example, when I was younger, my favorite movies included “The Wizard of Oz” and “White Christmas.” “Mary Poppins” and the Mary Martin version of “Peter Pan.”

And, of course, “The Sound of Music.” 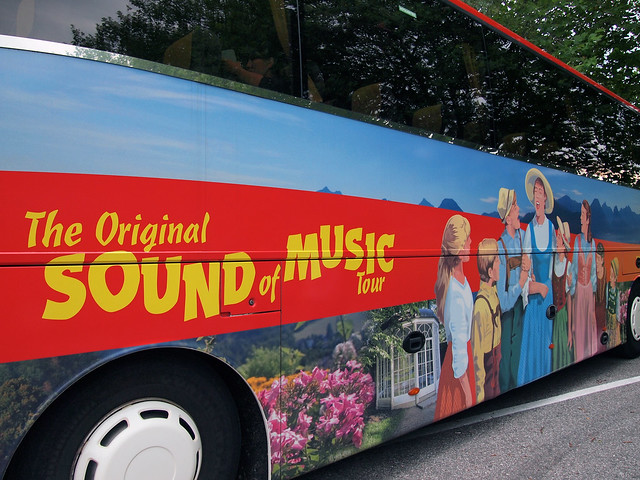 My first copy of “The Sound of Music” was on a VHS tape in a battered yellow cardboard case. It had been recorded from television in the late 1980s or early 1990s by my grandma, and was given to me after I insisted on watching it (old commercials and all) over and over and over whenever I was at her house. Eventually, the tape became mine.

For a few years, nearly every Friday afternoon was spent playing Monopoly (or sometimes Clue) with my grandpa and watching “The Sound of Music.” It didn't matter that I didn't understand the WWII references or that the love story largely went over my head — I loved the songs and the characters. I didn't even care that the movie was over three hours long.

My love for this Julie Andrews classic has carried over seamlessly into my adulthood. I have many of the film's songs on my iPod, and my DVD copy of the movie was one of the few that I didn't sell before moving out of my apartment an embarking upon a round-the-world trip. Naturally, I knew I had to eventually visit Salzburg and live out my “Sound of Music” fantasies. 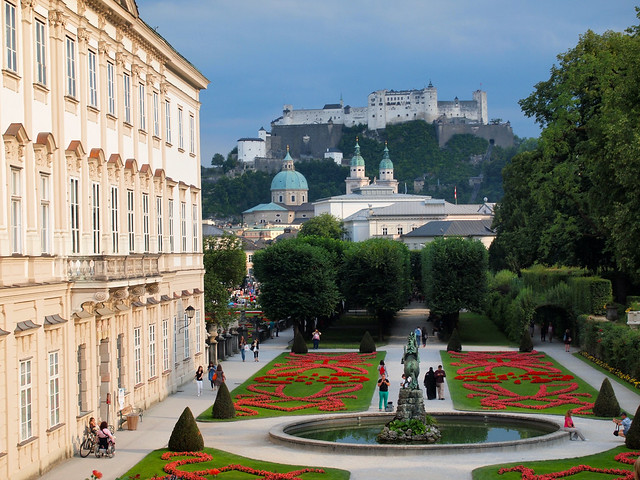 Salzburg itself is a city of music. Home to Mozart and many international music festivals, this Austrian city is about much more than Rogers and Hammerstein's portrayal of the von Trapp family's story (in fact, the Hollywood version of the movie isn't even popular here in Salzburg, or Austria for that matter).

But for this “Sound of Music” fan? The movie was all I could think about.

As I strolled through the normal, touristy parts of the city — through Mirabell Gardens, around the Old Town, up to a lookout point — I couldn't help but recognize places from the film. And of course I was humming to myself the whole time. 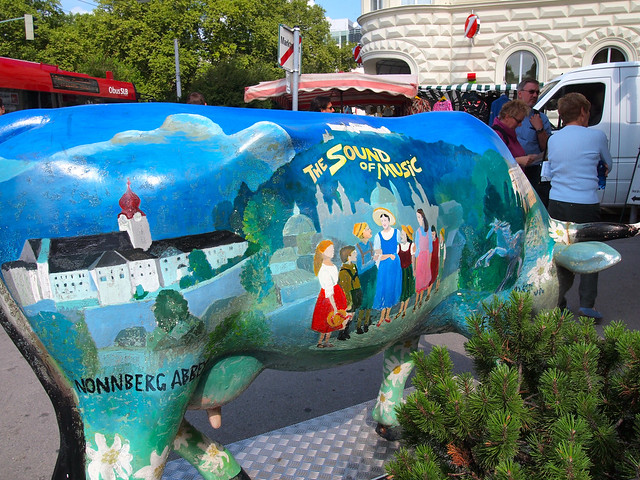 In case you, too, are a huge “Sound of Music” fan, here are all the places in and around Salzburg that you will definitely want to see:

The gardens at Mirabell Palace are one of the must-sees in Salzburg, whether you're a “Sound of Music” fan or not. But if you ARE a fan, these 18th-century gardens will have you grinning. MANY scenes from the movie were filmed here, including a large portion of the “Do, Re, Mi” scenes. You might recognize the statues with raised arms and fists at the entrance to the gardens, the Pegasus Statue Fountain that the kids sing around, and of course the steps that the von Trapp children and Maria sing on, hopping up or down with each note. Here you can also find the vine-covered tunnel that the family dances through in their curtain clothes, as well as the “Dwarf Garden” featured in the “Do, Re, Mi” sequence (the kids march by and tap a certain silly gnome on the head as they pass). The steps to this garden are directly opposite the Pegasus fountain (across from the palace). 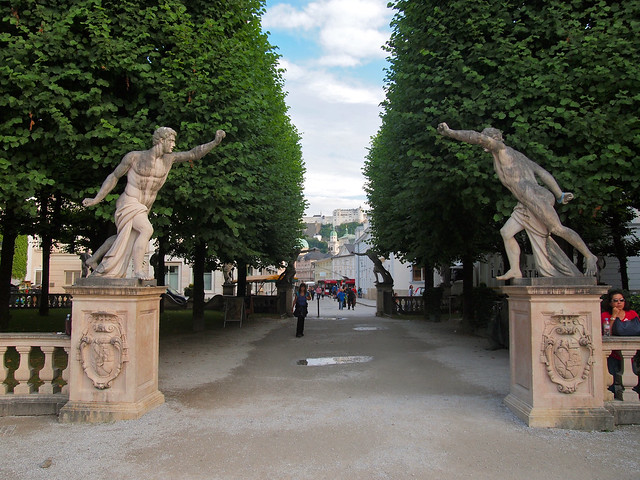 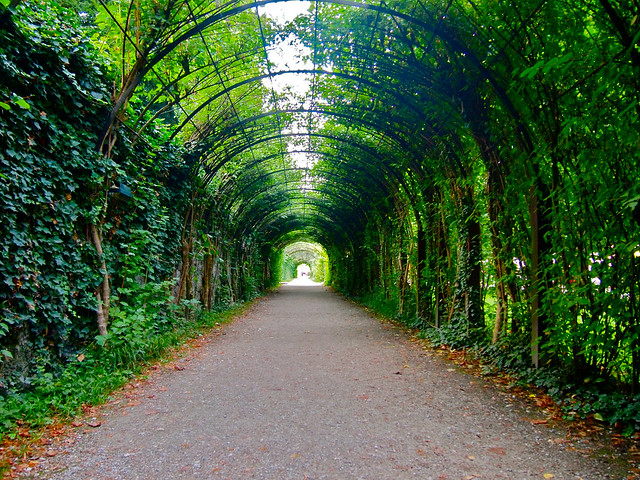 Speaking of recognizable fountains, the Horse Fountain in Residenzplatz is one that should be familiar. Maria marches into this square singing “I Have Confidence,” giving a confident splash in the fountain. 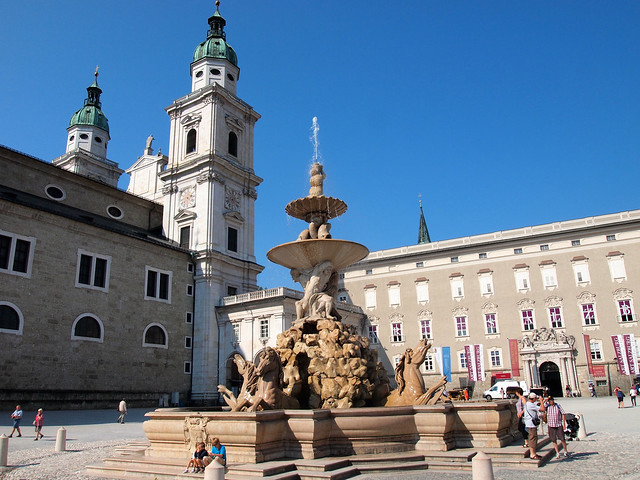 Today it's a fountain, but the Horse Bath used to be just that — a place to bathe horses. The kids and Maria pass this in their curtain clothes after “My Favorite Things.” It's not an especially memorable scene, but the bath itself is cool and worth seeing. 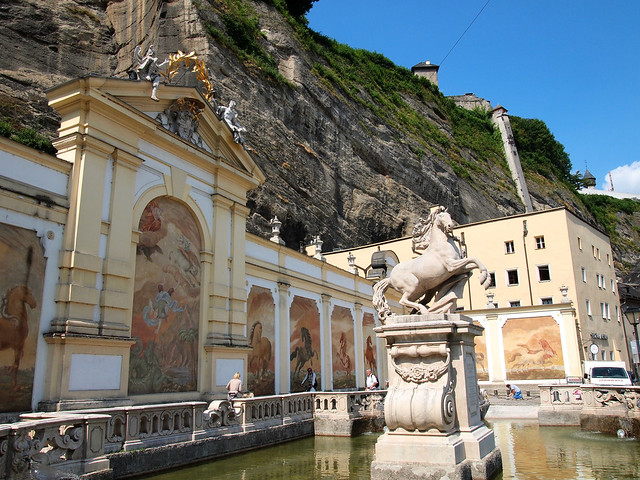 The unique cemetery of this abbey — with colorful plots that are rented instead of bought — is not always included on “Sound of Music” tours of Salzburg. But it should be. While no scenes were actually filmed at this abbey, the cemetery — with its shadowy gated areas — was the inspiration for the set used at the end of the film, when the von Trapps hide out at an abbey cemetery from the Nazis. Walk though St. Peter's Cemetery, and you will immediately see the similarity. (Plus, this is just a really beautiful cemetery to wander around.)

View of the Untersberg

Lastly, if you visit Hohensalzburg Castle, be sure to go to the viewing area on the rear battlements. Here you get a great view of the Untersberg — the mountain Maria tells the Mother Abess she was on before she came back late to the abbey for prayers. (It's a bit too far away from the city for this to actually be plausible, of course, but ah, that's Hollywood for you.) 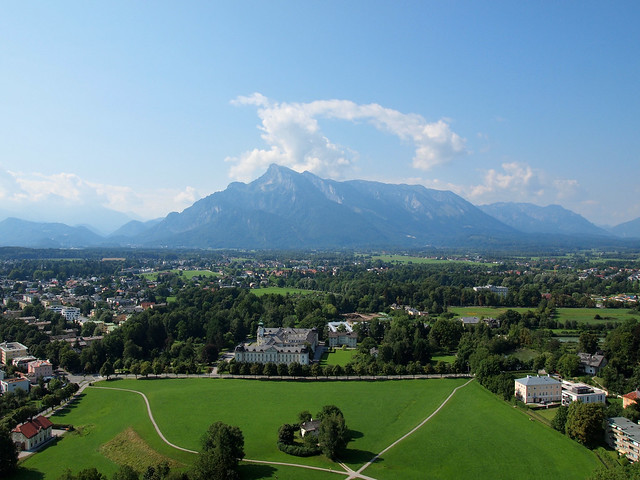 The von Trapp family house in the film is actually two different places in real life (well, 3 if you also count the sound stages that many of the indoor scenes would have been shot on). The first recognizable place is Leopoldskron Palace. The back terrace of this mansion was used in quite a few “Sound of Music” scenes, including the one where Maria and the children tip out of a boat and into the lake while waving to Georg and the Baroness. A room in this palace was also supposed to be the inspiration for the room in which Maria and the kids put on the puppet show in the film. 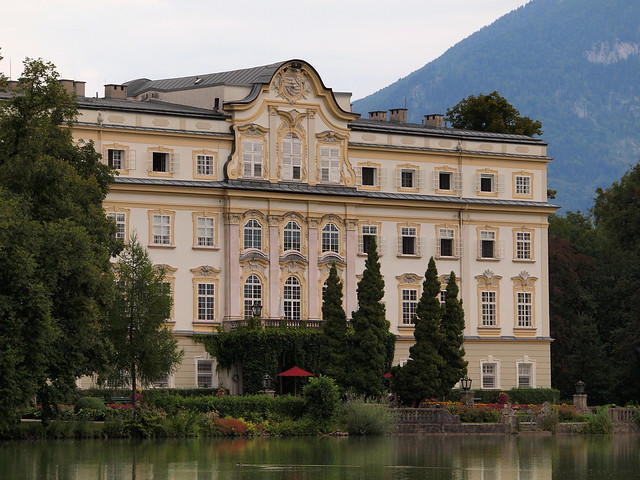 Not far from Palace Leopold is Frohnburg Palace. A private residence (and now actually a music academy), the front of this mansion (along with its gates) is what Maria first sees when she rounds a corner and sets eyes on the von Trapp family home for the first time (at the end of “I Have Confidence”). 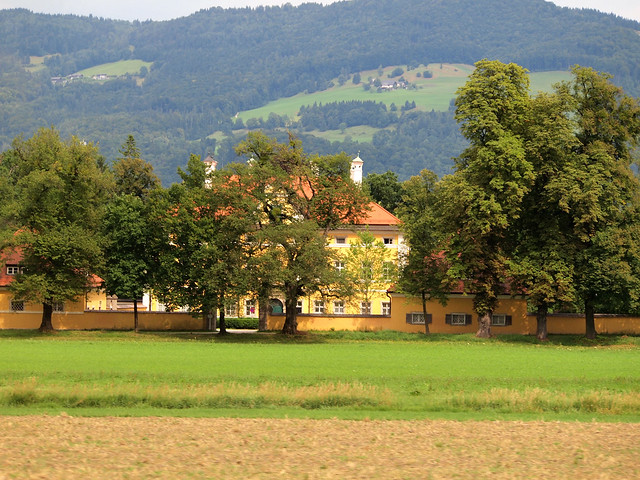 Want to re-enact the “16 Going on 17” scene between Liesl and Rolph from the film? To do so you'll have to visit Hellbrunn Palace, where the gazebo currently resides. For the filming, it was actually erected outside Palace Leopold. But it's easier for the public to visit and pose in front of at Hellbrunn Palace (though sadly you can't go inside it anymore). 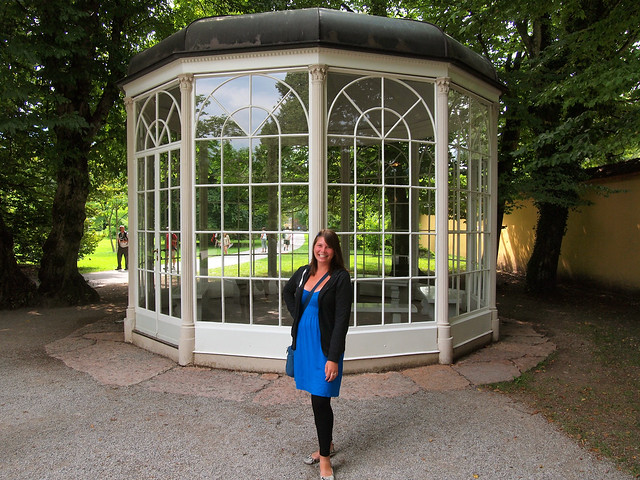 Even though it's a bit far from Salzburg (15 miles or so), the Collegiate Church in the town of Mondsee is well worth a visit. This is where the wedding of Maria and the Captain took place in the film — a stunning church of pink and white on the inside. You can almost hear the nun's chorus singing as you walk down the aisle.

*These sites were all visited on a “Sound of Music” tour with Panorama. And no, I was not compensated to tell you about the tour — I paid for it myself and really enjoyed it!

There are more sites to visit in/around Salzburg that are associated with “The Sound of Music,” of course — I just didn't have the chance to get to any others. Other places of interest include Nonnberg Abbey, the Mozart Bridge (the one Maria and the kids skip across in their curtain clothes), and the Festival Hall Complex (where the von Trapps perform right before they flee from the Nazis).

If you're a “Sound of Music” fan, chances are you'll love Salzburg just as much as I did!

Which of these “Sound of Music” sites would you most want to see?

*Note: I visited Salzburg as part of my Busabout adventure through Europe. Busabout has provided me with transport on all 3 of their Europe loops, but all opinions of the destinations I visit are entirely my own!

37 Comments on “The Sound of Music in Salzburg”