I think I have a new favorite animal.

And that animal is the sloth.

These weird-yet-adorable creatures call the forests of Central and South America home, dangling from trees their whole lives and remaining generally low-key. Because they are so chilled-out and not usually anyone's favorite animal, I actually knew very little about sloths until I went to Costa Rica and visited a couple animal sanctuaries to learn about them.

Spending time observing these creatures at both the Sloth Sanctuary and the Jaguar Rescue Center helped me not only learn a lot about sloths, but also fall in love with them.

Read on to learn some fun facts about sloths, and to see plenty of adorable and funny photos! 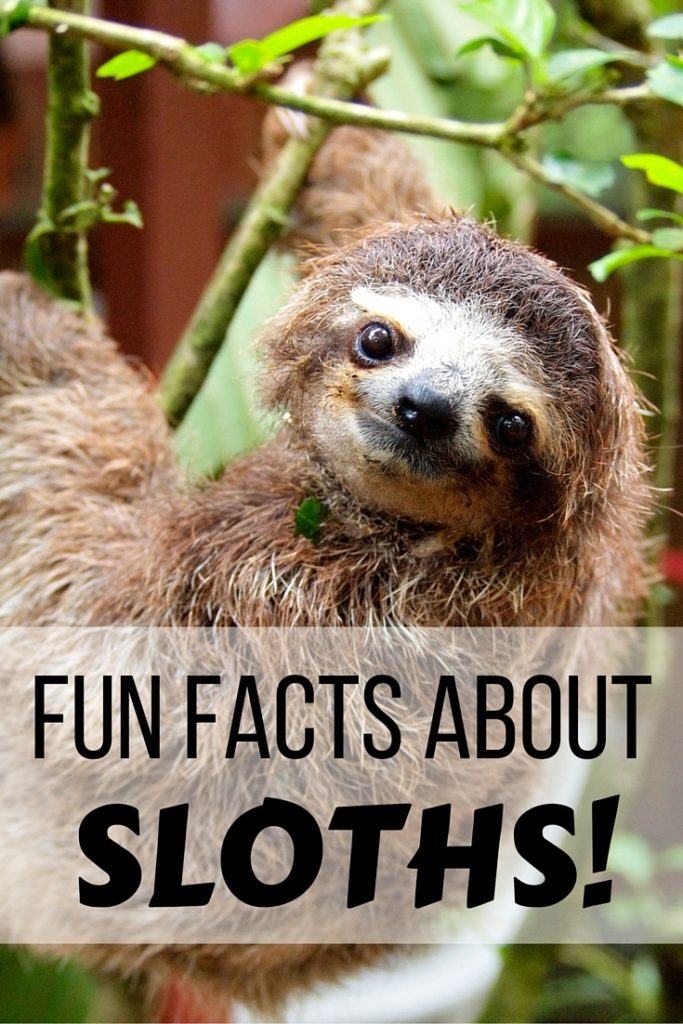 Fun fact #1: Sloths are slow — but not necessarily lazy. Their diet consists almost entirely of leaves, which are not very nutrient-rich. The animals, therefore, need to conserve as much energy as possible.

Fun fact #2: Because of their leafy diet, sloths digest their food very slowly. This means they only go to the bathroom a few times per month. When they have to “go,” they climb down out of their trees to do their business. This is pretty much the only time they are on the ground on purpose. 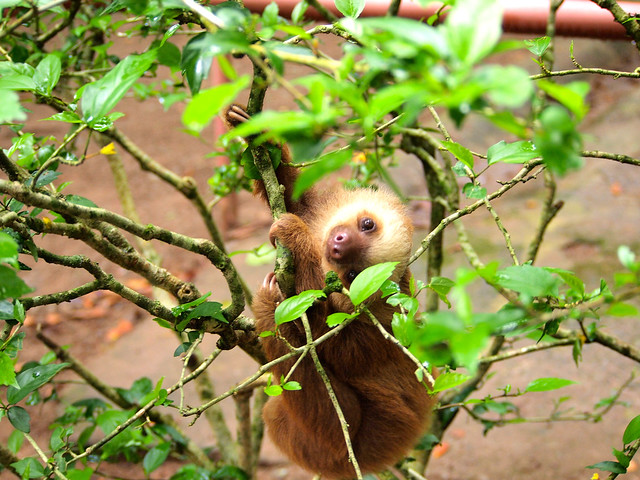 Fun fact #3: Sloths can swim! They may look awkward on land, but their long arms actually make them pretty good swimmers. 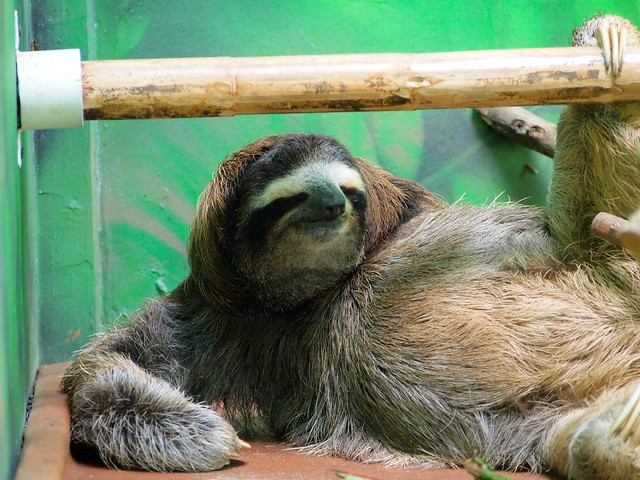 Fun fact #4: The two-fingered and three-fingered sloths come from completely separate families of animals, and do not ever mate together. (Which kind is your favorite? I love the permanent smiles on the faces of the three-toed sloths!)

Fun fact #5: Sloths sleep more than half the day (up to 18 hours) and are most active at night. 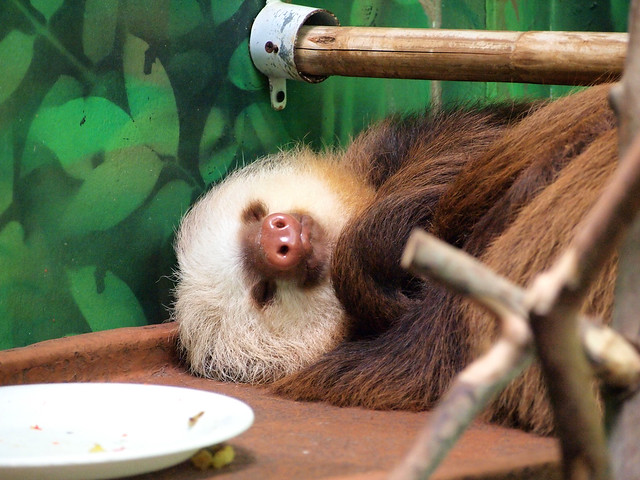 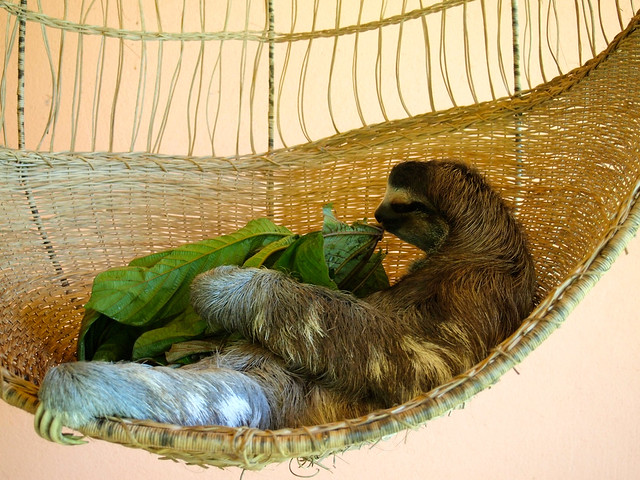 Fun fact #7: Baby sloths in the wild stay with their mothers until they are roughly a year old. They ride on their mothers' bellies as Mom climbs through the trees.

Fun fact #8: Even though they look kind of like monkeys, the closest relatives to the sloth are armadillos and anteaters. 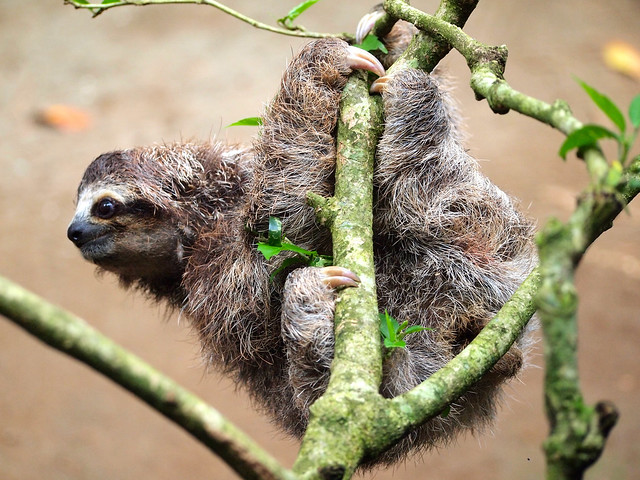 Fun fact #9: In the wild, sloths usually live 15-20 years. Some people will tell you that their lifespan can double in captivity, though I'm not sure if that's accurate or not. 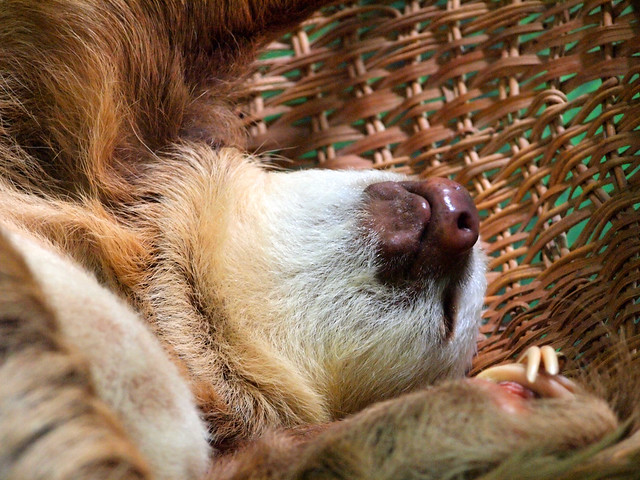 Fun fact #10: Sloths don't smell. In fact, they do not give off any sort of body odor as a way of staying camouflaged. Because they move so slowly, algae actually grows on their fur, making them smell like trees, thus protecting them further. 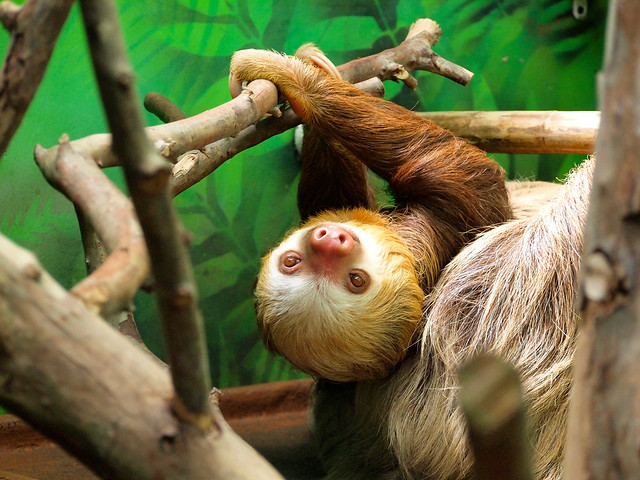 Fun fact #11: Sloths are solitary creatures. Other than when a female has a baby to care for, sloths do not tend to live together. (This, of course, differs when young sloths are left motherless and end up at sanctuaries, like in the photo below.) 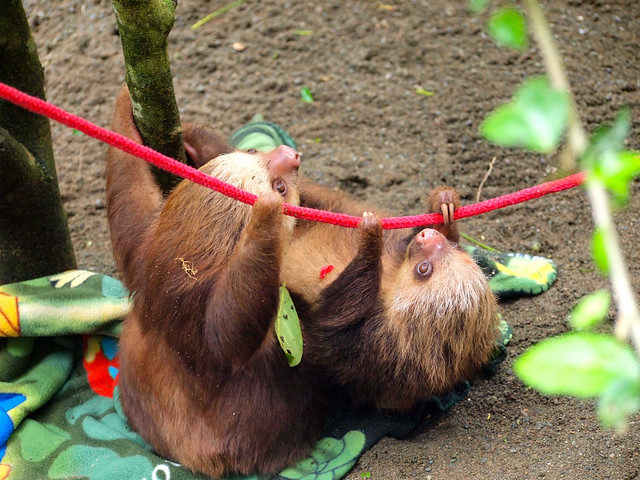 Fun fact #12: Three-fingered sloths can turn their heads up to 300 degrees! Wild! 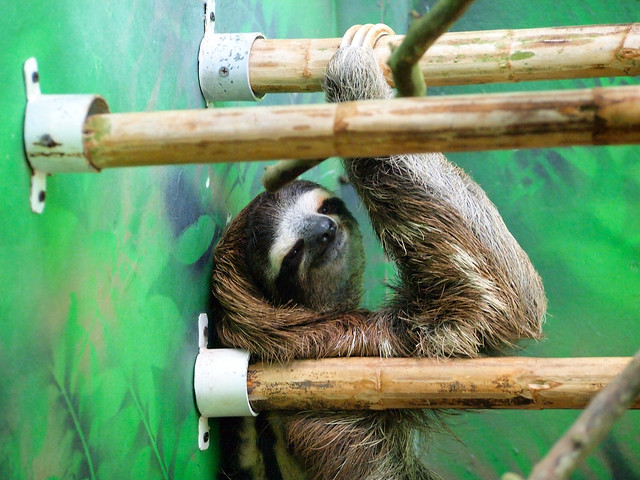 Fun fact #13: The biggest threat to a sloth is humans and manmade development. In Costa Rica, sloths are most often killed by climbing on poorly insulated electrical wires, or being hit by cars. 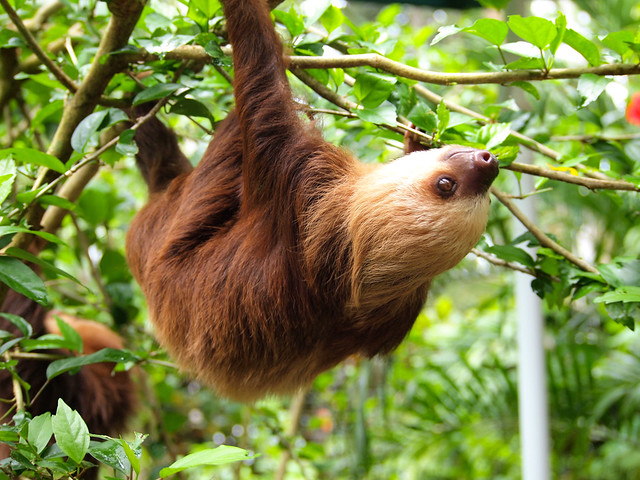 And, lastly, sloths are cute! I mean, look at them!! 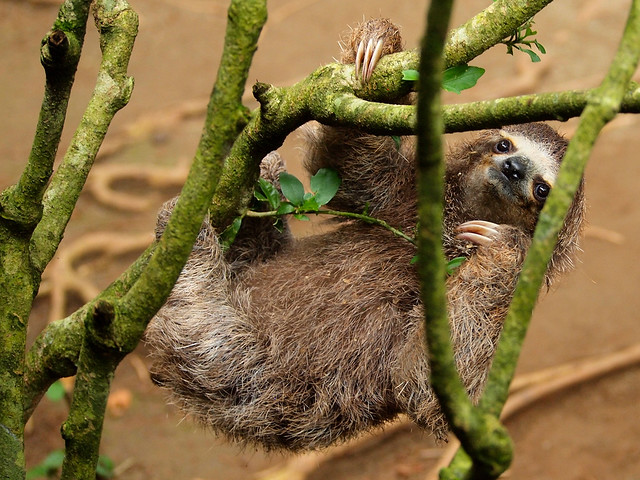 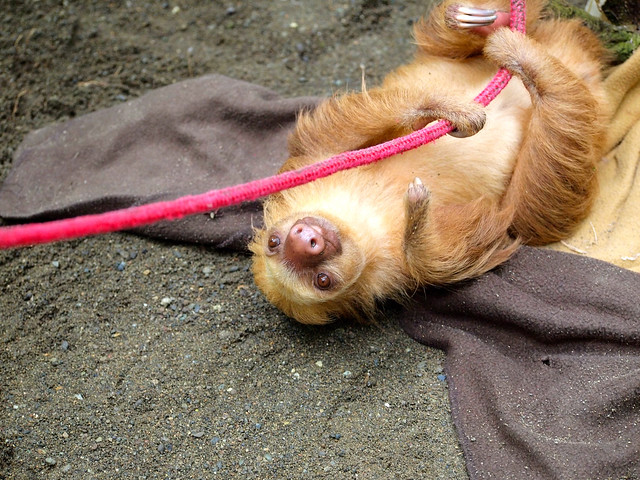 WHERE TO SEE SLOTHS IN COSTA RICA

You can often see wild sloths in the trees as your travel around Costa Rica. If you want to learn more about these fascinating animals and the conservation work that goes into saving them, I recommend checking out:

The Sloth Sanctuary – Located 30 minutes south of Limon on Costa Rica's Caribbean coast, the Sloth Sanctuary is dedicated to caring for injured and orphaned sloths. The sanctuary offers tours to visitors on the hour from 8 a.m. to 2 p.m. Tuesday-Sunday. Their 2-hour tours are $30 per person.

Which sloth fact surprised you the most?