6 Reasons to Add the Faroe Islands to Your Bucket List

When you travel the world for a living, the reality is that sometimes destinations start to blur into one another. Big cities start to feel the same; this beautiful beach looks just like the last beautiful beach; and grand churches and cathedrals start to lose their awe factor.

But then, every once in a while, you travel to a new place that's so unique and so breathtaking that you know there will be no chance of it feeling like “just another” destination.

Located roughly halfway between Norway and Iceland, the Faroe Islands are made up of 18 rocky, volcanic islands in the wild North Atlantic. They technically are an autonomous part of Denmark – meaning they use the Danish Krone and are officially “part” of Denmark according to the UN – but they feel worlds away from the bustling streets of Copenhagen.

In fact, the total population of the Faroe Islands is only about 50,000.

The speak Faroese (which is close to Icelandic, meaning good luck pronouncing some of the place names) and have their own government. They even issue their own passports.

And, as the locals would probably tell you, there's absolutely no chance of confusing the Faroe Islands with Denmark – or any other Scandinavian country, for that matter. It truly is a place that stands out all on its own.

Not that I didn't *try* to compare it to other places I've been, of course. On my first day on the island of Vagar, I exclaimed on Snapchat that the Faroes are “like Iceland on crack.” You have the steep green mountains and craggy coastlines that resemble parts of Iceland – except that's pretty much ALL you have in the Faroe Islands.

After spending a week in the Faroes, they still reminded me a bit of Iceland (and parts of Northern Norway, too). But the Faroe Islands are so much more than just a “mini Iceland;” they are unique in so many ways – and definitely deserve a spot on your travel bucket list.

6 reasons to visit the Faroe Islands

I have a lot to share with you about my time in the Faroes, but for now I thought I would lay out all the reasons why I think you should visit.

I'm well aware that these islands get bad press every single year (and if you don't know why, just do a quick Google search and you'll soon find out). But I think it's extremely unfair to judge a place on one thing that people don't like. I mean, do we paint all of Thailand with the same brush because of elephant riding, or say all of the United States is awful because of Donald Trump? (Some people probably do, but that's not really fair.)

So we're not going to talk about that right now. Instead, I want to show you all the things that are really spectacular about the Faroe Islands.

There are no arguments anyone can make that will convince me that the Faroe Islands don't have some of the most stunning scenery in the world. It's just a visually striking place, with green mountains and shaggy sheep; crashing waterfalls and colorful little villages.

You could use all the cliche travel writing phrases to describe the Faroes: quaint villages nestled at the foot of breathtaking mountains and fjords… a hidden gem of a place… But the thing is that you wouldn't be lying.

The Faroes also have some fantastic hiking opportunities – with even better views, of course.

I didn't do anything crazy, but even the easy 3-hour hike up to Trælanípa was epic. There are sea cliffs, a waterfall, and a lake that looks like it's floating above the sea. Not bad for less than half a day of walking!

Despite the fact that most people probably can't find the Faroe Islands on a map (if they even appear on your map – on some maps they don't!), they're not actually as remote as you might assume.

Yes, the Faroes are in the middle of the ocean, but you can get easy flight connections these days from places like Copenhagen, Bergen, Reykjavik, and more. (I flew from Bergen in less than 1.5 hours.)

Once you get there, it's incredibly easy to get around with a rental car. Signs are easy to read, tunnels and bridges connect the main islands and make travel times short, and roads are all paved and well-maintained. (Some roads are admittedly very narrow and winding, but the quality of them is still very good.)

I was actually pleasantly surprised by just how easy it was to get around in the Faroes. You do need a rental car to truly explore all the best nooks and crannies, but the actual act of traveling is super easy.

RELATED: Road Tripping in the Faroe Islands: Where to Go and What to Know

Maybe it's because they haven't been inundated with tourists yet, but I found Faroese people very welcoming to me as a tourist. These people are hardy (you have to be when you live in a place with such changeable weather!) and hard-working, but also love good food and drink. They also are very passionate about their home.

I got to chat for an evening with Anna and Oli from Velbastaður, who host travelers for dinners in their beautiful seaside home. They served up things grown right on their farm, and chatted about everything from sheep dogs to whether they think that craft beer will take off in Tórshavn or not.

(You can book a similar dinner with locals here.)

I also met local musicians, local hiking guides, and even a politician in Tórshavn – all of whom were lovely.

“Summer” in the Faroes is subjective, of course, and I spent most of the festival wearing multiple layers and a knitted hat, but it was nonetheless one of the most beautiful festival settings I've ever seen. (And there are totally wood-fired hot tubs available if you really want to keep warm.)

The G! Festival also had a nice mix of international and local Faroese acts performing, meaning I was introduced to a lot of new artists! If you need a specific reason to visit the Faroe Islands, this would be a good one.

Some other popular annual festivals include the Ólavsøka festival (around the Faroese national holiday in late July) and Summer Festival (another music fest in August).

The island of Mykines is only a 45-minute ferry ride from the island of Vagar, and in the summer the entire island is covered in birds – including thousands of puffins!

(And really, do you need any other reason to visit??)

Yes, I use Instagram myself to share and look at pretty travel photos. But it's impossible to ignore the fact that social networks like Instagram are contributing to certain destinations becoming congested with tourists trying to take the perfect selfie.

Iceland, for example, became Insta-famous because of its incredible landscapes, and now the country is struggling to figure out what to do with more tourists than it can handle.

The Faroe Islands don't currently have that problem. Even though the landscapes are incredible, the fact that the Faroes remain relatively obscure means that there aren't really a ton of tourists there. I visited the most-photographed waterfall in the Faroe Islands on two separate occasions in July (high season in the islands), and only shared the view with a couple of other people.

If you want to visit a place that social media attention hasn't ruined, head to the Faroe Islands. I don't think you'll be disappointed.

I'm not exaggerating when I say that the Faroe Islands are one of the most wild and beautiful places I've ever been. This tiny little island group zoomed up very high on my “favorite places” list, and I have no doubt I'll be recommending it to people from here on out.

So are you convinced? Who wants to go to the Faroe Islands now? 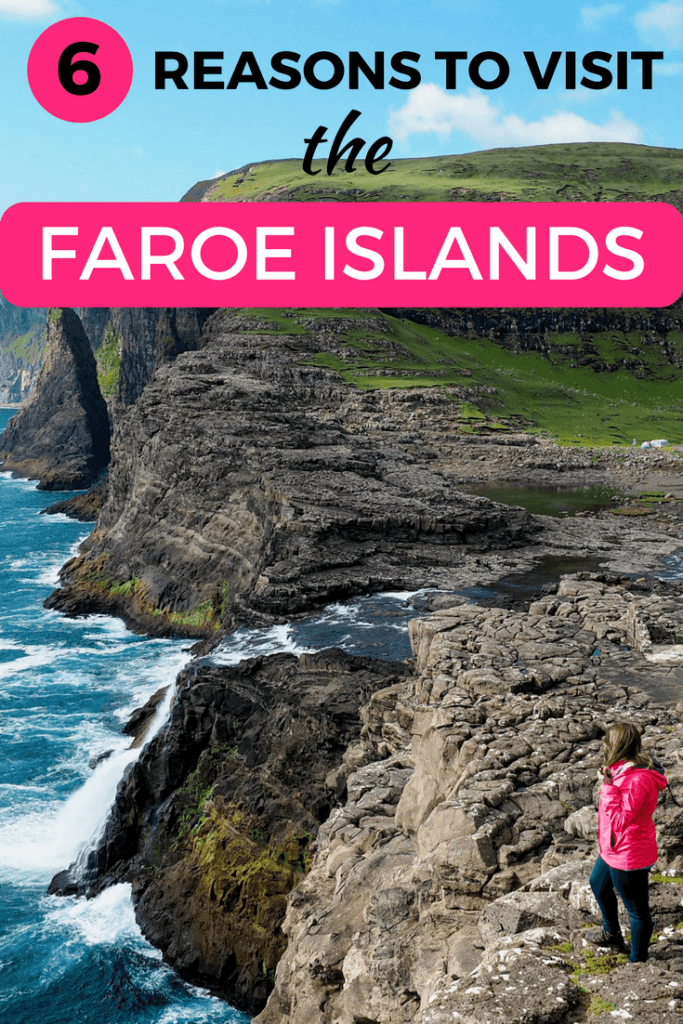