When it comes to an adventure bucket list, there are probably a few things that are already on it. Things like bungee jumping in New Zealand or skiing in the Alps or diving the Great Barrier Reef.

The world has no shortage of offerings for those adventurous, adrenaline-seeking travelers.

And neither does the United States.

If you're looking for some unique and adventurous things to get up to in the U.S., here are 13 items to add to your list: 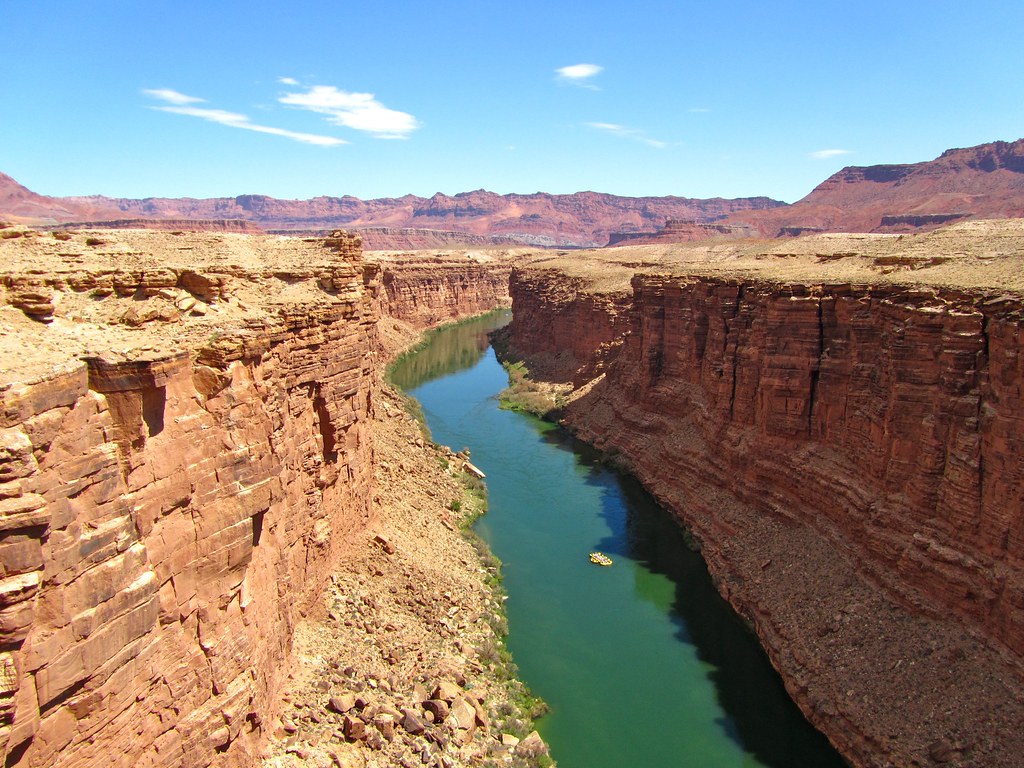 One of the most iconic spots in the U.S. is the Grand Canyon in Arizona, which was carved out over centuries by the Colorado River. Various companies offer rafting trips down the mighty Colorado, ranging from short trips to multi-week adventures. There are plenty of other great places to go white water rafting in the United States, but floating through the Grand Canyon on the river that carved it is a truly American experience.

Bobsled on an Olympic track

Do you have a need for speed? If so, then you definitely need to head to the Utah Olympic Park in Park City to zip down an Olympic bobsled track with a professional driver. The Olympic Park was built for the 2002 Winter Games, and today is both a training center and tourist attraction. Note, though, that the bobsled track is only open during the winter months (January-March).

Stay at a dude ranch in Montana

Cowboys are pretty iconic when it comes to Americana, so what U.S. adventure bucket list would be complete without a stay at a genuine dude ranch? You can find ranch stays all over the West, but the majority are found in the states of Colorado, Wyoming, and Montana. My vote would be a dude ranch adventure in Big Sky Country in Montana. Ranches in Montana are big and sprawling, and range from working cattle ranches to luxury retreats. 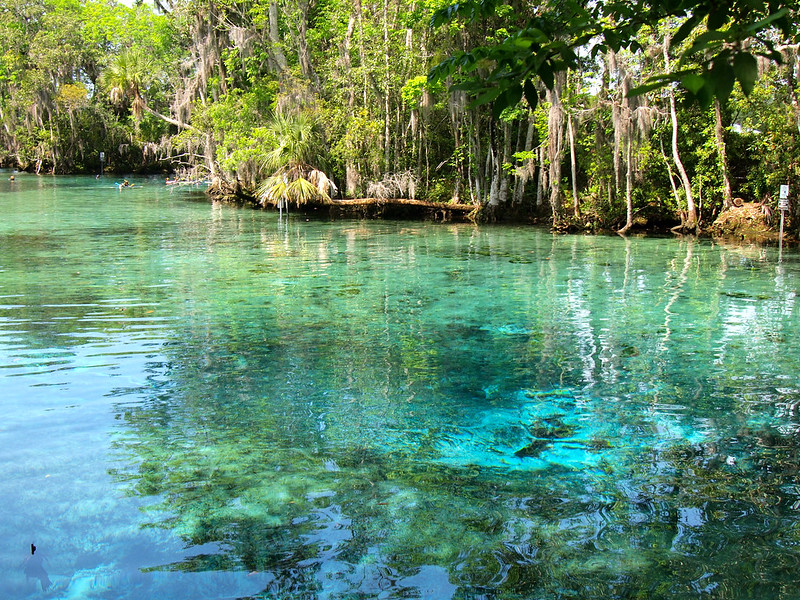 If you're looking for a unique activity that's more low-key (but still really cool), consider booking a trip down to Crystal River, Florida, which is one of the only places in the U.S. where you can get up close and personal with wild manatees. Each winter (usually from mid-November to early March), hundreds of manatees flock to the natural springs around Crystal River to seek warmer water in order to survive. Manatee swimming/tourism is pretty strictly regulated in the area, so booking a licensed tour is always the best way to go.

If hiking is your passion, then tackling one of the United States' great walks has to be on your list. The Appalachian National Scenic Trail stretches more than 2,200 miles from Georgia to Maine, passing through many of the U.S.'s first states. Some hikers tackle the entire trail in one go, while others choose to hike sections of it at a time. (For non-hikers like me, day hikes are also popular along the A.T.)

Ride along in a race car

Americans love sports. And one of the most popular sports in America is NASCAR racing. If you want a taste of what it's like to be a race car driver, head to the Daytona International Speedway (home of the Daytona 500) and sign up for a Richard Petty Driving Experience. You can either ride along for a few furious laps with a professional driver, or get behind the wheel yourself!

Hike on a glacier in Alaska 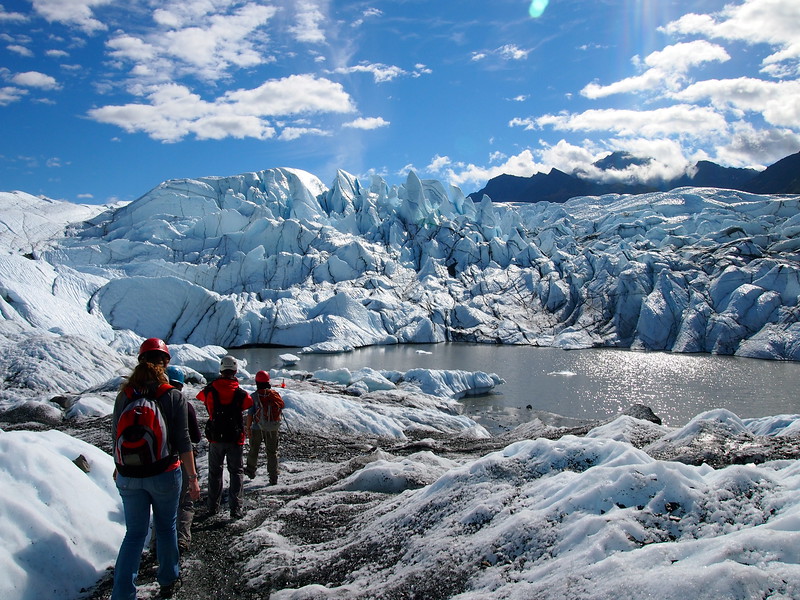 Alaska is known as the “Last Frontier” in the United States, and for good reason – Alaska is still sparsely populated, leaving it wild and untamed outside of the major cities. Thankfully, you don't have to venture out very far into the wilderness for an incredible adventure. You can go glacier hiking on the Matanuska Glacier less than two hours from Anchorage.

Fun fact about trade in the U.S.: even after the railroads were built, a lot of goods were still shipped by barge on canals built along some of the United States' major waterways. The Chesapeake and Ohio Canal, for example, operated on the Potomac River from 1831 until 1924, transporting cargo (mostly coal) between Washington, D.C. and Cumberland, Maryland. These days, a lot of the towpaths along the old canals (the paths that the mules/horses would have walked along to pull laden barges) have been converted into hiking/cycling trails. You can bike the entire 184.5-mile C&O Canal towpath, learning about the historic canal along the way.

(You can make this trip even more epic by adding the Great Allegheny Passage rail trail, which adds another 150 miles to the trip, ending in Pittsburgh, PA.)

Kayak in the San Juan Islands

The Pacific Northwest, with its misty forests and mountainous coastal views, is popular with travelers from all over the world. For the adventurous types, you won't want to miss kayaking around the San Juan Islands, which lie off the coast of Washington State. Traversing the area by kayak just may get you up close and personal with the islands' resident pods of orcas from May to September.

White Sands National Monument is a 275-square-mile field of gypsum sand dunes in southern New Mexico. The dunes are managed by the National Park Service, and are often skipped by travelers in the American Southwest. This is partially because White Sands is hours from any major city, and partially because most people have never heard of it. But now that you have heard of it, don't skip it! White Sands is incredibly beautiful, and a $5 entry fee gives you free reign among the dunes. Bring a toboggan (or buy a plastic sled at the visitor's center), and spend an afternoon zipping down the snowy piles of sand.

Ride a rollercoaster at Cedar Point

Ohio has a few must-see attractions, but for thrill seekers, the place to be is Cedar Point. This amusement park in Sandusky is known as “America's Roller Coast” and is consistently ranked as one of the best amusement parks in the world. The park is home to more than a dozen roller coasters, many of which were record-breakers when they debuted. For pure adrenaline, I personally recommend Millennium Force (still my favorite coaster in the world), Top Thrill Dragster, and Maverick.

The United States has some great options when it comes to hitting the slopes. Some of the deepest powder and most exciting runs can be found in Rocky Mountain states like Utah and Colorado, and in New England states like Vermont. However, you don't *have* to head to a big-name alpine resort in order to ski in the U.S. In fact, there are a lot of states that offer ski resorts fit for the entire family that aren't too daunting (either physically, OR on your wallet).

I, personally, learned to ski on the slopes in Pennsylvania. I went down my first Black Diamond run (and had my first major wipeout) at Seven Springs in southwestern Pennsylvania when I was in middle school.

If you're within driving distance of PA this winter, be sure to check out Ski PA's First-Time Ski/Snowboard Program, which gets new skiers/snowboarders equipment rental, a lift ticket, and a group lesson for just $49. Who says skiing has to break the bank?!? (Ski PA also has a cool 4th/5th Grade Snowpass program, which lets 4th- and 5th-grade students ski for free with a parent at participating ski resorts.) 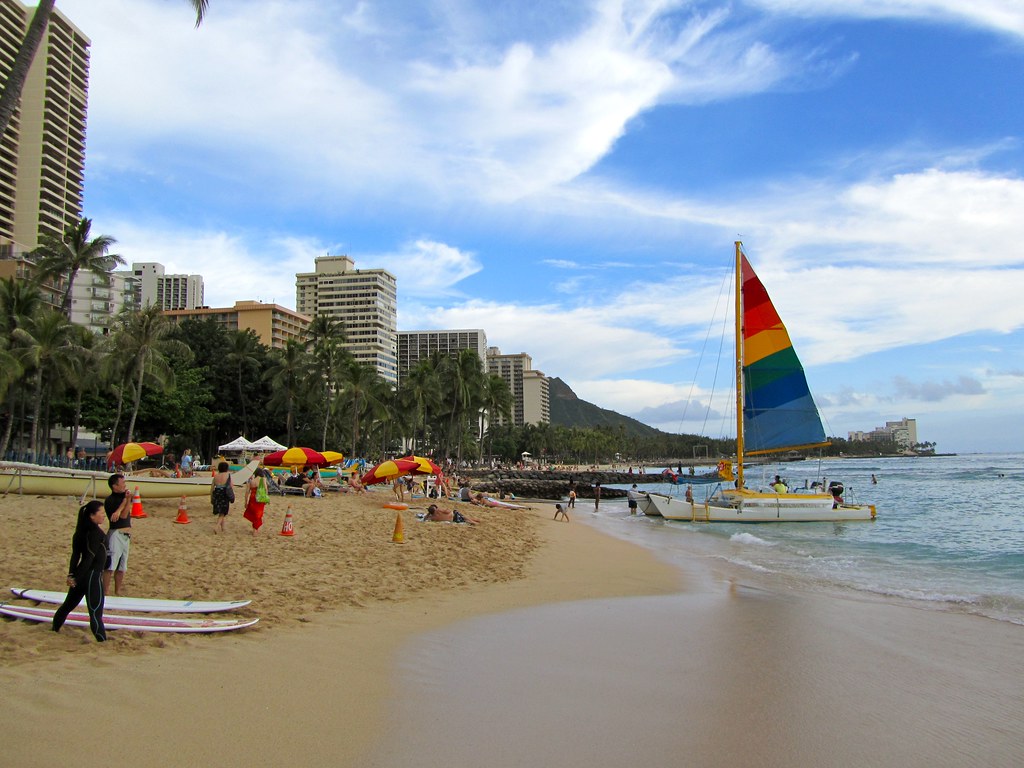 Lastly, we can't forget Hawaii when it comes to adventure. Whether it's parasailing at sunset, hiking to waterfalls, or taking helicopter tours over tropical mountains, there are plenty of exciting pursuits here. I think the number one thing to try has to be surfing, though – Hawaii, is, after all, the home to surfing as we know it. You can watch pro surfers tackle the big waves on the North Shore of Oahu, and then take an intro lesson yourself at the famous Waikiki Beach.

What other adventures are on YOUR U.S. bucket list?

*Note: This post was written by me, but brought to you by Ski PA.