What do you picture when you think of Montana?

For most people, I think, Montana is associated with its incredible national parks. Both Yellowstone and Glacier are well-known and well-loved – and rightfully so. Yellowstone was the first dedicated national park in the world, and Glacier National Park is often referred to as the “Crown Jewel of the Continent.”

But what do you know about Montana beyond its national parks?

For example, did you know that…

And this is just scratching the surface! Montana is much more than just its national parks.

When my sister, Melissa, and I were planning our road trip out West to see the 2017 solar eclipse, we knew we wanted to spend some time driving through Montana. We did hit up Yellowstone for a couple of days, but also wanted to focus on some cities and sights in Montana that the average traveler might not know much about.

After a handful of days spent driving across the state on Interstates 90 and 94 (a common road trip route across the northern U.S.), here are my suggestions for things to do and see in Montana that don't involve its national parks.

Butte, Montana, arose as a mining town in the late 1800s. And, while gold and silver were mined at first, the main mining operations in Butte eventually turned to copper with the advent of electricity. The city – often referred to as one mile high, one mile wide, and one mile deep – was once nicknamed “the Richest Hill on Earth” because of the amount of copper being mined there.

While most of Butte's mines have since shut down, you can still get an up-close taste of mining life in the city.

I would start at the World Museum of Mining, which sits atop the site of the former Orphan Girl mine. Along with a recreation of a frontier-era mining town called “Hell Roarin' Gulch” that you can explore, you can also take a tour down into the old mine with a former miner.

The Orphan Girl mine isn't an active mine any longer (pumps that used to keep all of Butte's mines clear of water were turned off decades ago, so the mine is flooded below about 100 feet), but Montana Tech students use it as a place to learn hands-on about mining technology and engineering.

I wasn't sure what to expect from a tour down into an old copper mine, but it was pretty cool!

Where to stay in Butte: If you want to take your mining exploration to the next level, why not stay in a former miner's hotel? The Miner's Boutique Hotel is located in Butte's historic Uptown area and is listed on the National Registry of Historic Places. It was built in 1913 as a bank with rooms to let on its upper floors. Today, it's the only boutique hotel in Butte. (Read reviews on TripAdvisor | Book a room here!)

Where to eat in Butte: Butte has a couple very cool spots to grab a bite, including Metals Sports Bar & Grill, which is located in an old bank building. The bar has kept all the historic bank features – including the vault, which now has tables inside!

Hit the trails in Billings, Montana

Billings is the largest city in the state of Montana, and has been nicknamed “Montana's Trailhead” thanks to its proximity to nature and miles of scenic trails.

Unfortunately, Montana was beset by awful wildfires when Melissa and I were visiting, meaning we didn't get to enjoy any hiking or biking or any other outdoor activities.

What we did instead was relax at our hotel (the beautiful Northern Hotel right downtown) and tour the historic Moss Mansion, which was built in 1903 and was home to local businessman Preston Boyd Moss and his family.

For those who love craft beer and spirits, Billings is also home to the only self–guided, walkable brewery trail in Montana. The city's unofficial “brewery district” is located downtown and includes six breweries, two distilleries, and a cider house, all within easy walking distance. Learn more here.

Where to stay in Billings: We stayed at the beautiful Northern Hotel, an upscale and modern hotel in downtown Billings. But fun fact: The hotel was originally opened in 1904 by Henry W Rowley and P.B. Moss (the Moss Mansion guy!). (Read reviews on TripAdvisor | Book a room here!)

Where to eat in Billings: One must-eat place in Billings is The Burger Dive, which won best burger at the World Food Championship in 2016! (Try the “I’m Your Huckleberry” burger to taste the winner.)

Who remembers learning about Lewis and Clark and Sacagawea and their expedition the explore and map the West in school? I'll admit that I forgot most of the details, but the names were certainly familiar to me.

So when Melissa and I discovered that there was a national monument in southern Montana where William Clark had carved his name into a rock during that famous expedition, we decided we had to go see it!

The visitor center at Pompeys Pillar National Monument does a good job of walking you through Lewis and Clark's history and journey, and then you have the chance to climb some wooden steps to see the historic graffiti up close.

This carving – made in 1806 – is the only remaining physical evidence of the entire Lewis and Clark Expedition. Pretty darn cool!

Not far at all from Pompeys Pillar sits another historically significant site in Montana: Little Bighorn Battlefield National Monument. The monument memorializes the Battle of the Little Bighorn – also known as “Custer's Last Stand” – which took place on June 25, 1876.

Lieutenant Colonel Custer and the U.S. Army's 7th Cavalry faced off against Lakota, Northern Cheyenne, and Arapaho tribes and were decidedly defeated.

If you visit, you can explore museum exhibits, go to the battlefield itself, and visit both the Indian Memorial and National Cemetery.

And this of course is not an exhaustive of things you can do in Montana – it's just all we had time for over the course of a few days!

For more ideas, check out Visit Montana's “Things to Do” page for everything from hot springs to family fun.

And if you're looking to get even more inspired by Montana's scenery, check out this episode from Montana TV where photographer Neil Chaput de Saintonge from Rocky Mountain Photography School turns Montana's backcountry into a jaw-dropping classroom: Top of the Class.

Who's ready to visit Montana?

Thanks to Visit Montana for hosting us during our trip. As always, though, all opinions and recommendations are 100% my own! 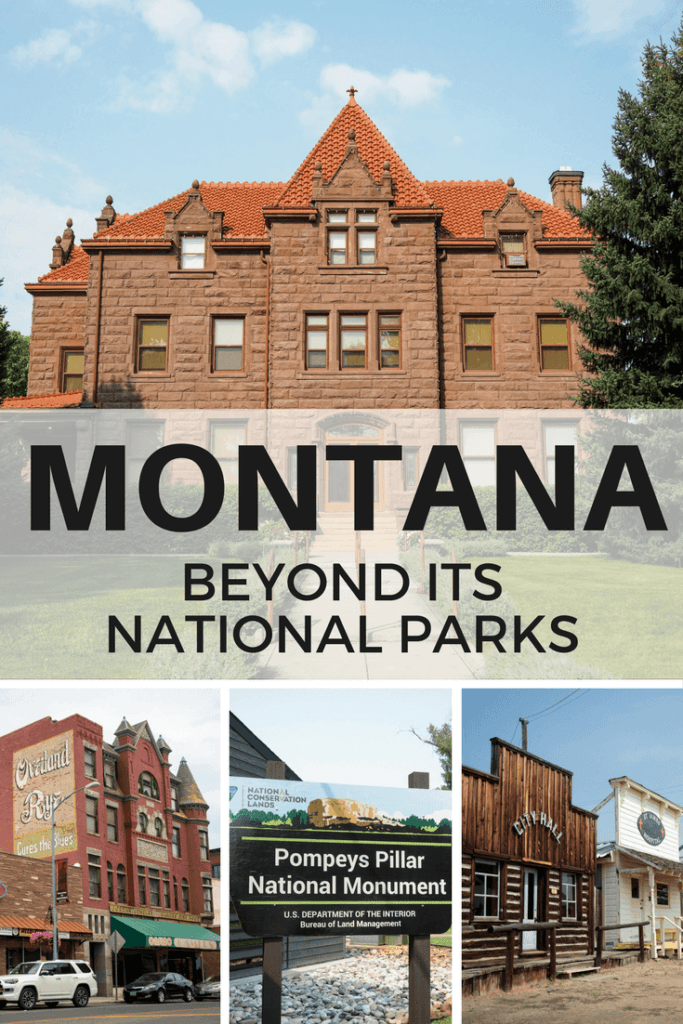 18 Comments on “Montana: More Than Just its National Parks”