She is 34 years old and a native of Lima, Peru. She is one of six children, and was named after one of her mother's favorite soap opera characters. She has been married and divorced once, and has a 7-year-old daughter. She only sees this daughter for 2 months out of every year — and no, she's not a criminal or refugee or anything like that.

For the past 10 years, Giannina has been employed on cruise ships.

Currently, she is working as a head waiter on the Carnival Glory, which is where I met her while sailing through New England and the Canadian Maritimes with my family.

I've been on cruises before, and have struck up conversations with everyone from waiters to room attendants. But Giannina is probably the first cruise employee that I feel like I really got to know, and so I want to share her story. Because her story is the story of the majority of cruise ship employees, and deserves to be told.

I meet Giannina around 8:15 p.m. on June 4, 2012 — my family's first night dining in the Platinum Lounge on the Carnival Glory. We're all gussied up in our fanciest cruise wear, and Giannina greets us with a big, beautiful smile.

“Call me Nina,” she says as she neatly places cloth napkins across our laps and hands us menus with a flourish. 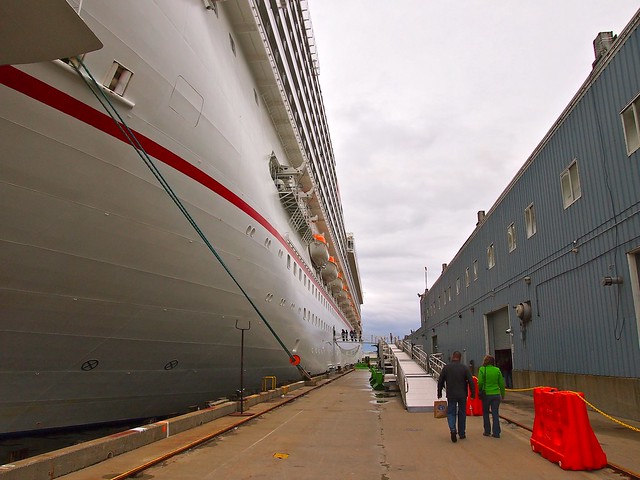 Cruise ship contracts usually last between 6 and 8 months. In between contracts, Nina gets two months off to go home and see her family. Because she holds a Peruvian passport, she must have a flight booked for the exact day her contract expires, and must leave whatever U.S. port she ends up in immediately. No dawdling. No deserting.

Not that she would desert, of course. Even though she's been doing this for 10 years, Nina wants to eventually go back to Peru. Maybe use her skills and saved-up money to open up a restaurant.

But not everyone does, she admits. There are more than 50 countries represented by the employees just onboard the Glory alone.

“There are people here from countries I didn't even know existed,” Nina jokes.

Many of these countries are poor, third-world countries. And, sometimes, “home” isn't somewhere people want to return to. One night, Nina tells us about a Haitian man who works aboard the ship. She says Carnival avoids hiring people from countries experiencing especially bad political or social turmoil because of the chance of them deserting. This particular man was brought aboard at the beginning of his contract in handcuffs until he handed over his passport to the powers that be on board. When he leaves the ship, he must have an escort at all times — just in case.

My dad is incredulous. “No way,” he says.

Yes, Nina insists. “For some people, they see this job as a way out.”

It certainly gets me thinking. Especially when Nina shares her salary with us.

Along with receiving free room and board on the ship, Nina and most of her crewmates are paid $75 per month. Seventy-five dollars. That's it. They rely on gratuities and tips for the rest of their wage.

Carnival automatically charges guests a gratuity — an amount that gives a head waiter like Nina perhaps $2 per day per guest that she serves. Pennies in my mind. And some cruise lines don't even charge this mandatory gratuity — in many cases, employees like Nina are at the mercy of the passengers that they serve.

I am rather appalled by this. Having worked in a restaurant before, I know how stingy people can be when it comes to tipping.

But Nina assures us that she makes a good living working aboard ships like the Glory. She takes care of her mother and daughter back home, and is helping to put her brother through school. She also makes enough extra to set aside to work towards that restaurant dream of hers and cover other expenses.

Carnival — like many cruise lines — registers most of its ships in Panama in order to get around U.S. taxes and labor laws. On the one hand, this is beneficial for someone like Nina, since none of her earnings are taxed. But on the other hand, this means she must pay for her own healthcare and other expenses, such as flying home at the end of her contract. 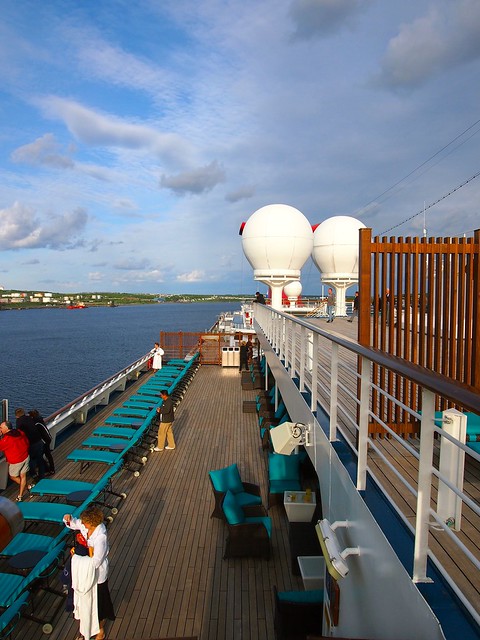 We ask Nina how she began working on cruise ships to begin with. She tells us that the major cruise lines recruit from all over the world, and that she simply went to one of their “casting calls.” She tells us it was a bold move for her to leave home for this job.

“I'm kind of like the black sheep of the family,” she says. “Where I'm from, girls aren't supposed to leave home until they're married. But I went to work on a ship, and eventually came home with a 4-months-pregnant belly.”

Nina talks about her daughter often, mentioning how she'd love to take her to Disney World someday. But, even though Nina could easily afford to pay for her family to join her on a cruise, U.S. beuracracy has kept her from doing so. Her mother and daughter have been unable to get visas to come to America.

“They probably think I'm going to desert and that we'll try to stay,” she says matter-of-factly. I'm not sure how to respond, because I know she's right.

Nina has been trying for at least a year to get visas for her mother and daughter. It's a time-consuming, expensive process, and they've already been turned down twice.

“We can try again in a few months, though,” she says, not at all daunted. “When it's meant to happen, it will happen.”

Over the course of a week, my family falls in love with Nina. It's not hard to do, of course. With that big smile and a quick wit about her, you can't help but like her.

I begin trying to put myself in her shoes — in the shoes of someone not quite as lucky and privileged as I am to have grown up in America, with a passport in my pocket that will gain me entry just about anywhere. I feel guilty, almost. I know I have taken this fact for granted in the past.

Nina knows the power of my passport, too. When I tell her I'm working on a master's degree in hospitality and tourism management, she tells me I should come work on a cruise ship.

“You'd get a good job because you're American,” she says. “You'd probably be my boss.”

I don't doubt her, but I also don't feel good about that fact. That, just because of that little blue passport and the address inside it, I'd somehow be more qualified than her, despite her being older and more experienced.

But Nina assures us this is a good job for her, and for many of the crew aboard who come from countries where the U.S. dollar is still very strong. She tells us she makes better money serving cruise ship passengers than she would doing anything back at home. 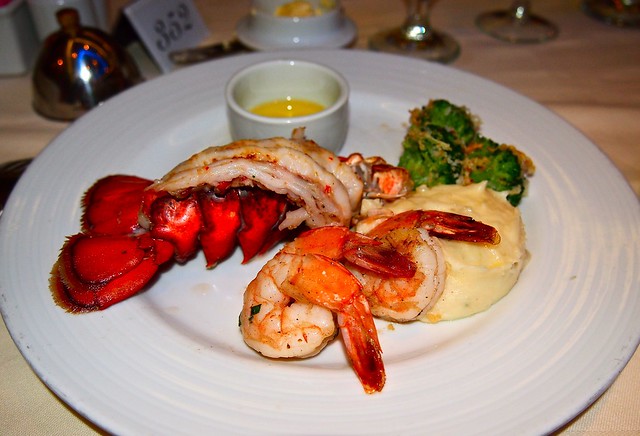 We ask Nina what she'd be doing now in Peru if she had never made the decision to leave 10 years ago. She doesn't even skip a beat to think about it.

“If I wasn't doing this, I'd probably be married to a chauvinist husband and have six kids,” she said. “I wouldn't have finished school, and I'd probably just be a mommy.”

If given the chance, she says she'd make the same choice again.

Meeting Nina and chatting with her every night in that fancy dining room, knowing she probably makes less in a month than I do during some weeks, made me think about a lot of things.

It made me wonder if I was helping perpetuate an unfair, exploitative system employed by the cruise lines to save a few bucks, or if I was instead helping some of these people feed their families and pursue their dreams. It's a fine line, and I'm still not entirely sure which side I ended up on.

Most of all, though, spending time with Nina made me realize how incredibly lucky I am. Lucky to have been born in the U.S. Lucky to have gotten a good education. Lucky to be able to travel wherever I want, whenever I want.

And lucky to be able to meet people like Nina on my travels.

My dad tells her she should write a book about her life and working on cruise ships.

She laughs and says it would have too many chapters.

What's your take? How do you view huge transnational tourism companies who employ people like Nina for pennies? Are these companies helping or hurting the people they hire?