Love Locks Around the World

No one is entirely sure where the tradition of lovers attaching padlocks to bridges began — but since the early 2000s, tens (maybe even hundreds) of thousands of “love locks” have been locked to bridges all around the world.

The tradition goes that you and your honey buy a padlock, engrave your names or initials on it, lock it to a bridge, and then throw the key in the river below, thus solidifying your love forever.

It's romantic, to be sure.

And, even though many governments view the locks as vandalism, there's no denying that they add some visual interest to any bridge you spot them on.

Here's a look at some of the love lock bridges I've seen on my travels:

Perhaps the most iconic of the love lock bridges I've seen on my travels, the Pont des Arts in Paris is also one of the most controversial. The bridge crossing the Seine between the French Institute and the Louvre is actually reported to be in danger of collapse under the extra weight of all the love locks. The locks have been removed a couple times, but they always show up again. 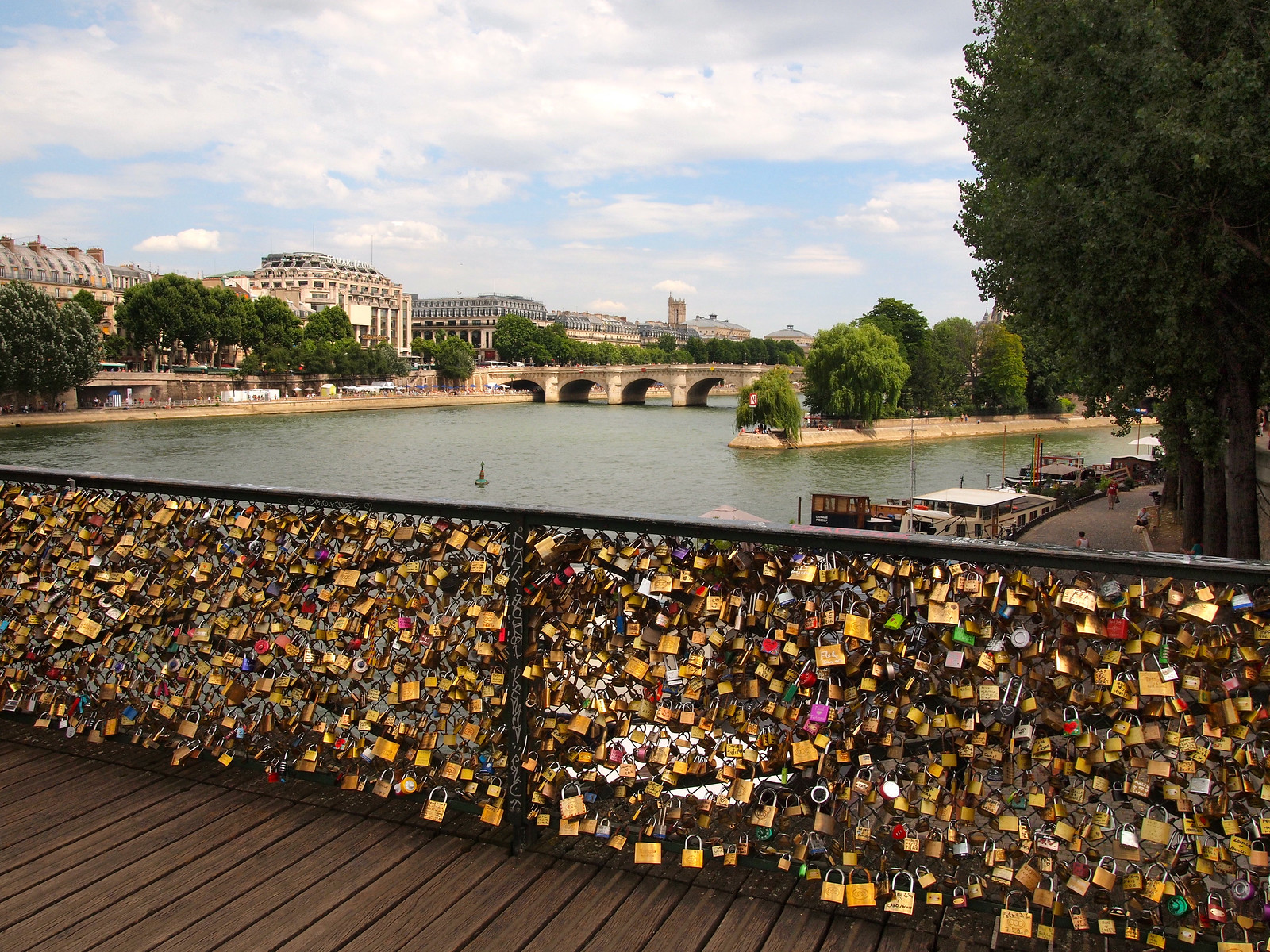 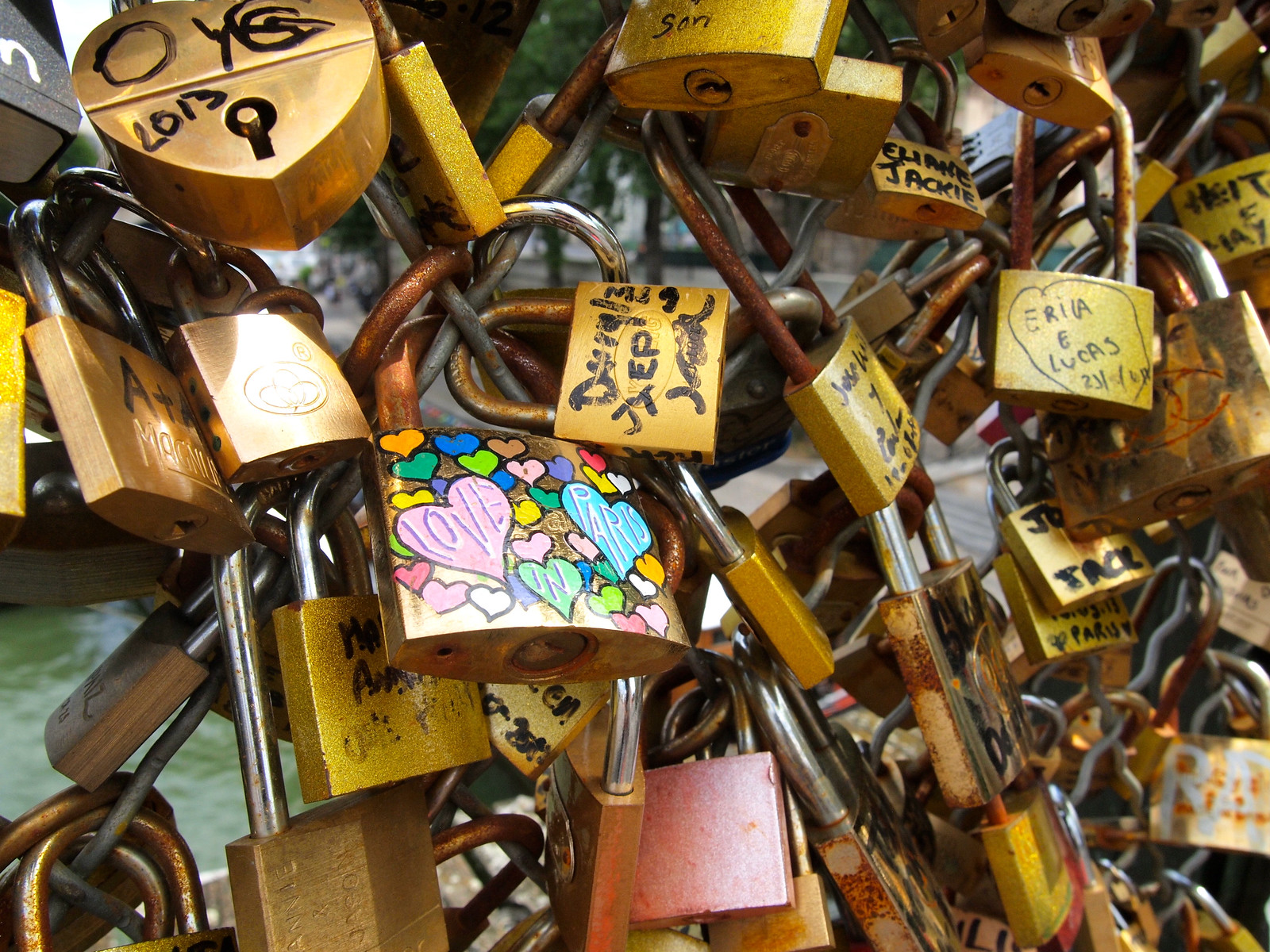 Today, you won't find many love locks on Florence's most famous bridge. Love locks used to cover the sides of the Ponte Vecchio, but the majority were removed by the city council a few years ago. You can still find a few rebellious stragglers if you look, though. 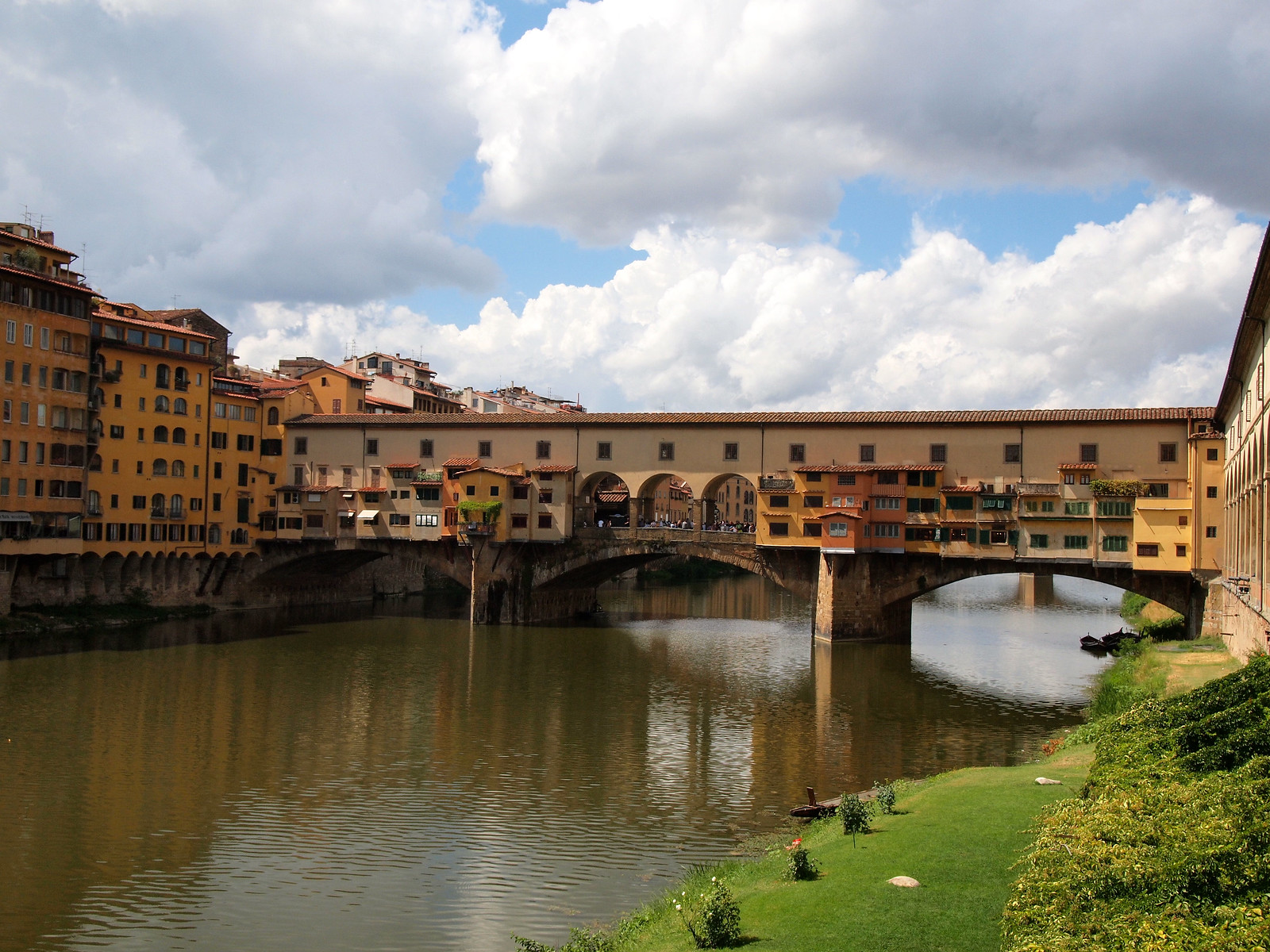 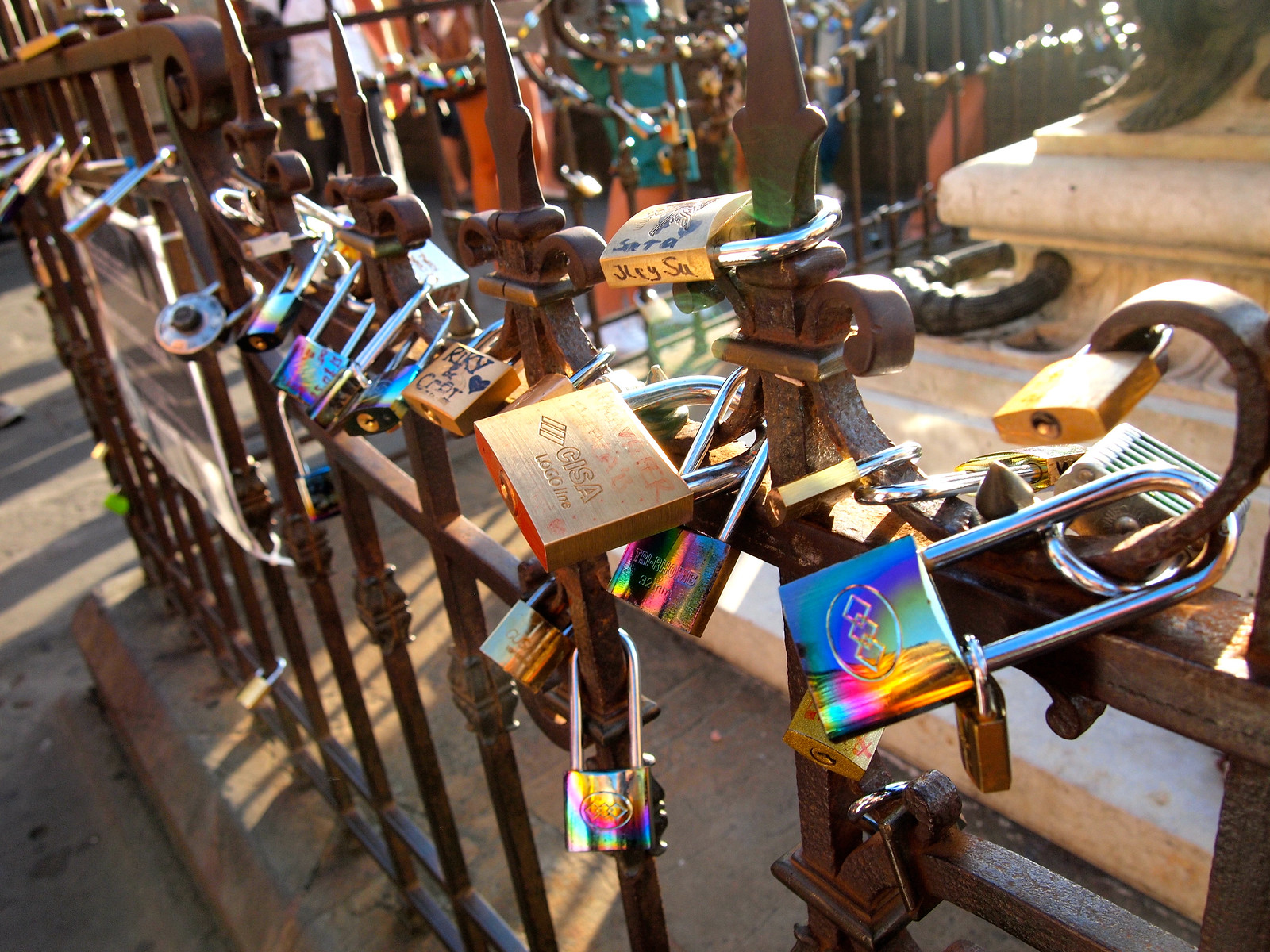 I don't really know the story behind this footbridge in Salzburg, but it was quickly being covered in love locks two summers ago. 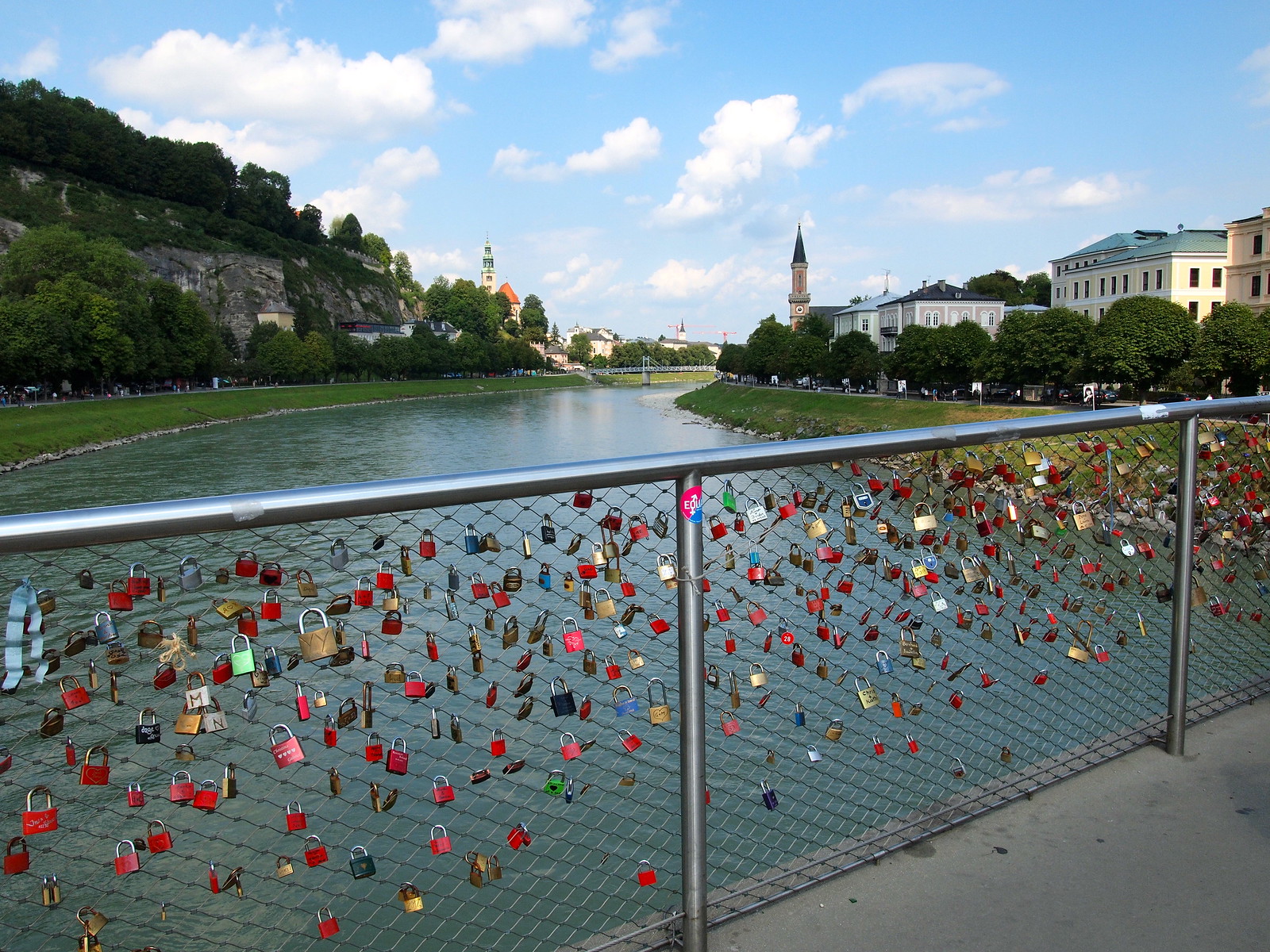 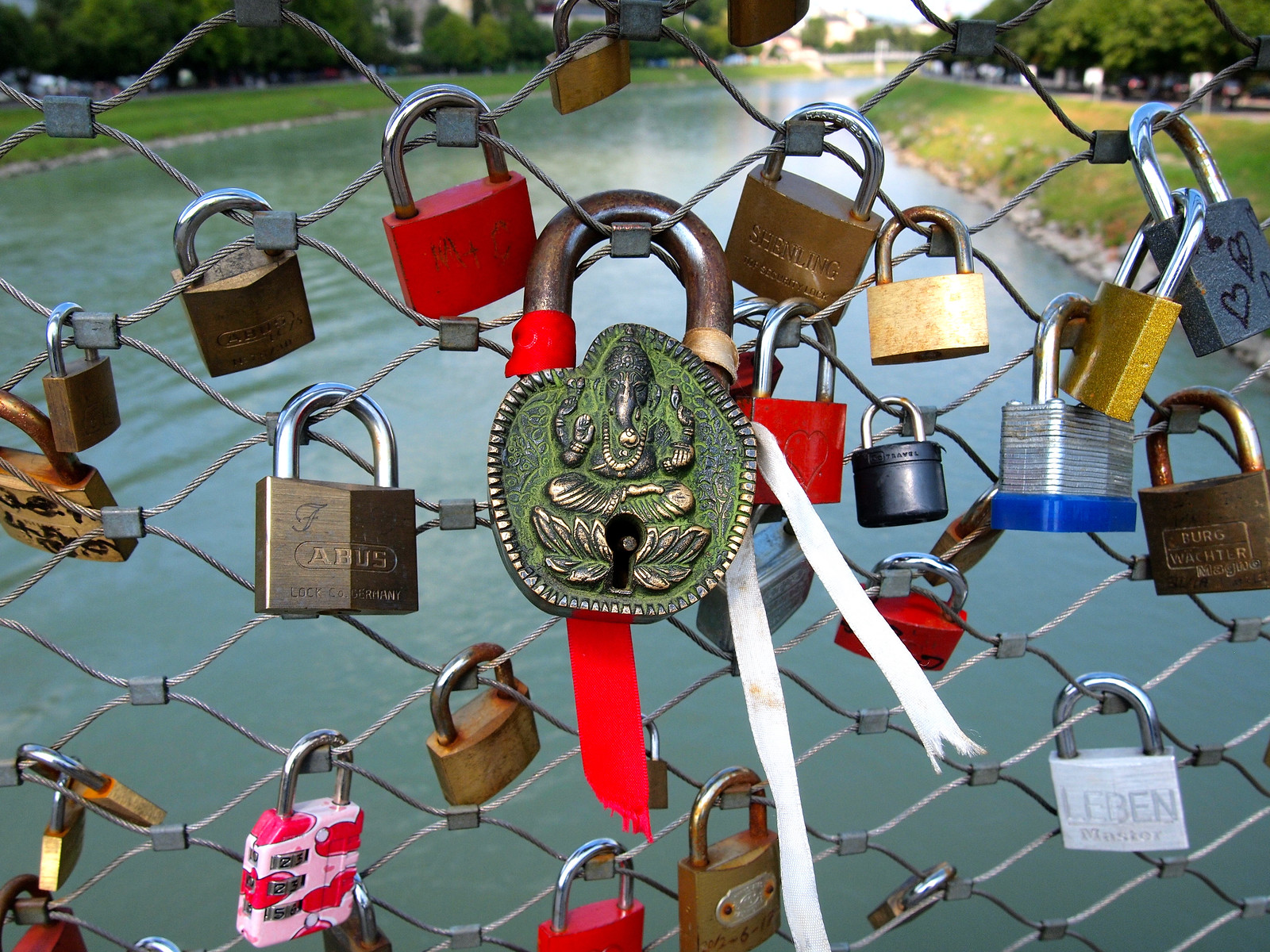 Despite its slightly morbid-sounding name, you'll find a small number of love locks on the Butchers' footbridge in Ljubljana. I love that every bridge in this city has its own character. 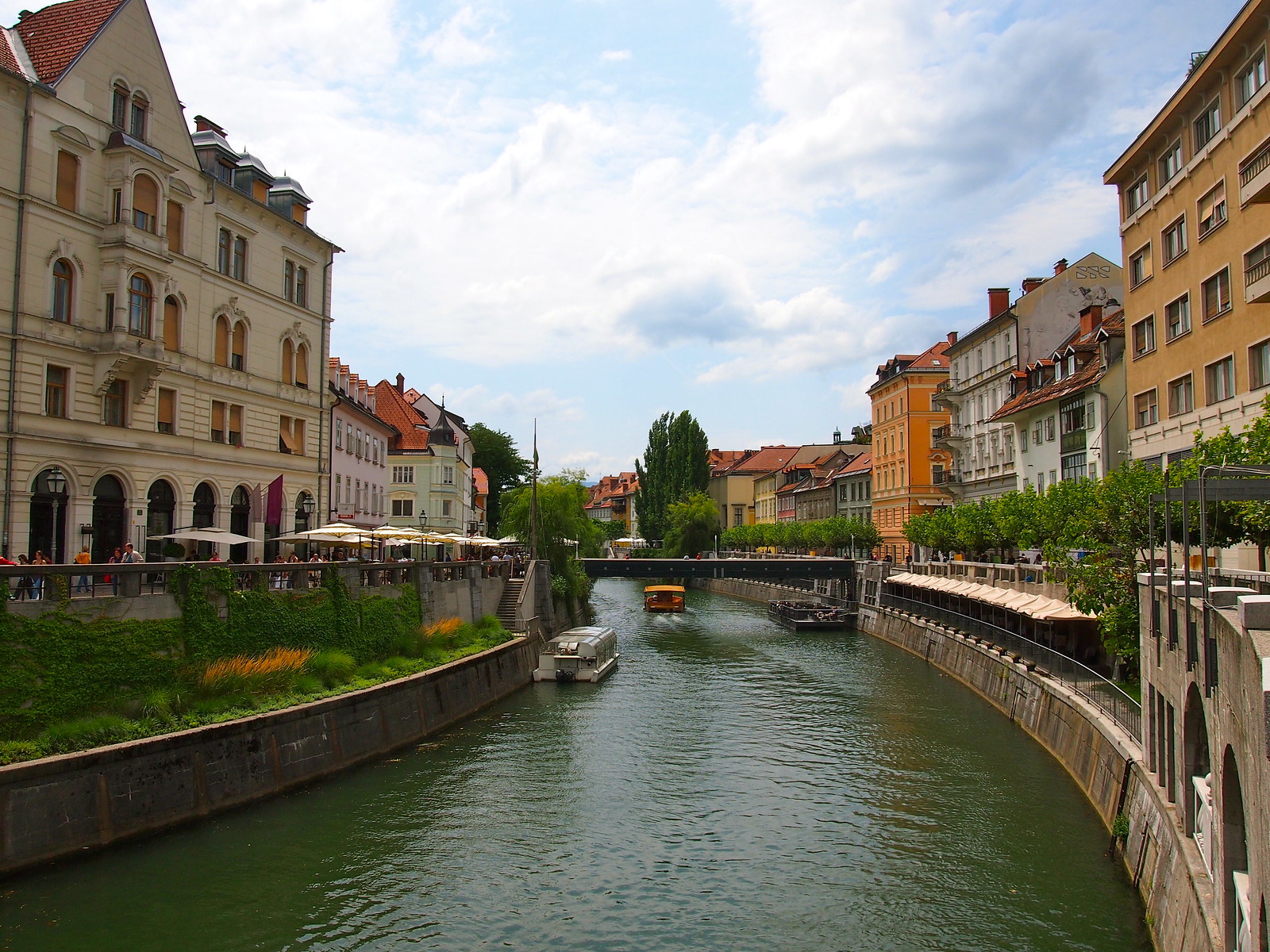 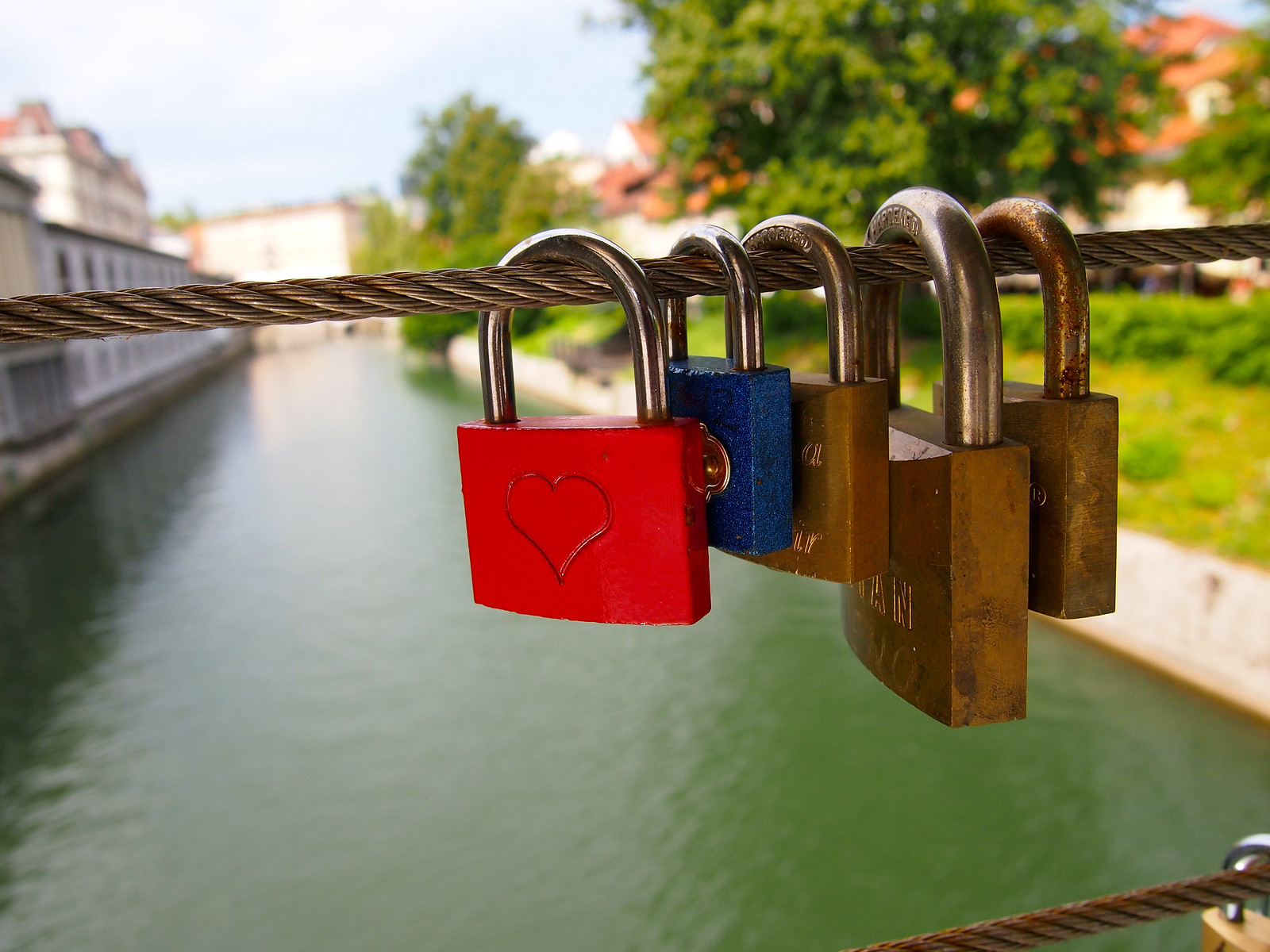 The Millennium Bridge — crossing the Thames between the South Bank and St. Paul's Cathedral — is probably my favorite bridge in London. And, in the last couple of years, love locks have started to sporadically appear on the bridge's cables. 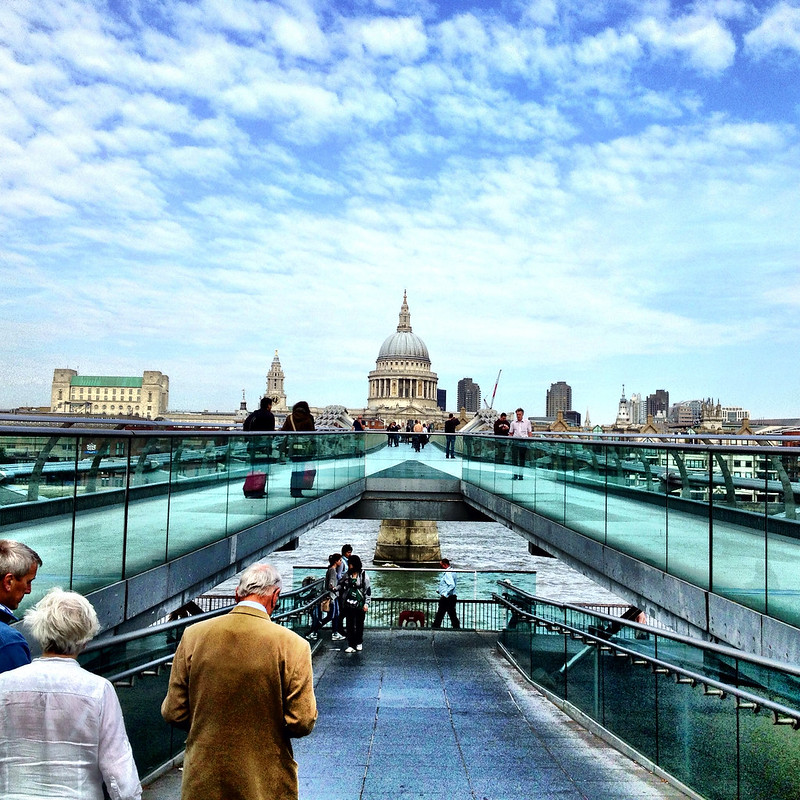 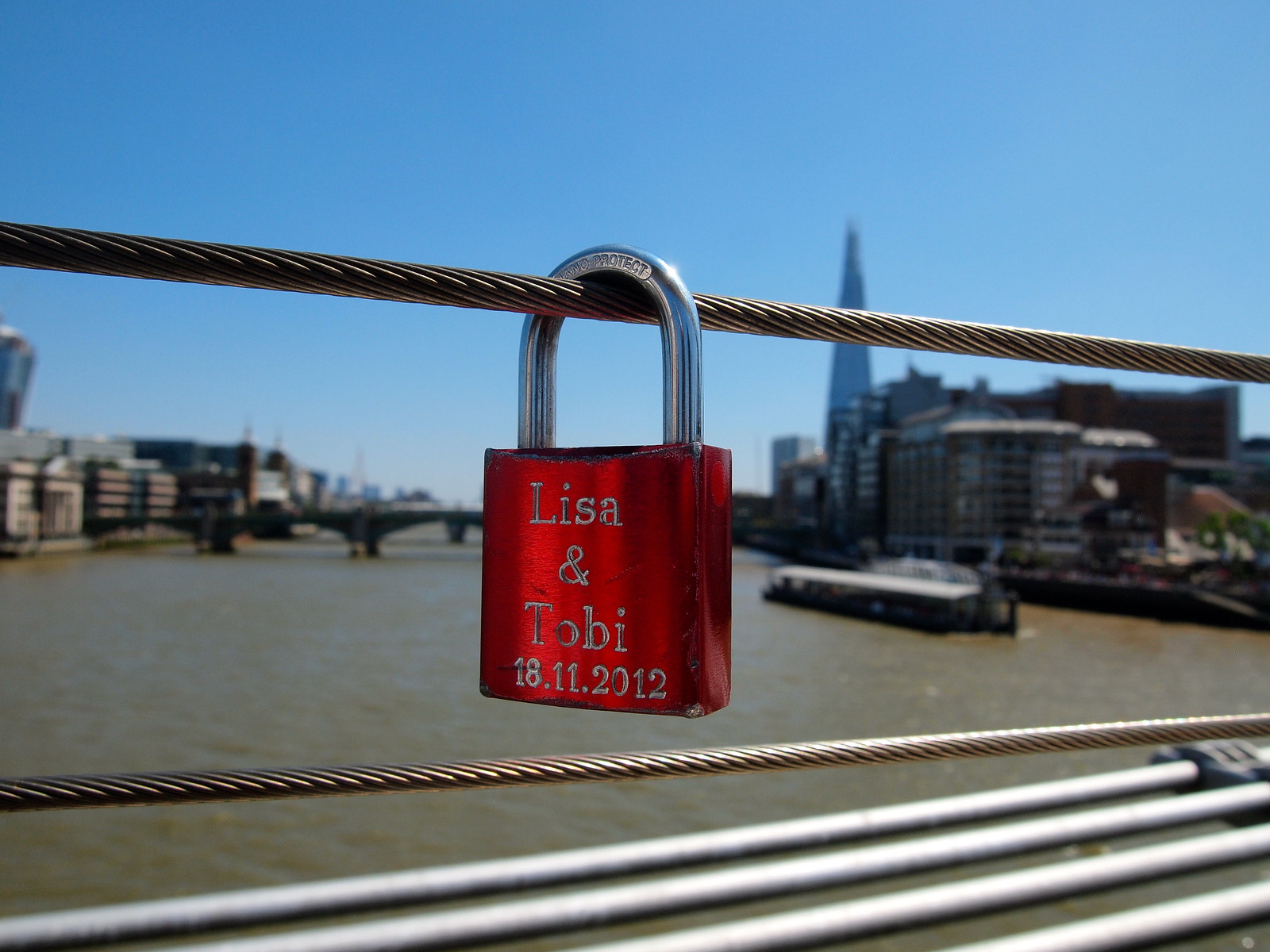 This is proof that people WILL get creative when they want to put a love lock on a bridge that doesn't have chain links or cables. The Accademia bridge is one of only four bridges crossing the Grand Canal in Venice, and you'll find clumps of locks like this along the length of it. 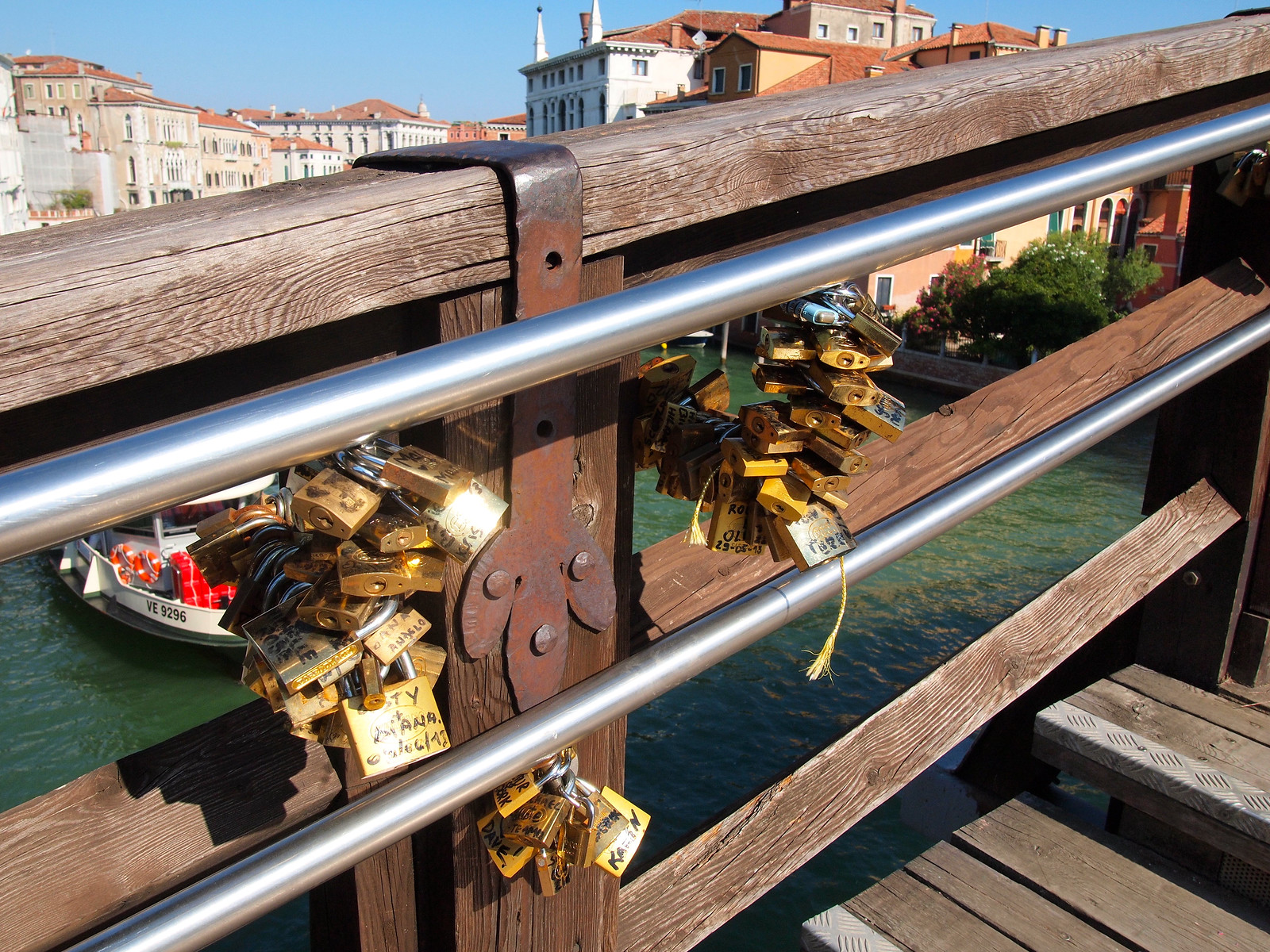 This pretty bridge spanning the River Liffey was covered in love locks until they were all removed in 2012. People keep adding them in clumps to the bridge, though, so keep your eyes peeled. 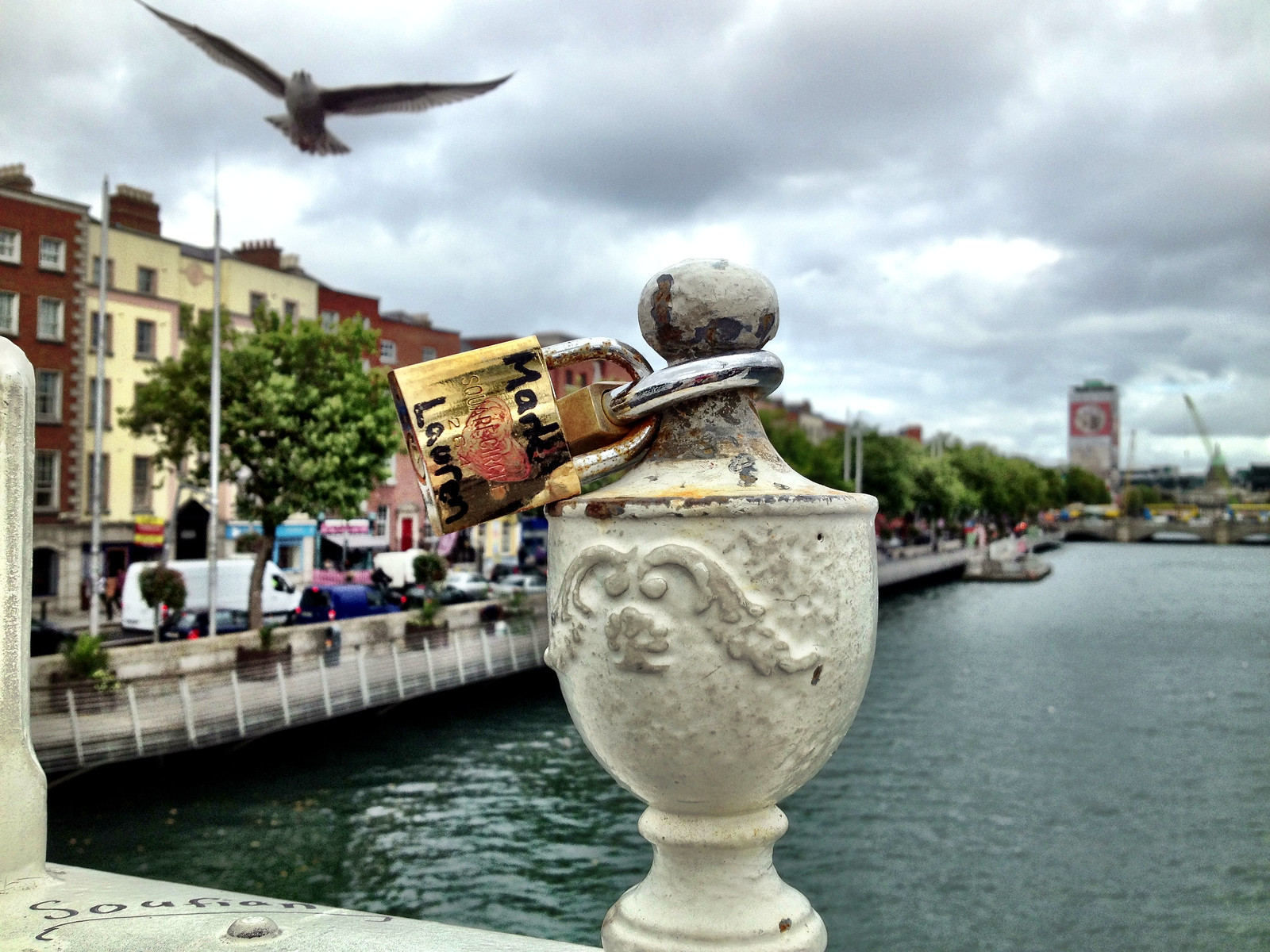 Crossing the Vistula River in Krakow's Jewish Quarter, this pedestrian footbridge is the place to go to see (or place) love locks. I stumbled upon it completely by accident, but thought it was a pretty spot. 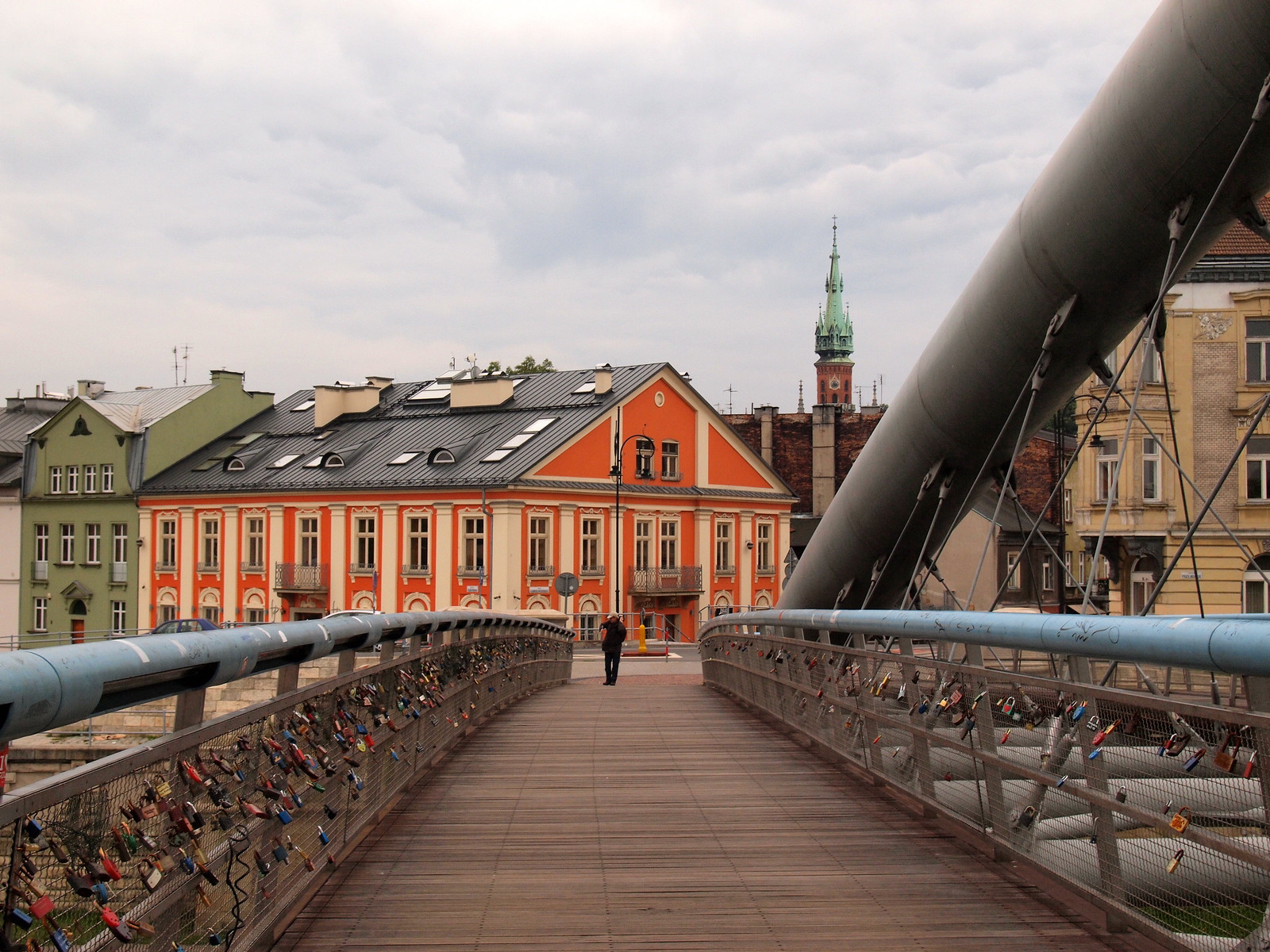 So what's your opinion on love locks? Love 'em, or think they're a nuisance?

42 Comments on “Love Locks Around the World”