If you had asked me a year ago what I thought my first trip to London would consist of, I probably would have answered with “the usual touristy stuff.”

You know, Big Ben, the River Thames, the British Museum, Buckingham Palace, London Bridge… All the “must see” things that London has to offer.

I probably would never have answered with “seeing the Olympics.” 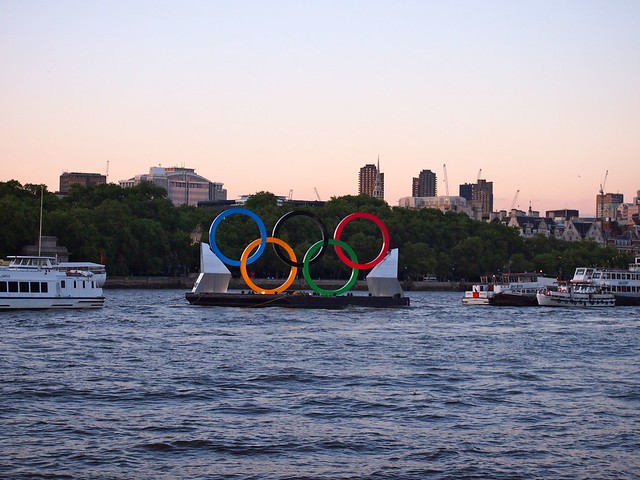 But, as it turned out, my first trip to London was completely different than what I was expecting it to be. Instead of cruising the Thames at night, I spent time watching the Opening Ceremonies from a London flat where we could see and hear the fireworks. Instead of visiting museums, I ended up hanging out with other travel bloggers at Olympic team houses. 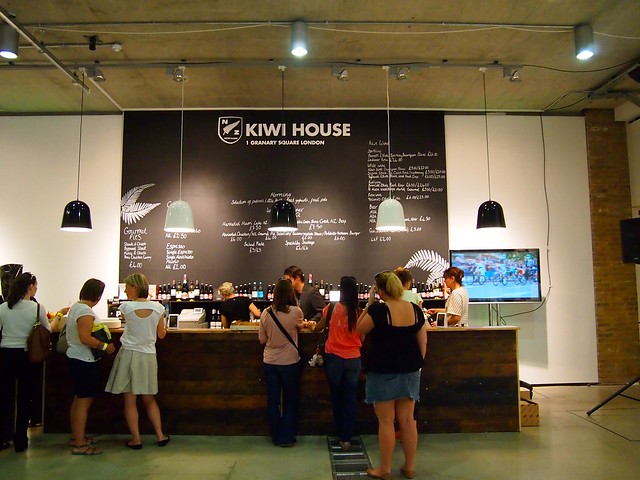 And, instead of simply watching the Olympics on television, I got to see them live in person. 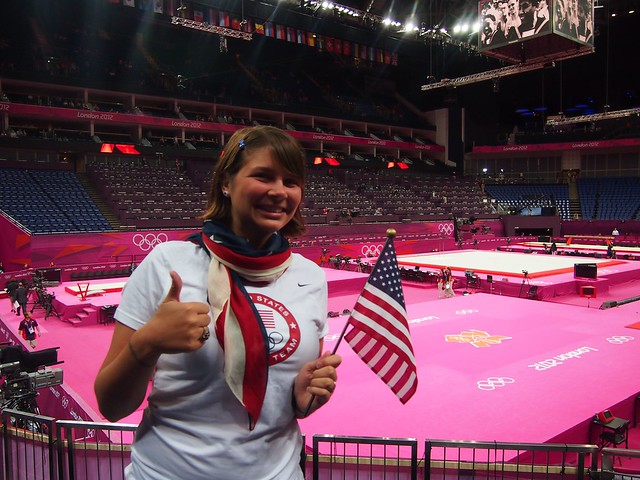 I got to experience London in perhaps one of the most unique ways imaginable. I was there when the city was absolutely electric with an energy and spirit that can only go hand-in-hand with an international event like the Olympic Games.

I was in London when the city came alive. 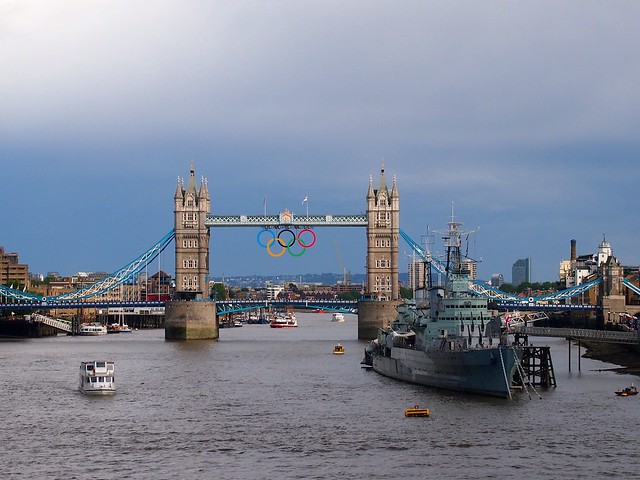 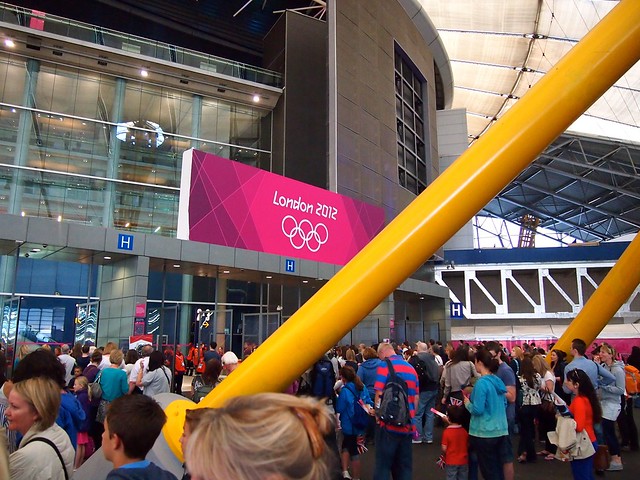 I've heard conflicting opinions of London before — people have said it's big and loud, boring and unfriendly. “Grey” is often how I've pictured this world capital.

But London was anything but in the 6 days that I spent there. 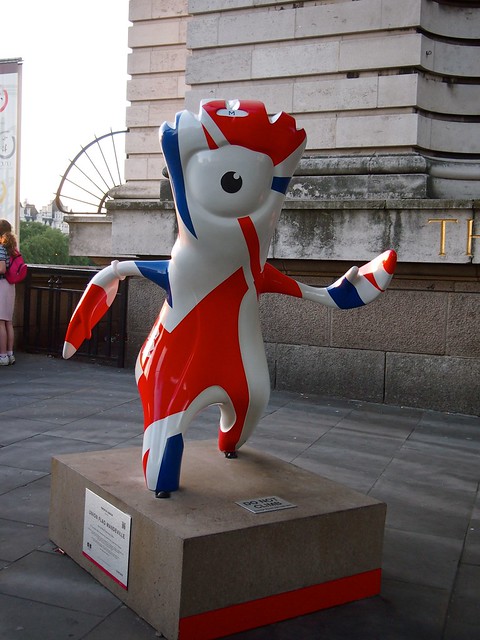 The streets were packed with people from all over the world, dressed in colors to support their countries and athletes. Colorful pink signs and purple-clad volunteers adorned street corners and Tube stations to help event-goers find their way. And, everywhere, people were smiling. 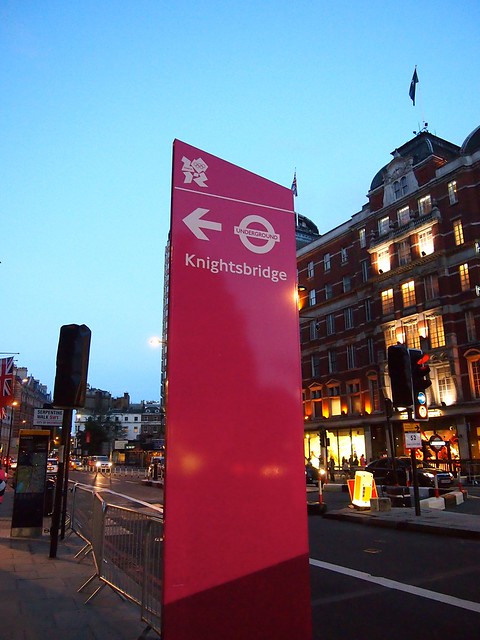 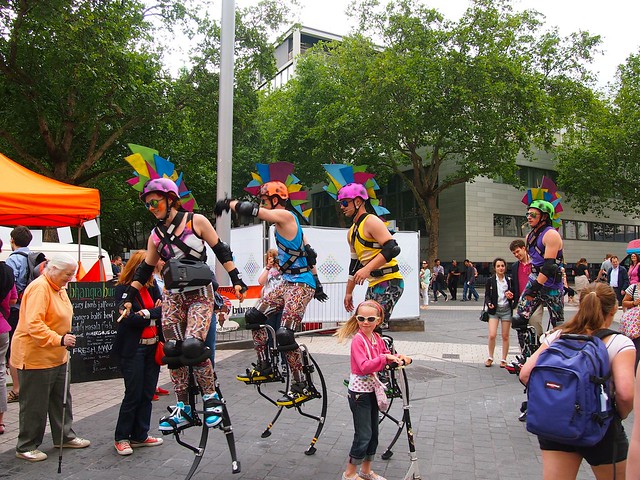 I don't think I could have chosen a better time to visit London, even if I never got in all the “typical” sightseeing.

To me, I saw London at its best. 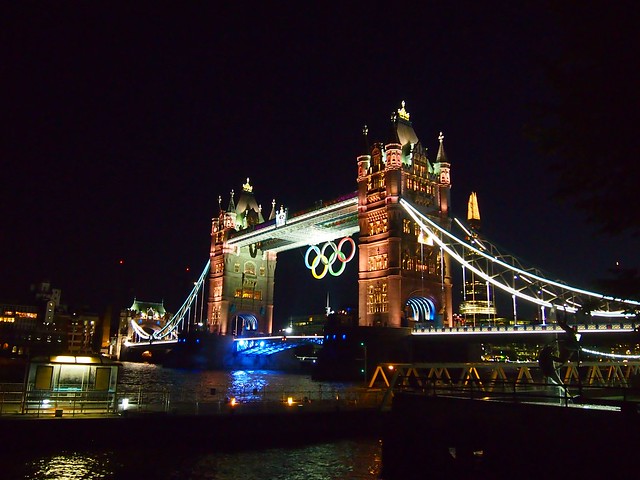 You hear lots of people talking about dreams and bucket list items. Among travelers, these lists usually consist of things like summiting Kilimanjaro or exploring Laos on a motorbike or riding the Trans-Siberian railway.

For me, though, one of my top bucket list items has always been “Seeing gymnastics live at the Olympics.” 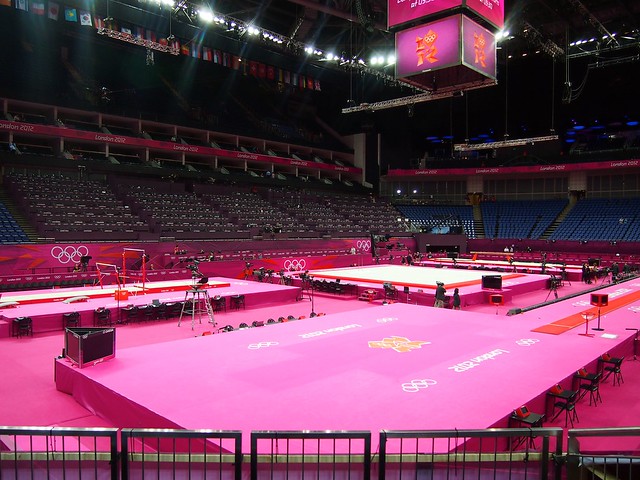 After devoting countless hours and plenty of blood, sweat, and tears to the sport myself for 8 years, Olympic gymnastics has always been the event I most look forward to at the Summer Games. And it's always been the only sport I've ever wanted to see live.

It wasn't an item I thought I would be crossing off my bucket list in my 20s, though. Maybe not even in my 30s. I figured I would have to wait until the Summer Games came back to American soil before I'd have any prayer of getting a ticket and being able to afford to go.

So imagine how surreal it was for me to step into London's North Greenwich Arena on July 29, ready to see some Olympic gymnastics happening live in front of me. 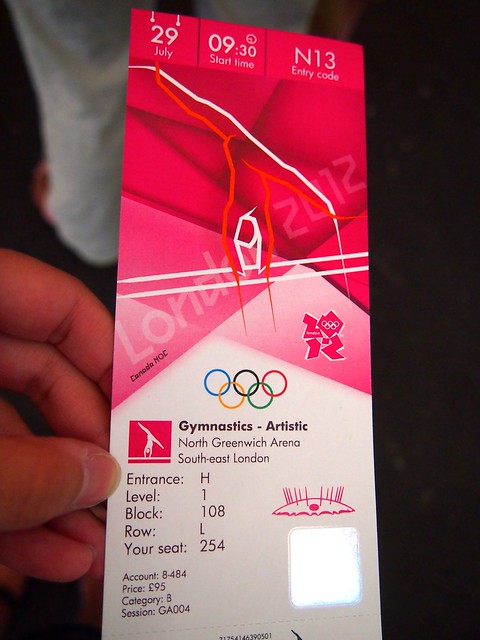 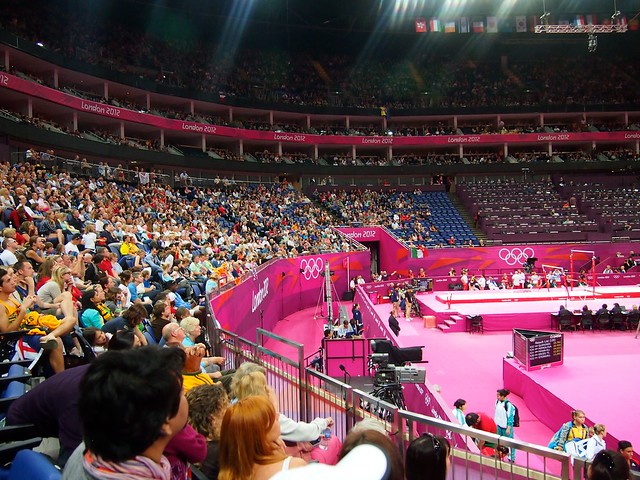 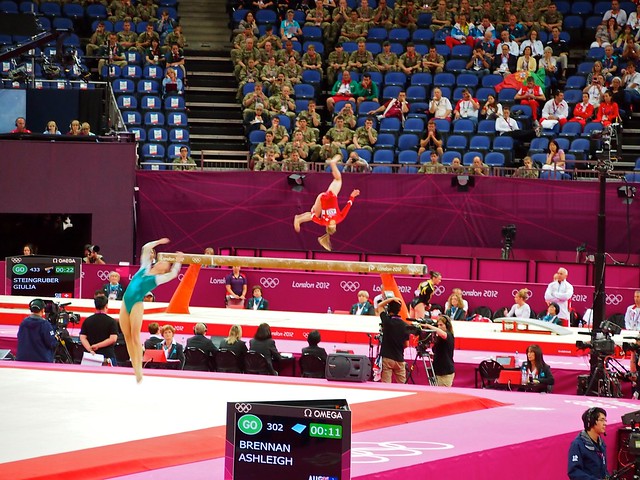 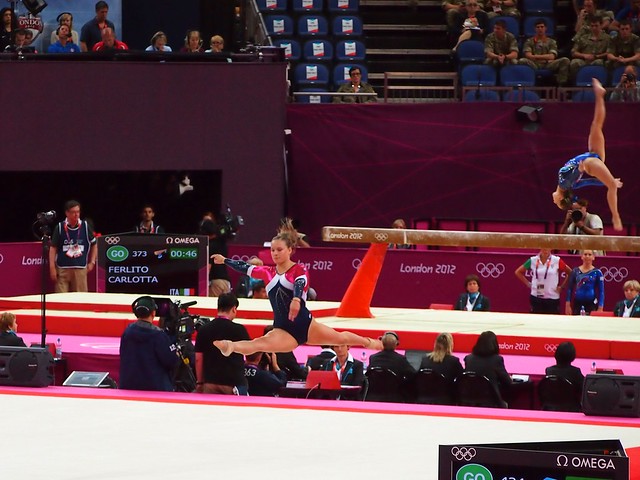 That's how I felt about being in London for the 2012 Olympics overall — it was great to just be there.

I felt like I was a part of something. Something big.

And that's really the whole point of the Olympics, isn't it? To bring the world together for 16 days of friendly competition and good spirits.

I know I'll never forget my first Olympics experience. Thanks, London, for showing me a great time!

What sort of London 2012 experience did YOU have? Would you ever want to go to the Olympic Games?