Hunting for Trolls in Piopio

Tom Troll: Don't bother cooking 'em! Let's just sit on 'em and squash 'em into jelly!
Bert Troll: They should be sauteed and grilled with a sprinkle of sage.
Tom Troll: Oh, that does sound quite nice.

Driving south of Auckland past Hamilton and Waitomo on New Zealand's Highway 3, you'll pass through a blip of a town called Piopio (pronounced “pew pew,” like the sound weapons make in Star Wars).

It's definitely a “blink and you'll miss it” sort of place, but if you keep your eyes open, you'll notice a brown sign pointing down a twisting road that reads “Hobbit Filming Location.”

And if you follow that road through hilly farmland, you'll find yourself at Hairy Feet.

Well, actually you'll find yourself on a farm. A farm where sheep are roaming free and the Mangaotaki Rocks rise up out of the green hills like something out of Jurassic Park. 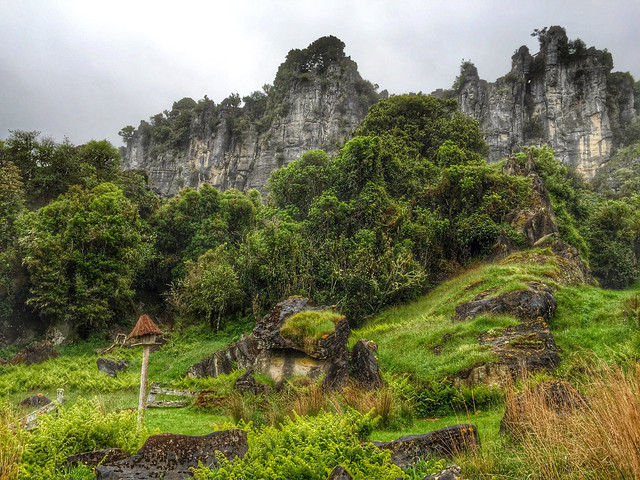 But that farm is also home to Hairy Feet, a new tour company run by the Denize family. Their farm — with those impressive cliffs and nearby twisted, moss-covered forest — served as a recognizable location in the film”The Hobbit: An Unexpected Journey.” 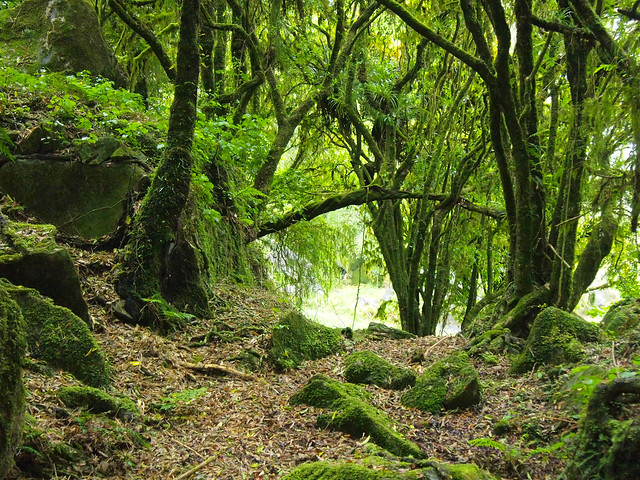 It all started in 2010, when a location scout for Peter Jackson's “Hobbit” trilogy showed up at the Denize farm, very interested in their limestone cliffs. Soon, crews were building access roads, erecting sets, and prepping the farm for a film crew of hundreds. The Denizes are amused by the fact that it took 8 weeks of planning, 500 people, and a week of filming to get 6.5 minutes of on-screen location footage. But, believe it or not, this is a lot — the most screen time for any location in New Zealand in this film, in fact! 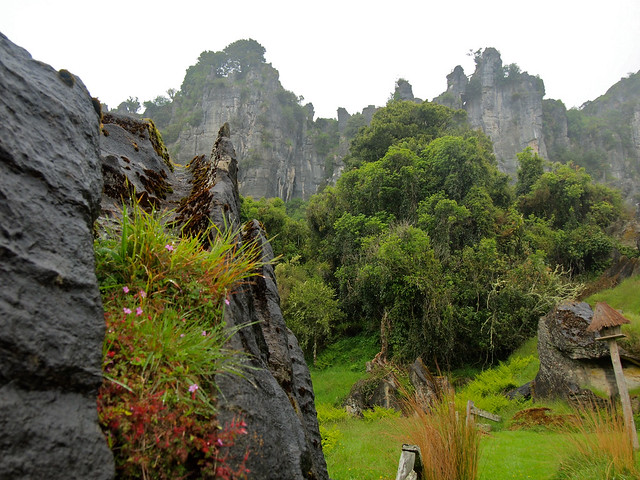 After filming wrapped, Suzie and Warrick Denize decided they wanted to make the location accessible to fans. The set wouldn't be as recognizable as, say, Hobbiton, but they wanted to do their best to create a great experience for anyone intrepid enough to drive all the way out to their farm.

What has resulted is a serious of gravel pathways through the location, taking you up near the cliffs and then down into the mossy forest. 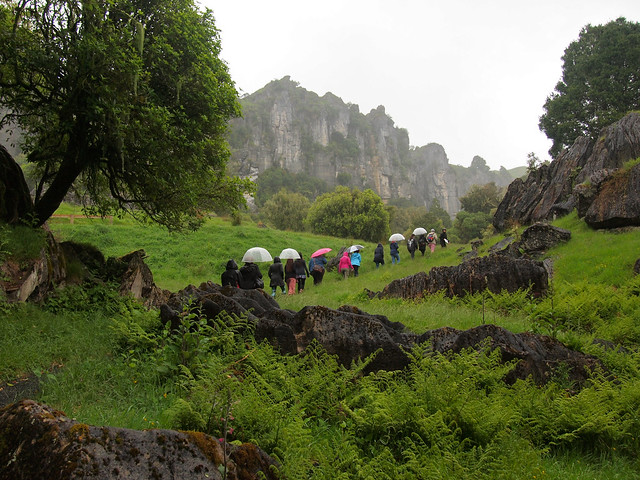 And of course there are plenty of surprises along the way!

Stand in the same “cave” where Bilbo stood, when Gandalf gives him Sting and he holds his sword for the first time. 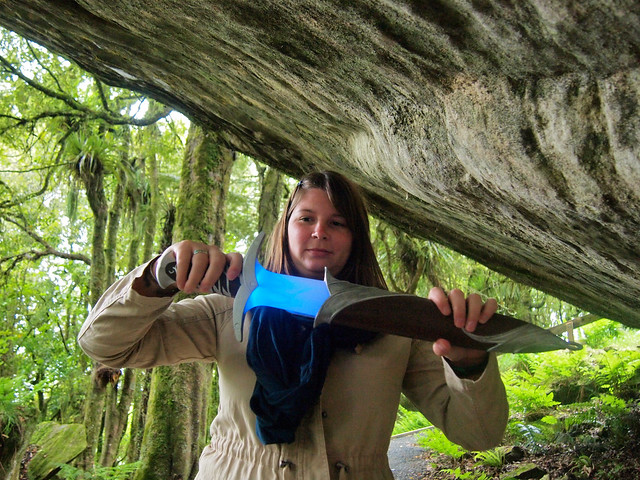 Wander through a forest that looks screen-ready. 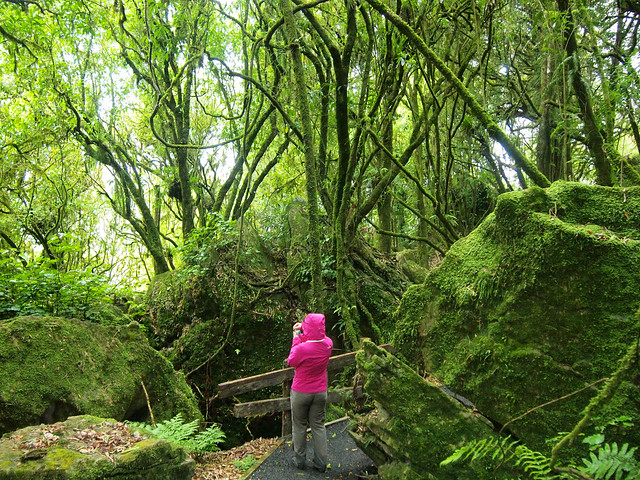 Stand on a left-behind marker. If you look really closely, it still says “Bilbo” on it! 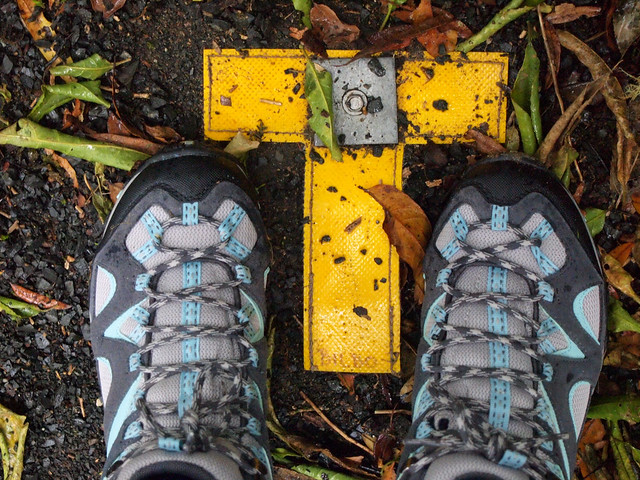 Warrick and Suzie are friendly guides, willing to get down in the muck to take photos of you, and always open to telling their favorite behind-the-scenes stories.

Even if you're not much of a “Hobbit” fan, you can't help but feel the magic here in Piopio. 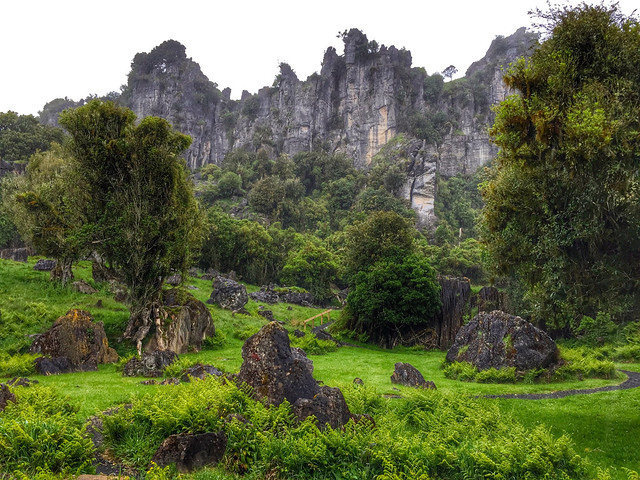 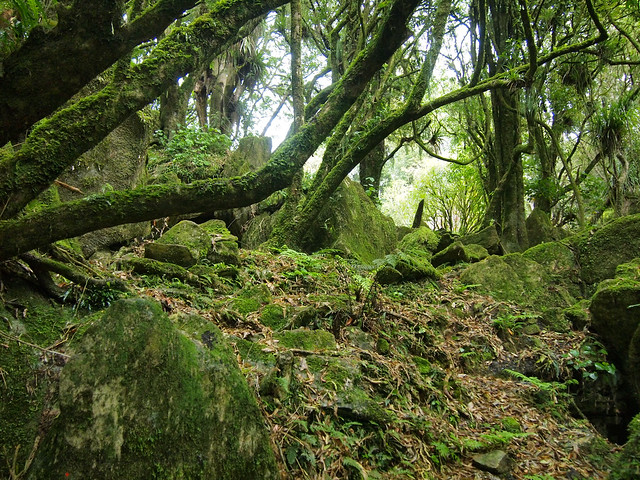 You can find Hairy Feet at 1411 Mangaotaki Road in Piopio.

Who else feels like trolls really COULD live here??

*Note: I visited Hairy Feet as part of a 14-day Lord of the Rings tour with partner Red Carpet Tours. As always, though, all opinions are my own.

19 Comments on “Hunting for Trolls in Piopio”