I'll admit it: I do not understand the rules of rugby.

I simply pretend to understand the rules of rugby because I cannot, in good conscience, say “I like rugby” while at the same time admitting that I know very little about the game. It makes me feel like one of those girls who goes out and buys a pink Steelers jersey just because it’s pink, and some hot guy told her they were a good team. I’m not one of those girls. 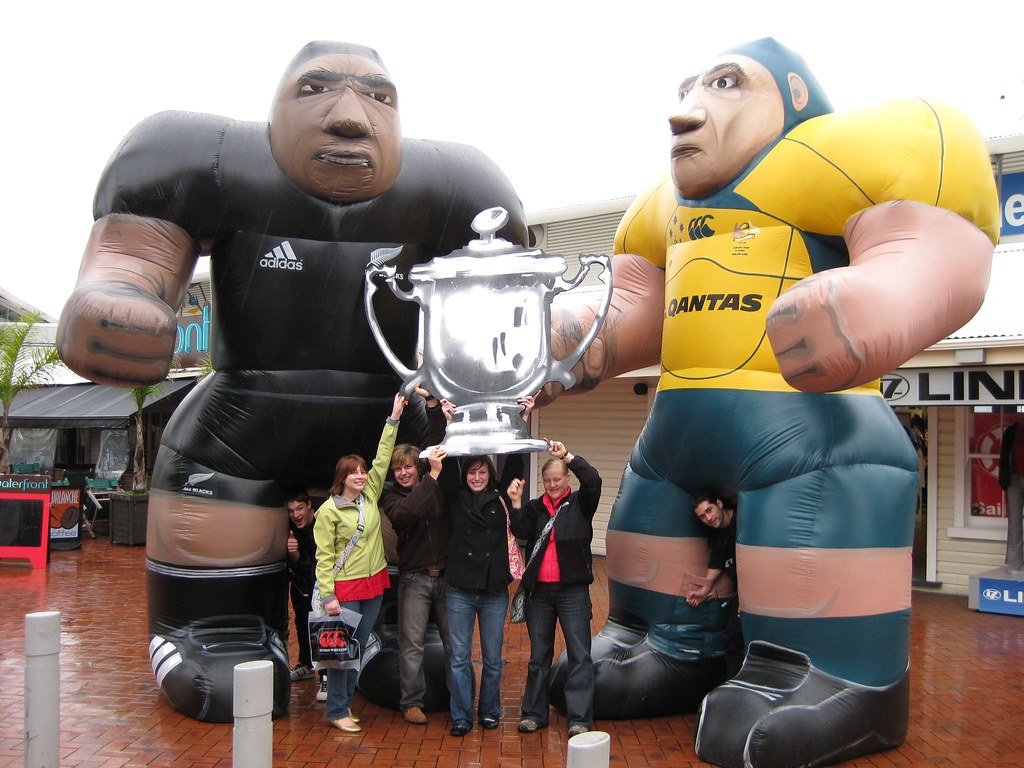 I was first introduced to the sport (along with many other strange things, like Vegemite) during my first trip to New Zealand in 2005. I happened to be in the country for two out of three test matches that the New Zealand All Blacks played against the British and Irish Lions. The U.K. team hadn't been Down Under since 1993, and, since rugby is essentially the national pastime in New Zealand, it was kind of a big deal. 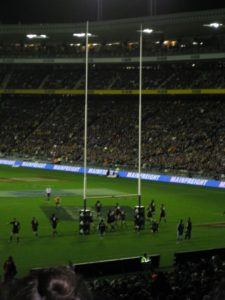 I remember turning the hotel TV on my first night in Auckland and stumbling upon what was the second test match of the tour. I had no idea what I was watching. Was it soccer? No, they were using their hands. Was it football? No, they had no helmets and very tiny shorts. I was so confused.

What teen-aged American girl wouldn't want to sit in front of the television and watch very fit men (who probably had amazing accents) in tight shorts run around and get sweaty on a field during a full-contact sport? … (Oh come on, you know you would.)

I watched about half the game before the jetlag caught up with me. I had no idea how to follow the rugby match (and the sleep deprivation didn't help), but I knew it was interesting and unlike any other sport I'd seen.

A week later, I would find myself in a rowdy hotel bar as the locals watched the All Blacks trounce the Lions for a third and final time. The atmosphere — of national pride, mirth, and lots of beer — was infectious.

It would take me roughly another three years before I actually made it to my first rugby match. People don't play rugby much in the U.S. midwest (though my university did have club teams, surprisingly), so it wasn't until I returned to New Zealand for a semester that I got to see a live game. 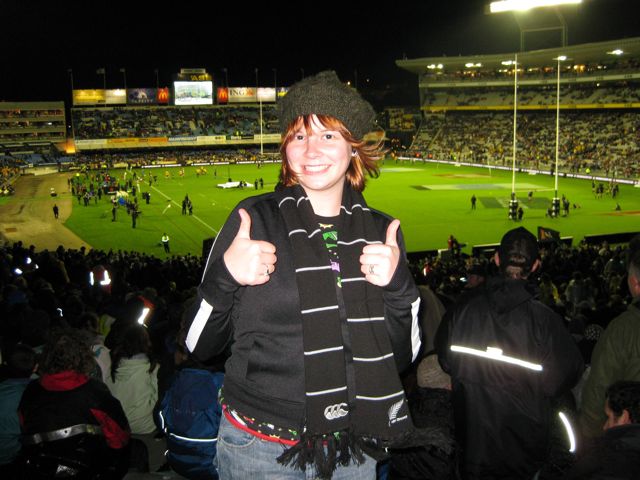 A group of international students decided to head up to Auckland for the weekend in order to watch the All Blacks take on the Australian Wallabies. If you've ever been to either New Zealand or Australia (or perhaps even if you haven't), you'll know the sort of rivalry that exists between these two sort-of-neighbors. The Kiwis pick on the Aussies for their heavy drinking habits. The Aussies pick on the Kiwis for… well, just about everything, really. Both countries are fiercely supportive of their sports teams, and this is especially true in rugby.

So, being able to see one of these matches live while in Auckland seemed like a no-brainer. We bought our tickets, purchased some All Blacks paraphernalia, and hopped on the free train that would take us to Eden Park.

There was a lot of black and silver in Auckland that night. But, also a fair bit of gold and green. The tension is the stadium before the match began was palpable. The All Blacks had just lost to the Wallabies the weekend before in Sydney, and the Kiwis weren't about to lose again on their home turf. That evening's haka (a native Maori war dance that the All Blacks perform before each match) was especially fierce.

The match itself was… well, slightly confusing. I had been watching matches on television during my first month living in Wellington. But those matches had an announcer, replays, and a general run-down of what was going on. I thought I was starting to understand the game a little better – you know, what a scrum was, how you properly scored a try, etc. But there was no announcer at the live match. Nobody enthusiastically explaining what was going on.

My friend Jamie, who played rugby in college, tried to help us rugby-newbs out, leaning over every now and then to explain why or how something happened –rucks and hookers and all manner of other funny-sounding words. I just concentrated on cheering for the appropriate team. 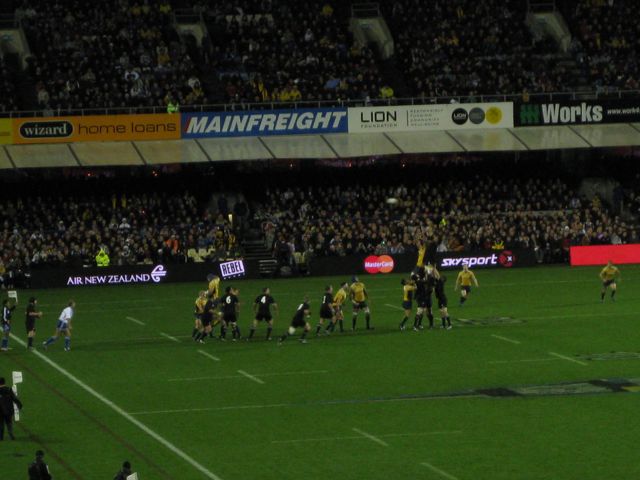 In the end, The All Blacks easily beat the Wallabies, 39-10, and it didn’t really matter if I had understood every nuance of the game. I had supported the New Zealand team, booed the Australians (especially when a large block of Aussie fans refused to participate in a stadium-wide round of the wave), and been witness to a very exciting win. 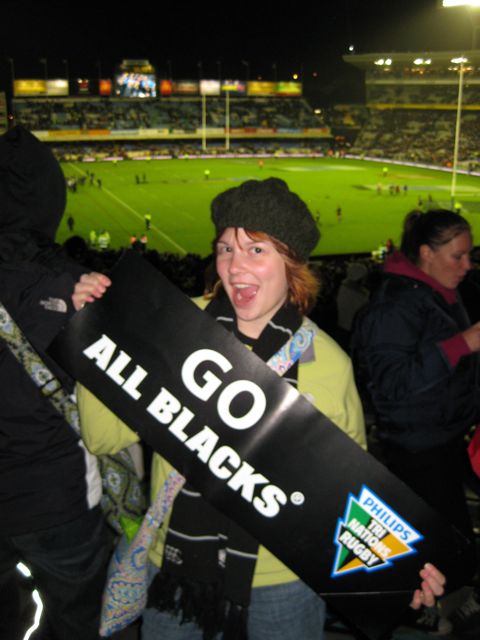 On the train back from Eden Park, my friends and I were befriended by some very drunk All Blacks fans. They were so ecstatic about the win that they barely recognized we were all Americans. The fact that most of us probably hadn’t followed the game very well (especially those who hadn’t even watched a full match on TV before) didn’t make any difference. We were all comrades now, having cheered the Kiwis, booed the Aussies, perhaps imbibed a bit, and emerged victorious on all fronts.

The rest of the details didn’t really seem to matter.

Is there a sport that you love, but don't necessarily understand completely?

And, if you’d like to learn more about the history of the New Zealand haka (and see some great videos), check this post out.

26 Comments on “Hakas, rucks and scrums, oh my! Attending a NZ rugby match”