As far as age goes, my country is incredibly young.

As a nation, America's history goes back a few hundred years at most. This may sound impressive at first, but compared to some countries in Europe and Asia that can trace their histories back thousands and thousands of years? It's not nearly as cool.

But just because the United States' history doesn't stretch back for millennia doesn't mean it's not interesting. 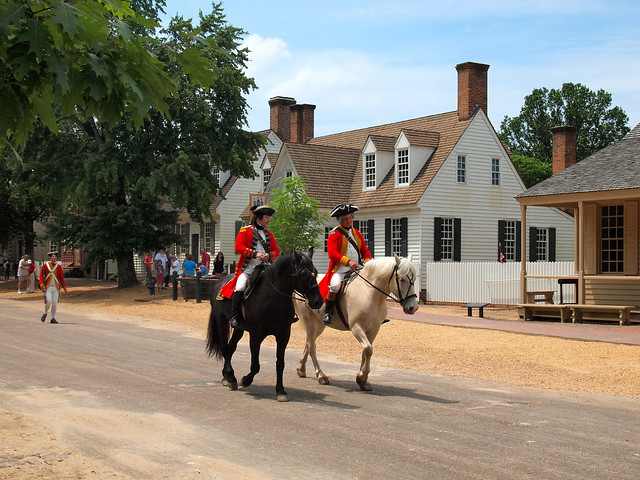 When my sister and I decided to road trip down the East Coast for a week, we made it our goal to focus on the history of this part of America. After all, this is where it all began; this is where the first colonies were settled and where the foundations for our current nation were laid.

We set our sights on Virginia first.

Only a 8-hour drive from home, Virginia's “Historic Triangle“ seemed the ideal place to begin our foray into American history. Here, a few square miles on the Virginia Peninsula are chock full of historic sites — from America's first permanent English settlement to Virginia's colonial capital.

If you're headed to the Historic Triangle, the best first stop is Historic Jamestowne. 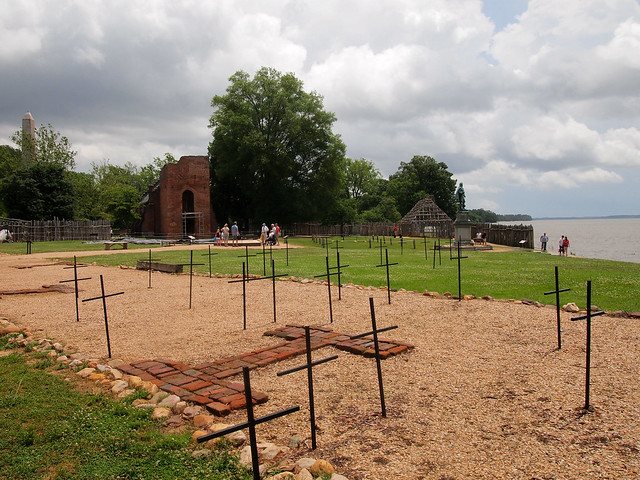 This is where it all began. In 1607, roughly 100 English men and boys chose this site as the first permanent settlement in the “New World.” James Fort was built here, which would eventually turn into Jamestown in 1619 and the capital of the Virginia Colony until 1699.

The site is run by the National Park Service, and boasts archaeological excavations of the original James Fort (including a brick church tower that is nearly 400 years old), statues of John Smith and Pocahontas, and a fascinating archaeological museum with artifacts that have been uncovered at the site. 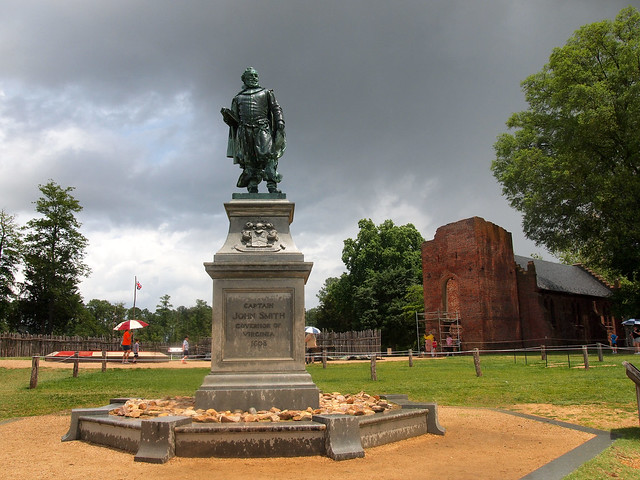 The museum was my favorite part — the information included there spans hundreds of years and there's a lot to learn. This includes learning about the “Starving Time,” the period between 1609 and 1610 when only 61 of 500 settlers survived drought, harsh winters, and starvation. There is evidence (thanks to a partial skeleton nicknamed “Jane”) that the settlers even turned to cannibalism during this time…

After learning about the real historical site of Jamestown, head over to Jamestown Settlement  just down the road. 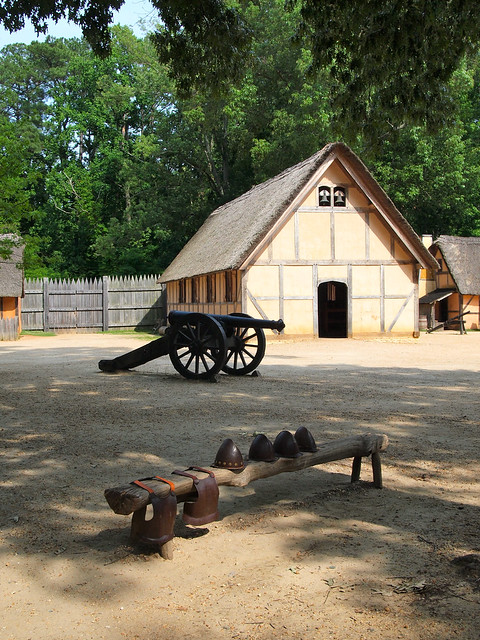 Here there's a movie to watch about Jamestown, an extensive museum (including an exhibit that tells the REAL story of Pocahontas and John Smith, and another that talks about early slavery in Virginia), a re-creation of a Powhatan Village like the one Pocahontas would have lived in, replicas of the ships the original settlers came over on, and a re-creation of James Fort. 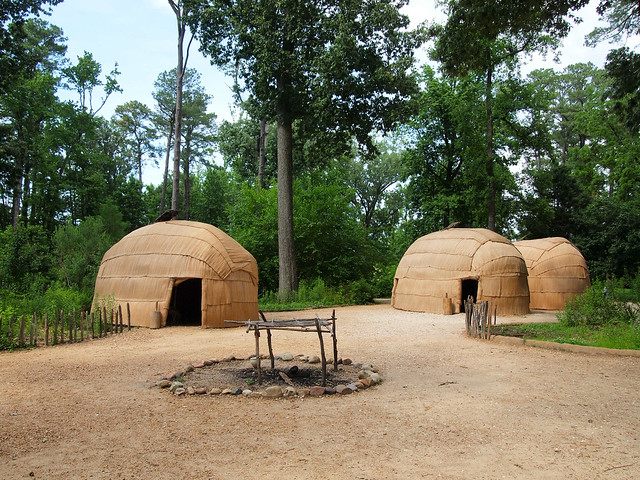 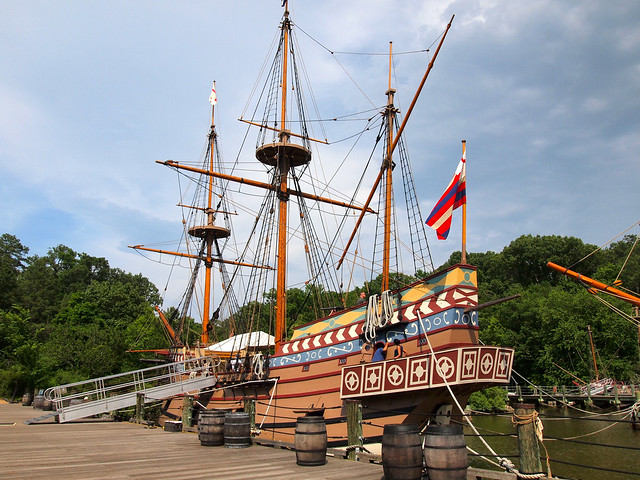 The best part about all of these re-creations is that you can explore all of them. Go into a Powhatan hut. Climb aboard the Susan Constant. And chat up a dude in the armory of James Fort (where you'll learn that the settlers used old medieval chain mail and armor because they were effective against the weapons of the native people). 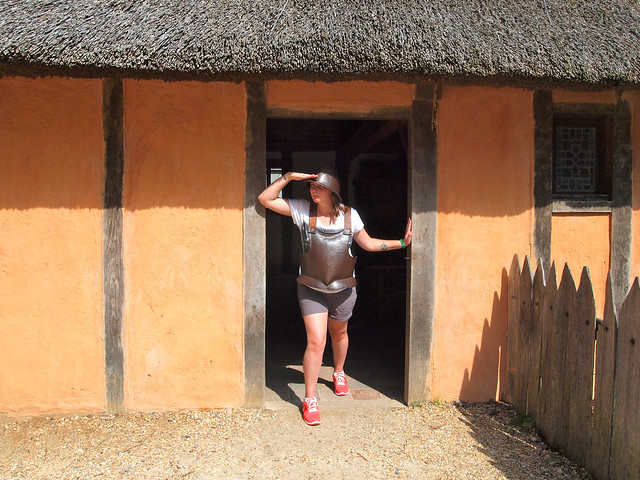 In 1699, the capital of Virginia was moved from Jamestown to Middle Plantation, which would soon be renamed Williamsburg. This colonial city was the center of everything in Virginia until 1780 (when the capital moved to Richmond), and was integral to life in the colony through the American Revolution. 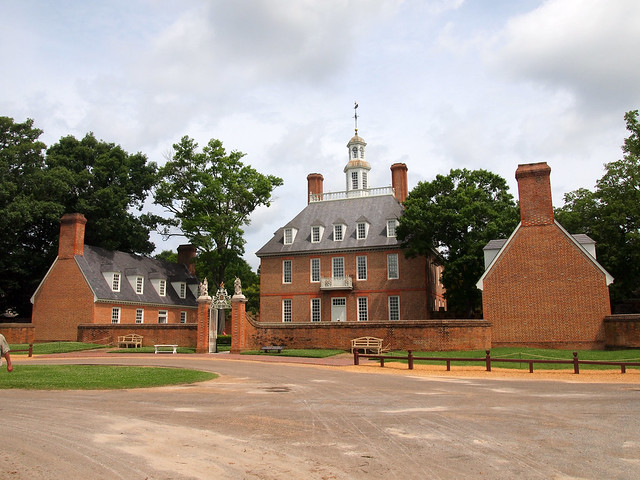 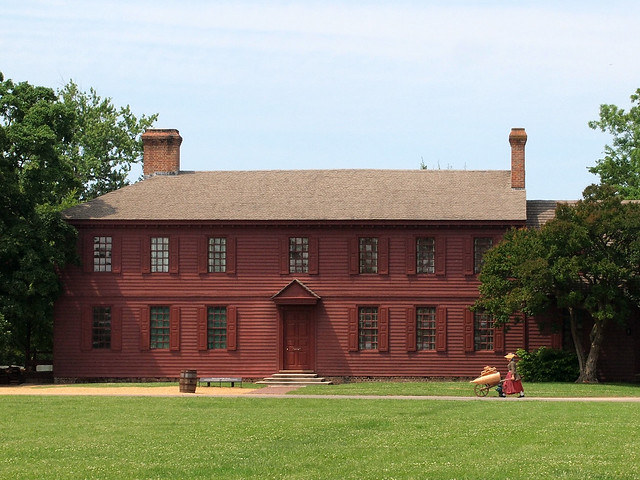 Today, Williamsburg is Virginia's top tourist destination, resembling the city as it would have been in the 1770s. It refers to itself as a “living history museum” and is filled with restored and rebuilt buildings (everything from the courthouse to taverns to the Governor's Palace) and re-enactors who wander around the Revolutionary City and NEVER break character. 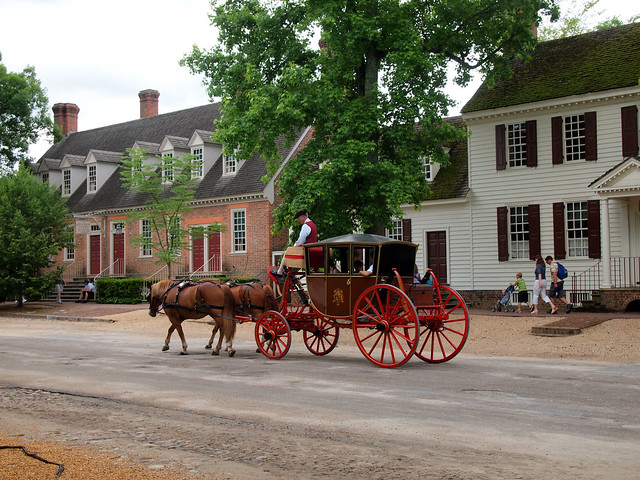 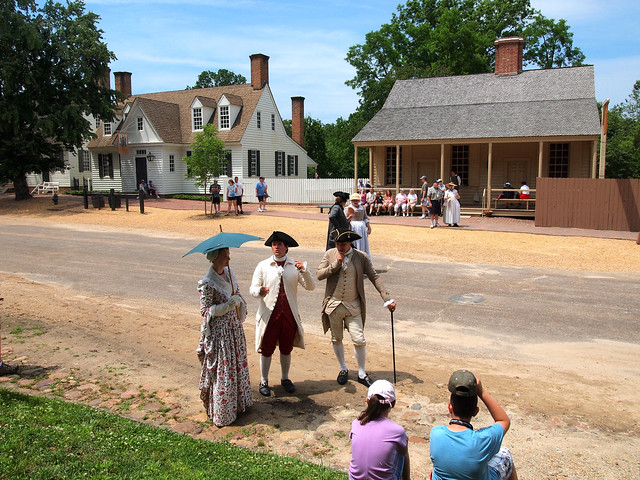 I visited Williamsburg once before when I was really young, but it was great to go back as an adult and really appreciate all the historical touches. With a visitor's pass you can go into just about every building in the “city,” as well as attend some live “shows” out in the streets, which include speeches and Q&A sessions with people like George Washington and Benedict Arnold. 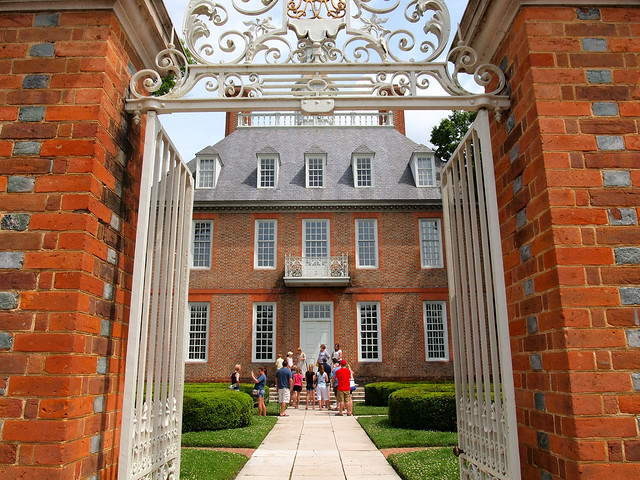 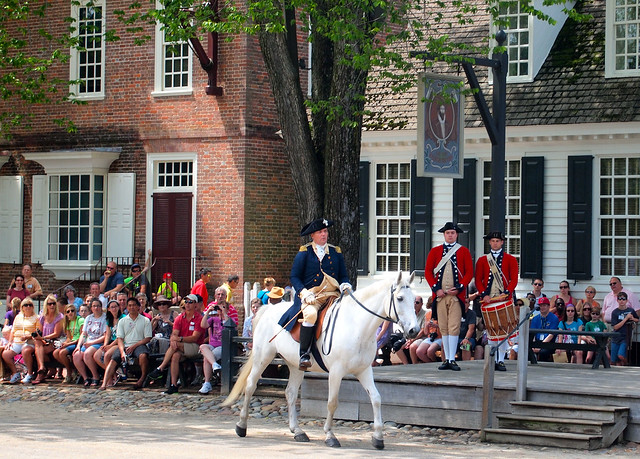 The last point in the Historic Triangle is Yorktown — site of the battlefield where British General Cornwallis surrendered to George Washington in 1781 in essentially the last major battle of the American Revolution.

To be honest, I'm not a huge fan of battlefields. Yorktown was therefore my least favorite of the 3 “points,” but was still worth a visit for the historical factor.

Make a Vacation of It

If you're interested in history as much as I am, consider hitting up all these places in one trip. You can get combo passes such as:

And even though it is easiest if you have a car — either a rental or your own (especially if you want to do the battlefield self-drive tour) — you don't necessarily HAVE to have one for this adventure. Assuming you can get yourself to Williamsburg, there's actually a free shuttle service operated by the USA National Park Service that runs along Colonial Parkway between Williamsburg, Jamestown, and Yorktown.

And as for places to stay? There are a TON of hotels in Williamsburg, including a few that are actually more or less inside the Revolutionary Village. 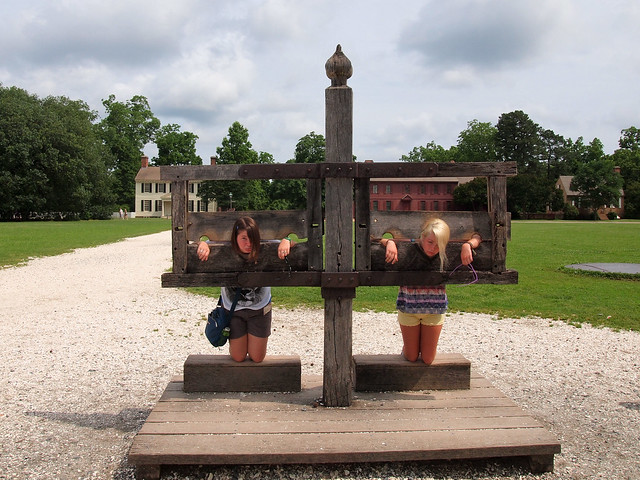 You could easily spend a whole week in this part of Virginia — and someday I think I might like to!

Which of these sites (if any) would you add to YOUR road trip itinerary?