But all of these excuses have their root in one thing:

Fear of the unknown and the unpredictable. Fear of taking a step and not knowing where your foot will land.

Because, let's face it, travel can be scary. Not everyone loves planning the way that I do, and not everyone would be comfortable jetting off around the world alone. To many people, what I do is overwhelming; intimidating; downright scary. 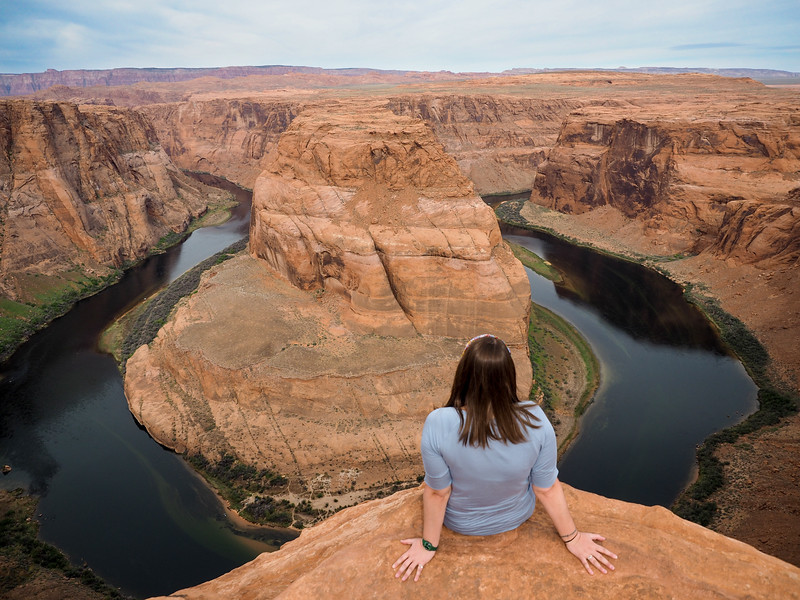 I understand this. I understand where the fear comes from, because I experience it too sometimes.

But most of the things we all fear about travel can easily be overcome — and none of them should keep us at home.

RELATED: The World is Not Safe – But You Should Explore it Anyway

Here are some of the most common travel-related fears, along with some suggestions on how to get over them.

Common travel fears and how to overcome them

The fear of traveling alone

Solo travel isn't for everyone. In fact, for many people, traveling alone would be their worst nightmare. When I told some friends recently that I was planning to travel Eastern Europe this summer on my own, their immediate response was, “You're going to die.” Well, no. No, I'm not. I'm capable of traveling solo, and I usually don't mind it. But I know many people would never dream of doing it, and that the lack of travel partners keeps many people firmly rooted at home.

Solution: If you can't convince a friend to travel with you, book yourself on a small group tour to the destination you want to visit. This way you'll be able to make friends with the people in the group, and you won't have to worry about doing any of the planning on your own.

The fear of disaster

Terrorist attacks. Planes crashing. Ships sinking. These kinds of worst-case-scenario fears, believe it or not, keep many people from traveling. They are the reason tourism suffered so much after the 9/11 attacks, and why cruise lines around the world are currently slashing prices following a ship sinking last month in Italy.

Solution: Stop worrying about things that are not likely to happen, and that you really have no control over anyway. Do you know the statistics behind terrorist attacks, plane crashes, or ship sinkings? The numbers show that you are MUCH more likely to die in a car crash on your way to work. So ignore the media coverage, and take advantage of some of those cruise deals right now! (My family is this summer; we scored a fantastic deal on a New England/Canada cruise in June!)

The fear of flying

No, it is not natural for something like an airplane to fly. And having a fear of flying is really not all that uncommon.

Solution: As mentioned above, the chances of your plane crashing are statistically very slim. But knowing that doesn't always help to alleviate fears, I know. So if planes terrify you, consider other transportation options — ships, buses, trains, cars, bikes, walking… there are plenty of ways to travel that will keep you out of the air.

The fear of language barriers/culture shock

Traveling abroad to a place where you don't speak the language and aren't familiar with the culture can be understandably overwhelming. Most people want to hold on to at least some level of familiarity — that comfortable “bubble” of home — and worry about not being able to communicate or being crippled by culture shock.

Solution: Start out simple, and travel first to countries similar to your own before branching out. Ease into the foreign cultures; you don't have to dive into the unfamiliar straight away. Or, better yet, spend some time exploring your own country first! It's amazing what can be done/seen in your very own backyard, especially if you live in a country as large and diverse as the U.S. or Canada.

The fear of mystery foods/getting sick

Along with culture shock and language barriers, people fear strange foods and the effects those strange foods might have on their digestive tracts while traveling. It seems silly, but I've worried about this, too! Nobody likes being sick, and being sick abroad is even less appealing.

Solution: Don't completely avoid foreign foods, but be aware of what you're eating. Go where the locals go when possible, and be sure to have your Tums and Imodium on hand just in case! Also be sure to educate yourself on the region you'll be traveling — is it safe to drink the water? Are there certain foods to avoid? Simply being informed can go a long way.

The fear of getting robbed

Getting robbed, scammed, or otherwise ripped off is a common fear among would-be travelers — and it's often a valid concern, depending on where you're traveling. Some parts of the world are, in fact, known for scamming tourists, or for street robberies. It's an unfortunate reality of travel.

Solution: Be alert, and be informed. Are there certain common scams that target tourists where you're going? Are there specific areas of town to avoid? Know these things before you go so you know what to keep an eye out for. Another obvious tip would be to leave your valuables at home — if you don't want to lose it, don't bring it. If, however, you really need a fancy camera or computer when you travel, make sure you keep it in a secure spot, and never let your bag out of your sight. And, if you really want to get serious, get yourself a theft-proof backpack or purse.

The fear of getting lost

For some people, getting lost in a new city is all part of the travel experience. But for others, it would be far less than ideal, and can sometimes dissuade people from venturing outside their hotel rooms.

Solution: If you're the type who hyperventilates when you're convinced you're lost, make sure to always get a local map (that you can read) before you go out exploring, and don't be afraid to approach locals for help. Believe it or not, getting lost can sometimes enhance your experience — if you can manage to let go of some of the control. 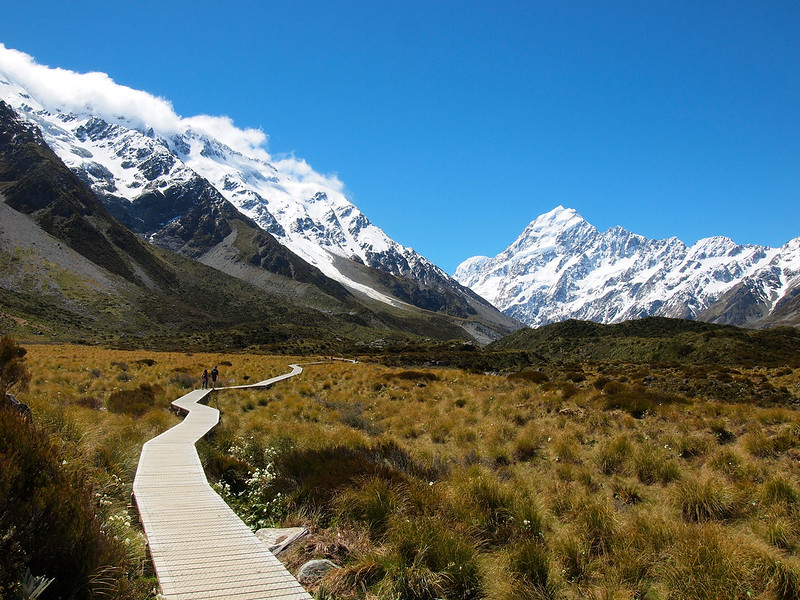 The fear of getting injured abroad

Nobody wants to think about that slim chance of getting seriously injured abroad — getting in an accident, breaking a bone, or winding up in the hospital with some mysterious virus. But of course there's always a chance of something like this happening abroad, just as there's a chance of it happening at home. However, the fear of it happening on the road where hospital conditions can vary and language barriers could make it difficult to communicate with doctors is usually much stronger.

Solution: First, realize that hospitals and doctors DO exist in other parts of the world — and most of them are perfectly safe. But if you want to avoid ending up in one, don't be a moron. Don't take unnecessary risks or let yourself get so drunk that you start making stupid or dangerous decisions. And make sure you have travel insurance to cover any accidents if they do happen.

The fear of coming home

A less-obvious fear that sometimes accompanies long-term travel is the fear of what will happen after the adventure is over. If you quit a job to travel, how will that lapse affect your prospects of finding work?

Solution: Despite the rather widespread belief in America that travel is largely a waste of time, don't look at it that way. Travel is one of the best educational experiences a person can have, and the skills you pick up while navigating the world can often translate back to your life at home. Instead of worrying about how taking time off to travel will look on your resume, consider how your experiences abroad can actually set you apart from others. 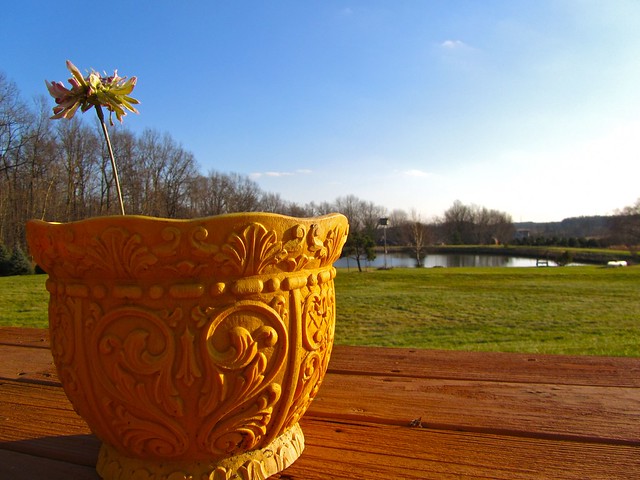 The bottom line here is that, yes, travel can be scary for a variety of reasons. But I implore those of you out there who are scared about some aspect of travel to set aside your fears and JUST DO IT.

Because, as they say, “When you look back on your life, you'll regret the things you didn't do more than the ones you did.”

Don't let not traveling be one of your regrets.