I'm not necessarily a very religious person. Yes, I was raised as a Catholic, and yes, I have been to the Vatican. But my religiosity doesn't extend all that far.

But I still love churches. Churches are often some of the most architecturally interesting and beautiful buildings you'll find in any city around the world. I've visited my fair share of old, new, rustic and elaborate churches all over the world. But the most unique? It might have to be Rangiatea Church in Otaki, New Zealand. 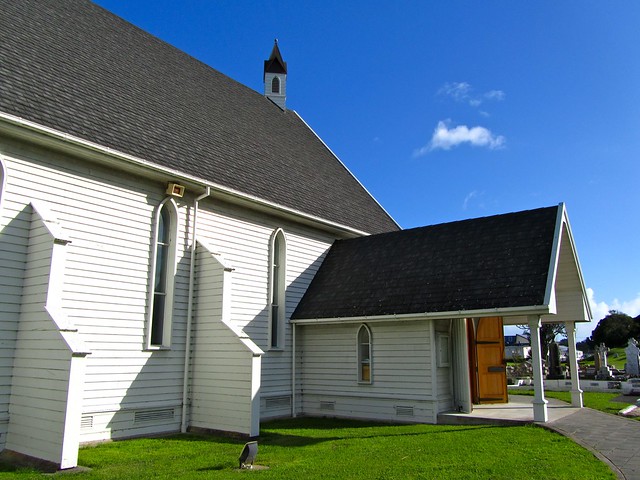 Originally built in 1849, Rangiatea's architecture represents a unique blend of native Maori and English church design. Yes, that's right — there are Maori churches in New Zealand. When Europeans first began colonizing the country, they also began converting the island's native inhabitants to Christianity. But the churches in Maori communities have retained some of their cultural roots.

On the outside, Rangiatea Church looks like any other white-washed wooden church in the world. But on the inside, Maori design and tradition comes alive. 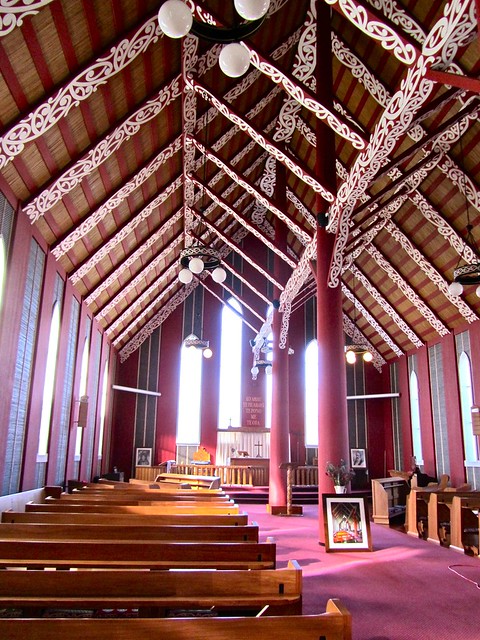 The ridge pole of the church was fashioned from a single totara tree, representing the belief in the one true Christian God, while the three central pillars of the church are said to symbolize the Holy Trinity.

The painted design on the rafters is the mangopare, or hammerhead shark pattern, which signifies power and prestige. On the walls, tukutuku panels of intricately woven flax display the purapura whetu, or star seedling pattern, which is said to be based on the Milky Way. 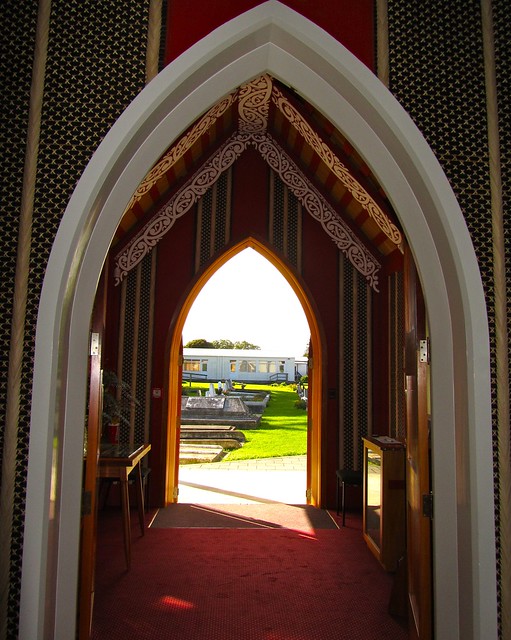 This church is unlike any I have ever visited. It's two cultures — European and Maori — converging into one church. 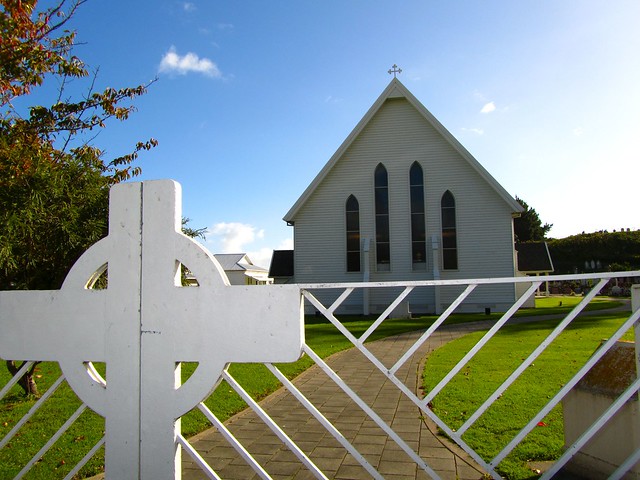 The church differs from traditional Maori places of worship, which are often covered in intricate carvings of mythical figures and Maori ancestors. The Christian missionaries considered these carvings to be innappropriate for a house of worship, however (suggesting that carvings of human-like figures could lead to idolatry), which is why the inside of Rangiatea is painted and not hand-carved.

Which only makes it more interesting. I've been on Maori maraes before, which usually consist of buildings covered in amazing carvings and paua shells. But Rangiatea is very different. 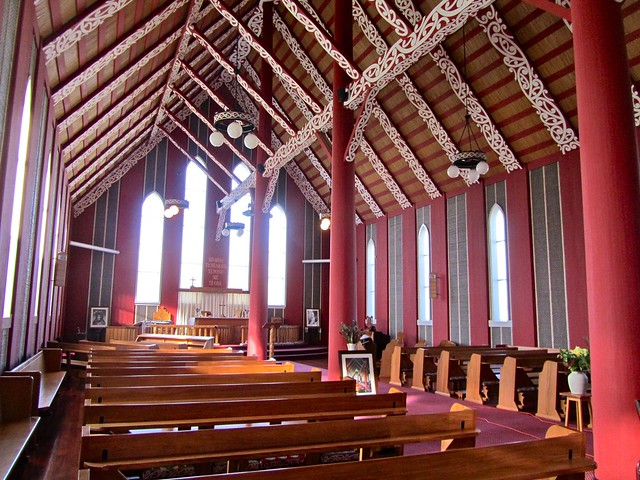 Sadly, the original church was burned down in 1995. At the time, Rangiatea was 146 years old and the oldest Maori church in New Zealand. Today, the church has been restored almost exactly as it was before it was burned. 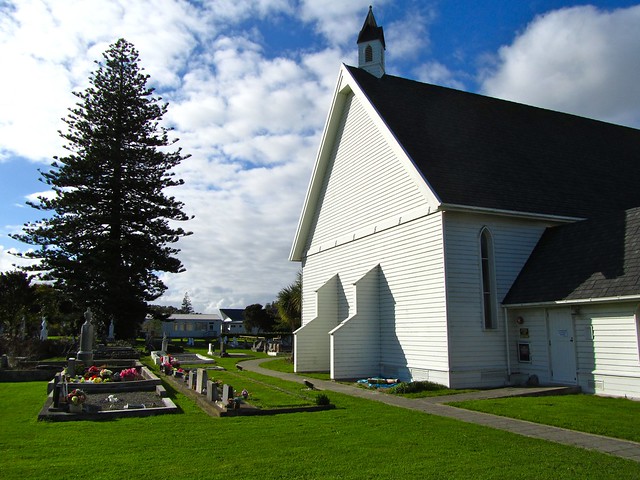 I would go so far as to say it's one of the most interesting churches I've ever been to.

Have you ever visited any churches that meld Western designs with native ones?

Note: A big thanks to the great folks who take care of Rangiatea Church, for giving me special permission to snap a couple of photos inside.