The Stunning Subway Stations of Stockholm

If you're going to Stockholm, be sure to set aside some time to spend underground.

This may seem like strange advice, especially in a city that's as visually appealing as Stockholm. But I promise that there's a good reason for you to spend some time underground.

And that reason is Stockholm's art-covered subway stations.

There are 100 subway stations on Stockholm's Tunnelbana (T-bana), and roughly 90 of them have some sort of artwork in them – making the Stockholm subway system one of the longest art exhibits in the world.

While some stations may only have sculptures or engravings or the odd mosaic, others are completely decked out in striking murals and paints.

After spending some time in Stockholm hopping from station to station, here are my picks for the best subway stations in Stockholm.

The best subway stations in Stockholm

T-centralen is Stockholm's Central Station. It's where all the lines in the city converge, and also has some of my favorite artwork.

On the red and green line platforms, you'll find a wall covered in colorful glass prisms.

And down below on the blue line platforms, you'll find a series of white-and-blue murals. On the upper level are silhouettes of workers – welders, carpenters, steel workers, engineers, miners – to honor the men who built the subway.

Below, where the trains are, you'll find a vine motif that looks like it's growing up the walls and across the tunnel ceiling.

I won't lie – I went back to this station more than once for photos!

Chances are you may have seen photos of this station before. One of the escalators leading down to the trains at Solna Centrum has been nicknamed “the Gates to Hell” because of the assaulting red and black paint. 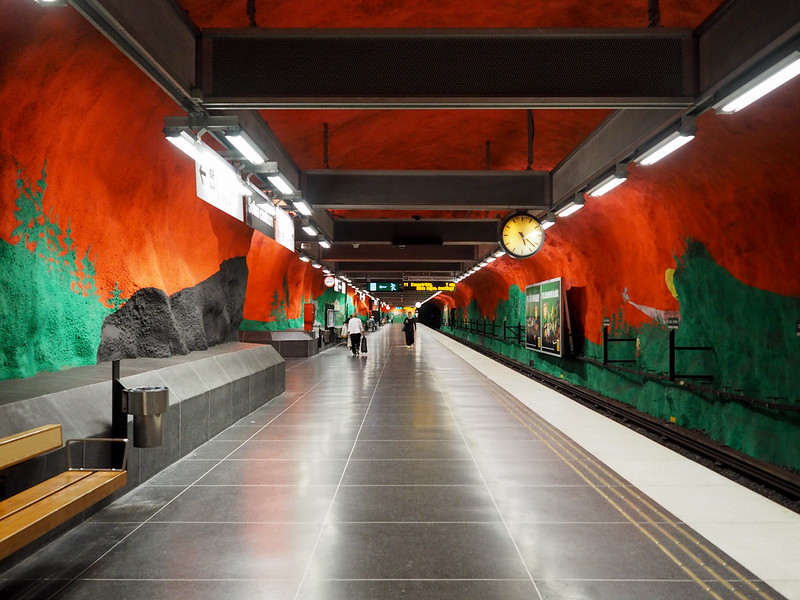 You've likely seen photos of this station before, and I definitely do think it's one of the best subway stations in Stockholm for photos!

I'm not sure you could go to this station and not be happy. The main color here is a sky blue, and there are rainbows everywhere – including one massive one stretching across the tunnel in between platforms. 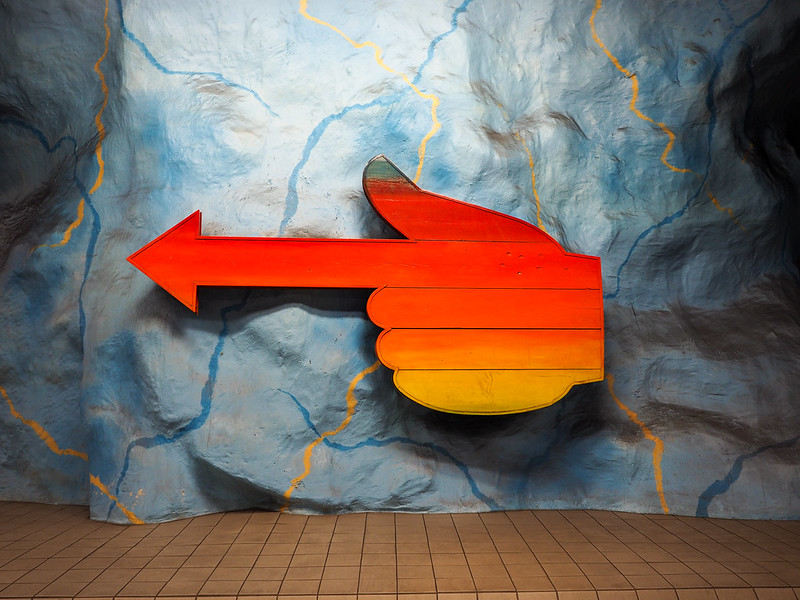 The artists, Enno Hallek and Åke Pallarp, designed the station to commemorate the 1912 Stockholm Olympics (the rainbows represent the Olympic rings).

And even though Solna Centrum might be more “famous,” I think Stadion was actually my favorite Stockholm station to take pictures of.

This station – the King's Garden – is painted in greens and reds and checkered patterns. 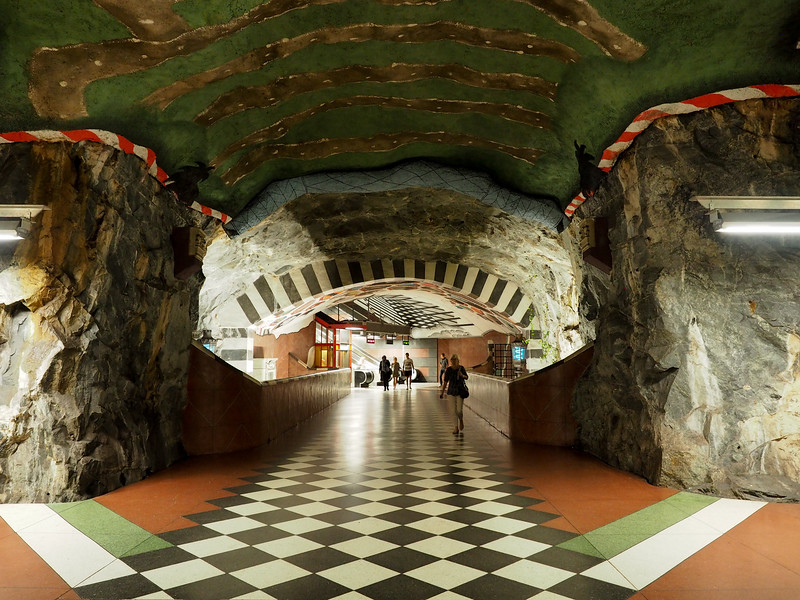 Along with the bright colors, you'll also find a mini archaeological museum here (near the Arsenalsgatan exit) with Roman columns and stone sculptures. The items are remnants from Makalös Palace, which once stood above where the station is today. 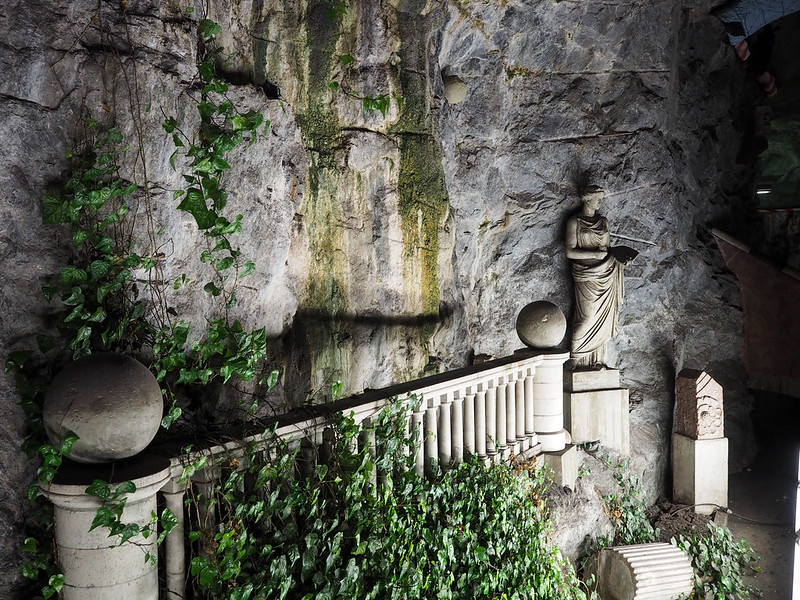 Stockholm's City Hall station is very cave-like, with reddish-orange walls and a nod to the courthouse above with large cement pillars.

My last stop was at Tekniska Högskolan, which is home to a few sculptures and some ceiling artwork. 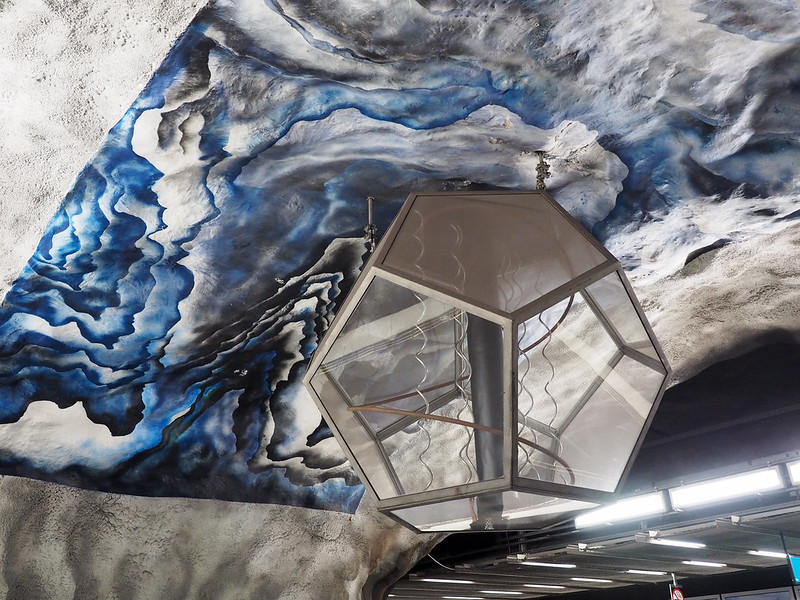 While these are my picks for the best subway stations in Stockholm (and certainly the most photogenic ones), these are of course only a handful of them!

Other stations you might want to check out if you have more time include: 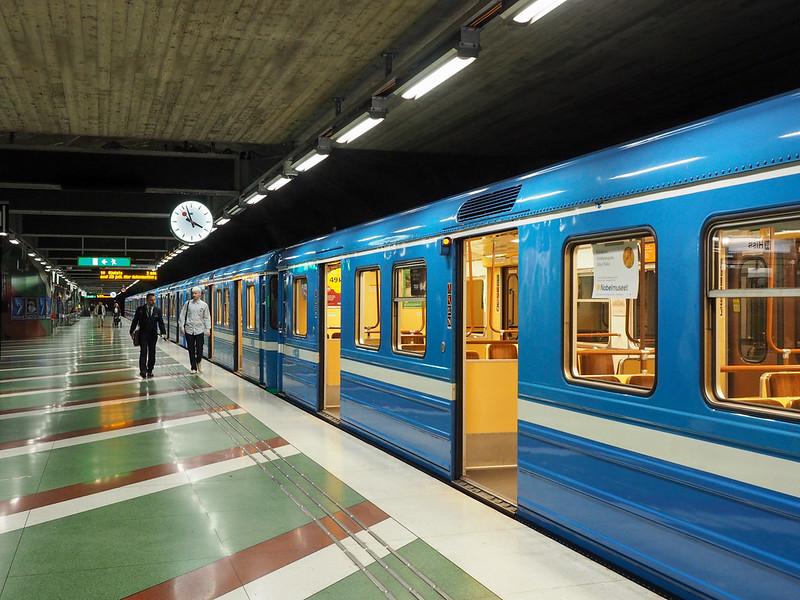 How to do it: A 24-hour pass on the Stockholm metro costs 120 SEK ($14.75 USD), and a 72-hour pass is 240 SEK. (These passes also work on buses and ferries in Stockholm.) A single metro ticket purchased from a ticket machine runs 43 SEK ($5.28), and is good to use as much as you want for 75 minutes from purchase. You could definitely fit in a few of these stations within 75 minutes if you don't plan to use the metro enough to warrant buying a travel card.

There are also free tours of some of the metro station art in the summer. From June to August, there are guided art walks in English every Tuesday, Thursday and Saturday, starting at 3 p.m. from SL Center, at T-Centralen Metro station (entrance from Sergels torg). The rest of the year tours are offered only in Swedish.

And here are some other tours in Stockholm to check out:

READ NEXT: An Introduction to Stockholm: A First-Time Visitor's Guide

Who's ready to spend some time underground in Stockholm? 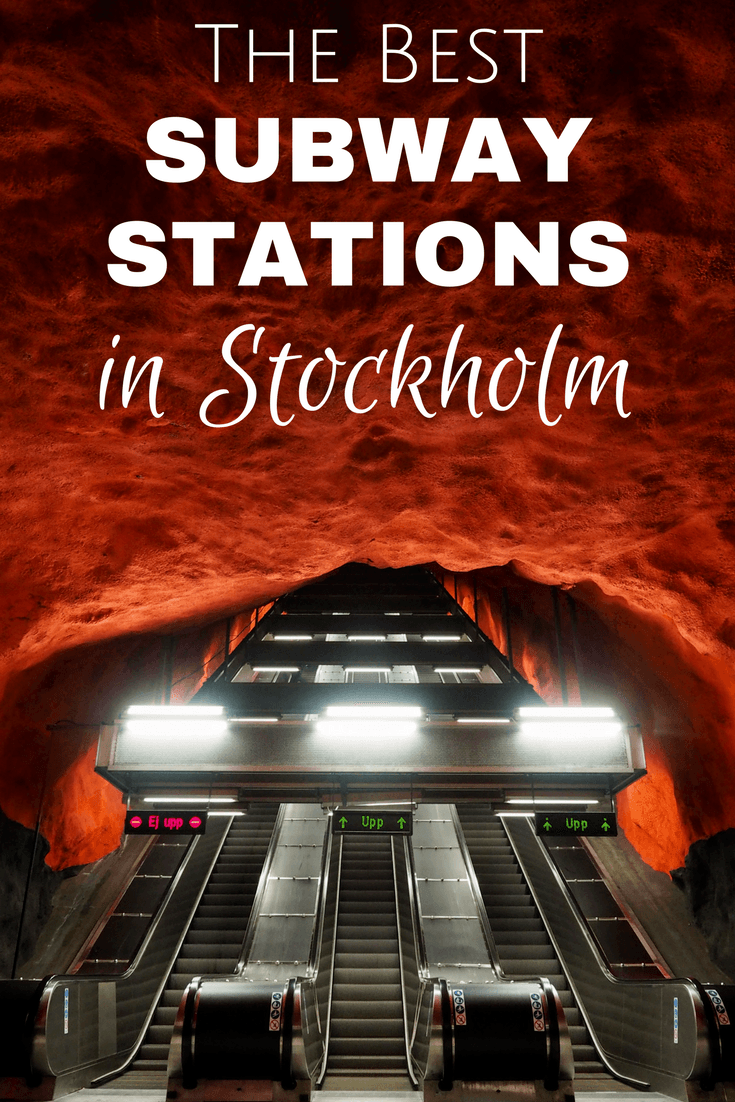 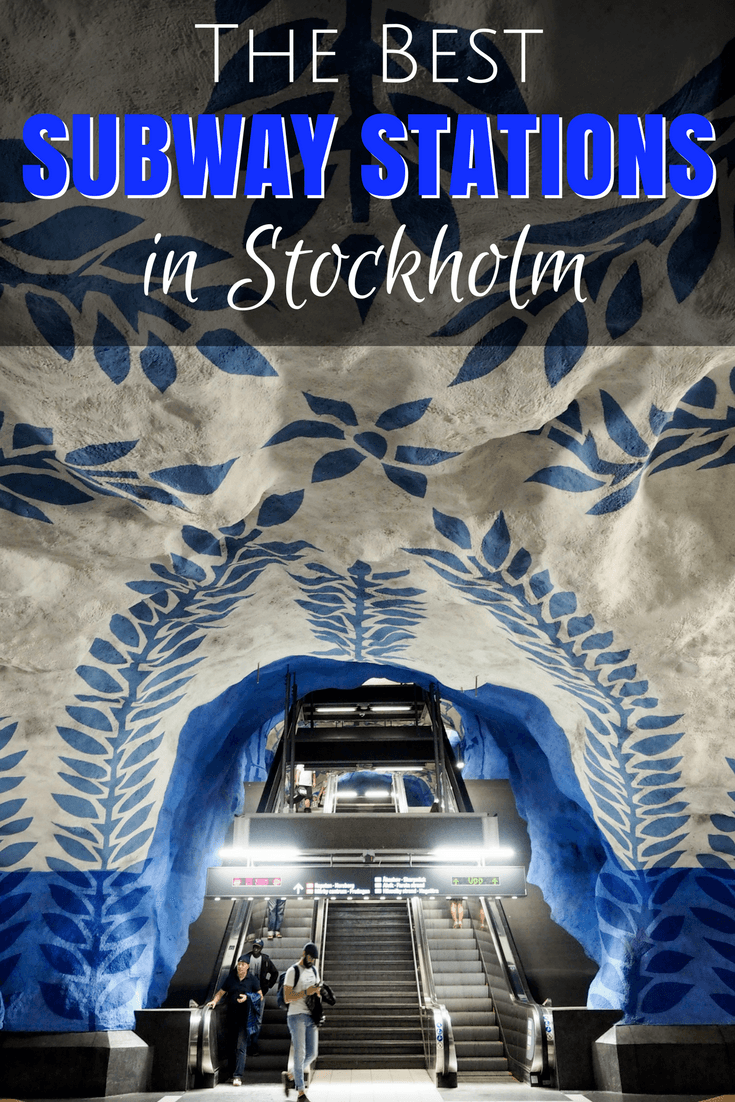 46 Comments on “The Stunning Subway Stations of Stockholm”