Soaking Up History in Bath, England

I definitely have preconceived notions when I hear the phrase “spa town.” I think fancy upscale hotels, plush bath robes, insanely expensive food, and lots of treatments that involve mud.

What I don't necessarily think of is this:

But Bath, a small town in the southwest of England, IS technically a spa town.

It's just a spa town that was a spa town before health spa breaks were even a thing. 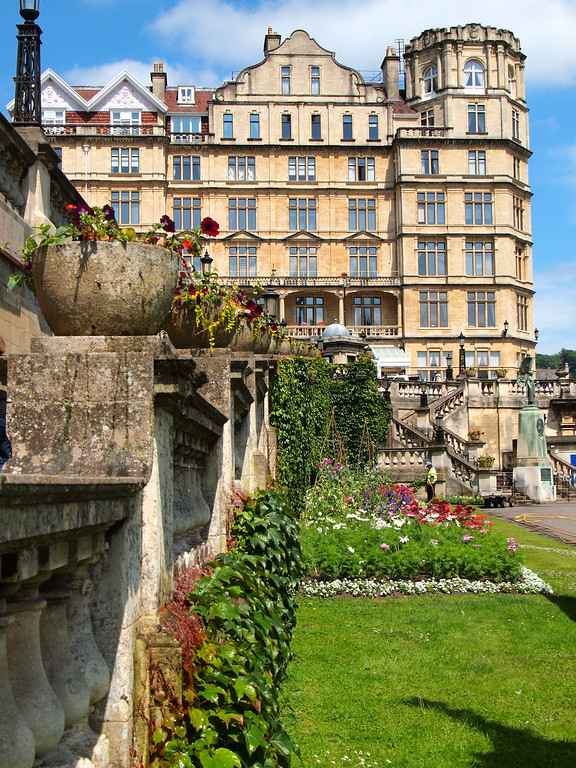 The history of Bath

Bath as a city has a long history that stretches back nearly 2,000 years. Around the year 60 AD, the Romans (who had come to Britain in 43 AD) built the first settlement in the area, known as Aquae Sulis (“the waters of Sulis”).

It was built around a natural hot spring, which had probably been known and used as a shrine to the gods long before the Romans came along.

Because of the naturally-flowing hot water under the ground, it's no surprise that the Romans built a large bath complex here. And it's that complex that helped make the town so desirable. 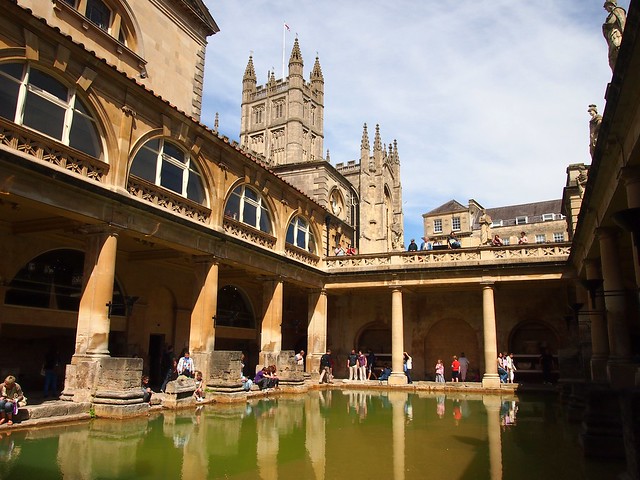 Today, Bath is much more than just a spa town, though. People visit because of its parks, its theater scene, and the fact that its Georgian streets earned it a UNESCO World Heritage Site recognition in 1987.

But the Roman Baths in Bath are still the major draw of the city — just for historical reasons instead of practical ones these days.

Visiting the Roman baths in Bath

No visit to Bath can be complete without a visit to said bath complex. It might sound kind of boring from the outside, but it's actually fascinating on the inside. Get an audio guide, and I dare you to spend less than 2 hours exploring.

The bathing complex contained the usual “spa”-type things — hot and cold baths, saunas, etc. But it also included a temple. The temple was actually built first (between 60 and 70 AD), and the rest of the bath complex was gradually built up around it over the next 300 years. (Yes, these are old baths.) 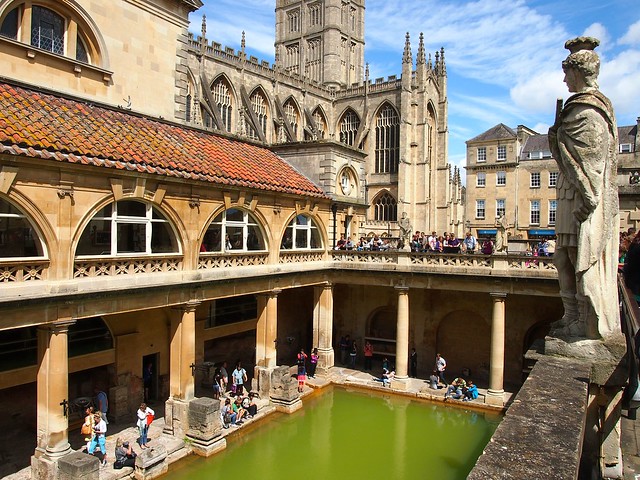 Today, a visit to the Roman Baths in Bath consists of four main things to see: the Sacred Spring (from which the naturally hot water still bubbles), the Roman Temple, the Roman Bath House, and a museum that holds things that have been found in the complex.

Really cool things to see inside include:

The statues of Roman Emperors that line the upper level of the bath complex. 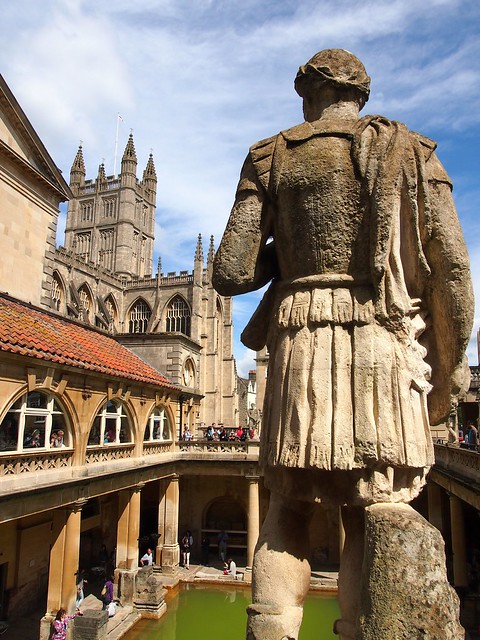 A Gorgon's head. (Still not entirely sure why this is so important, but it had a whole room to itself, and DOES look pretty cool.) 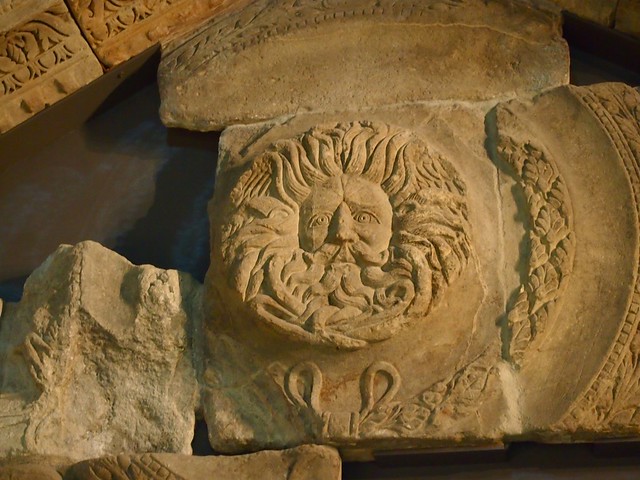 The ancient drain inside the complex (seriously, how amazing were ancient Roman engineers?). 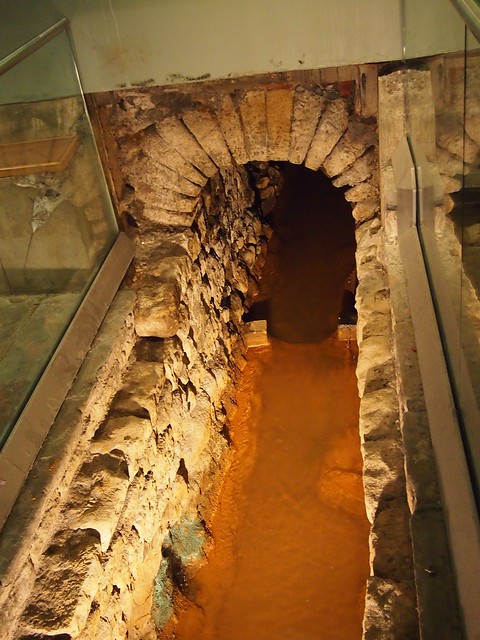 Curse tablets that have been found — these would be used to (usually) report thefts, asking the goddess Minerva (the Roman equivalent of Sulis) to exact punishment. 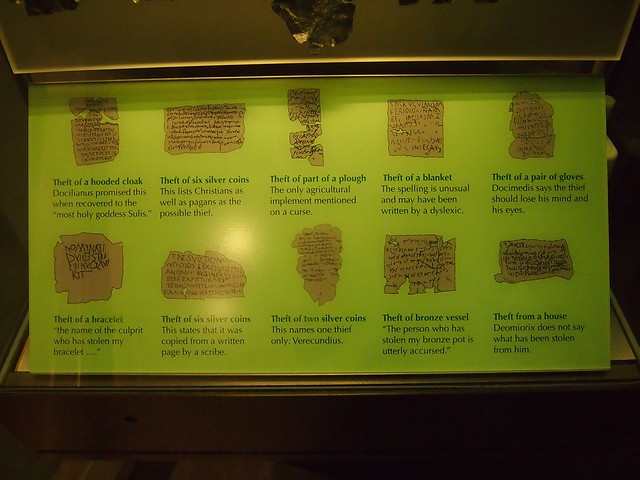 The museum also holds ancient stonework, cookware, and more than 12,000 Roman currency coins, which were probably thrown into the Sacred Spring as offerings to the goddess.

If you visit, though, just remember one thing: these baths are NOT for bathing anymore! The water is a noxious sort of green, and definitely not healthy to touch anymore, let alone bathe in. But it sure does look cool, doesn't it? 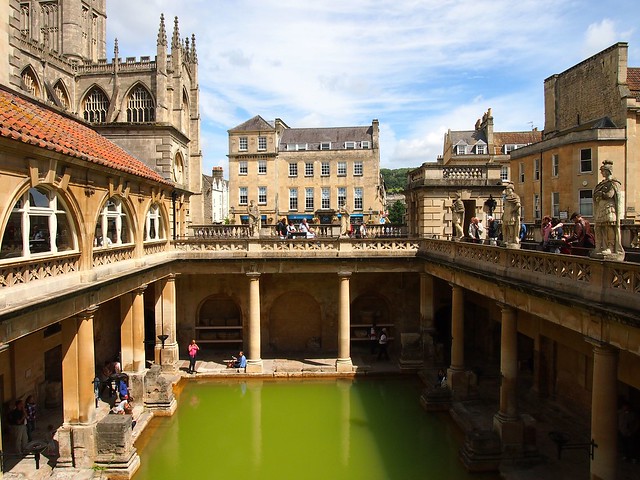 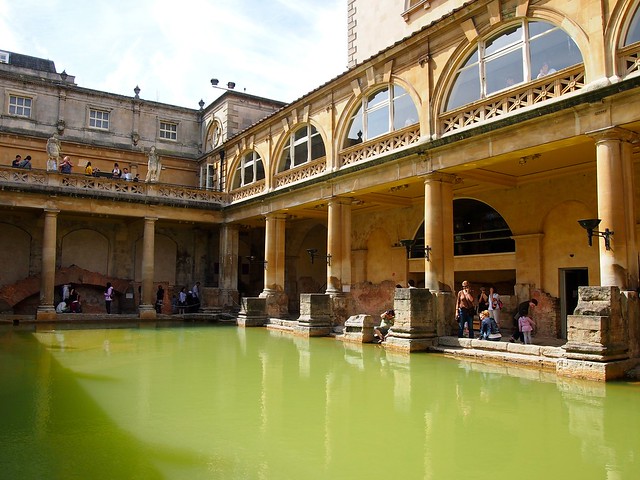 Other things to do in Bath

While the Bath's are the city's #1 tourist draw, they are far from the only thing to see in Bath.

Other things to do in Bath include:

Bath is a popular day trip from London, often combined with visits to other famous sites. Some Bath tours to check out include:

Have YOU ever visited Bath? If not, would you like to? 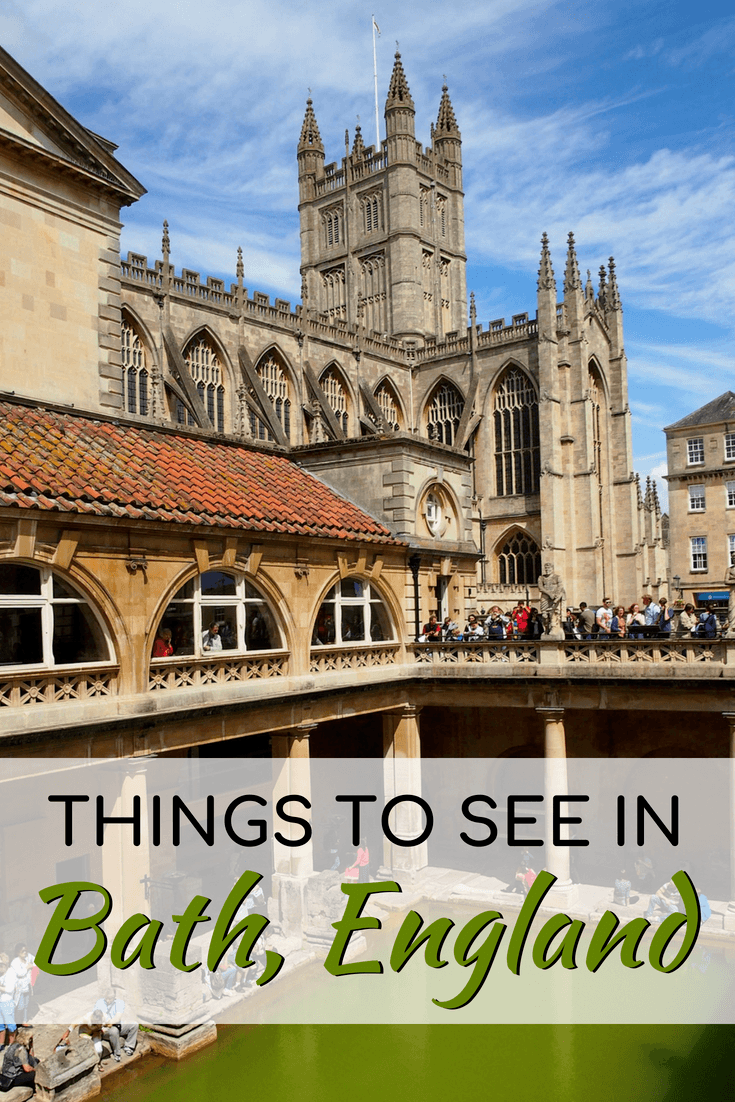 16 Comments on “Soaking Up History in Bath, England”