Travel in the Time of Zika: How to Avoid Mosquitos on the Road

Home » Travel Tips » Travel in the Time of Zika: How to Avoid Mosquitos on the Road

I grew up on a Christmas tree farm in rural northeast Ohio. The type of environment where summertime brings humid weather, bullfrog song, fields of fireflies – and tons of mosquitos.

But when I was younger, nobody was afraid of a mosquito bite. We used bug spray occasionally and might set up a citronella candle or two if we were going to be sitting out late in the yard. But nobody was truly *afraid* of mosquitos.

As I've gotten older, though, mosquitos have gotten a lot scarier. And, as a frequent traveler, I've never been more aware of all the mosquito-borne diseases that I could be catching than I am right now.

Earlier this year, the CDC concluded that Zika can not only lead to cases of Guillain-Barre syndrome, but also can cause microcephaly in babies whose pregnant mothers contract the disease. (Oh, and it can also be sexually-transmitted.) Other mosquito-borne diseases are nasty, but this one can affect someone other than just the person who contracts the virus – which makes it that much scarier.

How to avoid Zika and other mosquito-borne diseases

The Zika virus originated in Africa, but is now endemic in Central and South America. There, cases have risen exponentially in the last two years, and experts expect the disease to spread into North America and possibly even Asia before long.

So how do you avoid something that is found in so many parts of the world?

Well, if you're pregnant or trying to become pregnant, you may want to avoid traveling to places where Zika virus is known to be found (for Americans, check out the CDC site). Consider traveling to Europe, or perhaps Australia/New Zealand, where you don't really have to worry about any mosquito-borne illnesses.

But what about the rest of us? Avoiding entire continents just because of mosquitos definitely limits travel options.

I'm not a doctor, but I HAVE traveled a lot – including to places where there are a lot of mosquitos. And there is only one surefire way to avoid any mosquito-borne diseases: do not get bitten by mosquitos.

This, of course, is much easier said than done. And if you visit a doctor who gives you this advice, you're likely to laugh in his/her face. Mosquito bites are going to happen, especially if you visit balmy areas near water.

So the next-best advice is two-fold:

Going to go somewhere with disease-carrying mosquitos? Chances are you are, since these buggers are virtually everywhere. Here are some things you might want to consider buying for your next trip:

Mosquito repellent is probably the easiest thing to purchase to ward off bites, and it's generally pretty effective. Some options to consider include:

DEET-based repellent – DEET is arguably the most effective in repelling mosquitos, but be aware that some won't be deterred by the low-percentage DEET sprays that you can find in the States. For my trips to the Amazon and Africa, I ended up buying a roll-on DEET stick and a 98% DEET spray. The downside is that DEET eats through plastic, nail polish, and a lot of other things, so you don't want to get it on your clothes or gear. (It also worries me – what is it doing to your skin if it can eat through plastic??) My pick: Sawyer Products Premium Maxi-DEET Insect Repellent

Picaridin repellent – While not as strong as DEET, Picaridin is still very effective against all sorts of biting bugs. It also doesn't stink like DEET, and is safe to spray on your clothing/gear, making this my top pick for bug repellent. My pick: Sawyer Premium Picaridin Repellent 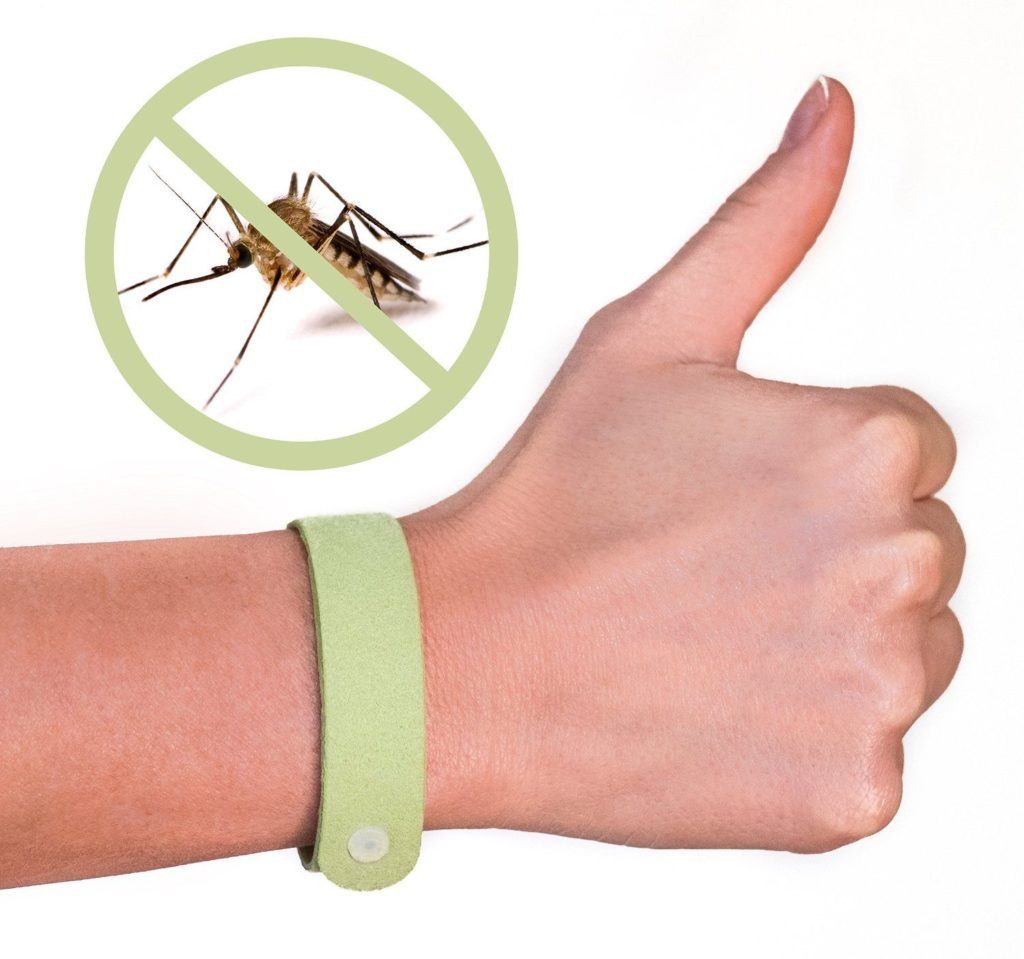 Even though I travel with bug spray, I don't like to rely on it entirely – because it's never 100% effective, especially if you forget to re-apply it. So in addition, it's always a good idea to cover up as much as possible in buggy destinations. This can be difficult, though, especially when you're in really warm climates.

I discovered the ExOfficio Bugsaway jacket earlier this year before a trip to the Ecuadorian Amazon and immediately ordered it. Not only is the jacket treated with a mosquito repellent, but it's also made mostly of lightweight mesh, meaning I wasn't sweating like crazy while wearing it in a humid climate. I took it with me to Southern Africa this year, too, and I'm happy to report that I did not get one single mosquito bite while wearing it. In Ecuador, I wore it in conjunction with bug spray, but in Africa I often would throw it on at night without any bug spray on my arms underneath- and still no bites! It also kept away pesky sandflies. My pick: ExOfficio Bugsaway Damselfly Jacket (they also make a men's version here)

ExOfficio also makes mosquito-repellent pants as part of their Bugsaway line (other outdoor brands also make them). The fabric is treated with repellent and is usually good for up to 50+ washes, and will give you that extra piece of mind when outside around bugs.

Alternatively, you could buy your own Permethrin spray and treat your clothing yourself. Permethrin is said to be just as effective as DEET, but is made specifically for clothing. It won't damage fabric or leave stains, and one good spray should last up to 6 washes. My pick: Sawyer Products Premium Permethrin Clothing Insect Repellent Spray

Want to be protected EVEN MORE? You could also invest in one of those uber-attractive mosquito head nets that fit over a hat. I've never used one myself, but my dad frequently does when he's out fishing. If you're really concerned about mosquitos, I suppose every attempt to avoid them is worth trying!

When traveling in mosquito-filled places, it's always smart to sleep with protection, too. If you stay in a hotel in this type of area, chances are your bed will already come equipped with a mosquito net. But if you stay in a cheap hostel or are camping, one may not be provided. In this case, it's never a bad idea to buy your own mosquito net. They are lightweight and shouldn't take up too much room in your bag, so why not be protected? There's even a cool pop-up version you could check out. Tip: Whether you are using a hotel mosquito net or your own, you should travel with a little bit of duct tape to repair any holes. (Plus, duct tape is just good to have in general!)

READ MORE: Zika outbreak: What you need to know

Buy some of the things featured in this post:

Do you have any more go-tos for avoiding mosquito bites on the road? 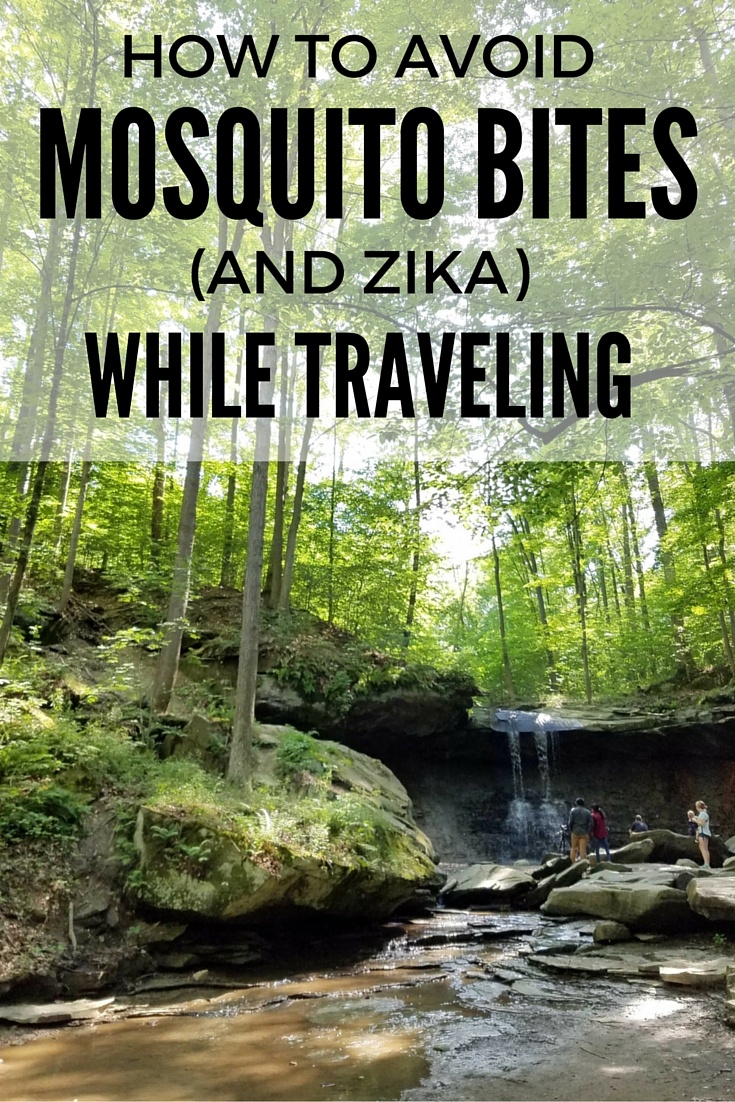 32 Comments on “Travel in the Time of Zika: How to Avoid Mosquitos on the Road”