And Then Everything Changed

Home » Travel Writing » And Then Everything Changed

I got mixed reactions when I told my friends and family that I was going to Europe on my own for 2 months.

Reactions ranged from “You're going to have such an amazing time” to “You're going to die.” I was inclined to agree more with the first group, of course — I had no doubt the trip would be amazing (and it was). But I didn't necessarily have any predictions then about what would happen after the trip.

No one ever thinks about that niggly little “after” part. 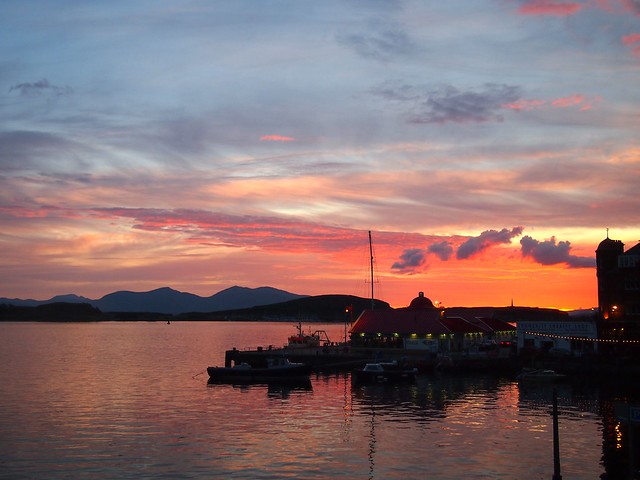 I've never traveled for more than a couple of weeks at a time before, so 2 months initially seemed like an eternity to me. Before this trip, I was convinced that I was built for shorter stints abroad; I never looked at long-term, round-the-world travelers with envy or longing because I was convinced that the nomadic lifestyle was not for me. I didn't even know if I was cut out for solo travel, to be honest.

So I assumed that, at the end of 8 weeks alone on the road, I'd be more than ready to return home to my comfy mattress, cable TV, closet full of clothes, and friends and family in northeast Ohio.

But over the course of those 8 weeks, something changed.

I'm not sure when or where or how exactly it happened. But, somewhere along the way, my attitudes about long-term solo travel changed. Somehow, I fell in love with it. I fell more in love with travel, if that's possible.

This summer, I did a lot of things I thought I didn't like. I spent many nights in shared hostel and hotel rooms with people I didn't know. I put up with snoring roommates. I got used to going to bed sweaty every night because there was no air conditioning and it was 90 degrees outside. I wore a sunhat. I gave up on wearing make-up. I bought train tickets on my own in a country where I didn't speak the language. I carried an actual backpack. I wore the same (sometimes dirty) clothes for 2 months. I stopped making plans. I got lost, found my way, and got lost again. I quit worrying about what would happen “later.”

I was living in the moment, and loving life.

It was in Scotland, I think, that it finally hit me that something was different. It was past 1 a.m., and I was half-wearing a kilt over my clothes and dancing on a table in a hostel bar near Loch Ness. I hadn't had a drop of alcohol, but instead was drunk on something else — the energy, the people, maybe just the feeling of being alive.

An Australian girl in my tour group looked up at me in between songs and just said, “You're a legend. You're not even drunk but you're having so much fun.” And I was. I was having more fun than I'd had in a long time.

It scared me a bit at first. This wasn't me, I thought. At least, it wasn't the me I recognized or thought I knew. And yet it was a me that I liked. A me that, somewhere between Istanbul and Glasgow, had come alive, become more adventurous, and fallen head over heels for long-term travel.

When it came time for me to board my flight home a week later, I did so nearly in tears. Yes, there had been some ups and downs throughout the 8 weeks, but I genuinely didn't want the summer to end. I wasn't ready to go home.

As I sat aboard that flight, editing photos and drafting up the beginnings to some new blog posts, I was also subconsciously doing something else — I was already plotting in my head how and when I could get back out on the road. I was scrabbling desperately to hold onto my travel high, not ready to let it slip away.

People say that it's not a place that changes you. And it's true. I could have gone anywhere for 2 months, and probably felt the same way. Instead of the place alone, I think it's a mixture of the place, the people, and the chance to be completely at your own mercy that allows you to change yourself. 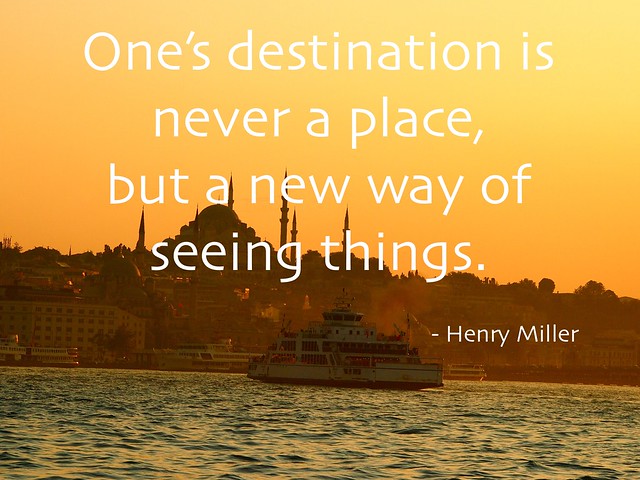 I didn't think I had a lot of changing left to do before this trip; I assumed that I'd gotten all of that out of my system years ago.

And yet, here I am, back in Ohio, feeling different and questioning everything.

There's a Tolkien quote that I think is appropriate here:

“How do you pick up the threads of an old life? How do you go on, when in your heart you begin to understand there is no going back?”

The context of the quote is not quite right (and it's a bit melodramatic), but the sentiment, I think, is spot-on. I may have only been away for 8 weeks, but in some ways it does feel like I'm now trying to return to an “old life.” A life I'm not sure I fit into anymore.

It's both sad and exciting at the same time. It's sad because it means I've had to make some tough decisions and say at least one difficult goodbye. But it's exciting because I know now — for certain — that there are better things to come. 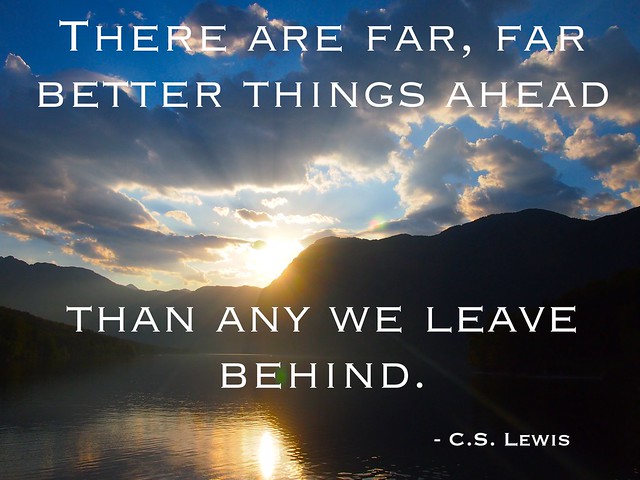 Before this trip, I knew I wanted to travel. But I don't think I knew just how much I wanted it. Now that I know, though, it's going to be full-steam ahead.

I'm taking the events of this summer as a sign from The Universe. A sign that THIS is what I'm meant to be doing.

Have YOU ever had a life-changing, eye-opening travel experience?

104 Comments on “And Then Everything Changed”