It's not hard to be charmed by the little French-infused coastal town of Akaroa.

With it's numerous cafes, its stunning location, and its French flair, Akaroa is the definition of a quaint, charming seaside town. I know those two words – “quaint” and “charming” – are never supposed to be used in travel writing… But in this case, I think they absolutely fit. 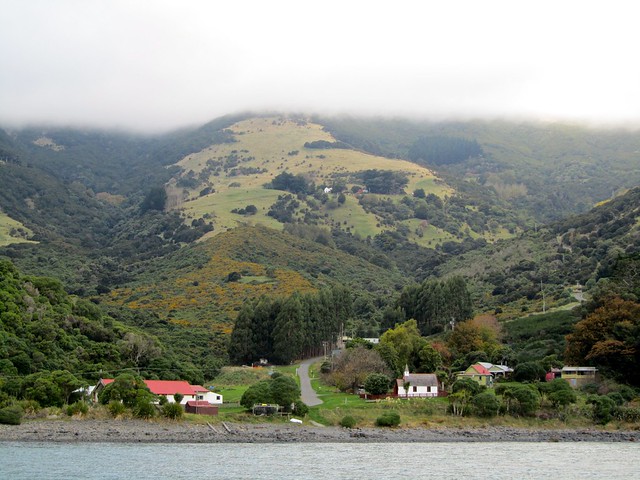 Situated on the edge of a sheltered harbor on New Zealand's Banks Peninsula, Akaroa is surrounded by green-swathed volcanic hills which you drive through to reach the town. Add these green hills to the blue waters of the bay and nearby sea, and you have a pretty spectacular backdrop for a town. 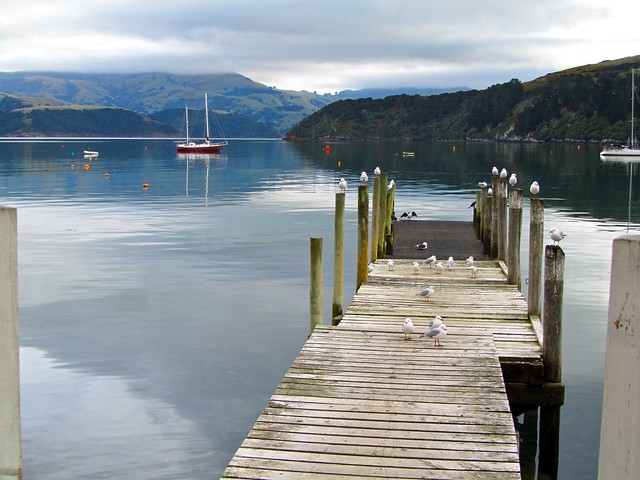 Akaroa is very much a resort town, with a local population of only a few hundred. In the warm summer months, however, the town's population can rise to more then 7,000 because of the tourists who come to stay.

Since I was visiting the town on an overcast autumn day, there weren't many tourists to be found. In fact, there were only five people booked onto my French Connection shuttle to and from Christchurch, and less than two dozen booked on the Black Cat harbor cruise I went on in the afternoon. 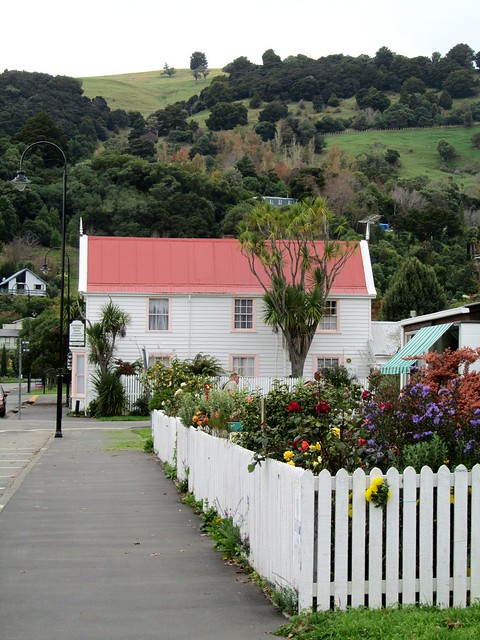 Along with the coming winter months (when tourism drops off anyway), Akaroa has also been severely affected by the drop in tourism to the Canterbury region following the February earthquake that rattled Christchurch. While it's true that aftershocks can still be felt in the city, the Banks Peninsula has not been physically affected at all.

Bottom line – if you're considering a trip to Akaroa, DO IT. Don't skip it or remove it from your plans. It's well worth a day trip. 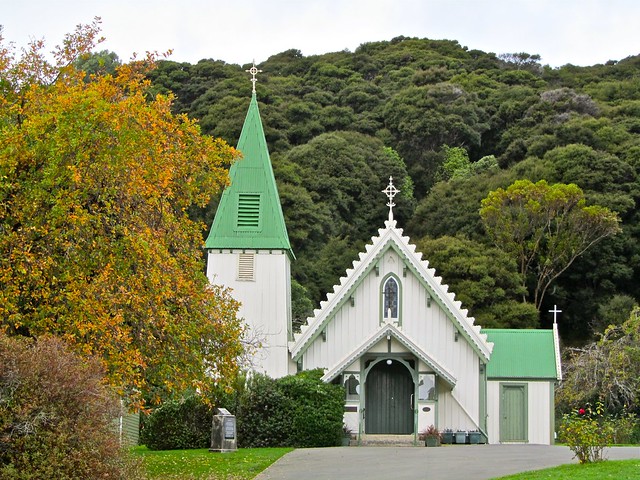 The town of Akaroa is not a very big one. It has essentially one main street that runs along the bay, where small boats bob around in the water that the small, rare Hector's dolphin calls home. 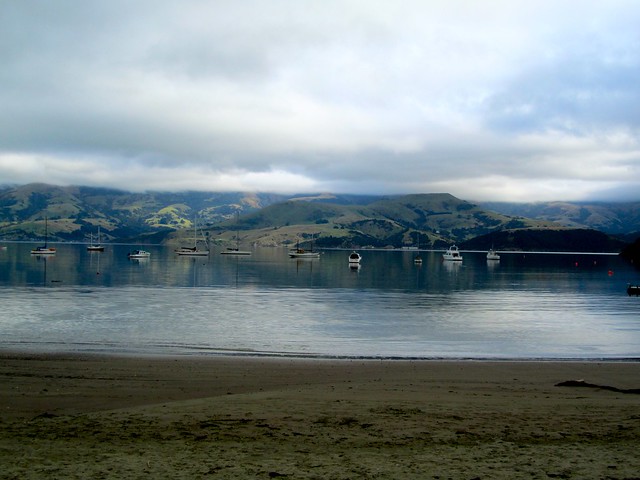 While “officially” claimed by the British, Akaroa has a distinctly French flair to it, with French flags waving in many windows and all the streets bearing French names.

There are not, however, many traditional French restaurants in Akaroa. A French girl and I ended up having fish and chips at a little locally-owned restaurant called the Trading Rooms (which I highly recommend). 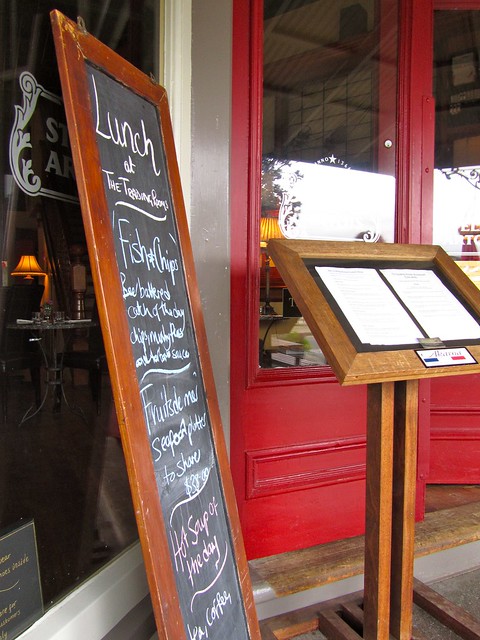 There are many such cafes and little restaurants around the town, though the majority of its colorful buildings are set aside for lodging – from motels to hostels to rental apartments to B&Bs. Most of these were sporting “vacancy” signs in the fall, but, in the summer, many would normally be full. 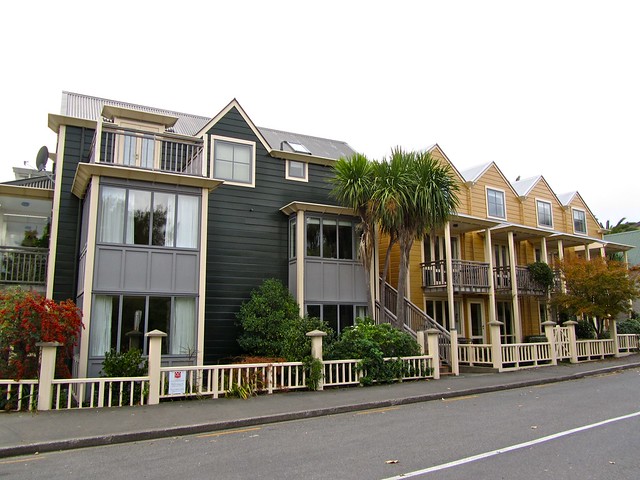 Since it's now the low season, Akaroa was quiet and even a bit sleepy when I visited. Walking around the nearly-empty streets, I almost felt as though I should be whispering so as not to disturb the peaceful atmosphere.

But this wasn't a bad thing. 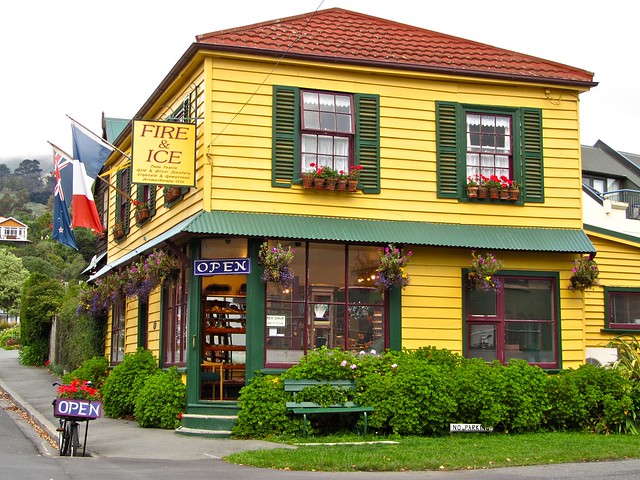 Sometimes when you travel, it's refreshing to visit a place like Akaroa. I personally can't recommend it enough. 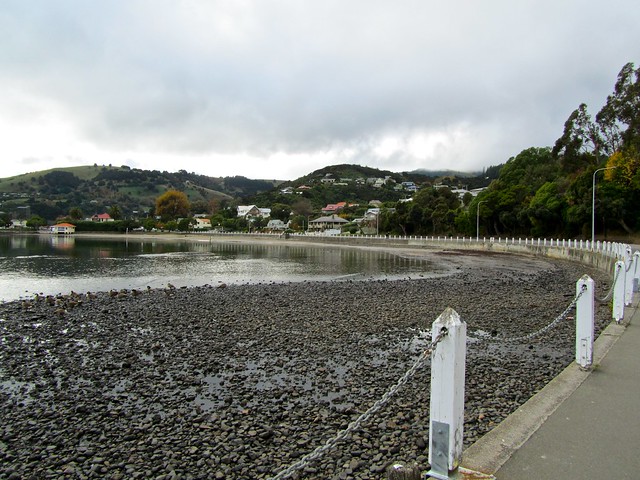 Next up: Cruising around Akaroa to find Hector's dolphins!