A Tale of Two Capitals: Bucharest and Sofia

Sometimes while traveling, you visit a city that is so beautiful, so charming, or so alive with culture and atmosphere that you can't help being fascinated by it. It's the sort of city that makes you daydream about uprooting your life back home and moving halfway around the world; the type of city that you can't stop telling people about.

It's the kind of city that you fall instantly in love with.

Well, neither Bucharest, Romania nor Sofia, Bulgaria are that kind of city. 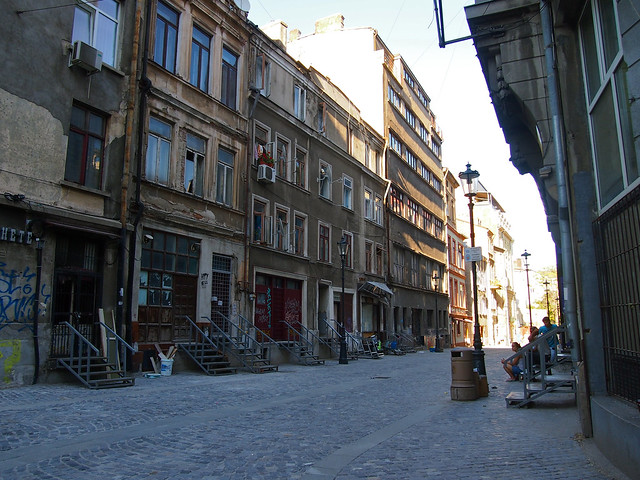 Neither one of these former-East Bloc capitals is likely to win any beauty contests. They probably have no prayer of getting that Miss Congeniality award, either.

In fact, upon first glance, Bucharest and Sofia are downright ugly cities.

Crumbling Communist-era buildings tower over shadowy streets. Gaudy palaces and cathedrals glint in the harsh summer sunlight. And the grey-beige color scheme? Let's not even go there.

In short, these are not the cities that you are likely to fall instantly in love with.

But that doesn't necessarily mean that you should completely write Bucharest and Sofia off.

Instead, you just have to give them a little time to show you their true colors.

Bucharest and Sofia are kind of like strong wine or cheese — they're an acquired taste that not many people like immediately after the first try. But, underneath that initial unpleasantness, there are interesting flavors and notes to discover and enjoy.

Bucharest was an assault on the senses — mostly my senses dealing with heat and humidity. We arrived in Romania's capital in the late morning, and the city was already BOILING. It only got worse after lunch, and I was drenched in sweat by the time we made it to the Palace of the Parliament — Nicolae Ceausescu's gaudy palace that was never finished in his lifetime.

I was already disliking Bucharest, and wasn't sure it could be redeemed.

But then I took a stroll through shady Cismigiu Gardens, where people were renting canoes and paddle boats and kids were bouncing around on a new playground. And then I took a walk around the city's revived Old Town, with its never-ending string of cute cafes and bustling evening atmosphere. 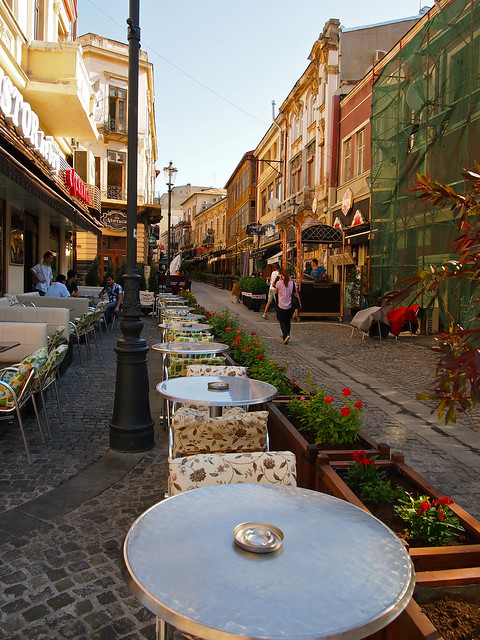 And by the time I'd met up with a friend for dinner at a nice (and cheap) restaurant that evening, I was starting to regret judging Bucharest too hastily. 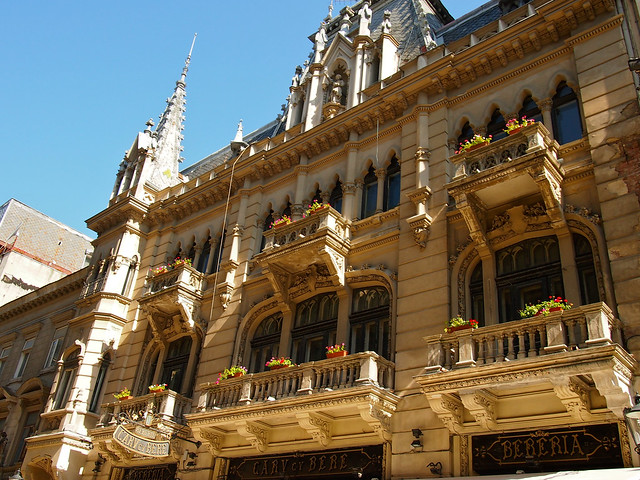 The next morning, during a 3-hour walking tour of Bucharest with Walkabout Free Tours, our young local guide succeeded in convincing me that Bucharest did indeed deserve a second chance. Yes, the Palace of the Parliament is ugly. And yes, traces of Romania's communist days are still painfully present. But there's more to Bucharest than just Revolution Square. 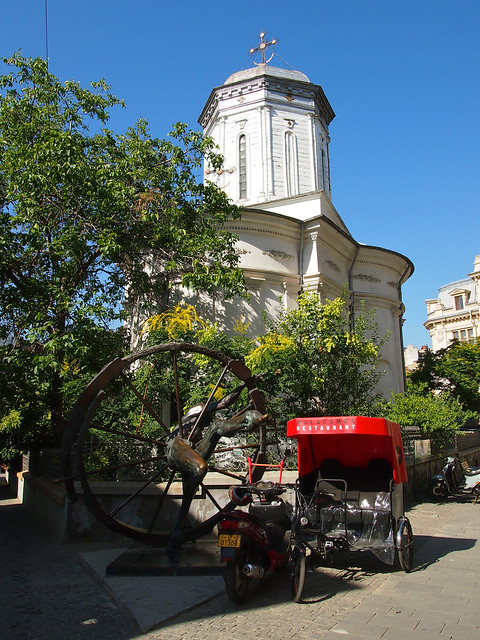 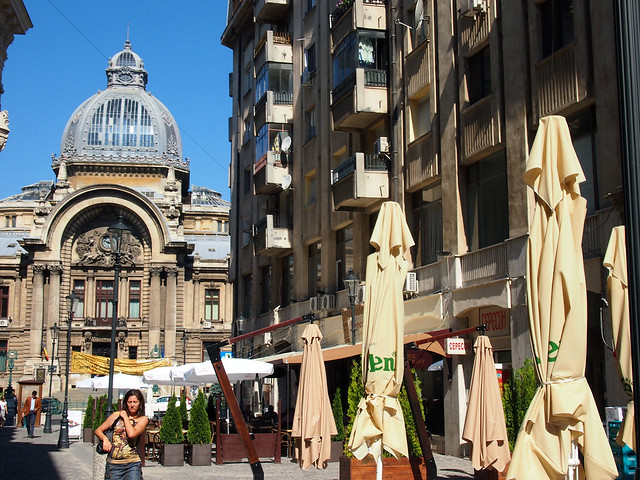 Or a beautiful monastery in the middle of the city. 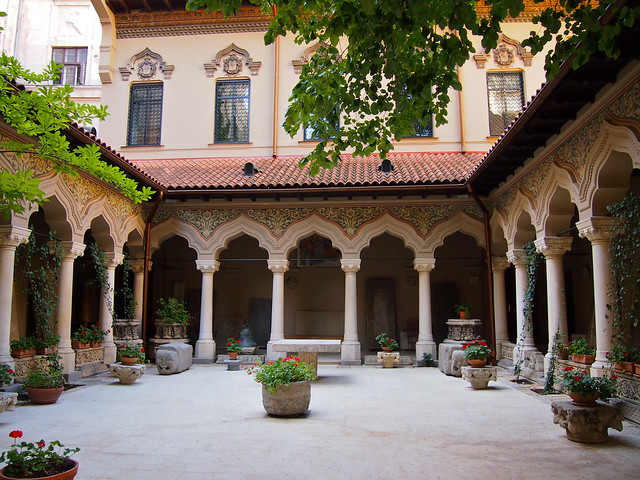 Or a modern transport system waiting and ready to serve tourists. 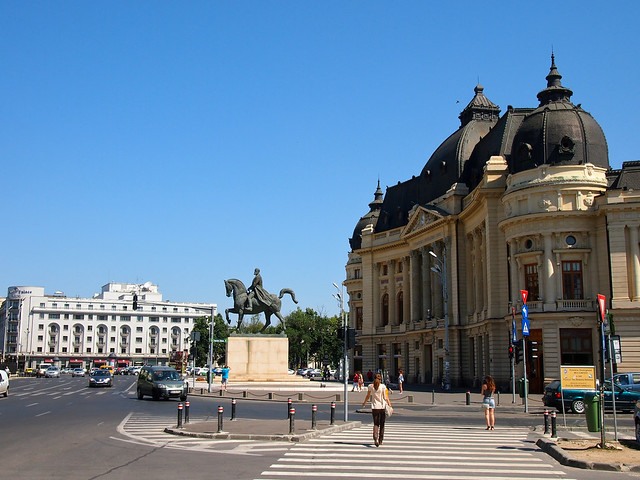 And yes, there's Revolution Square, too, as well as the history related to it. I can't claim to be an expert on the fall of communism in Romania (and, in fact, many say it hasn't truly fallen at all), but I will say that I learned a lot as our guide shared his recollections and opinions of the events of 1989 with us.

I left Bucharest understanding how one could grow to love it — or at least like it quite a bit.

After my experience in Bucharest, I went into Sofia with less reservations. Yes, this was another post-communist capital in an even poorer country. But, if Bucharest taught me anything, it's that you really can't judge a city by its exterior, or by its past.

And Sofia turned out to be better than I was expecting. 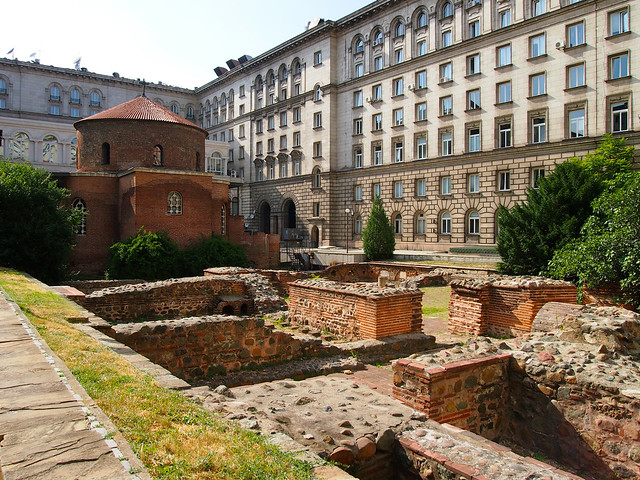 Yes, it was still ridiculously hot. And no, Sofia isn't a particularly wow-inducing or pretty city, either. But with free walking tours, a lot of Roman history, and some delicious food, I found myself warming to Sofia nonetheless.

I loved the gorgeous Alexander Nevsky Cathedral and its impressive collection of religious icons. 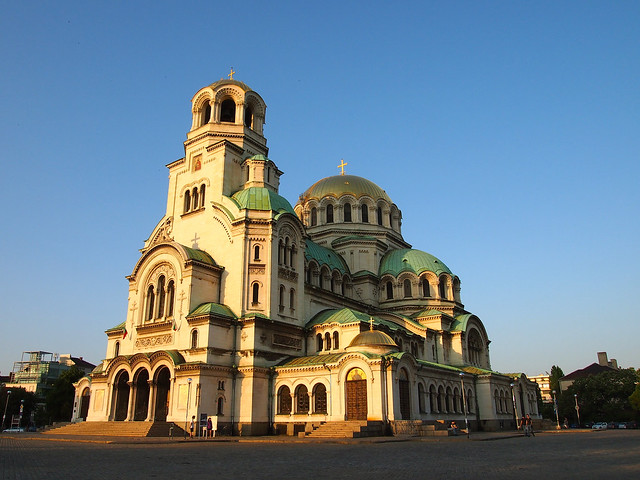 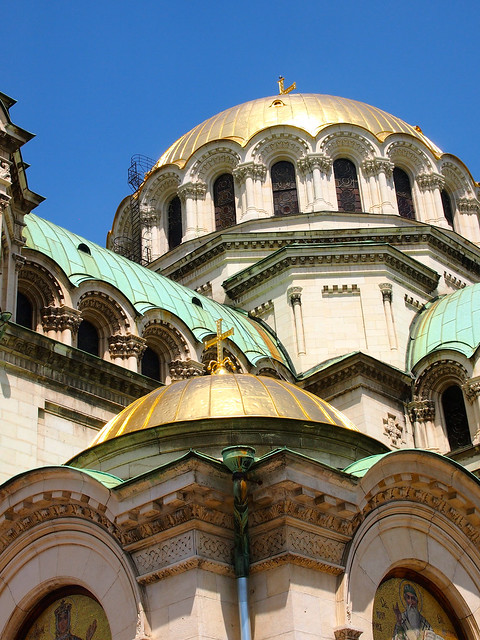 The Archaeological Museum was fascinating, too, detailing Bulgaria's long and rich history. 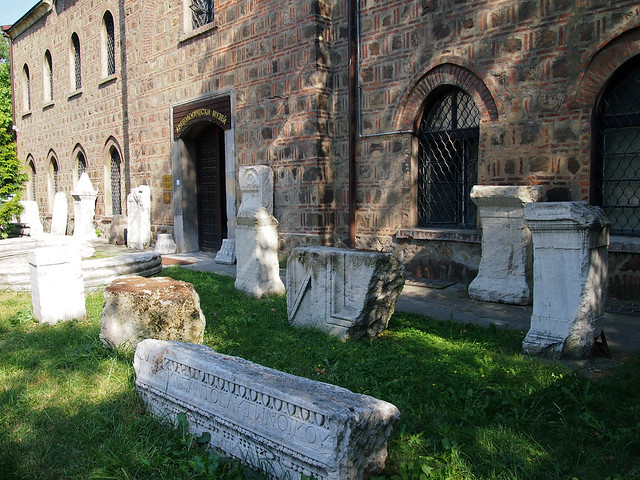 And who doesn't love a pretty theater in the middle of a big, green park? 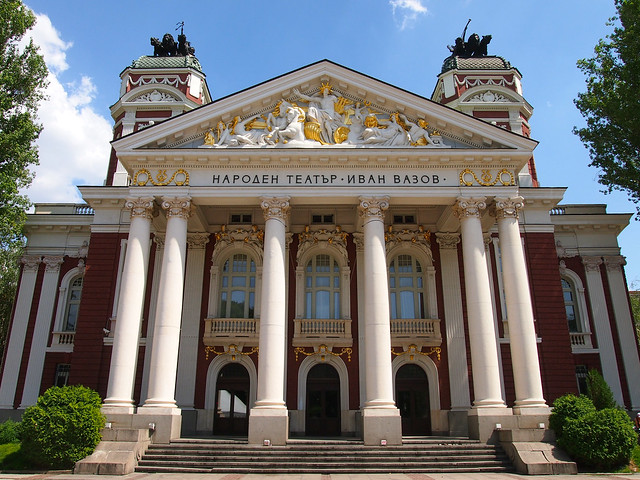 It's easy to understand how these cities have developed their drab stereotypes. And, to some extent, the stereotypes ARE true.

But, just like with any destination, a stereotype is just that — a stereotype, and not necessarily the complete truth.

Thankfully, I got a glimpse behind the grey exteriors of Bucharest and Sofia.

And you know what? They aren't half bad.

Have you visited any post-communist capitals? If so, what were your impressions? If not, would you want to visit?

*Note: I visited both of these cities as part of a complimentary 18-day “Explore Eastern Europe” tour with Intrepid Travel. But all opinions, as always, are entirely my own.

51 Comments on “A Tale of Two Capitals: Bucharest and Sofia”