Things I Love (and Hate) About New Zealand

From time to time, I get asked, “So why New Zealand?”

People are curious as to why I'm so passionate about this little South Pacific country. They want to know what it is about this place that I love so much. And while I can gush about it forever, I realize that I've never actually written about all the reasons I love New Zealand.

So let me count the ways… 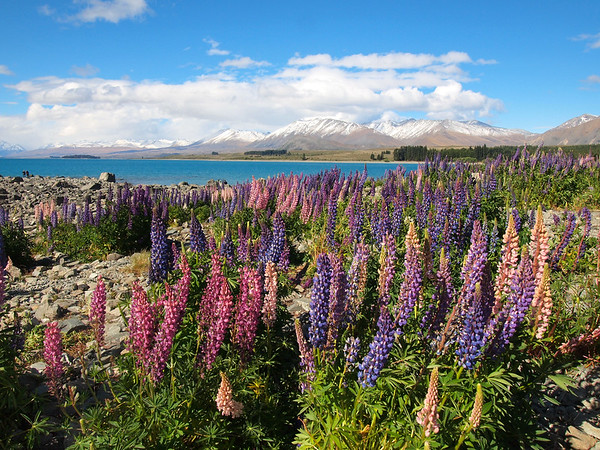 But wait. While there is indeed a lot to love about New Zealand, it's by no means perfect (though it certainly can appear that way!). Just like a spouse or significant other whom you love, New Zealand also has its faults, and I've gotten to know those over the years, too.

So while I could just focus on the good, I also want to acknowledge the not-so-good.

I LOVE New Zealand's breathtaking scenery. For such a small country, it really does pack a punch. Nearly every type of landscape is represented here, from beaches to rolling hills to volcanic deserts to mountains to temperate rainforests. You can hop in a car, drive for an hour or two, and feel like you're on a completely different planet. Other countries around the world may have diverse landscapes, but I've yet to find one that takes my breath away quite like New Zealand. 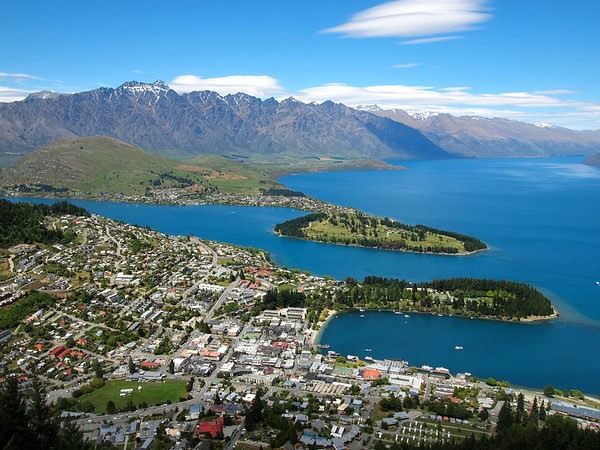 I LOVE how eco-conscious New Zealand is. Electric trolley buses. Half-flush options on toilets. And more scenic preserves than you can shake a stick at. New Zealand is clearly aware of what is has to offer, and is also aware that steps need to be taken to preserve it for future generations.

I HATE how far away New Zealand is from everything. While some might say that this is a good thing — that NZ is probably the least likely country to ever be targeted by a nuclear missile, for example — it's not exactly easy to get to. Perhaps the country is so eco-friendly because they realize how huge the carbon footprint is of any visitor flying in from… well, anywhere. I love you, NZ, but I do not love that it takes me roughly 24 hours of travel time to get to you, and such a long haul flight.

I LOVE Air New Zealand. I suppose that if I'm going to be stuck on a 12-hour flight, there could be worse airlines to be stuck on. I've always found the flight crew on Air NZ flights to be friendly and helpful, and the airline certainly has a good sense of humor. They also are highly involved in social media, which I love.

I HATE New Zealand's lack of good Internet. Perhaps this could just be chalked up to NZ being so far away from everything (Australia suffers from a similar plight), but good luck finding a strong, cheap Internet connection in this country. One would think that a modern, developed country like New Zealand would be up-to-date on things like wifi. But it's not so. Internet here is often slow, and never free. The ridiculous prices for wifi in hotels and hostels might be my biggest pet peeve about New Zealand.

I LOVE how easy it is to travel in New Zealand. Crappy wifi aside, it's really quite easy to travel around NZ. Domestic flights are cheap, you can score bus tickets for as little as $1, and the country has a great hostel system. Or, of course, you could rent/buy a campervan and see New Zealand on your own terms, too.

I LOVE New Zealand's cool native fauna. Despite being close in proximity to Australia, the Land of Things That Can Nastily Kill You, New Zealand lucked out with its native animal life. Devoid of poisonous bugs, venomous snakes, or deadly jellyfish, New Zealand was gifted with mostly adorable flightless birds. The only mammal native to this country is actually a small bat, so many of the native bird species evolved without the ability to fly, since they had no natural predators. Unfortunately, many of these birds are now endangered (or even extinct), thanks to introduced mammals that the Europeans brought over — which I hate.

I LOVE the New Zealand accent. Some people find the Kiwi accent annoying. But this weird jumble of British, Scottish, Australian, and who knows what else is actually one of my favorite accents in the world.

I LOVE New Zealand's Maori heritage. The South Pacific is full of interesting native cultures, and NZ is no different. The country largely embraces its Maori heritage, with cultural offerings all over the country, “Maori language week” once a year on TV, and an officially bicultural existence, with Maori being one of the country's official languages. The NZ national rugby team, the All Blacks, even performs a Maori haka (war dance) before each match.

I HATE the racism present in New Zealand. People don't often like to talk about it, especially since the country makes such an effort to be bicultural, but there's a lot of racism here, both against native people and more recent immigrants. Maori are usually the ones who are unemployed and underrepresented, whether it's in the government or in New Zealand television and film. And this is often coupled by not-so-subtle racism against certain nationalities, which I often personally witnessed while living with university students in Wellington and traveling around New Zealand. As much as I would love to pretend not to notice it, the truth is that it's still there, just like in every other country around the world.

*Note: I've had a lot of people blast me for this one in the comments, but I don't care. New Zealanders CAN be very racist and very unaccepting of other cultures, just like people in my own country are. This is my opinion, based on my personal experiences living with Kiwi university students for 5 months in Wellington and traveling around the country on multiple occasions over the span of more than 10 years. The point of my blog is not to sugarcoat things; I'm going to tell it like it is, even if some people don't like the things I'm telling. Do I think racism is a huge problem in NZ and that you should avoid going there? Certainly not! I'm just making note that it IS there. No place is perfect.

I LOVE the people in New Zealand. Don't let the above comment lead you to believe that I don't love the people in NZ, though. Because I do. I really do. They are, overall, some of the warmest, friendliest people I have ever met, and they seem to truly enjoy chatting with travelers.

I LOVE the “no worries” attitude in New Zealand. Overall, Kiwis have a pretty good attitude. Here, people don't obsess over working themselves to death in order to make a few extra dollars — they work enough so that they can enjoy their beautiful country and their families on the weekends. Life moves at a slower pace in this part of the world, and the “no worries” attitude that is so engrained in NZ society is one of my favorite things about this country. It's what I think changed me the most after having lived there for a few months. Now, of course, if something urgently needs to be done, this could easily turn into a “hate”…

I HATE the fact that I never want to leave New Zealand. Every time I visit this country, it gets harder and harder to leave. I actually cried last time I had to say goodbye. There's just something about New Zealand that has taken hold of my heart. And I don't think it's ever going to let go.

Have you ever been to New Zealand? If so, what did you love and hate about the country?

144 Comments on “Things I Love (and Hate) About New Zealand”