My Travels From A to Z

Home » Travel Writing » My Travels From A to Z

By now, I've been nominated to fill out this self-interview by no fewer than four other travel bloggers. So I guess it's about time I publish it so you can learn a little more about me!

A: Age you went on your first international trip:

You know, I'm not really sure. Sometime in middle school I went with my family on a cruise to Key West, Florida, and Cozumel, Mexico. In 7th grade (age 12 or 13) I went to Toronto, Canada, on a class trip. And the next year I went with my family to the Bahamas. But, seeing as how you never used to need a passport for those sorts of trips, I associate my first “real” international travel experience with a trip I took right after I graduated high school, at age 18. Just a week or so after my graduation party, my mom and I boarded a jet bound for New Zealand. And nothing has been the same since!

B: Best (foreign) beer you’ve had and where:

I'm going to be lame here and admit that I've never drunk beer abroad (unless you count a sip of Bulmer's in Ireland). I don't drink at home, so drinking abroad never really happens either…

Hands-down, Italian. Growing up with an Italian grandpa, I was basically raised on pasta and pizza. 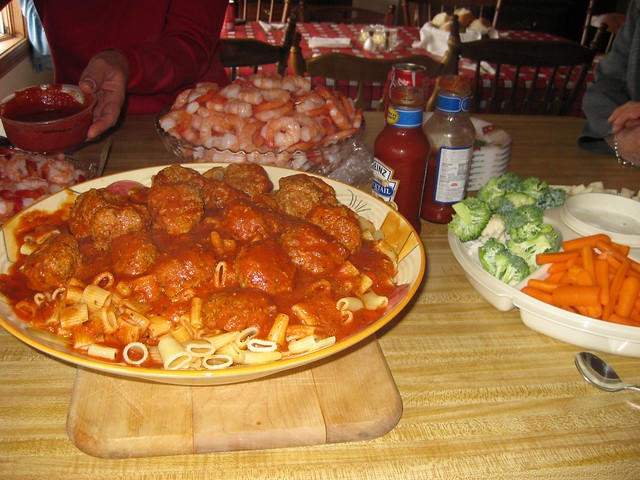 Anybody who knows me knows my favorite destination — New Zealand! I can't get enough of that little South Pacific country. And as for my least favorite… well, I haven't found one yet. I generally always try to see the positives in places, rather than focusing on the negatives. There's not one place I've traveled to that I wouldn't go back to if given the chance.

E: Event you experienced abroad that made you say “wow”:

Being woken up at 3:30 a.m. to a 5.3-magnitude earthquake shaking the house I was staying in in Christchurch, New Zealand. This was just 3 months after a large quake shook the city to the ground, and just hours after I had been chatting with my hosts about their earthquake experiences. Talk about a wake-up call! (Though my exact phrasing wasn't so clean as “wow.”) I had earthquake nightmares for the next two nights.

This is a tough one. I don't know if I can discriminate! I usually enjoy flying (after I'm actually ON the plane, that is), and there's nothing that screams freedom more than cruising down the highway with your windows down in a car. But sometimes I also like snuggling up on long bus or train rides, watching the scenery slip past the windows.

Arriving in a brand new place, or one you love that you haven't visited in a while. The rush of happiness can be intoxicating.

A lot of places were really hot last summer as my sister and I road tripped across America. St. Louis was hot and sticky, and Las Vegas was almost torture. But the hottest place? Probably Arches National Park in Utah on a sunny August afternoon. Note to self: 105+ degrees and blue skies does NOT make for good hiking weather…

I: Incredible service you’ve experienced and where:

At Barnacles Seaside Inn in Paraparaumu, New Zealand. Aorangi and Bill, the lovely kiwi couple who run the hostel, are some of the nicest, most welcoming people I've ever had the pleasure of meeting. They helped make me feel like a celebrity during my stay on the Kapiti Coast, and just thinking about them now makes me smile!

J: Journey that took the longest:

Any of my trips home from New Zealand. They have always included more than 24 hours of transit time, and usually an 8-hour layover in Los Angeles.

K: Keepsake from your travels:

I take tons of photos. Too many, probably. But photos are much cheaper and capture moments and places much better than any tacky souvenir I could buy. That being said, I also like to collect postcards and magnets from everywhere I visit, and my Claddagh ring I bought in Ireland hardly ever leaves my finger.

L: Let-down sight, why and where:

Hmm, this is a tough one. As I mentioned above, I don't really have a “least favorite” destination. But there have been a few places I've been to where I've felt somewhat let down. Seeing the Perth skyline in Australia for the first time was a bit anti-climactic; I didn't expect it to be so small. And my visit to Lake Matheson in New Zealand — known for its stunning reflections of the mountains in its calm waters — was a bust because everything was covered in fog and mist, making reflections impossible.

M: Moment where you fell in love with travel:

Probably the moment I set foot on Takapuna Beach in Auckland, New Zealand, on my first morning in the country. It marked the beginning of my first major trip abroad, and I think that's where I began really falling in love with NZ — and with travel. I'll never forget how happy I was that morning, despite the jet lag and the fact that our luggage got lost.

I generally don't do fancy hotels, but I have stayed in some nice ones nonetheless. A big Westernized hotel in Shanghai comes to mind, as does a cozy hotel I stayed in in the Ireland countryside. I, of course, can't remember their names…

O: Obsession—what are you obsessed with taking pictures of while traveling?:

Landscapes. Mountains, lakes, fields — you name it. I love nature and color and sunshine, and most of my photos end up featuring these sorts of things. 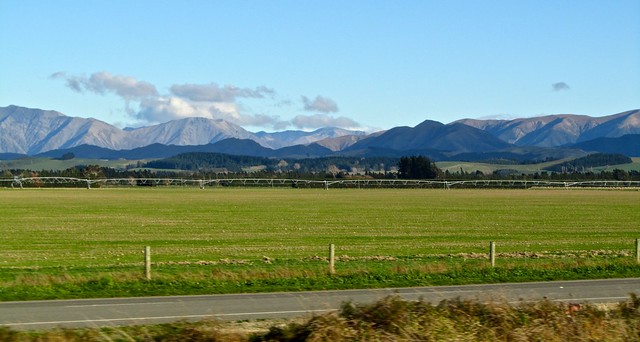 P: Passport stamps, how many and from where?

More than a dozen, though that's including return stamps. My stamps include multiple ones to New Zealand, and entry/exit stamps for Australia, Ireland, and Germany.

There were certainly plenty on my summer road trip across America! This country certainly does know how to do quirky attractions. The quirkiest was perhaps the Cadillac Ranch in Amarillo, Texas, which is a line of about a dozen old Cadillacs that have been half-buried in a field right next to the highway. You can stop by and spraypaint the cars at will. I'm told this is one of the most-visited roadside attractions in America.

I could give you a whole list here — from bungy jumping in New Zealand to snorkeling in Hawaii to climbing the Great Wall of China. But the first thing that came to mind was seeing a sunset (or sunrise) at the Grand Canyon. The Grand Canyon is absolutely amazing, and watching it be painted gold by the setting sun this past summer was one of the highlights of my travels thus far. It was breathtaking. 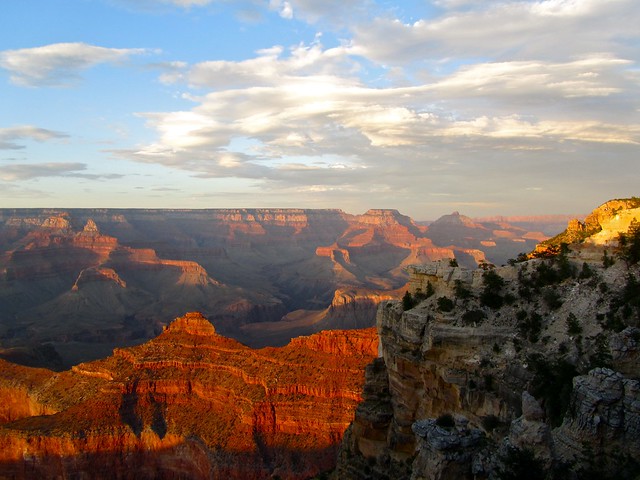 S: Splurge; something you have no problem forking over money for while traveling:

Anything that might be a once-in-a-lifetime sort of experience. I am a budget-conscious traveler, but by no means a full-on budget traveler. If there's something I really want to do or see, I generally don't let a price tag keep me away.

I'll be the first to admit that I LIKE being a tourist sometimes. I've done touristy things everywhere I've traveled — even if it's just one state over. I've climbed the “touristy” section of the Great Wall of China, tossed coins into the Trevi Fountain in Rome, taken photos with sheep in New Zealand, watched a sunset at the Grand Canyon, and have been on plenty of guided tours all over the world. I see nothing wrong with having these experiences. In fact, some of them have helped form some of my fondest travel memories! 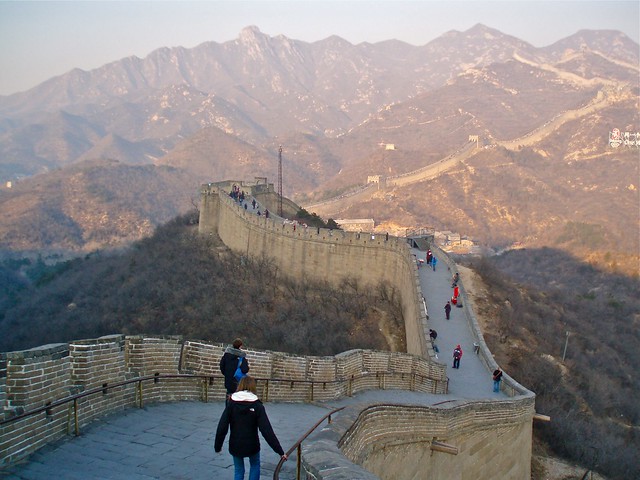 Performing a marching band concert ON the Great Wall of China in 2007. It was so surreal to be standing on such an ancient and iconic world wonder while crashing cymbals and playing pop songs. I will never, ever forget it.

V: Visas, how many and for where?

Two. One is my student visa from my semester abroad in New Zealand. The other is my tourist visa to visit China. Ironically, I was in NZ for 5 months and paid $0 for my visa, but was in China only 7 days and paid $100 for my visa there. Go figure. 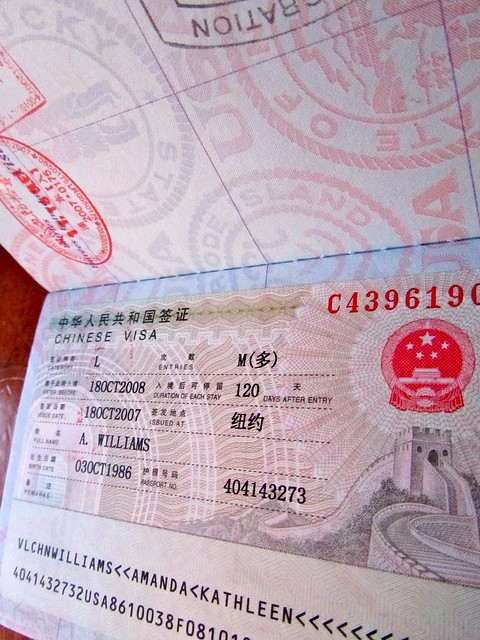 W: Wine, best glass of wine while traveling and where?

Well, as I said in the beer question, I don't really drink. But, if I did, I'm sure my answer would be New Zealand, because out of all the places I've been, they are probably the ones known for having the best wines.

X: eXcellent view and from where?:

You can't possibly ask me to pick just one! How about 3? First would be the North Rim of the Grand Canyon, looking across to the South. Second would be Top of the Rock in New York City, which gives you a 360-degree view of the city. And third would be anywhere above Queenstown, New Zealand, because that town is located in one of the most stunning places in the world.

If you add up all the time I've spent traveling (abroad and domestically) over the past 6 years or so, I'd say it has to be close to one year total. The longest I've been away from home at once, though, was my study abroad stint in New Zealand, which lasted nearly 5 months.

Z: Zealous sports fans and where?:

New Zealand, for sure! Those kiwis sure do love their rugby. 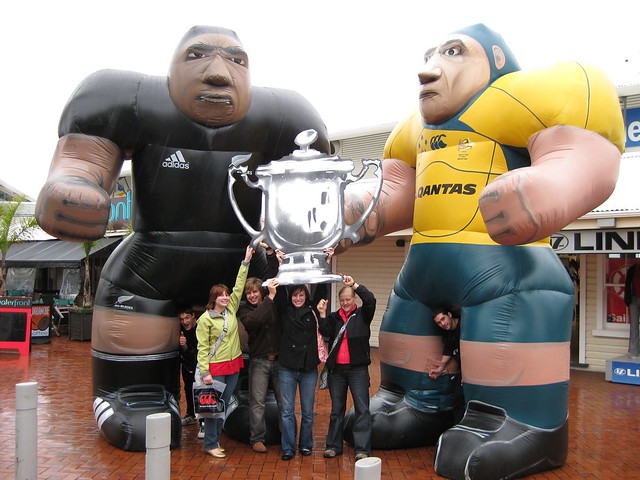