Today's guest post comes to you from Sofie Couwenbergh, a freelance writer and founder of the travel blog Wonderful Wanderings. From researching and writing for the Belgian Press Agency Belga, she switched to reporting on the many places her wanderlust takes her. She’s also an avid dancer who functions best on tea and chocolate. You can connect with Sofie on Twitter or Facebook.

People traveling to Portugal often head towards the Algarve for a beach vacation or Lisbon for a city trip. Although the city of Porto is starting to gain in popularity, they usually don’t think of going north.

And yet, it was the north that attracted us when we started to plan our road trip through Portugal last year. Images of green vineyards, small villages and calm beaches made us decide to spend most of our time there. Doing so, we fell in love with the region and its friendly people.

The tranquility of the Douro Valley 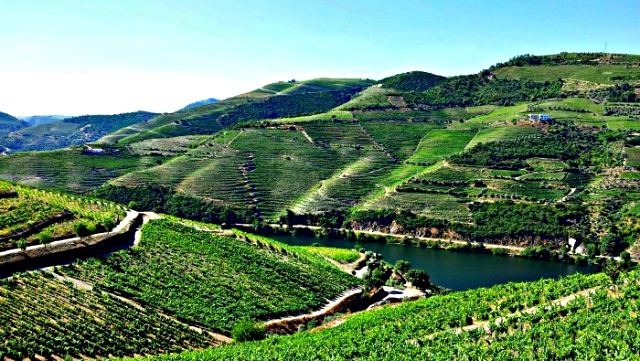 I think we made a smart choice by starting off in the Douro Valley. This place is all about enjoying the moment. On both sides of the river Douro that splits the valley in half, you’ll find nothing but vineyards. There’s a train that follows the river and takes you to Pinhão, just a small village but famous for the interior of its train station, which is covered in azulejos. There’s also a tiny harbor in Pinhão, which is actually not much more than a dock. From there you can take one of the many cruises on the river or hire a private sailboat — with or without a captain.

Don’t rush through the valley in a day, but rather spend a night there in one of the many quintas, like we did. You can go port tasting or simply enjoy a romantic dinner overlooking the vineyards.

The city of Porto After a good night’s rest it’s time to drive on to Porto. Although it’s the largest city in the north of Portugal and gaining traction, Porto is definitely not as touristy as Lisbon. Its hilly streets will train your calves while you’re walking from the center down to the water and back.

Foodies have to reserve a table at DOP Restaurant, run by master chef Rui Paula. I assure you I’ve never had a dinner as exquisite as I did there. Book lovers won’t be disappointed in Porto either, as it’s home to the Lello bookstore, famous from the Harry Potter movies.

And if you need a break there’s always the beach. Porto has a long coastline with a path that runs along the beach, at a lower level than the road. It’s ideal for taking a stroll and working on your tan afterwards.

The historical center of Guimarães Porto is a good base for those wanting to explore the north of Portugal as it provides easy access to some smaller towns, like Guimarães. This town is probably mostly known for the beautiful Igreja de Nossa Senhora da Consolação e Santos Passos, but the historical town center and the castle of the Dukes of Bragança shouldn’t be missed either.

The steps of Bom Jesus do Monte 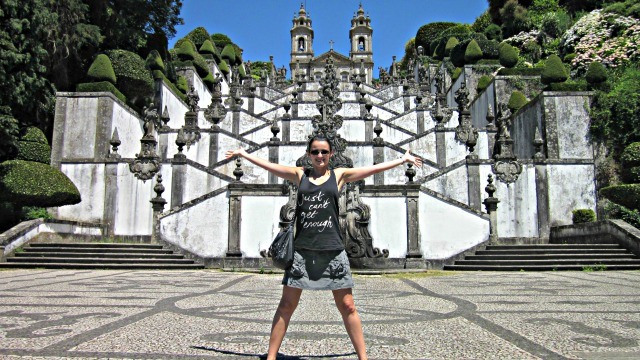 Half an hour from Guimarães lies Bom Jesus do Monte, outside the city of Braga. It’s a Portuguese sanctuary that is known for its large Baroque stairway and beautiful church. You can leave your car somewhere in the middle of the mountain and take the funicular up, or drive all the way up, like we did. The views from on top of Bom Jesus do Monte are spectacular, but you should definitely also take the stairs all the way down to the small platform there, which offers some great views as well as was less crowded when we were there. Of course this also means that you’ll have to take the stairs back up again afterwards… 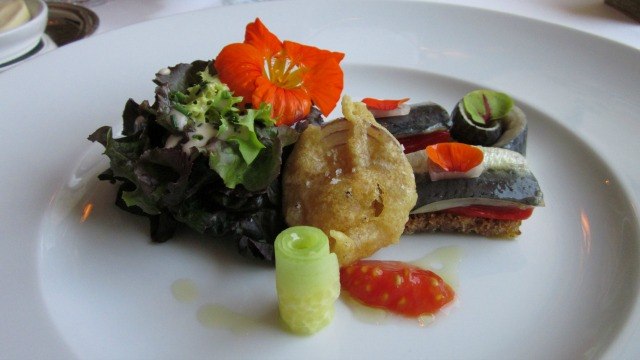 But no worries if you’re using up a lot of energy, because there are plenty of places in the north of Portugal — and in the whole of Portugal, actually — where you can regain that energy by having some delicious food. Fresh fish dishes are abundant here and not more expensive than a meat dish. Another thing Portugal is known for are its pastries and the cakes they serve for dessert.

You see now why I think you should visit the north of Portugal? There’s the calmness of the Douro Valley, the culture of Porto and the delicious food you’ll find all over the country. I had an amazing time there and I’m pretty sure you would too.

Do you have any other tips for Portugal?