Today's guest post comes from Kami of Kami & the Rest of the World. Kami is a Polish girl who tries to balance full-time work with a love of travel. She spends every free moment exploring new places or returning to old ones. She's already visited 43 countries, but new adventures are still ahead, with Morocco and Canada trips just around the corner. In this post, Kami describes a typical Christmas in her native Poland. It's always neat to read posts like this and learn about holiday traditions in other parts of the world.

Christmas is just around the corner, the jolly atmosphere is in the air, and everyone is getting excited about the holiday season. In Poland, Christmas is the favorite holiday of the year and is quite a big thing. Besides the typical traditions that can be found all over the world, Polish people have few other things that are a must during this time of the year. 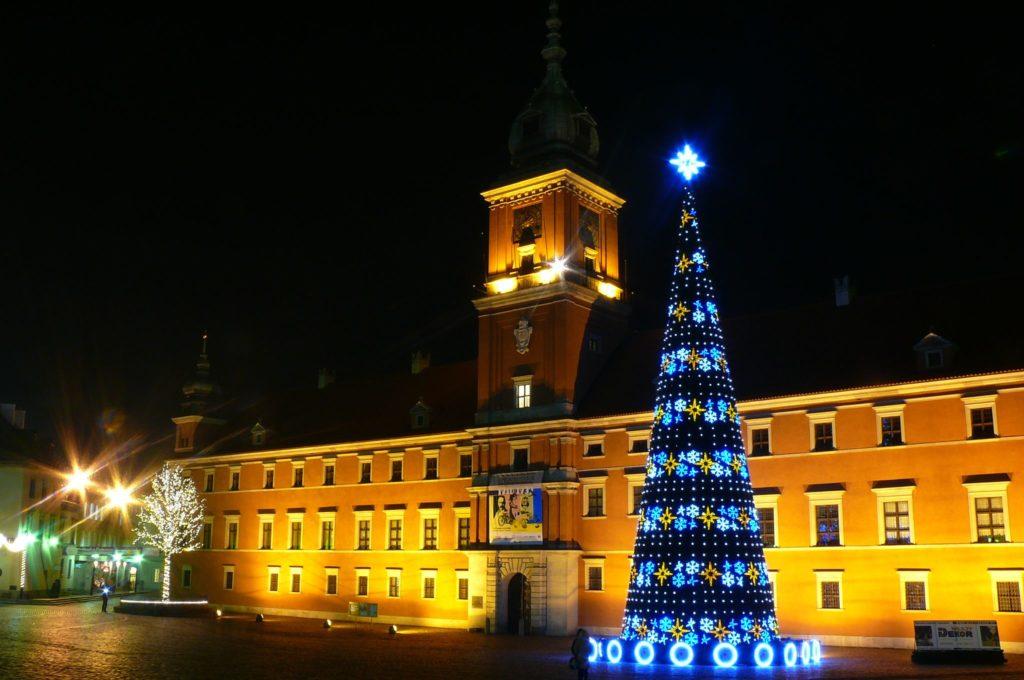 In Poland, the most important day is 24th of December, Christmas Eve. Sadly it is a working day, but most people take days off anyway and shops close much earlier than usual. In the evening, whole families gather together to celebrate the birth of Christ. Poland is still an extremely religious country — statistics say that almost 90% of the population consider themselves Catholics, and so most of the Christmas traditions come from that religion.

It is said that the Christmas dinner has to start when the first star appears in the sky. When setting the table for dinner, it’s important to put out one extra plate in case an unexpected guest arrives: a family member, a friend, or a traveler. It also symbolizes family members who have passed away, as well as a way of welcoming baby Jesus into the house. But most of all it shows the hospitality of Polish people that is so well known all over the world. But before the (massive) eating begins, it’s time to share the Christmas wafer. The head of the family breaks it and gives to everyone with best wishes for the upcoming year, then all family members share it with each other. No Christmas dinner can start without it! Once the wafer is shared  it’s time to sit behind the table and slack the belt as the big supper is about to begin.

On the Christmas table, under the tablecloth, a bundle of hay can be found. It’s put there to symbolize the fact that Jesus was born in a manger. Children often play a game — they remove a straw of hay from under the tablecloth. A green straw means a wealthy year, whereas black can bring you a bad luck. Of course most of the hay straws are green. As for the dinner itself, it is said that it has to consist of 12 dishes – one for each month of the year, but also one for each disciple of Jesus. Meat is supposed to be forbidden during Christmas dinner, so most of the dishes are fish — especially carp — mushrooms and cabbage. There are a couple of other dishes that are a must at that special supper, too: barszcz czerwony with uszka (beetroot soup with ravioli), pierogi, all possible carp variations, kutia (a sweet grain pudding), and dried fruits compote to drink. Trying each dish brings you luck in the next year. Usually there are many more dishes at the table, as Polish mothers and especially grandmothers are known for preparing way too much food.

When every person behind the table can’t eat anymore it’s time to relax a little bit and to sing Christmas carols. Finally also the moment everyone was looking forward to the most arrives — it’s time to open presents. The youngest members of the family have the task of taking presents from under the Christmas tree and giving them to each member of the family. At midnight, many families head to churches for a traditional Christmas Shepherd’s Mass — basically it’s just a more festive Mass with Christmas carols sung. It’s said that also at midnight animals speak languages, but since it brings a bad luck when people hear it, no one has ever witnessed that.

The next two days of Christmas, 25th and 26th December, are spent among family. In these busy times, Christmas is often the only time of the year when relatives meet. And of course lots and lots of delicious food is obligatory then.

Have a magical Christmas everyone!

Does YOUR culture have any unique Christmas traditions? Share them in the comments below!